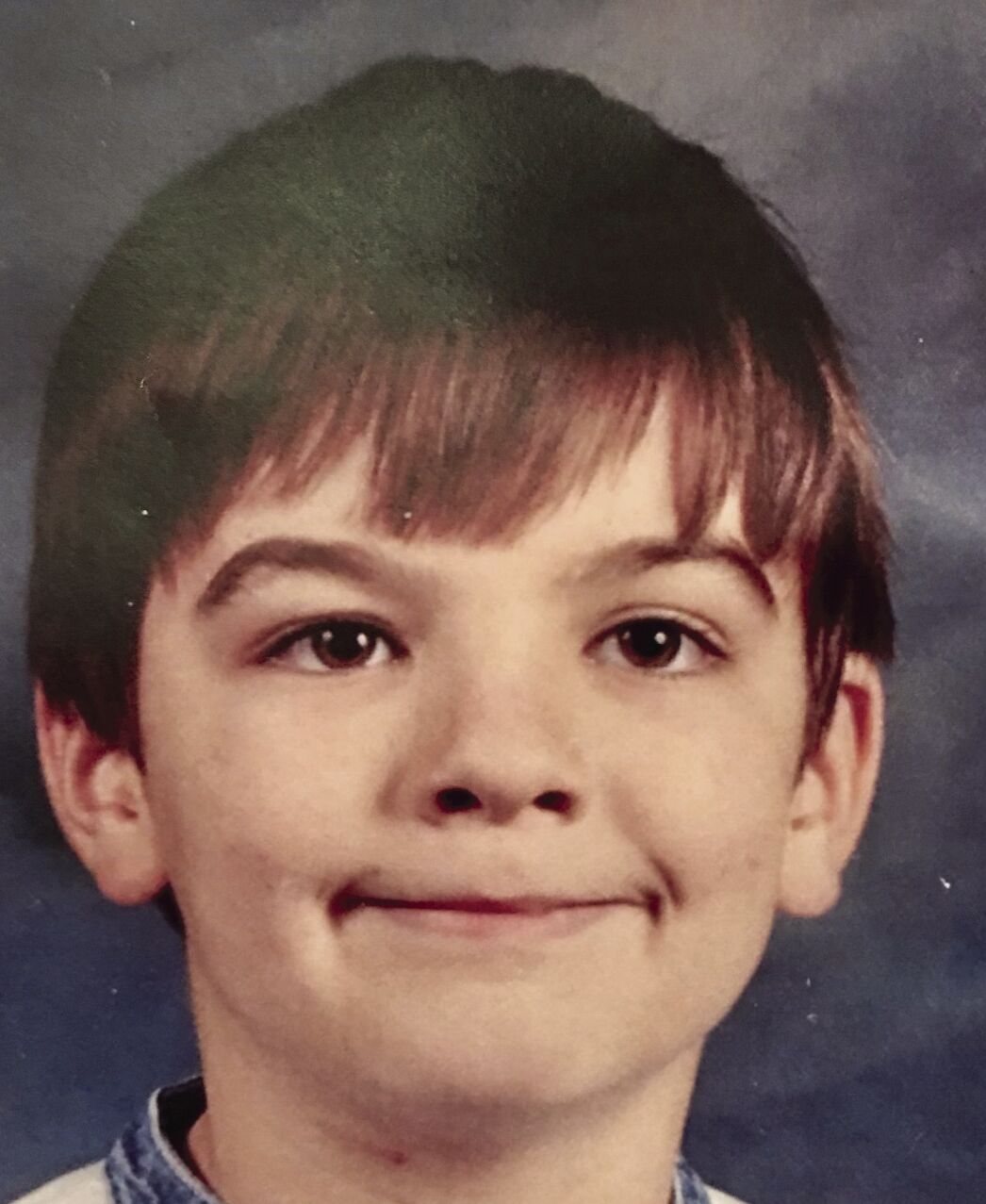 Bryar Wheeler was murdered at 7-years-old by his father Greg Wheeler in 2001. This photo was taken two weeks before his death. 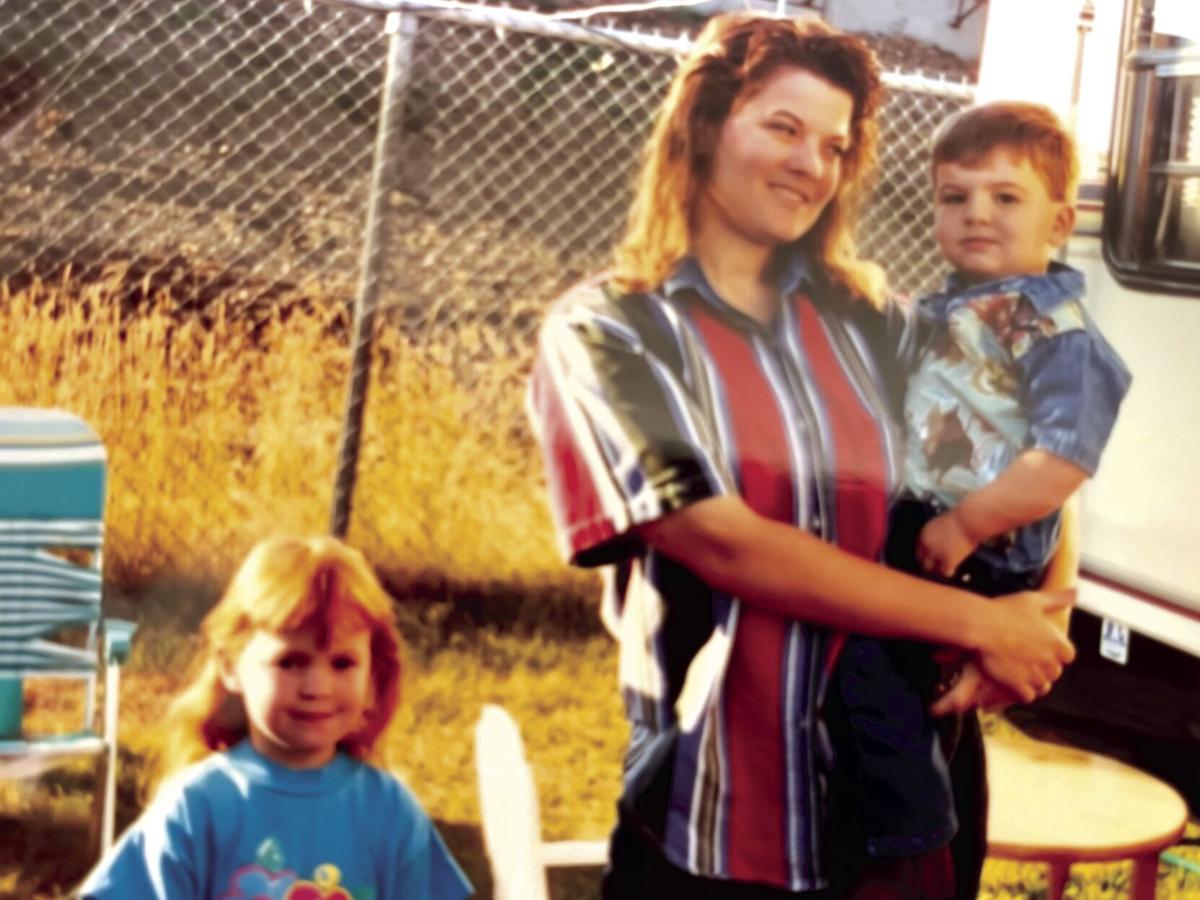 Cheyenne, Patti and Bryar pictured together. 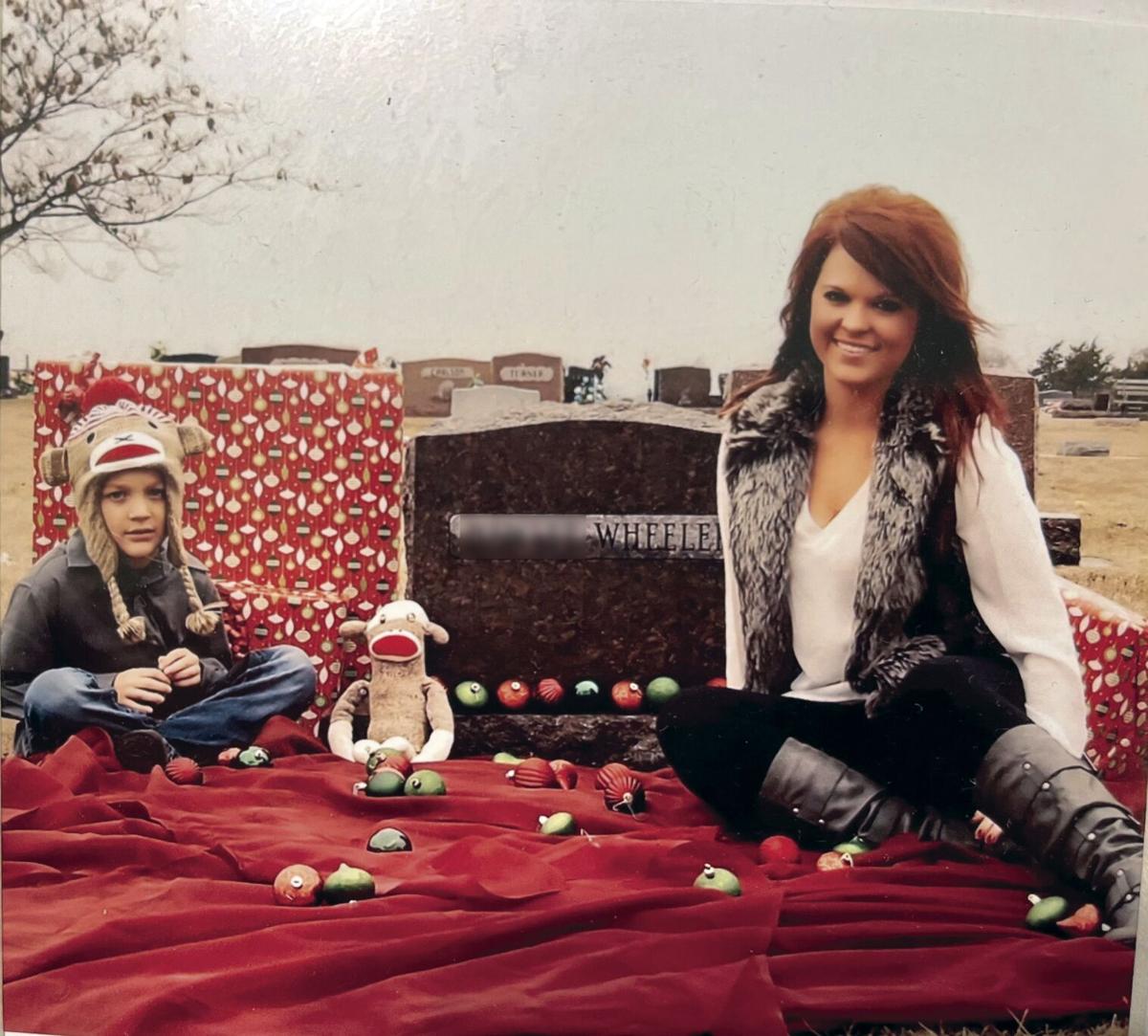 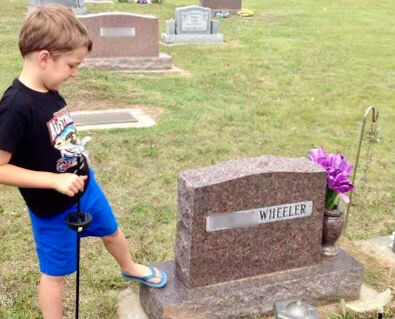 Kaden at 5-years-old visits the grave of his brother who was killed 20 years ago.

Bryar Wheeler was murdered at 7-years-old by his father Greg Wheeler in 2001. This photo was taken two weeks before his death.

Cheyenne, Patti and Bryar pictured together.

Kaden at 5-years-old visits the grave of his brother who was killed 20 years ago.

EDITOR’S NOTE: This is the fourth in a five-part series on domestic violence. The topic may be too sensitive for some readers.

Someone’s life can be completely changed in eight short minutes. It only took eight minutes for Patti Wheeler’s husband Greg to murder their son 7-year-old son and shoot her, before taking his own life.

It has been 20 years since Bryar Wheeler was killed by his father, who was returning him and his sister Cheyanne from supervised visitation.

Patti said she had left Greg months before the murder and was in the process of divorcing her abuser when he shot her and their son. She had begged for a protective order and asked for emergency custody, but says she was denied.

The judge threw out the protective order and told her Greg’s methamphetamine use didn’t endanger the children because he had been violent only toward her, Patti said.

Creek County Judge Richard Woolery, who handled family court, drug court and criminal court before retiring in 2020, said he doesn’t remember this specific case because it was 20 years ago and he handled thousands of cases throughout his career. Protective orders are sometimes used strategically in divorce proceedings, he said.

“We also see an awful lot of protective orders that are – by either side man or woman – used as the opening gambit of a divorce,” Woolery said. “And so you just don’t upend everybody’s life without being shown some good reason and all I can speculate is that I wasn’t shown what I needed to see, that there was a reason for an emergency.”

Patti said she went to police about threats Wheeler made, threats that make her believe he planned the killing. Law enforcement told her they couldn’t do anything about the threats unless Wheeler acted on them, she said. And he did, less then six months after the protective order was denied.

“Yes, I think it was premeditated murder for the simple fact that he showed up there with a gun. He kept those kids from 10 a.m., spent the day with them, brought them back with a loaded 9mm gun in his pocket,” she said. “Not in a holster … in his pocket, who would have seen that?”

Cheyenne said Wheeler and Bryar were in the backseat and she was in the front seat. When they pulled up, she went to get their bags and Wheeler told her to go get Patti. She saw the gun, but it wasn’t uncommon for him to have one, she said.

“I went there and I told her … what he said … and she kind of looked alarmed,” Cheyenne said.

Wheeler circled the house where Patti was living, gun in hand and shot into the windows. She grabbed her two children and pulled them into the back bedroom, while the friend she was staying with went into the bathroom and called the Southwestern Bell operator to get help.

“While she was on the phone with the operator you could hear him, there was a wood door that had nine panels across there,” Patti said. “Instead of breaking out the glass he shot out the wood panels.” And then he reached around, unlocked the door and came into the house.”

Patti grabbed her cell phone from the kitchen and hit redial, calling her babysitter and telling her Wheeler was there shooting a gun. Cheyenne said she was under the bed, but Bryar’s coat prevented him from being able to get under it. He was behind Patti when Wheeler broke down the door

“He shot mom in the face and then once she dropped, he grabbed Bryar and was like, ‘You know, if I can’t have him nobody’s gonna have him’ and shot him,” Cheyenne said.

At that point Wheeler realized what he did and shot himself in the head, falling into the closet, she said.

“I was under the bed, screaming at the top of my lungs, pushing my eardrums in as hard as I could and staring into the carpet until my mom yelled at me to get out,” Cheyenne said.

“He was in the ICU for the longest, shortest four days. It seems like it was forever and it seemed like it would never end,” Patti said. “But you always knew that when it would end that he was gone.”

Bryar’s organs were donated, which Patti said was difficult but she did it because she didn’t want another mother to feel her pain. His heart went to an 18-month-old baby who lived to be three, his kidneys and his liver went to adult women and “his eyes are out there” Patti said. His lungs went to a child named Ashley who lived four more years.

Cheyenne and Ashley became close and called each other “donor sisters.” When Ashley died, Patti said it was hard on her and Cheyenne.

Bryar was looking forward to being a husband, uncle and father, he had plans for his future, things he didn’t get to experience. Bryar wanted to be a pipeliner and a bull rider, just like his dad, and grandfather.

“Mike said that Bryar never got a chance to win his own,” Patti said. “Bryar was buried with the buckle.”

The day he was murdered, one of the last things he mentioned was church, Patti said.

“He loved going to church … right before Greg broke into the house … he was telling me how we had to hurry up and get to church,” Patti said. “We’d leave there and church started at 7 p.m.”

Patti wants people to know that Bryar loved life and was looking forward to his future, even at 7 years old.

After her son was murdered, Patti started researching methamphetamine addiction and domestic violence. She then approached lawmakers to help ensure a tragedy like hers wouldn’t happen again.

In 2002, Rep. Dale Wells authored HB2699, the Bryar Wheeler Act which specifies certain conditions related to court-ordered supervised visitation and created the Oklahoma Child Supervised Visitation program. Prior to this law, Wheeler had been able to choose his own supervisor, who was a friend.

“Now in the law, in these cases where drugs, alcohol, domestic violence and mental illness is involved, supervisors will be trained and appointed by the court,” Patti said. “It’s designed for police officers, DHS workers and people that are trained to know the warning signs.”

Woolery said the protective order statute is “flawed” because it forces the judge to be a prosecutor, investigator and a judge. He believes protective orders should go to district attorneys before going to a judge.

Through the Bryar Wheeler Act, Bryar’s story helped save lives even though he lost his own. It’s bittersweet for Patti and Cheyenne to know the law named for him may have prevented other deaths while they missed out on the opportunity to watch him grow up and celebrate his achievements.

“The nightmares aren’t as bad as when you have the dream that they’re alive, graduating high school, going to prom, getting married,” Patti said. “Then you wake up to the reality of the nightmare.”

Missed milestones aren’t the only hardship they faced. Some years, on the anniversary of Bryar’s death, Patti can barely get out of bed. Other times she forces herself.

Patti said the anniversary of the murder is hard, but then four days after that date, she has to relive the day he died. She has two anniversaries that bring her pain and “four days of hell in between,” she said.

Now that Bryar isn’t here, Patti said all she has left of him are the things he left behind and a headstone. The first few years she visited his grave everyday and then other times she couldn’t, which made her feel guilty, she said.

Cheyenne moved away but Patti still lives in Payne County so she can stay close to Bryar.

Patti has remarried and has another son, who she said has the same personality as Bryar. His middle name is Lee, just like Bryar’s. Kaden is angry that he never got to meet his brother, she said.

Moving on doesn’t mean forgetting and not a day goes by that Patti doesn’t remember.

“You feel his presence and other times you want to feel it so bad and it’s just not there.”

October has been recognized as domestic violence awareness month for the last 34 years, but the violence persists.