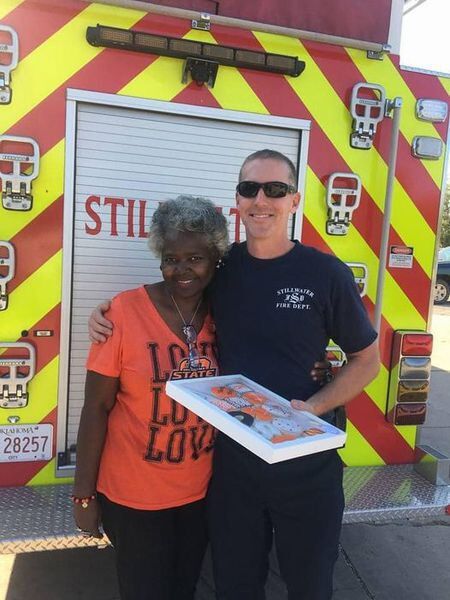 Provided by Keysha Sanders. Annette Turner and Randy Blake pose together for a picture. Blake saved Turner's life during the 2015 homecoming parade crash. 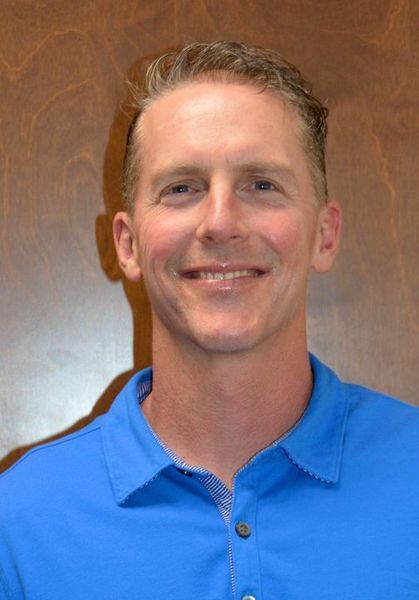 Provided by Kristy Kitsman Randy Blake has been battling COVID-19 for several weeks. those closest to him are asking for prayers.

Provided by Keysha Sanders. Annette Turner and Randy Blake pose together for a picture. Blake saved Turner's life during the 2015 homecoming parade crash.

Provided by Kristy Kitsman Randy Blake has been battling COVID-19 for several weeks. those closest to him are asking for prayers.

The Stillwater community is rallying together and sending prayers to Capt. Randy Blake with the Stillwater Fire Department. He has been battling COVID-19 for a couple of weeks.

Blake is currently in a hospital in Tulsa on life support.

The Stillwater community spoke highly of Blake, and many people took to Facebook urging everyone to pray for him.

Among them is Keysha Sanders, who has lived in Stillwater her whole life and is familiar with Blake.

She had a hard time putting into words who Blake is, because he is so many things.

Sanders looked back at the time that Blake saved her mother’s life after the 2015 Homecoming Parade crash.

“Out of nowhere, I can hear someone say my name, it’s Randy. He comes and he gets me and tells me I need to stop, he needs my help. You can’t hear, you just can’t hear during that time. So I’m like ‘OK, OK.’ At the time, my mom was laying face down and I did not know it was her,” she said.

Sanders said although she was unaware the woman laying face down was her mother, she said Blake knew.

“If Randy had not been standing there, I don’t know what I would have done because I knew he was going to do whatever it took. He knew my mom, also, since he was middle school aged,” Sanders said.

Sanders isn’t the only one to talk about how Blake has impacted the community.

Blake is also a CASA for Kids volunteer.

Kristy Kitsman, Executive Director at CASA for Kids said, “Randy is the epitome of a true servant. His care for others is evident in the way he lives his life.

Blake has been a volunteer there since 2017, and has heavily advocated for neglected and abused children.

“He continued to sow into so many people’s lives every single day. Through CASA, in Stillwater we have so many children that need that advocate, that they don’t have. He is a firm believer in that, as well as I,” Sanders said.

CASA released a statement via Facebook asking for people in the community to pray for Blake, and those close to him.

“One of our own, Randy Blake, is in the fight of his life against COVID-19. Please keep Randy, his wife and children, his Stillwater Fire Department family, some who are also affected and his medical team in your constant thoughts and prayers,” the post read.

For those interested in donating to help the Blake family with medical costs or anything else they may need, the Sunnybrook Christian Church has set up a donation for the family.

To donate go to the website below. On the memo line, put Blake and the church will get the funds to the Blake family.

“Stillwater is an amazing community and people can tell me all day long your community is amazing, no,” Sanders said. “You don’t know what a community is until you’ve lived here through the most traumatic times and events. We are like no other, we will rally around and do what we can.”

Anthony Lebron Sparks Jr., 30, passed away August 21, 2021 in Chandler Arizona. Memorial service will be held Saturday, September 18, 2021 at 11:00am at Southside Baptist Church, Stillwater. Condolences may be sent via online www.dightonmarler.com