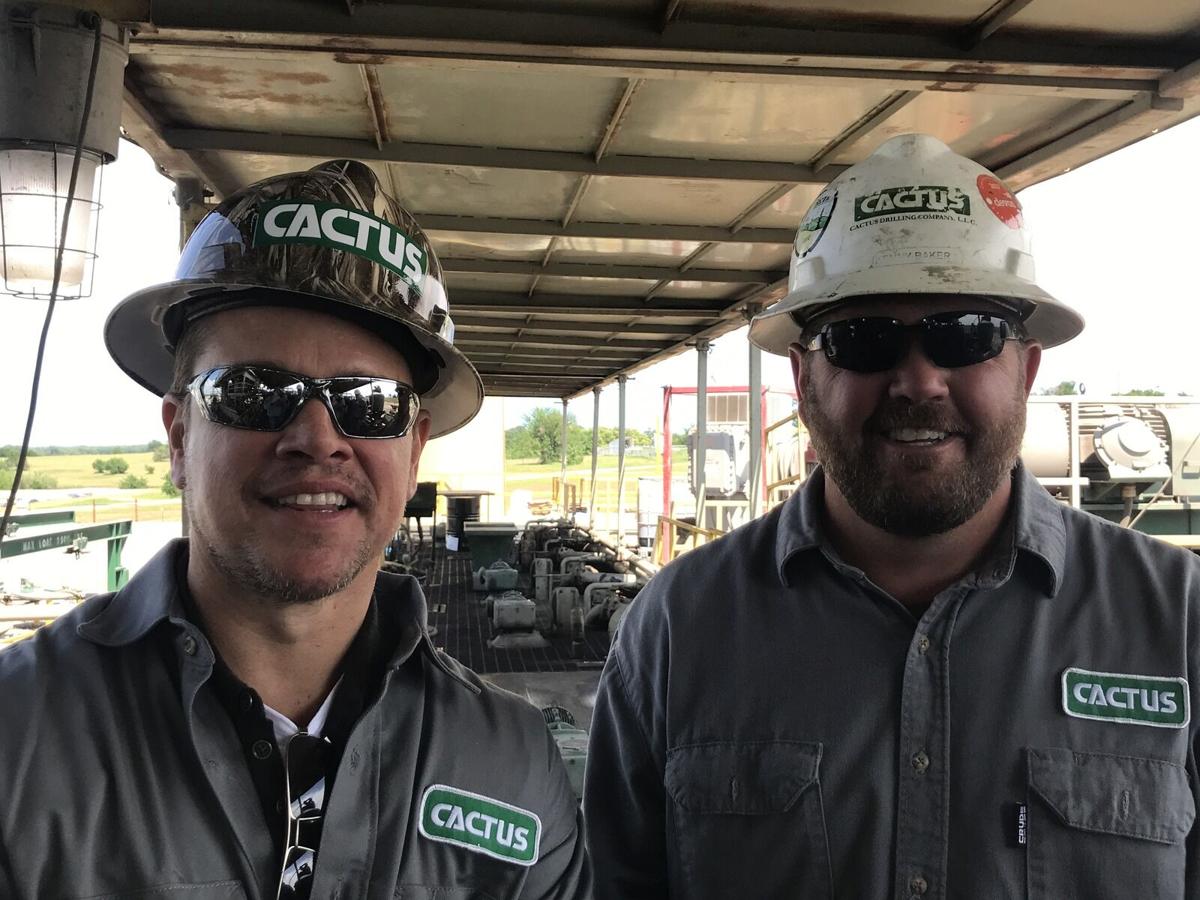 Kenny Baker, (right) a drilling supervisor for Cactus Drilling, showed actor Matt Damon the ropes at a oilfield site as part of the actors preparation for the movie "Stillwater."  Provided 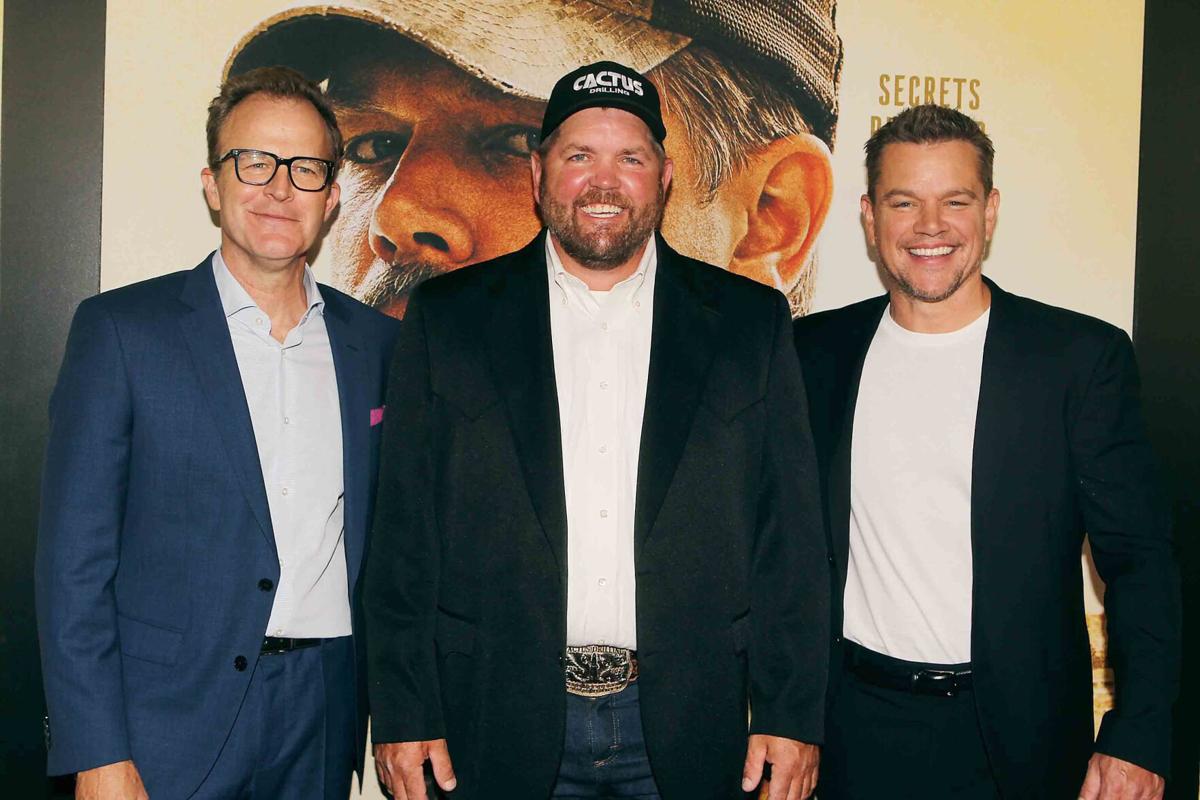 Kenny Baker, (right) a drilling supervisor for Cactus Drilling, showed actor Matt Damon the ropes at a oilfield site as part of the actors preparation for the movie "Stillwater."  Provided

When Hollywood came calling, Kenny Baker, a drilling supervisor from Marlow, found himself helping Oscar winner Matt Damon perfect the details of the Oklahoma roughneck he plays in the recently released film “Stillwater.”

Oklahomans can thank him for making sure the fine points were done right, whether it’s the meal Damon’s character orders at Sonic Drive-in or the way he pronounces words like theater.

Baker says he argued for it, finally convincing McCarthy, the film’s writer and director, by calling it out near a crowd. When McCarthy saw their response, he knew it had to be included.

Baker became a technical advisor on all things Oklahoma as Damon crafted his character and it shows. When you meet Baker in person he’s wearing the same type of plaid button-down shirt and jeans and the brim of his cap is molded into the same curve. Damon’s character Bill Baker walks like him and they have the same set to their shoulders.

Baker saw it too when he came to a screening of the film hosted for the City of Stillwater.

“The walking and the speaking, I was sitting there listening to the words, ‘Yep, I say that. Yep, I say that,’” he said of Damon’s portrayal.

Baker said he had worried about how oilfield workers would be represented. He’s wary of what he says are outdated stereotypes and he didn’t love the fact that Damon’s character had a tattoo.

But he’s pleased with the way Damon represented Oklahomans, even though he plays a character who has struggled in life, because he’s trying to do better.

What started as an interesting experience that Baker couldn’t talk about for more than two years, has grown into a genuine friendship with a couple of Hollywood A-listers.

It’s a surreal experience for a guy who graduated with a class of 27 from Rush Springs High School to go from working his day-to-day job and living his life to suddenly being name-dropped by movie stars and fielding phone calls from media outlets like CNN and TMZ.

Baker said a few friends have teased him by calling him “Hollywood” or similar nicknames, but the experience hasn’t changed who he is and it won’t.

Even when he found himself traveling with his family to New York City for the film’s premiere and walking the red carpet – something he admitted he has always wanted to do – he did it Kenny Baker style, adding a suit jacket to his white shirt and jeans and topping it off with his best Cactus Drilling cap.

Both McCarthy and Damon told the News Press they learned a lot during their time in Oklahoma and they came to really like and respect the people they met here.

Baker agrees that things would be better if more people from different places and backgrounds who might not agree about politics got to know each other as people.

“We had a lot of conversations about that,” Baker said. “Especially during the pandemic, we would call or text and send pictures of our kids. And I agree, the politics deal … a lot of times we just need to sit back and say, ‘Why do you believe this?’ … A lot of it is getting it out of your comfort zone. If you don’t ever get out of your comfort zone, you’ll never grow … If people would see the world and be open-minded, they would see what me and Matt have seen in our friendship.”