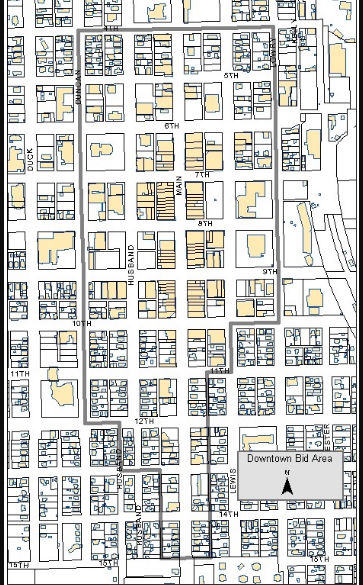 This map shows the boundaries of the downtown Business Improvement District that expired in August 2017. Downtown merchants and other residents are now being asked to consider forming a new BID for the downtown area that would collect a special assessment to make improvements. Image provided 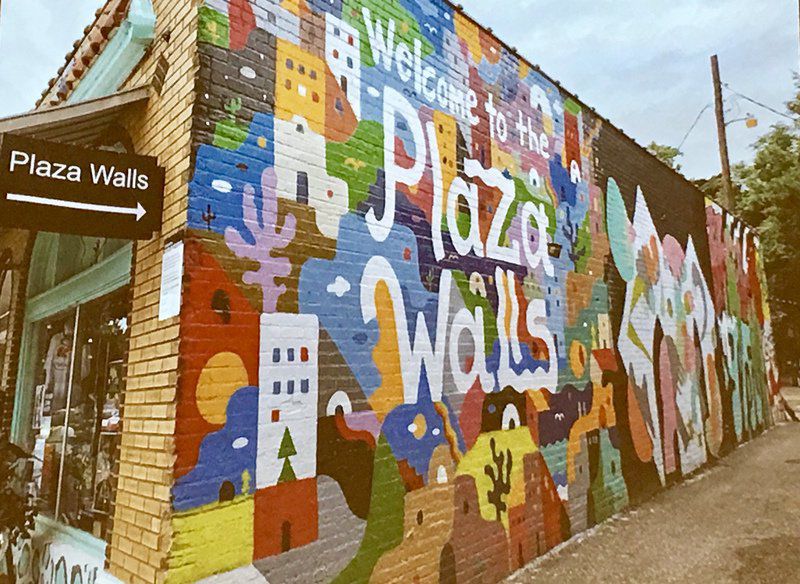 The atmosphere and sense of place created by public art like the Plaza Walls mural project that transformed a grungy alley into a welcoming space was an important ingredient in the revitalization of the Plaza District in Oklahoma City. Photo provided 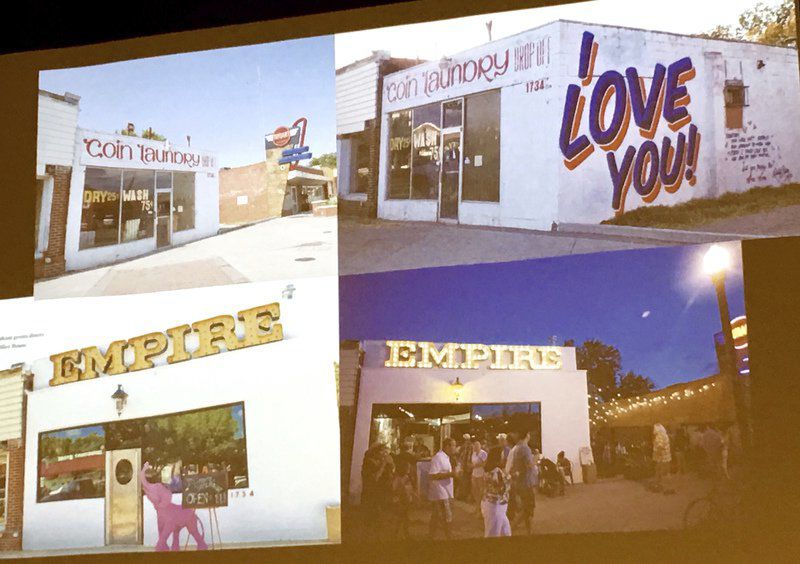 This map shows the boundaries of the downtown Business Improvement District that expired in August 2017. Downtown merchants and other residents are now being asked to consider forming a new BID for the downtown area that would collect a special assessment to make improvements. Image provided

The atmosphere and sense of place created by public art like the Plaza Walls mural project that transformed a grungy alley into a welcoming space was an important ingredient in the revitalization of the Plaza District in Oklahoma City. Photo provided

There’s no question that Stillwater’s downtown area is very different than it was 10 years ago when vacant buildings with outdated soffits and faded exteriors dominated.

Much of Main Street from Sixth through Ninth Avenue now presents as an attractive, bustling business district with a mix of retail, services, bars and restaurants. The development has spread east and westward along side streets as well. The area south of 9th Avenue on Main Street has been slower to improve.

About 50 residents and business owners gathered with city staff and elected officials Monday night to hear about how several districts in Oklahoma City organized to revitalize themselves, and how Stillwater might adopt Business Improvement Districts to drive similar efforts in its downtown, at Campus Corner around Knoblock Street and on Washington Street, which is known as The Strip.

Much of the redevelopment that has already occurred in downtown is the product of city investment in the form of a few targeted economic development incentives through sales tax rebates and the adoption of a Business Improvement District that collected a special assessment on downtown properties in a defined area and used that money to fund improvements.

Although the program awarded facade improvement grants to some individual members, its biggest accomplishment seems to have been installing landscaping with planting beds and sculptures, placing trash cans and installing decorative bike racks and benches.

The planting beds are still maintained with funding that was left over when BID No. 1 expired in August 2017.

Most members of the BID board wanted to establish a new one that would make a few operational and boundary adjustments but would take effect without much lag time. At least one proposal was presented at the time.

But city officials were working with a consultant Dan Batchelor of the Center for Economic Development Law on what would eventually become a plan to adopt a Tax Increment Financing district to encourage redevelopment projects across the area south and east of the Oklahoma State University campus and extending through downtown. They urged the downtown business owners to wait and see what might be possible.

The TIF was adopted last year after a fight that pitted the City of Stillwater against Payne County, Meridian Technology Center and a group of citizens who filed a petition in hopes of stopping it.

With the TIF in place as a funding mechanism for redevelopment, the City is turning its attention to whether downtown business and property owners want to establish a new BID.

At least some business owners felt a vacuum when the BID expired and began organizing merchant meetings to ensure they were still working together. That morphed into the Downtown Stillwater Association, which is now working with the Main Street America preservation program to promote downtown Stillwater.

The business owners heard from representatives last year who said a BID could collect an assessment to provide funding for activities and marketing through a Main Street program.

The people in attendance Monday heard a presentation from Plaza District Director Selena Skorman, who gave an overview of the Oklahoma City neighborhood’s efforts and events. She said events are really the key to driving traffic and keeping the neighborhood vital. It is a success story but also has challenges.

Because the Plaza District operates on voluntary payments instead of a BID, it’s hard to meet goals and the staff, which consists of Skorman and one part-time employee often have to cut services for businesses that don’t pay when their bill is due. It’s hard to not know how much they’ll have to operate on, Plaza District board member and Director of Urban Planning for ADG AJ Kirkpatrick said.

He explained that BIDs are more flexible now thanks to other groups that lobbied the legislature over the years to change the laws regarding special assessment districts. Oklahoma’s statute is still based on the rural paving district model, which doesn’t neatly fit with current economic development efforts.

The move to consider a new BID or series of BIDs for different areas of town is in the early phase.

Batchelor asked attendees to fill out a survey identifying how they’re affiliated and which areas they’re interested in seeing something happen.

He plans to begin contacting people within a few weeks to participate in more surveys and small group meetings to see what Stillwater’s new BIDs might look like.

There are many options and the way the original downtown BID was designed is probably not what would be wanted now, Kirkpatrick said.

The eventual plan is to appoint a steering committee that would help make decisions about things like boundaries, goals, budgets and an assessment formula.

There are several ways to adopt a BID but having the owners of at least 60 percent of the property in the area sign a petition is the most common, Kirkpatrick said.

It is ultimately up to the City Council to create a BID even if the petition reaches that threshold.