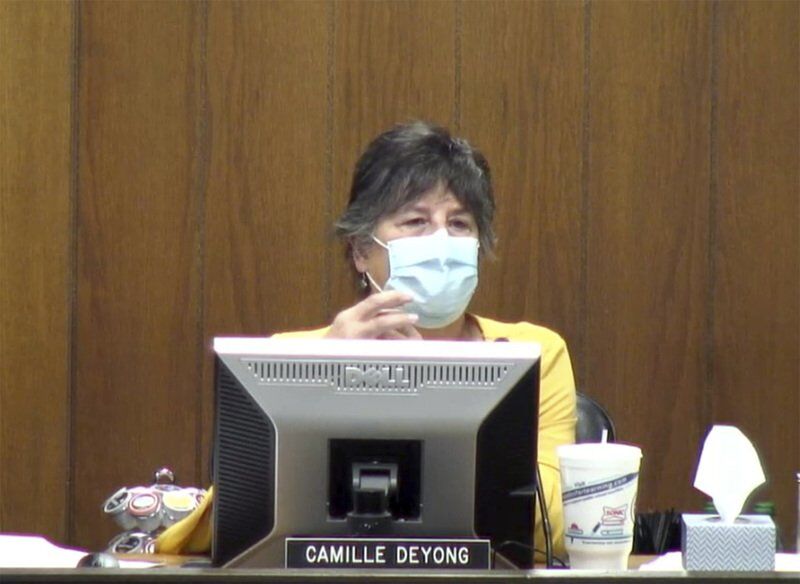 Screen Grab Camille DeYong, who served as Board of Education President in 2018, was voted to serve as president during Tuesday's meeting. 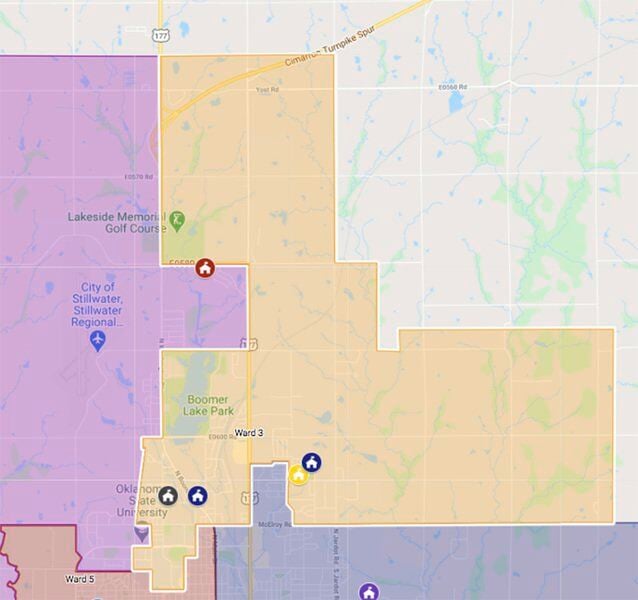 SPS The vacant seat on the Stillwater Boar of Education will be filled by someone living within Ward 3, covering northeast portions of the SPS district.

Screen Grab Camille DeYong, who served as Board of Education President in 2018, was voted to serve as president during Tuesday's meeting.

SPS The vacant seat on the Stillwater Boar of Education will be filled by someone living within Ward 3, covering northeast portions of the SPS district.

The Stillwater Board of Education named a new board President and Vice President following the resignation of former board president Mitsi Andrews.

The board named Camille DeYong as president and Tim Riley as Vice President. Riley was serving as president while Andrews was board president. DeYong and Riley will next set a time for applications and interviews for Ward 3.

Andrews created a vacant board seat when she submitted her resignation Sept. 20, 2020. She was sworn in 2018, so whomever replaces her on the board will fill the last part of a five-year term. That position will now be filled through an application process by the School Board, it will not trigger another election unless the board is unable to fill the seat within a 60 period after it was declared vacant.

“It is with heavy heart that I submit my resignation as Stillwater School Board President and Ward #3 School Board Member effective immediately. I love this district. I love the people working in it. I have served with such a strong desire and commitment to continue the momentum of SPS’s mission and goals,” Andrews wrote in her resignation letter. “But my body and spirit cannot keep up with the constant demands of this position. A job that receives very little acknowledgement of the hundreds of hours that I have spent working for the District.”

Andrews became a target for criticism while the board was deciding on class schedules and extra curricular activities during the COVID-19 pandemic. In the letter, Andrews described her treatment by disgruntled community members as “bullying.”

“The threats, harassment and bullying mindset from a whole host of community members have me worried about the safety of my family and myself,” she wrote. “I hope that I have left the SPS family with a sense that I served wholly and completely. We are in such difficult circumstances and believe that perhaps someone else can fill the Ward #3 seat better than me.

“I honestly can say that I served with my whole heart but that simply was not good enough for so many.”

She then thanked SPS Superintendent Marc Moore, along with SPS administrators, teachers and staff.

“I cannot say it enough…I was so proud to serve alongside you,” she wrote.

Those looking to serve in Ward 3 will soon be able to file an application with the Administration Office. Ward 3 covers areas north and east of the SPS district boundaries. The full map can be seen at the district board of education website.