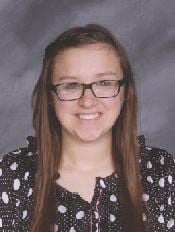 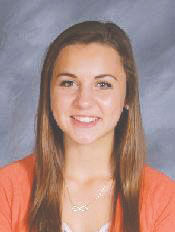 Elizabeth Teeman is the daughter of Richard and Amber Teeman. She is vice president of Key Club and a member of National Honor Society, Beta Club, Indian Student Association and Future Career and Community Leaders of America. She volunteers a couple days a week at the Stillwater Public Library and is helping out with Stillwater Makes a Change week. She has earned the Indian Honor Society Award, the President’s Education Award and Excellence for American Government.

Teeman is described as musical, hard-working and caring. She plays the violin in the Stillwater High School Orchestra. Outside of school, she is active in her church youth group, helps run sound booth, lights and music for Starlight Ministries. She is in Girl Scouts, helps with her disabled sister and works part-time at Sonic. After high school, she plans to attend Oral Roberts University.

Madison Weiser is the daughter of Mark and Angela Weiser. She is vice president of Beta Club, a senior class representative for Student Council, a member of National Honor Society and Youth in Government. She volunteers as a stage manager for youth theater and give leadership presentations to youth in boys and girls clubs. Last summer, she went on a medical mission trip to Nicaragua. She is the 2015 Distinguished Young Woman of Oklahoma and the 2013 Future Career and Community Leaders of America State Creed Winner. She has earned the Rotary Youth Leadership Award.

Madison is described as dedicated, optimistic and ambitious. She is captain of the Stillwater High School cheer squad and a member of the high school orchestra. Outside of school, she is a member of the Center Stage Theatre Company, takes piano, voice lessons, dance and tumbling.  After high school, she plans to attend the University of Virginia and study developmental psychology or business.