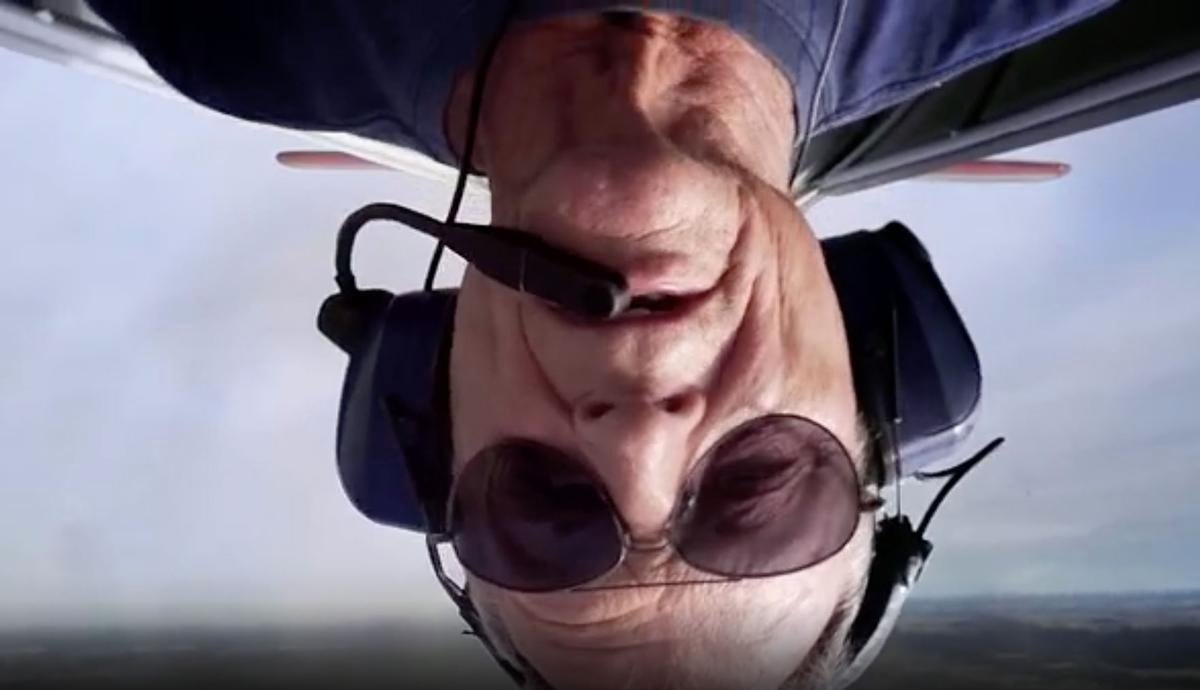 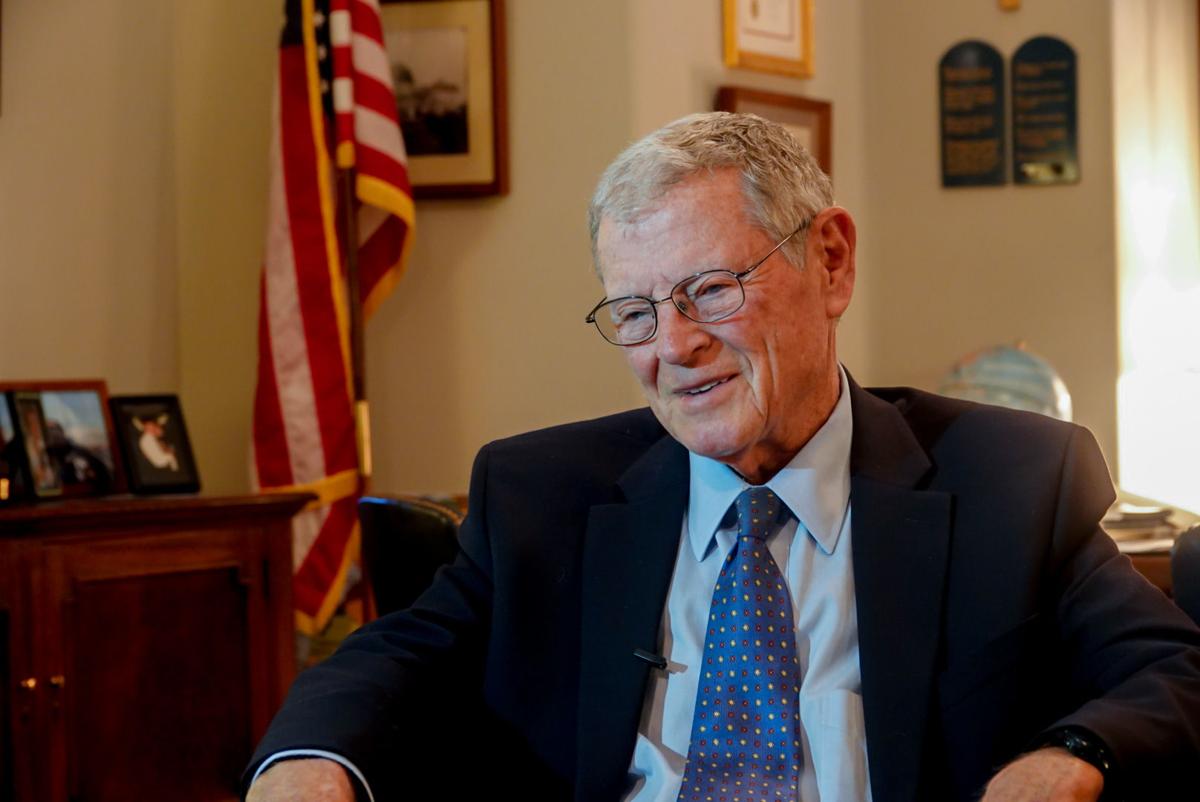 Oklahoma Senator Jim Inhofe in his office in February.

Oklahoma Sen. Jim Inhofe (R-OK) released a campaign video of himself flying a plane upside down to announce his campaign for reelection in 2020 and prove he’s still not too old to be in Congress.

“I’ll be announcing for office upside down and that’s to overcome the criticism, just criticism of my age and so my position has always been,” Inhofe said. “When I can no longer fly a plane upside down, then I’m too old to be in the United States Senate.”

On Thursday, Inhofe finally announced his plans for running for reelection.

Inhofe announced his reelection plans for his fourth term in August 2013 in an exclusive interview with local Tulsa radio station, KRMG. He was reelected in November of 2014.

Now, seven months behind his previous campaign schedule, he has announced he is running for a fifth term.

Inhofe has been in Congress for a combined 33 years beginning in 1987 where he represented Oklahoma’s 1st Congressional District. Six years later, he moved to the Senate and has been there since 1994.

And he’s not done yet.

In 2013, Inhofe had emergency quadruple bypass surgery. Shortly after, he told reporters he felt great and even joked about how strong he felt.

“I’m going to be an Olympian,” Inhofe said.

Despite all that, at 85, Inhofe still flies planes upside down and still plans on serving in Congress.

Inhofe says there are three main reasons why he is choosing to run for reelection. The first is to protect Oklahomans from the liberal agenda of the Democrats. Second, Inhofe’s friendship with President Donald Trump will be beneficial to Oklahomans in the long run. And third, his position as the chairman of the Senate Armed Services Committee opens a lot of doors toward achieving a higher productivity rate which would be beneficial to Oklahomans more than electing a freshman who must work their way up.

Another important issue Inhofe hopes to tackle if reelected is the economy.

“We all know about the economy, best economy we’ve had now for-- in my lifetime and it’s primarily due to two things: the tax cuts and the deregulation, and that’s something we will be talking about in this campaign,” Inhofe said.

Inhofe has one competitor in the senatorial race. J.J. Stitt is another Republican running for the senate seat. Five Democrats have also filed for Inhofe’s seat.

As the chairman of the Senate Armed Services Committee, Inhofe said he is working hard to see Oklahoma’s veterans receive better care and treatment by establishing a new veterans hospital in Tulsa.

“In 2015 there was an article in the USA Today talking about Oklahoma not performing for veterans and we got busy and we changed everything,” Inhofe said. “We had to fire two administrators and now as a result, the president would tell you he has $173 million in his budget that would be for the VA hospital in Tulsa. So we are doing well with our veterans now and all the veterans agree.”

Gaylord News is a reporting project of the University of Oklahoma Gaylord College of Journalism and Mass Communication.