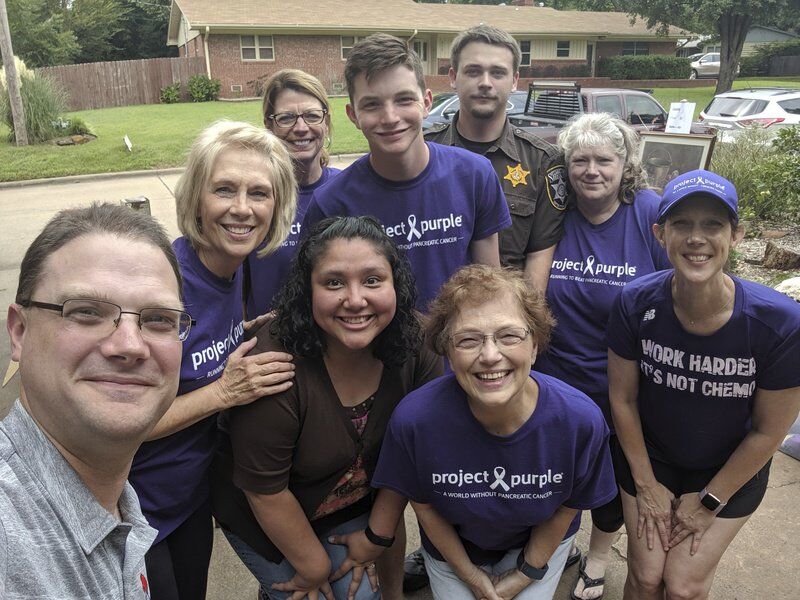 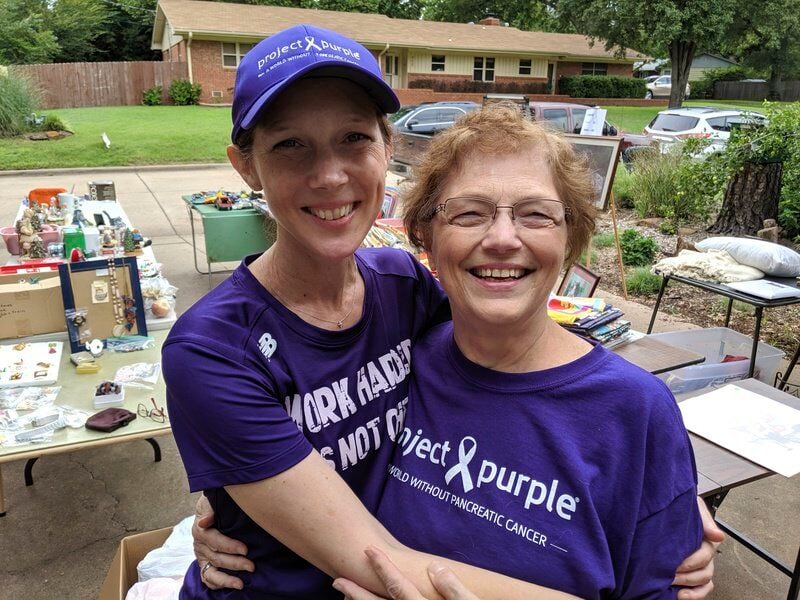 Provided Pam Sargent-Morris and Diana Sargent have been hosting garage sale fundraisers for Project Purple since 2017, the year Les Sargent died from the disease. 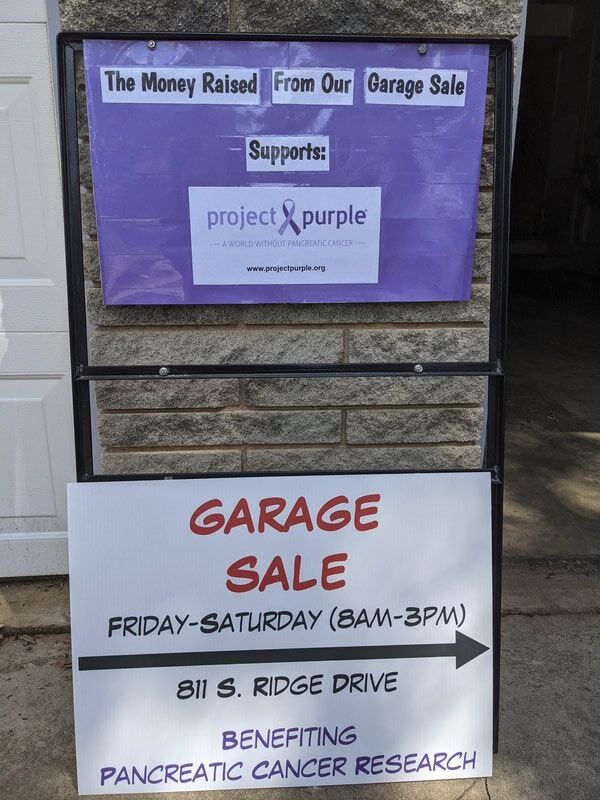 Provided Pam Sargent-Morris and Diana Sargent have been hosting garage sale fundraisers for Project Purple since 2017, the year Les Sargent died from the disease.

Stillwater’s Les Sargent came home from golf not feeling well, and asked his wife Diana to take him to the hospital.

There they found out that his liver enzymes were off the charts. Already a colon cancer survivor, Les went through a battery of tests.

Some time later, daughter Pam said she got the call asking her to come to the hospital, where her father told them all he had pancreatic cancer.

Sargent died in April 2017. His surviving family, wanting to do something that would lessen the pain for other families, have since raised thousands of dollars for Project Heart, an organization that funds research into pancreatic cancer.

“When Dad was diagnosed, the first thing you do, is you Google. You Google pancreatic cancer, and I was like ‘Dad will be fine’ and we kind of read about pancreatic cancer and the statistics,” Pam said. “I came across Project Purple. I was reading it and it was ‘running to beat pancreatic cancer,’ and their primary fundraising is marathons, half-marathons, 5Ks. I was planning to do Chicago Marathon that year. I called Dad and said , ‘Well, Dad I’m going to raise money for pancreatic cancer.

After Dad passed away, two days later I got an email from Project Purple, that said ‘Hey, do you want to be on our team?’ Before you know it, I was raising money and raised over $11,000 for Chicago.

“I was able to tell Dad about Project Purple before he passed away. He said, ‘Gosh, a thousand dollars just seems so much.’ Little did he know.”

Part of what drew Pam and Diana to Project Purple was the emphasis on improving early detection. Pancreatic cancer isn’t as easy to detect as many other types of cancer. It can spread to other organs before people know they have it. Diana said Les didn’t even really experience pain.

After figuring out who they would help, they figured out the how.

“I had always done garage sales, so I knew that was something we could do,” Diana said.

She enlisted her sisters Linda, Patti and Theresa, who come from her hometown of Springfield, Illinois, every year to pitch in. They aren’t the only ones who pitch in. Diana and Pam get donations every year. This year’s garage sale will be the biggest ever because cancellations due to the pandemic last year have led to so much accumulation, they had to store things in a tent.

“You try everything you can,” Pam said. “You kind of have to find your niche and your passion. It’s hard to ask for donations and ask the same people for donations. Garage sales, yes, they’re hard. When you tell people you’re doing it, they say, ‘That’s a lot of work.’ I say, ‘yeah, but it’s for Project Purple.’

“It’s not for everybody. People, when they find out it’s going for a good cause, they want to give.”

Diana said what they don’t sell, they take to places like Humanity, Elite Repeat and Karman Korner. But, they always try to get the most out of the donations, with grander items being sold online.