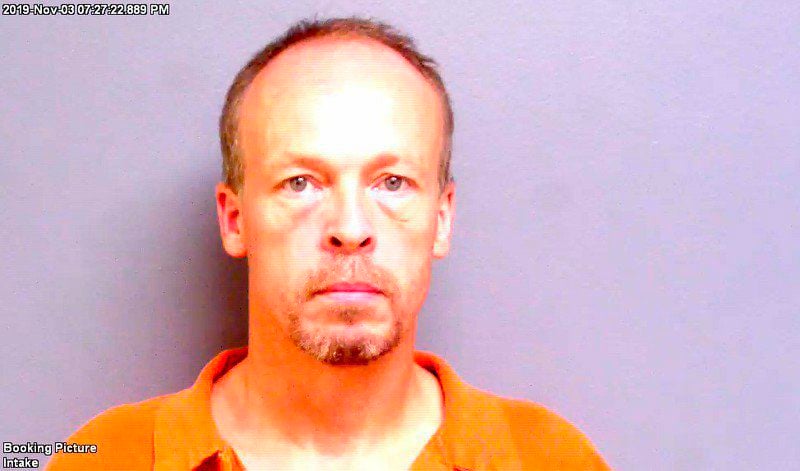 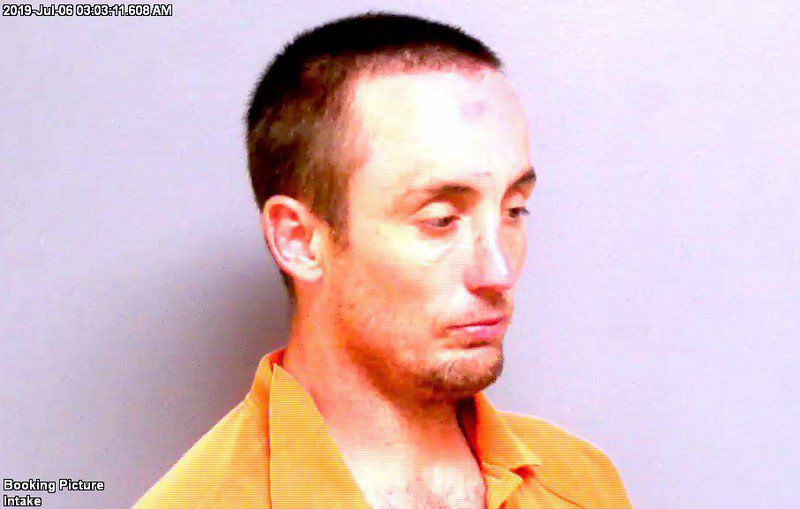 Jarred Wayne Stubblefield, 40, of Stillwater, was charged Nov. 1 with two counts of domestic assault and battery.

A written affidavit states that Stubblefield and a woman with whom he has a 4-month-old daughter had gotten into an altercation on Oct. 26 at his residence. He had picked the woman up from a residence in rural Payne County and brought them to his residence in Stillwater so he could spend time with the baby.

The officer writes that Stubblefield became angry around midnight because the baby would not stop crying. He and the woman began arguing, and things then got physical. The affidavit states that Stubblefield punched the woman in the head and back, and when she backed away from him he threw a VCR at her. He then pinned her against the wall and hit her in the mouth and head.

The woman had a 1 inch laceration above her eye and swollen lips as a result of the attack. The altercation resumed later in the day and became physical after Stubblefield refused to take her back to her residence. The woman told officers he slapped her across the face and choked her. She said she didn’t lose consciousness. The officer didn’t see signs of choking on her neck.

Stubblefield then returned the woman to her residence, and she was medically examined at Hillcrest Hospital in Cushing.

An additional affidavit states that an officer on Oct. 31 saw a vehicle speeding and pulled the vehicle over. The driver was identified as Stubblefield. He was driving with a suspended license and placed under arrest. He was taken to Payne County Jail.

Stubblefield appeared in court on Tuesday and the matter was set for a next court date of Nov. 12.

Domestic assault and batter second and subsequent offense is punishable by up to four years in prison or a fine of $5,000.

A written affidavit reads that a Stillwater Police Department officer saw two people walking on the side of the road on Virginia Avenue on Nov. 2, and saw one of the people hand something to the other as the patrol vehicle passed them. The officer pulled over and asked where the people were going. The male was identified as Larry McCann, and a woman was also with him. The two said they had been at a friend’s residence and were walking to the home of another friend.

The officer writes he pulled McCann to the side, who said he was on parole and had gotten out of prison in April 2019. The officer then asked to search McCann, who turned his body away from the officer before saying the officer could search him. The officer found a small clear baggy with a crystalized substance that later tested positive for methamphetamine. The officer also found multiple .22 caliber cartridges and a container with many new plastic baggies similar to the one the officer had found with the meth inside.

The officer asked McCann if he had a fun, and said he didn’t know the cartridges were in his pocket and that he didn’t have a gun. The officer writes that he then asked the woman if she had anything on her person that she shouldn’t have. She allowed officers to search her purse, and another officer located a small baggie in the grass a few feet from where the two had been standing. In it contained a crystalized substance which was the same as the other baggie. The second bag contained 4.6 grams of methamphetamine.

McCann then admitted he had a gun and that it was in the woman’s purse. He said he put it in there without her knowledge before leaving the friend’s residence. The woman said McCann had been showing the gun off at the apartment and had brought it with them by placing it her purse. He said he had bought the gun from a friend and that he was on unemployment and uses the money to buy drugs and used it to buy the gun. McCann appeared in court on Tuesday and the case was set for a court date of Nov. 12.