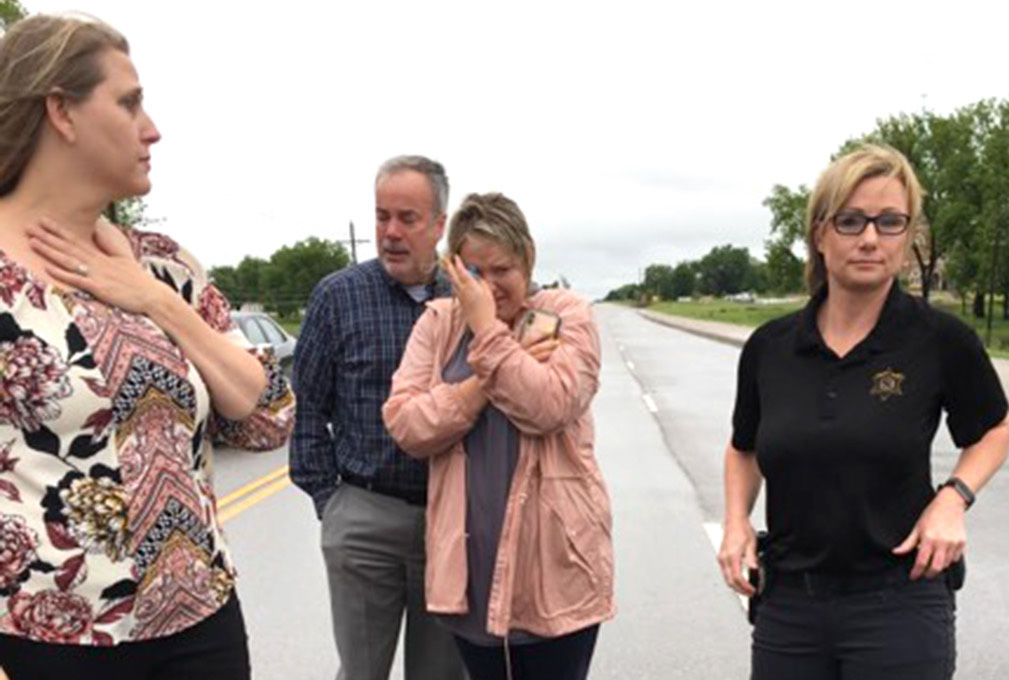 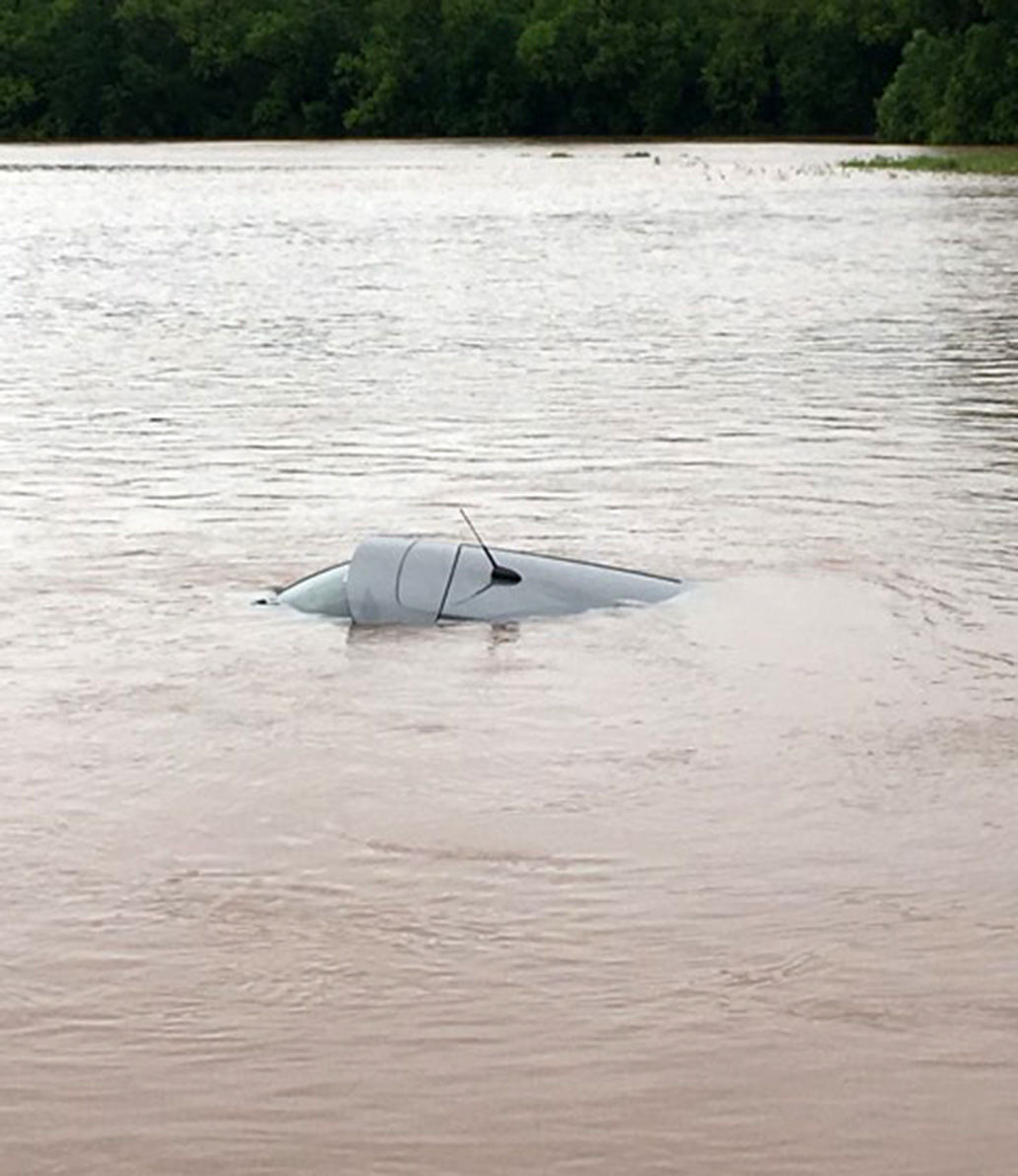 The car driven by Grace Welch became almost completely submerged after she was rescued from floodwaters Tuesday in Stillwater.

Phillip Germain wasn’t sure if he’d be able to get to work at the Meridian Technology Center. He certainly wasn’t expecting to pull anyone from the floodwaters. That’s where he found himself Tuesday morning.

“I just jumped in my car, didn’t have my wallet or nothing, threw some tennis shoes on. I had sweatpants on and I just drove down there to see if I could get through (to work),” Germain said. “I was like, ‘Holy smokes, I can’t get through, there’s a car under water.’ So, I just jumped my vehicle up on the curb right there – there were no barricades by then, the police weren’t there yet – I had noticed there were two guys attempting to help her. I said, ‘You guys got this?’ They said, ‘Yeah.’ So, I started filming with my phone.”

At first he thought he would be filming someone else’s heroic deeds.

“They waded out there and they were hollering at her like, ‘Roll your window down. Roll your window down.’ I don’t know if she was just scared, maybe the switch was shorted out, I don’t know what went wrong but the window wouldn’t roll down. I saw the car sinking, I threw my phone down, and I was just like, ‘I’ve got to help her.’ I just swam out, went up to about my chin, then I found a ledge and was able to wade out there. I just threw my foot against the door and pulled the door really hard, the back door, and was able to pry it open.”

Germain said the young woman, Grace Welch, was trying to save her laptop by holding it above her head.

“I said, ‘Are you OK?’ She goes, ‘Yeah, yeah, yeah. I can’t get my laptop wet.’ She was holding a backpack with a laptop up in the air and she was really worried about it. ‘I said, give me the laptop.’ There was an OSBI agent that waded out there with me (Lynda Stevens-Stromski). She had her hand on my shoulder and she has one of those things that break glass that I was going to us if I needed to use it. I handed the backpack to Agent Stromski to get the girl to calm down, I said, ‘Look sweetheart, she’s got your laptop, it’s OK. Come on out of the car.’ She took her seatbelt off and I grabbed her by the shoulder and pulled her out of the car, just waded her back there.”

Soon after they were away from the water, the vehicle was totally submerged.

“That was only just a couple of minutes after I pulled her out. It started sinking really quick after I got that back door open because that’s when the water started rushing in,” Germain said. “I knew I only had a short time window to get her out once I opened that door. I knew it would start sinking.”

Welch, speaking the News 9, said she thought she was going to be able to get through the water.

"I really wasn't paying attention, I just thought my little car could make it," she said. "When I started driving in is when my car basically started spinning and went over into the ditch.

"They say turn around don't drown, and now I know why.”

Germain said he didn’t fear for himself, not after a lifetime of coastal fishing and surfing.