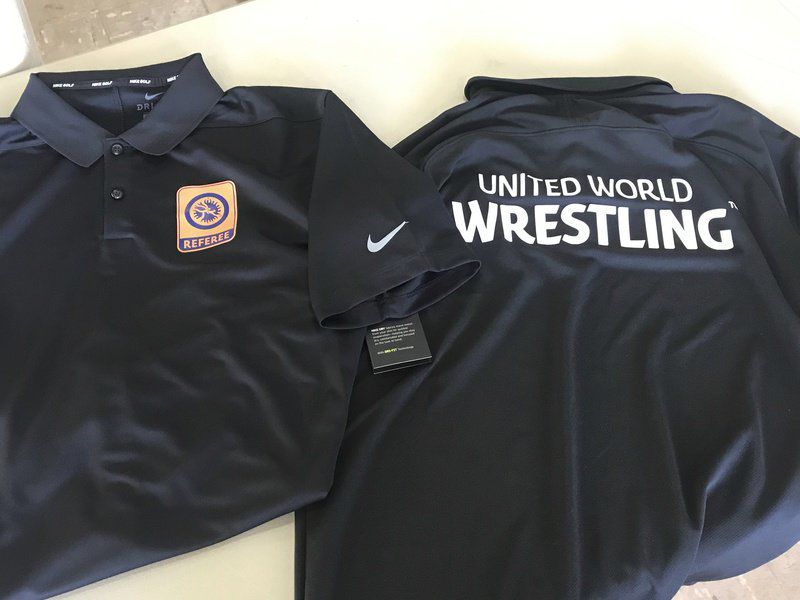 Jordan Bishop/Stillwater News Press These referee polos made for the United World Wrestling Championships next month were printed at Causley Productions in Stillwater. 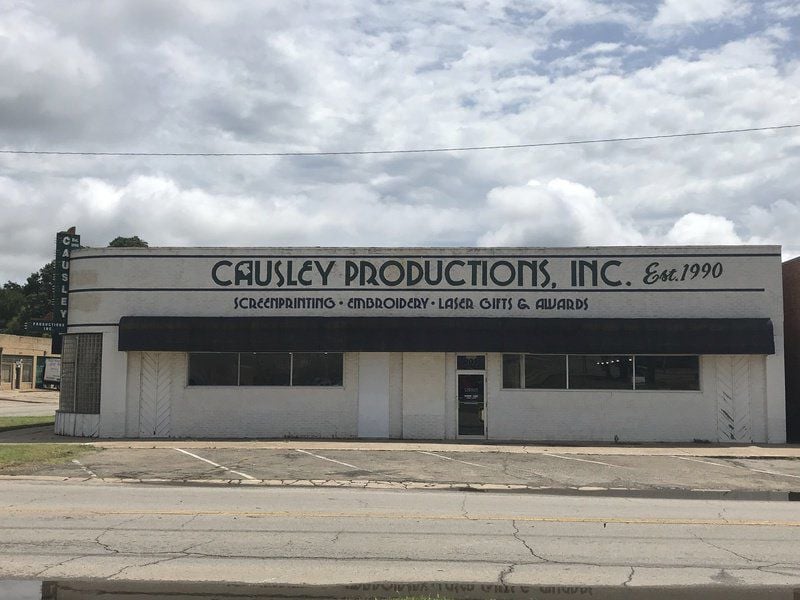 Jordan Bishop/Stillwater News Press Causley Productions is located on Ninth Avenue in Stillwater but is one of the main printers for Nike, alongside sites in Portland, Oregon, and Austin, Texas. Nike representative Chris Bahl reached out to owner James Causley and has been impressed.

Jordan Bishop/Stillwater News Press These referee polos made for the United World Wrestling Championships next month were printed at Causley Productions in Stillwater.

Jordan Bishop/Stillwater News Press Causley Productions is located on Ninth Avenue in Stillwater but is one of the main printers for Nike, alongside sites in Portland, Oregon, and Austin, Texas. Nike representative Chris Bahl reached out to owner James Causley and has been impressed.

Wrestling has a large history with the city of Stillwater and Oklahoma State University, so it’s only fair that relationship is shown on the world stage.

When the 2019 World Wrestling Championships begin next month, viewers from north central Oklahoma will be seeing apparel that came from their own backyard.

Specifically from Ninth Avenue in Stillwater, in the unassuming white brick building of Causley Productions.

“We look sneaky small on the outside, but when you get in, it’s a full blown facility,” owner James Causley said.

For Nike, who has really invested a lot in the sport of wrestling with the United World Wrestling Championships and the Olympics being a a crown jewel, it only makes sense that Stillwater have some part in it.

With OSU owning the most team national titles in the sport, countless All-Americans and such coaches as Ed Gallagher and John Smith, Nike jumped at the opportunity to have a local presence involved with their products.

Especially to Chris Bahl, a wrestling representative with Nike and a big fan of the Cowboys. Bahl’s son, Christian, is on OSU’s team and was a state champion at Stillwater High School.

To Bahl, it was a no-brainer to include Causley’s business as James has done quality work for years with not only OSU, but also the University of Central Oklahoma and area high schools, as well.

“James has been doing Nike uniforms for a number of years for Oklahoma State,” Bahl said. “It helped transition him over to Nike wrestling, That business has done a great job for the Cowboys and other programs including UCO around the area. For him to do Nike wrestling stuff has been great.”

Nike has printing facilities in Portland, Oregon; Austin, Texas; and now, Stillwater thanks to the partnership. It actually began out of a need to get the products turned around quickly. Since the UWW Championships usually take place in September, the apparel for the teams and officials is usually getting done around the same time that college and NFL football is starting up, so there is a huge influx of orders.

Causley’s now helps handle the pressure and because of the work they do, other countries like Greece, Norway, Bulgaria and others have started to work with the Stillwater business for their world wrestling squads’ apparel.

“With them being happy with what we have done in he past, we were able to do some more,” Causley said. “Nike does so much for wrestling, which is good for Nike, but it’s good for Stillwater and Oklahoma State, too. It puts an emphasis on more wrestling in this area. We were very pleased to pick up Nike’s account.”

Causley’s orders grew this year after the success of last season, so when Bahl needed the uniforms for officials made a few weeks ago, he called up James. Although he was on vacation in Mexico, James went back to work on Monday and along with Mary Causley and Amber Ware, as well as the help of Signs Now, the company churned out nearly 200 shirts and had them shipped by the end of the week.

From there, they went to Russia and eventually found themselves sent all the way to Nur-Sultan, Kazakhstan, the site of this year’s championships.

“It’s actually a ton of work, because we have a number of the teams that compete in the world championships,” Bahl said. “Nike has a majority of them. We have to produce all of the uniforms whether it is singlets, warm ups or all the travel gear and T-shirts. You name it, we produce it. The printing is complicated. … For us to have someone like Causleys locally to specifically produce wrestling garments, it is really convenient.”

With OSU possibly having two wrestlers in this year’s field, it will mean even more to have them wearing locally-made products. Former Cowboy Alex Dieringer, a volunteer assistant coach with the program who won the Hodge Trophy a few years ago, will wrestle off for the 79 kilogram spot on the world team later this month.

The UWW Wrestling Championships will be held Sept. 14-22, with Causley’s uniforms for officials already in place, as the Stillwater business will start in earnest on team gear over the next few weeks.

“It is a nice feather in the cap to do the world championships,” James said. “We’re not that far off from maybe doing an Olympic one, which is cool. The fact we have two team members in Daton Fix and Alex Dieringer, it is nice to know when Stillwater’s eyes are on the TV, they are wearing something made at Causley’s.”