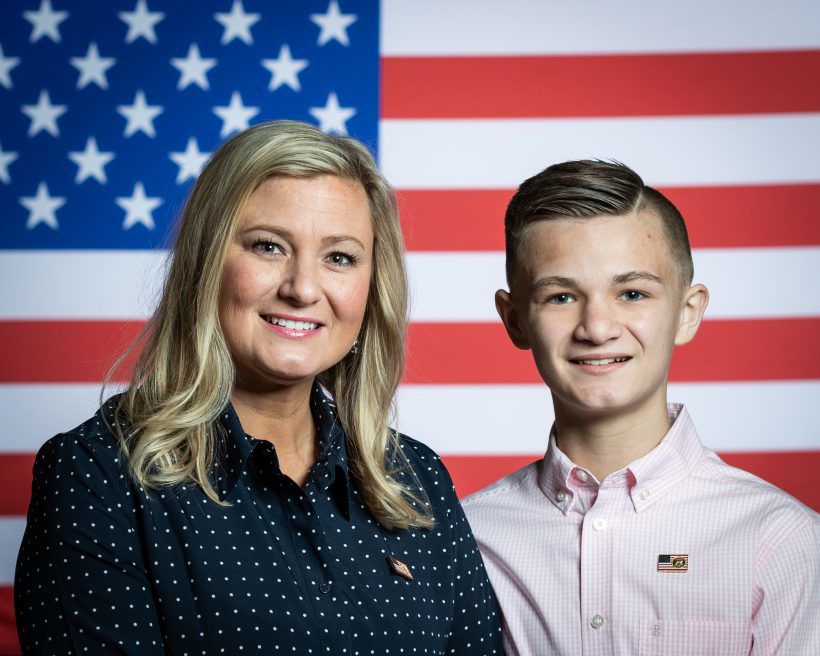 Army Staff Sgt. Chris Hake is shown with his wife, Kelli, and son Gage, in this undated photo.

A Stillwater woman and her son are special guests of President Donald Trump Tuesday during the president’s State of the Union address.

Kelli and Gage Hake are the widow and son of Christopher Hake, an Enid native who died in March 2008, while patrolling streets in southern Baghdad.

They were invited along with nine others to attend the president’s third State of the Union address, according to a press release from the White House.

The release states the death of Hake, who was killed along with three other soldiers, was the result of a bomb supplied by Qasem Soleimani, an Iranian major general killed in a targeted U.S. drone strike Jan. 3 that was approved by Trump.

“While on patrol, Sgt. Hake’s Bradley fighting vehicle was hit by a roadside bomb supplied by the Iranian terrorist leader Qasem Soleimani. Kelli and Gage directly suffered from Soleimani’s campaign to kill and maim U.S. service members," the White House release states. "Last month, President Donald J. Trump ordered the killing of Soleimani as he was once again trying to initiate attacks on American service members."

Kelli Hake appeared on CNN a few weeks back, to say that she found justice in Soleimani's killing.

Invited by the White House, the 11 guests will sit in the House chamber, high up in the gallery. One or two of them will be given the honor of sitting alongside first lady Melania Trump.

Hake was a 2000 graduate of Oklahoma Bible Academy. He was on his second tour in Iraq and was assigned to 4th Battalion, 64th Armor Regiment, 4th Brigade Combat Team, 3rd Infantry Division, of Fort Stewart, Ga.

A funeral for Hake was held at OBA in 2008, and he was buried in Arlington National Cemetery, Arlington, Va. His name is on the Woodring Wall of Honor at Enid Woodring Regional Airport.

The State of the Union speech will be 8 p.m. Central.

Billie Gayle Little, 71, passed away on Friday, February 14, 2020 in Catoosa, OK. at the home of her daughter. Strode Funeral Home and Cremation is handling arrangements. Born on July 21, 1948 to Marion Harley and Edith (Johnson) Schooley in Stillwater, OK. She attended Stillwater Public Sch…