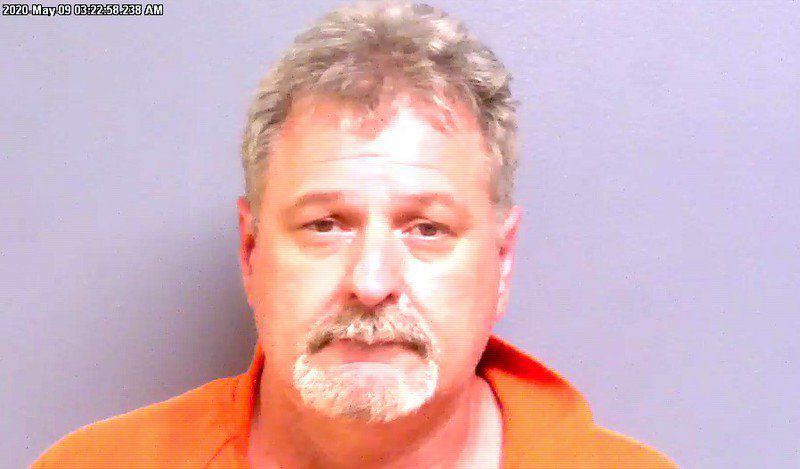 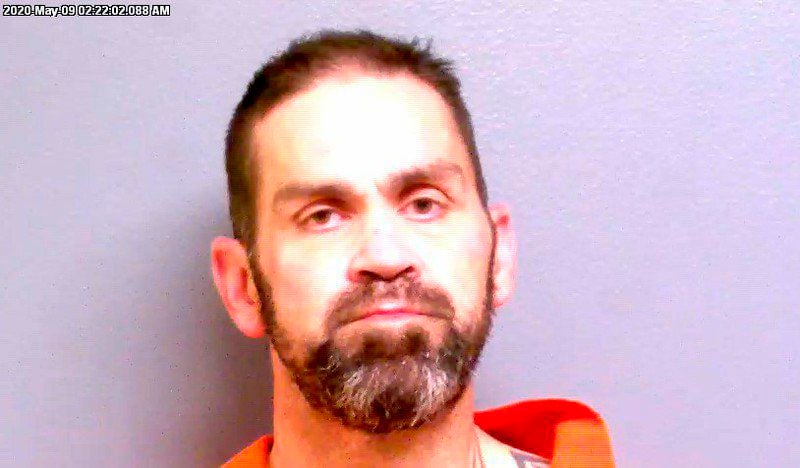 Robert Nance, 43, of Stillwater and Tracy Hogue, 52, of Midwest City, were arrested in connection to a stolen City of Perkins owned utility trailer.

Perkins officer Billy Laster was notified the trailer had been stolen through a notification from US Fleet Tracking.

According to the probable cause affidavit, Laster saw the location of the trailer going south of city limits on US 177.

Due to the trailer being in Payne County, Laster requested permission to investigate from Payne County Dispatch.

According to the affidavit, Laster located the trailer. It was hooked up to a 2004 Ford Explorer Sport-Trac.

The trailer was parked on the south side of the roadway, east of the intersection of US 177.

Laster activated his emergency lights, Hogue got out of the vehicle and began walking towards the patrol car.

Laster ordered Hogue to put his hands on the hood of the car, he complied. Hogue was pat searched for weapons. The officer didn’t find any weapons.

Laster drew his weapon and walked towards the vehicle again to get Nance.

Nance was in the passenger seat and complied with the officer to get out of the vehicle.

According to the affidavit, a knife was found in his pocket while he was pat searched.

Nance and Hogue both had possible warrants in other counties.

The affidavit said Hogue told the officer he bought the trailer from a man named Paul at the casino.

“I told him I knew he was lying and I told him the trailer was owned by the city and had a GPS tracking device,” Laster wrote in the affidavit.

The affidavit said Hogue then admitted to stealing the trailer from near the carwash.

Hogue said Nance was the one that hooked up the trailer.

According to the affidavit, Nance didn’t want to speak with the officer. Nance was placed under arrest.

Officer Laster contacted Sgt. Kyle Howard and informed him of the incident. He requested Perkins Chief Bob Earnst to come get the trailer.

Thompson arrived at 1:30 a.m. and the vehicle inventory was conducted. Thompson located a spoon with residue, a cut straw and a white pill where Nance was seated.

Laster located a glass smoking pipe with burnt residue between the passenger seat and center console.

Laster said based on his experience and training he believed it was a methamphetamine smoking pipe.

A small baggie with crystal substance was found under the passenger seat floorboard and in the center console there was a vial of clear liquid.

According to the affidavit, Hogue told the officers the methamphetamine belonged to Nance. Hogue told officers he had marijuana in his wallet. He didn’t have a medical card but did say he used it for medical reasons.

The trailer was returned to Perkins. Thompson transported Hogue and Laster transported Nance to the Payne County Jail.

Hogue and Nance were assessed for the Coronavirus by the jail staff. They requested Hogue be assessed by Stillwater Medical Center before being booked.

Hogue was cleared by SMC and booked into the jail.

Laster tested the burnt residue and it tested positive for methamphetamine.

Hogue was charged with conspiracy to commit a felony and grand larceny.

Both men will have preliminary hearings June 1.