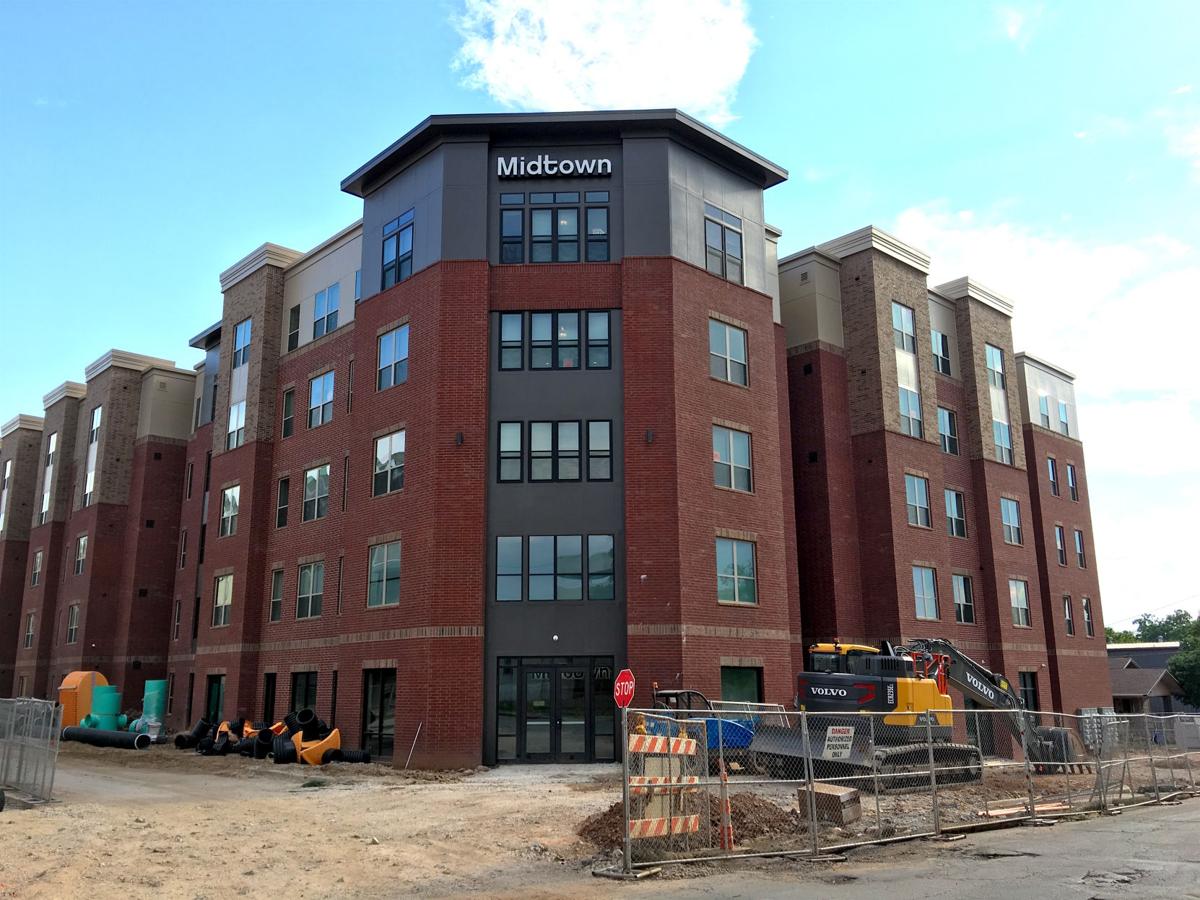 Central Stillwater south of the Oklahoma State University campus is seeing a wave of redevelopment in the form of large student apartment complexes like this one located on 4th avenue. Meridian Technology Center CEO/Superintendant Doug Major has said his organization could have supported a Tax Increment Financing district created by the City of Stillwater if properties like this that are under construction or have already been approved had been held out of it. 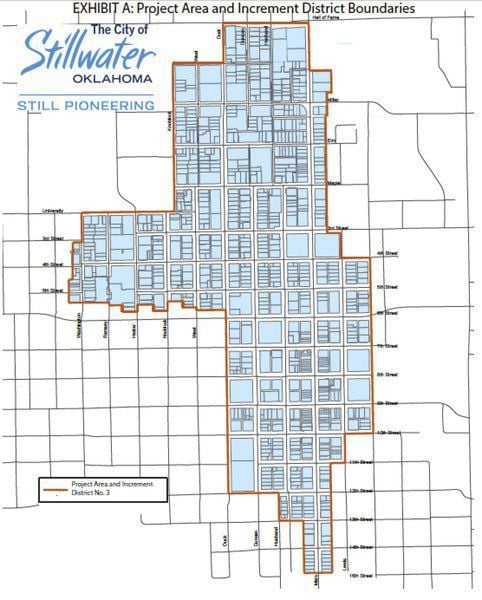 TIF No. 3 encompasses the area south and east of the Oklahoma State University campus and extends south through downtown Stillwater. The area has been targeted for redevelopment for many years.

STILLWATER - The gauntlet has been thrown down in a conflict between the City of Stillwater and other entities that receive property taxes on real estate in central and downtown Stillwater.

Supporters of establishing a Tax Increment Financing district that encompasses central and downtown Stillwater say the outcome could determine how Stillwater grows and what it has to offer residents for years to come.

Residents opposed to the TIF, which would redirect a majority of the funding from increased property tax collections on properties within the TIF district that are redeveloped or increase in value to the City of Stillwater, filed a petition with the City late Friday afternoon that calls for voters to decide whether to let the Stillwater City Council’s June 18 approval of the ordinance stand. 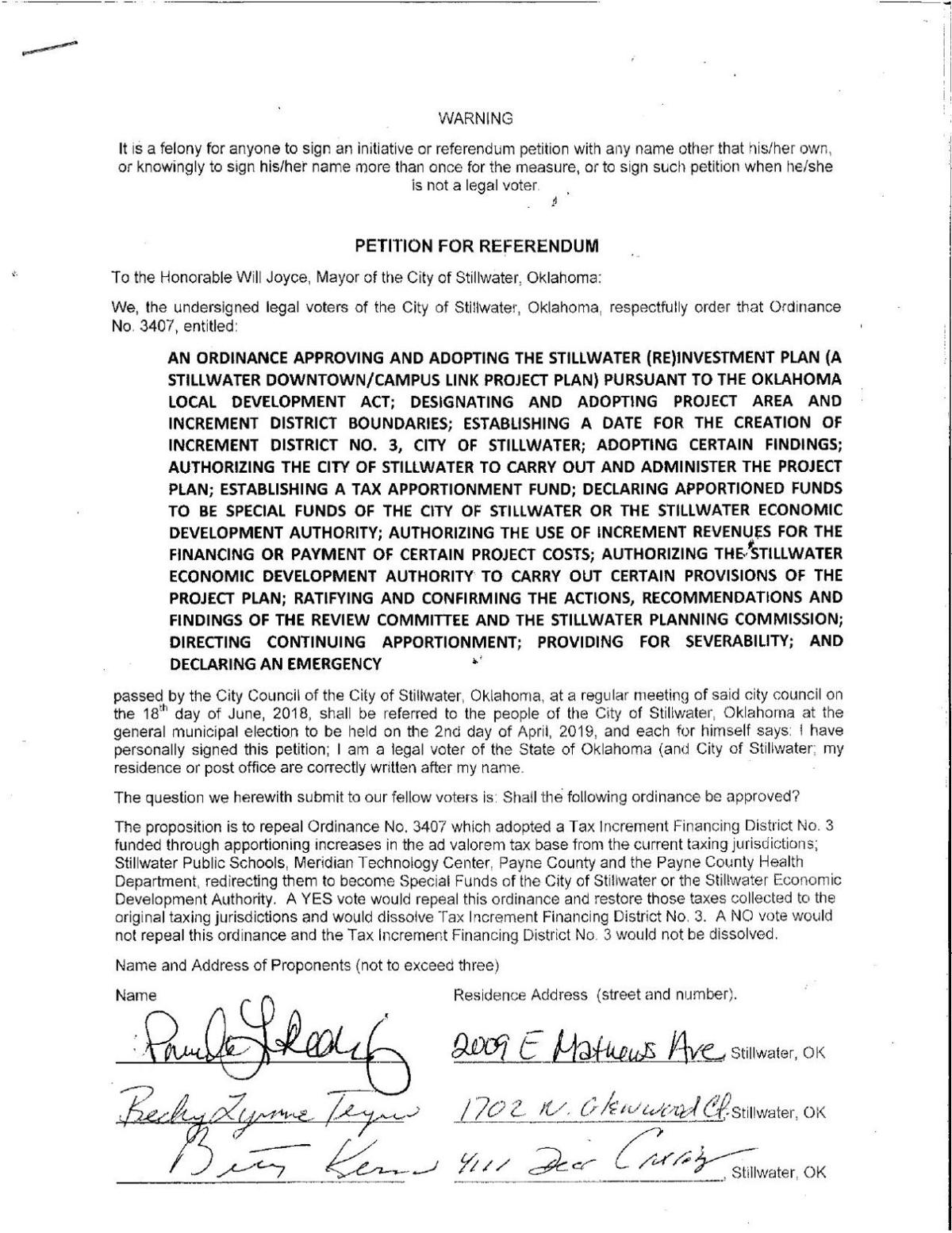 Meridian Technology Center CEO Doug Major and Payne County elected officials have said they object to the TIF on the grounds that their organizations will need the extra revenue they stand to receive from increased tax collections as properties in the TIF district become more valuable to meet future operating expenses.

City Manager Norman McNickle previously said the City isn’t taking any funds the other entities already receive and is ensuring they get to share in some of the growth immediately by giving each its pro-rated share of the first 12 percent, off the top.

The city is asking them to hold off on taking some of the projected revenue growth and join in making an investment in Stillwater that will ultimately benefit everyone, McNickle said.

The TIF is set to last for 25 years or until it generates $32.5 million in revenue, whichever comes first. But City officials have said that time frame could be shortened to 8-10 years if some projects being discussed come to pass.

Major previously told the Payne County Budget Board, a body comprised of all elected county officers that decides budget issues, that MTC would have been willing to support the TIF if several large apartment complexes already under construction or in the planning stages had been held out of it.

He said MTC planned to challenge the TIF by calling for a referendum and he hoped the county would also support such an action.

The City of Stillwater plans to put the money generated by property tax increases in the TIF district into a fund that would be used it to support further development and improvements in the district.

TIFs are commonly used by cities across the country to raise money to fund economic development projects and redevelop blighted areas.

Payne County Assessor James Cowan has said the TIF area is already growing faster than some other areas of town, without any incentives but city officials say the area isn’t seeing the type or scale of development it needs.

Mixed use development that promotes walkable neighborhoods with a variety of services hasn’t happened and smaller, local developers have had difficulty covering the cost of public improvements like sidewalks and street trees that are required in that area. 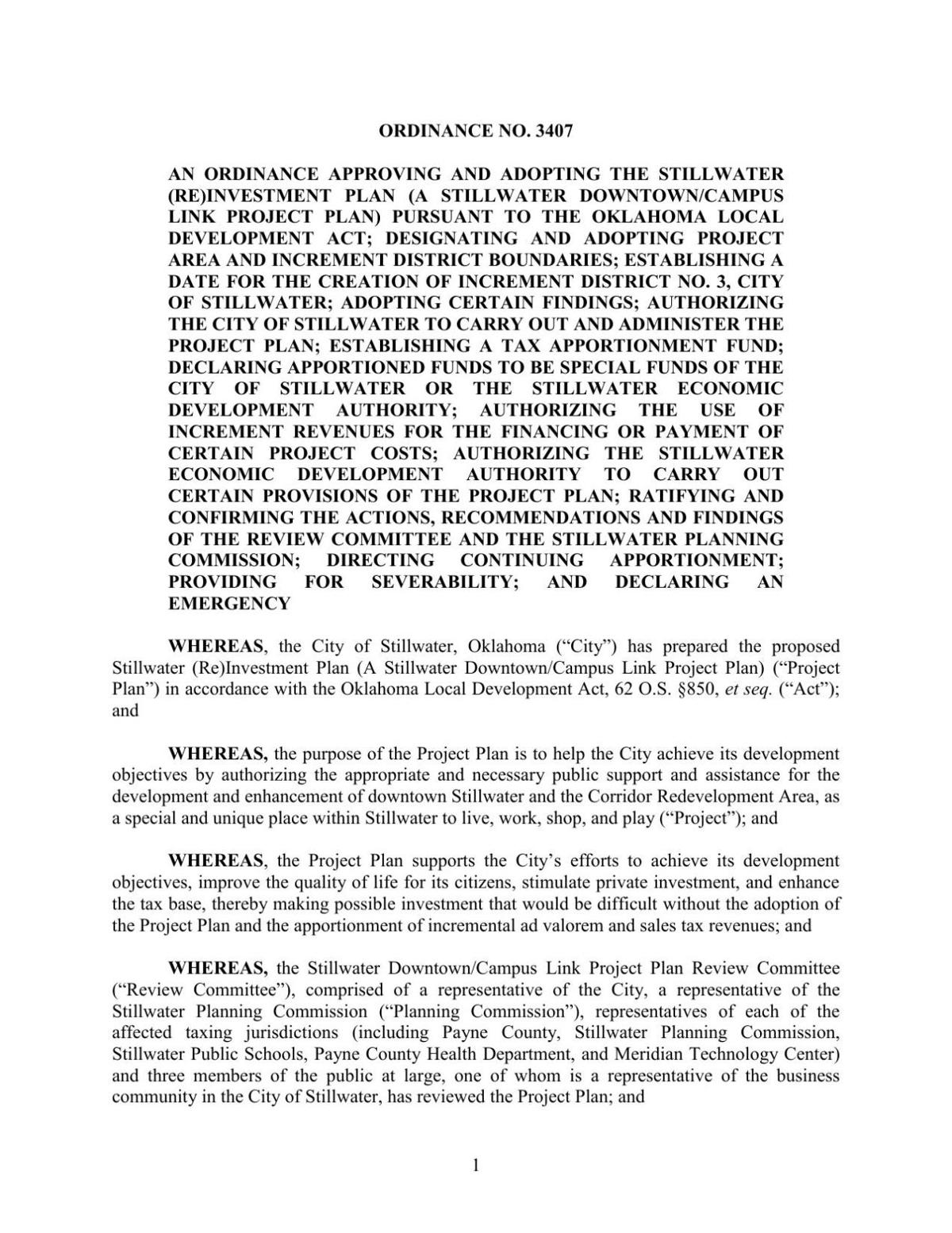 The petitioners have 30 days from that date to gather the signatures of 769 registered voters who reside in Stillwater.

The required signatures equal 25 percent of the 3,076 total votes cast in April when Will Joyce was elected mayor. Investment in the aging core of Stillwater was a centerpiece of Joyce’s mayoral campaign when he overwhelmingly won the seat with 70 percent of the vote.

The petitioners would have had 60 days if the petition fell under the standard rules governing a municipal referendum but this particular challenge falls under the state’s TIF statute, Dorman said. Therefore the deadline is July 18.

The petition would ask voters to repeal Ordinance 3407 which created the TIF and prevent the city from directing a portion of increased ad valorem or property taxes generated by higher property values in the TIF district to a special fund that would be used for economic development.

If the TIF is repealed by voters, entities that collect ad valorem taxes in the designated area, like Meridian Technology Center, the Stillwater Public Schools, Payne County and the Payne County Health Department would receive their full share of increased property taxes on growth and redevelopment occurring in the TIF district.

Editors Note: This article was revised to clarify that property tax rates will not increase. Tax revenues are projected to increase based on increased property values in the TIF district.

City of Stillwater Mayor and Councilors,