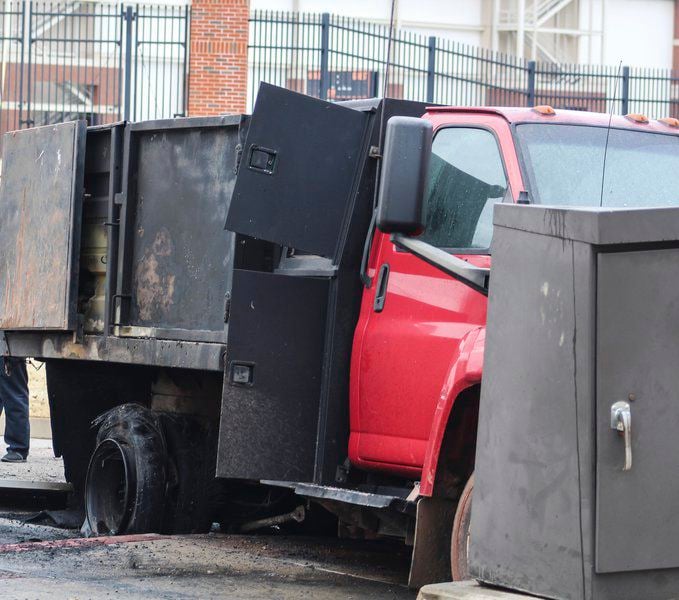 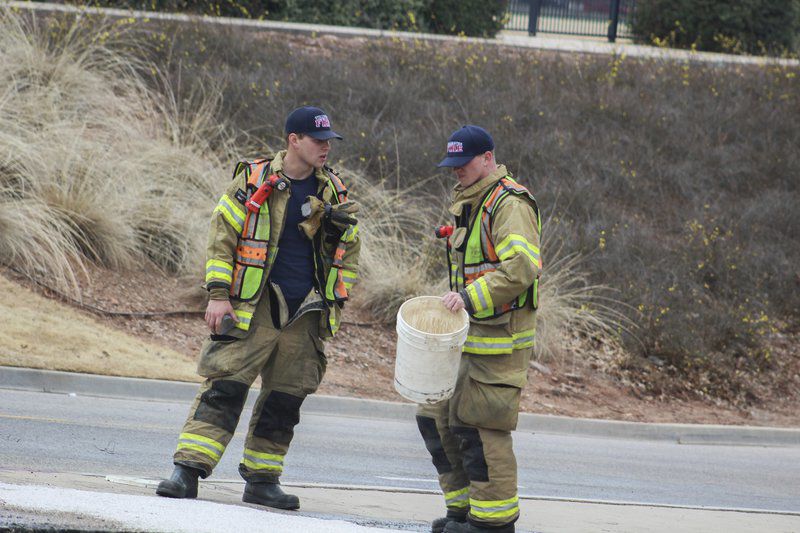 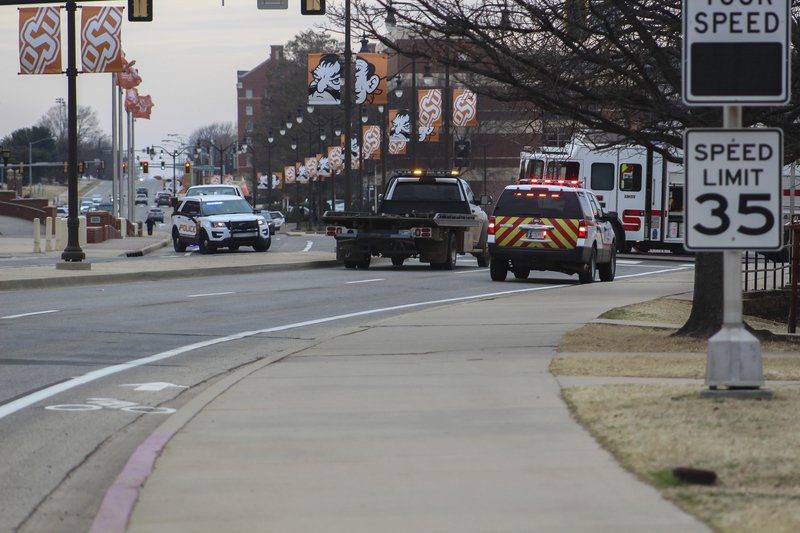 On Monday afternoon, the Oklahoma State University police were dispatched to Hall of Fame Avenue near Gallagher-Iba Arena regarding a vehicle on fire.

New information regarding the dumptruck that caught on fire became available Tuesday morning with the News Press updating the original story.

An injury accident that involved multiple vehicles occurred around 3:13 p.m. Monday when one of the drivers suffered a medical issue while driving.

"It began at Hall of Fame and Washington when the driver of a large truck suffered a medical issue and struck a vehicle stopped at the stoplight," said Public Information Officer Shannon Rigsby. "Pushing it for half a block before the truck crossed the median and left the roadway, driving through the grass at the Sherman E. Smith Training Facility."

The truck hit another vehicle at a stoplight on Hall of Fame and Knoblock before hitting the electrical box.

According to Rigsby, the wheels on the truck continued to rev until they eventually caught on fire.

The driver was transported to Stillwater Medical Center.