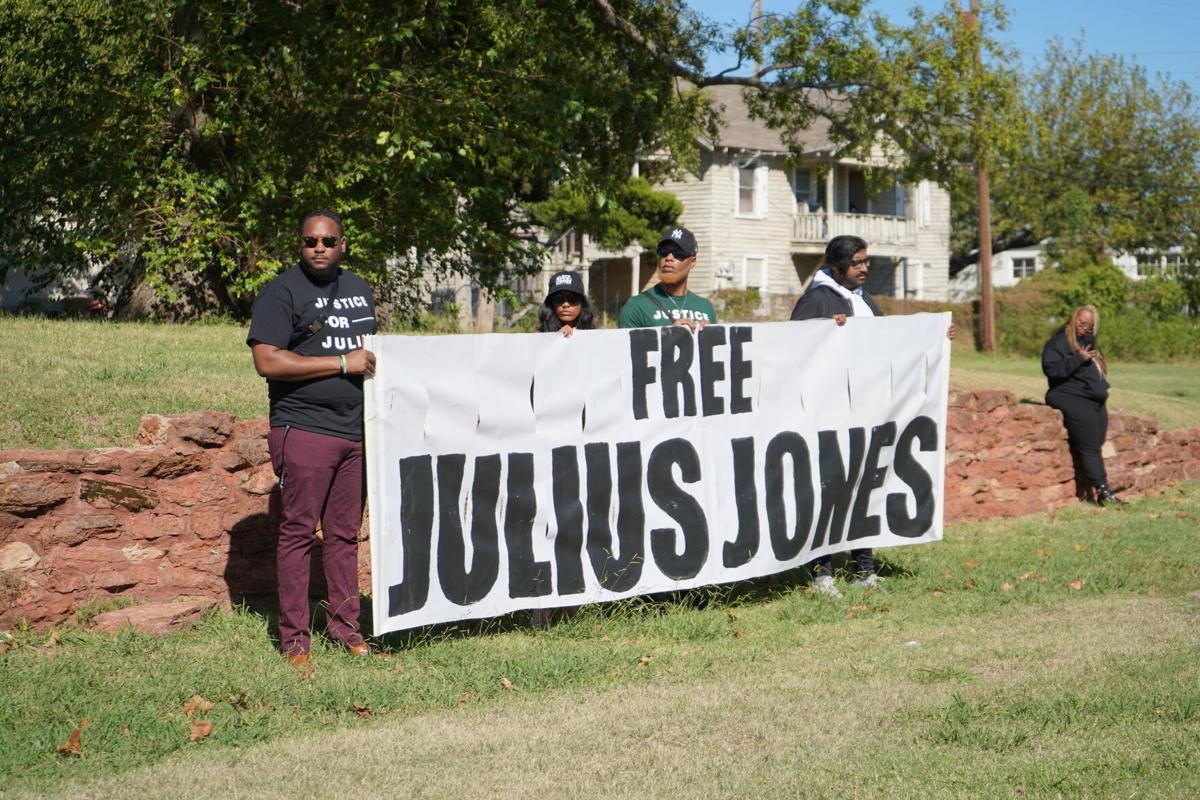 Justice for Julius activists rally in support of clemency for Julius Jones. 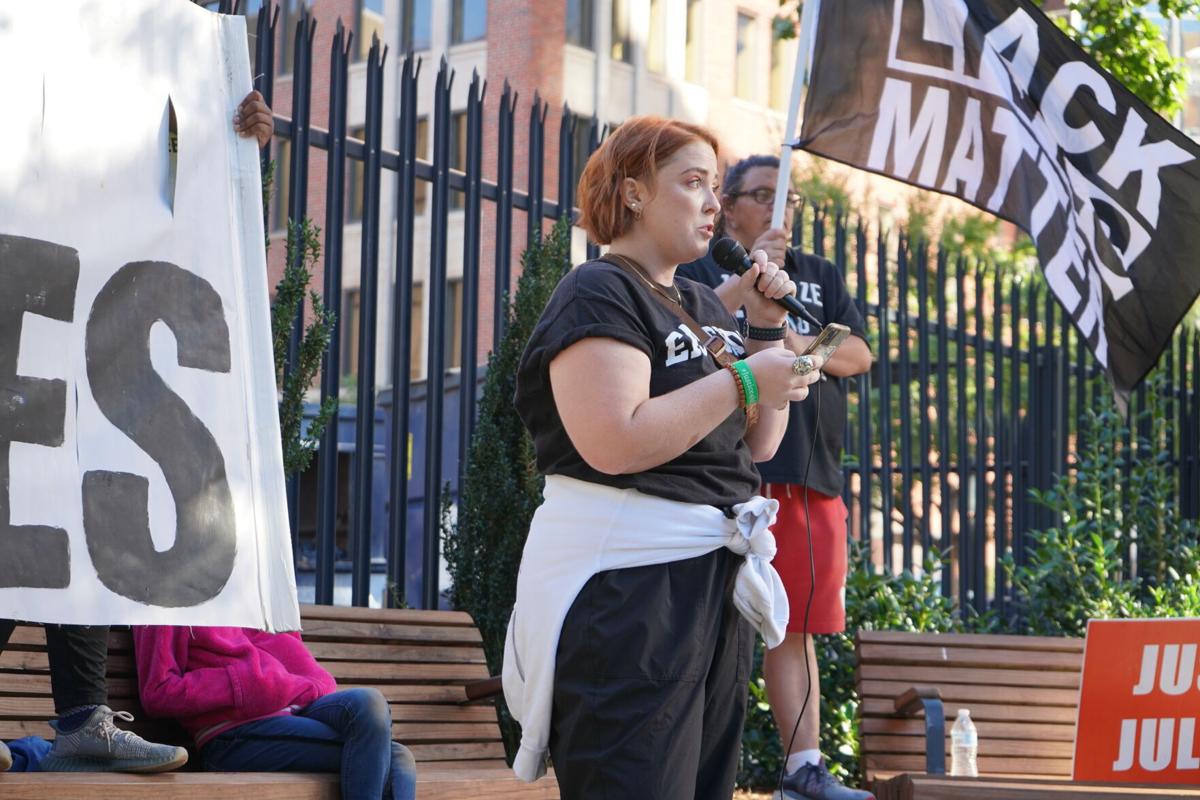 Justice for Julius activists rally in support of clemency for Julius Jones.

Sweat dripped from the top of his head, trickled down his kinky, bleached-blond hair and settled into the collar of his emerald, green T-shirt. As he marched in the still Oklahoma heat, he held a weighted banner that read “Free Julius Jones” in bold, black letters. He could see heat waves in the path ahead, and his arms grew tired with every step. Admirably, he continued to march with dignity, pride and purpose.

Despite the distance, humid temperatures and bystanders who recorded in awe, protesters marched tirelessly.

“It is our duty to fight for our freedom,” the blond-haired man yelled toward the crowd. “We have nothing to lose but our chains.”

In February 2020, Gov. Kevin Stitt announced Oklahoma would resume state sanctioned executions after a six-year hiatus. The state stopped executions in 2015 after Charles Warner was administered a “botched” lethal injection, in which investigators found potassium acetate instead of potassium chloride.

John Grant, the latest man executed in Oklahoma as of Oct. 28, received a botched lethal injection, too, after a six-year execution gap. Grant was administered midazolam, the state’s default option offered as a “fast-acting and short-lasting sedative.” However, Grant wrestled with the drug’s effects for 12 minutes straight causing the 60-year-old man to vomit, convulse and heave.

The Atlantic reported Grant’s reaction was not particularly peculiar, for it is common for a person to be paralyzed before a lethal injection is administered, but Grant was not given this courtesy. In cases where the person is paralyzed, he or she suffers underneath the skin unable to display the internal battle a lethal injection can cause.

During Oklahoma’s six-year execution hiatus, the state failed to develop a careful protocol to administer lethal injections. The state also failed to find a “humane” way to perform executions. The reality is Oklahoma refuses to concede there is no humane way to take a person’s life and soul. Lethal injections, electrocutions, manhunts and lynches are equivalent to one another in their purpose and execution.

In 2018, Black Americans made up about 13% of the U.S. population, compared to a disproportionate 42% who make up death row. Discrimination and racial bias have always existed within America’s death penalty. In 1915, court-ordered executions surpassed lynching for the first time. This was the official response to criticism regarding nationwide lynching of Black Americans for entertainment purposes and minuscule reasons. State executions remain a legal way to continue killing Black Americans. More than 100 years later, little has changed as 34% of people executed on death row are Black.

The Oklahoma death penalty has made too many mistakes in its scheduling and administrative processes, and it has contributed to the nation’s long history of discrimination and racial bias in the justice system. The justice system cannot continue to disregard and overlook the Oklahoma death penalty’s record of mistakes and delays, while continuing to permit executions. As it equates to the decline of lynching and uncoincidental increase in court-ordered executions 100 years ago, the American justice system remains immoral, especially in cases that involve Black people.

With Jones’ nationwide attention, Oklahoma has a chance to get it right. The final decision lies in Gov. Stitt’s hands and so will the initial blame, but Jones’ life is the responsibility of every Oklahoma citizen.

Once the protesters reached the Oklahoma County Courthouse, speakers stood on a platform to give final remarks and participants gathered around them. Jones’ sister and mother sat behind the attentive crowd.

The two appeared well-adjusted to the protest process, though they seemed fatigued – not from the march alone, but the exhausting 20-year-long fight for their brother and son.

Jones’ mother sat with her thoughts until she was approached with condolences from protesters or myriad questions from reporters. Despite the circumstances, she greeted everyone who approached her with open arms and a smile full of hopefulness.

“My son, Julius,” she reiterated.

Destinee Adams is a senior at Oklahoma State University and a former News Press intern.