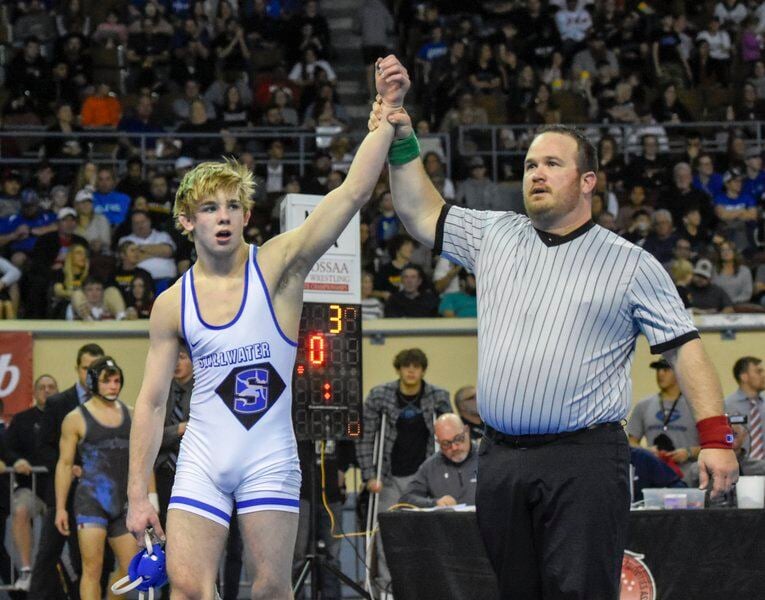 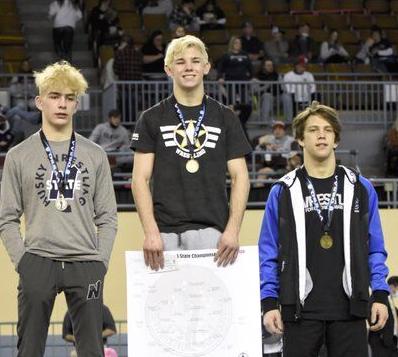 Oklahoma State’s wrestling room got a bit more competitive over the weekend.

Recent Stillwater High graduate Carter Young, a three-time Oklahoma state high school champion (winning one as a freshman with Sand Springs before transferring to Stillwater) enrolled at Oklahoma State after having committed and training at Northwestern University.

The former Pioneer made the decision just before classes started at Northwestern with the reason being the uncertainty pertaining to the status of several coaches on staff – being threatened with firing if they did not get vaccinated prior to the school year.

Ultimately, the news broke Monday after an interview with Young, that those coaches had in fact been fired – including assistant coach Jimmy Kennedy, a former three-time All-American and former U.S. World Team member, whom Young was training with.

“One of the main reasons I went there was because of them, too,” Young said in interview with the News Press. “I was training with Jimmy Kennedy every day and was going extra with him. … So ultimately it was like, ‘Might as well come home.’”

Young was grateful for getting the chance to return home to wrestle for Division I wresting’s winningest program.

But for John Smith, he too was grateful to see an Oklahoma talent who was likely going to be a top wrestler within a Big Ten wrestling program returning to the state.

“It reminds our coaches and reminds the community that’s involved in wrestling that you’re doing something right, because he probably could have went anywhere he wanted to, but in the end, he wanted to be back here,” Smith said in an interview with the News Press.

It’s also a bitter sweet moment for his family.

While his parents were hopeful about the academic prospects for Young, they will now get to see more of their son with him returning to Stillwater.

“They wanted me to get that Northwestern education, but they’re glad I’m back and we’ll get to see them a lot more,” Young said. “So that’s awesome.”

It’s not just about wrestling for Smith, either.

He understands the academic opportunity Northwestern would have afforded Young, and wants to see the Stillwater product take full advantage of academics at Oklahoma State now.

“Not everybody gets to go to Northwestern, and that tells you where he is. We definitely want him pursuing his academics like he’s going to pursue anything like a national championship,” Smith said. “I don’t think that’s going to be an issue with him.”

According to Young, he intends to work on getting a business degree at OSU – which was a similar path he was planning to take had he stuck with Northwestern.

Young is not able to fully practice with the Pokes until all the paperwork for his admission at Oklahoma State is processed as he is enrolling at OSU a month into its semester having started.

“I think hopefully I should be able to join the team next week and get back into practices,” Young said. “But it’s still awesome to see everybody. It’s been a while since I’ve been down here, so it’s awesome.”

The new addition to Oklahoma State wrestling has had a successful summer on the mat.

Young is also coming off an impressive showing at the Senior World Team Trials, in which he finished in third-place at 61 kg – a weight won by Cowboy teammate Daton Fix – as an unseeded wrestler.

He won the bronze medal with a 15-12 decision over former NCAA national champion, Seth Gross.

“I thought it was pretty impressive,” Smith said of Young’s run at the trials. “… I don’t think you expected it, but when you see it – at the same time – I wouldn’t say I was surprised.”

With the Senior Trials experience under his belt – and being able to compete with Fix in the Cowboy wrestling room on the regular – Young said he’s gained a lot of confidence.

According to Smith, they expect Young to get certified at 141 pounds, and with him joining the program later into the process than most freshmen there is no certainty on where he may map into the battle at the weight. Oklahoma State returns super senior Dusty Hone – who has experience in the starting lineup, which includes earning a spot at the NCAA national tournament in 2020 before it was canceled due to the pandemic – and Kaden Gfeller, who filled in at 141 pounds for the Big 12 tournament last year due to a rash of injuries, could contend for that weight again (as well as 149 pounds, which was left vacant by the graduation of three-time All-American Boo Lewallen).

Young said he’d be fine with redshirting, if that’s what is asked of him.

“I think he’s in a good spot to be able to sit back and watch, redshirt if he needs to,” Smith said. “But if the opportunity presents itself and looks like he’s further along, then maybe we see. We’re going to put the best team on the mat. We have hopes of competing this year for a championship.”