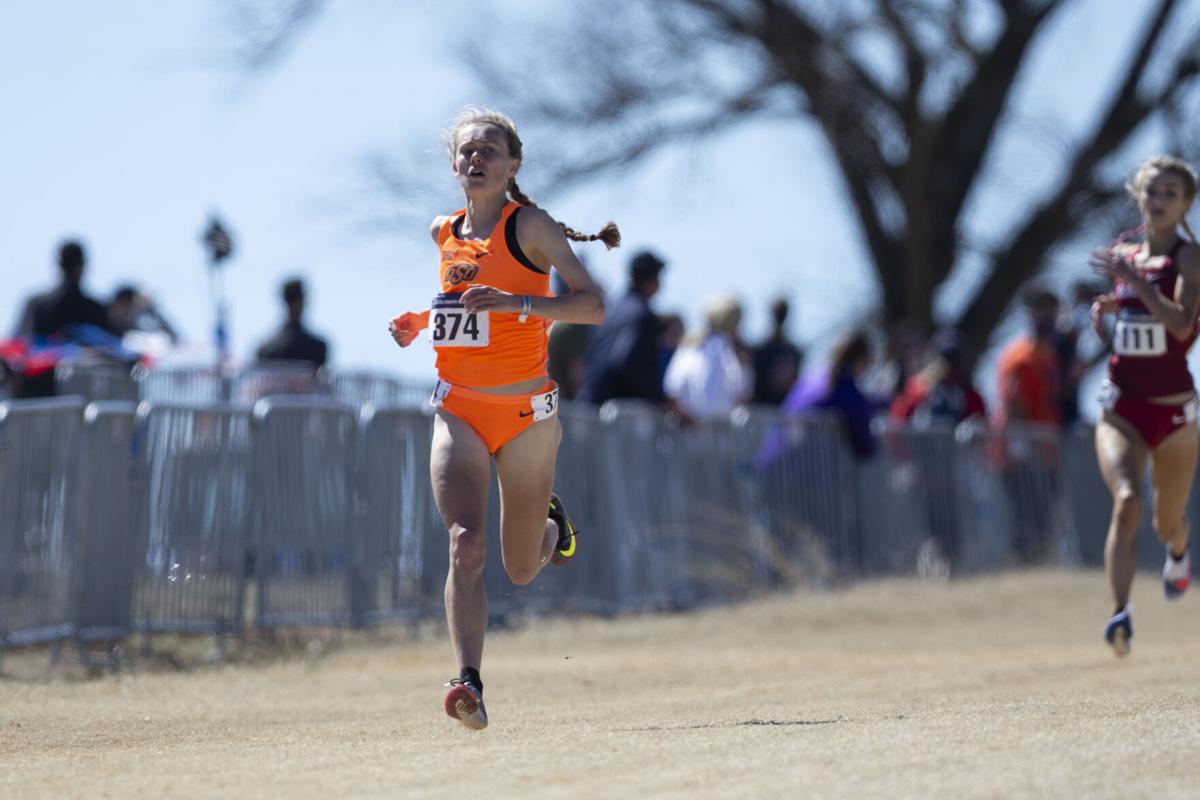 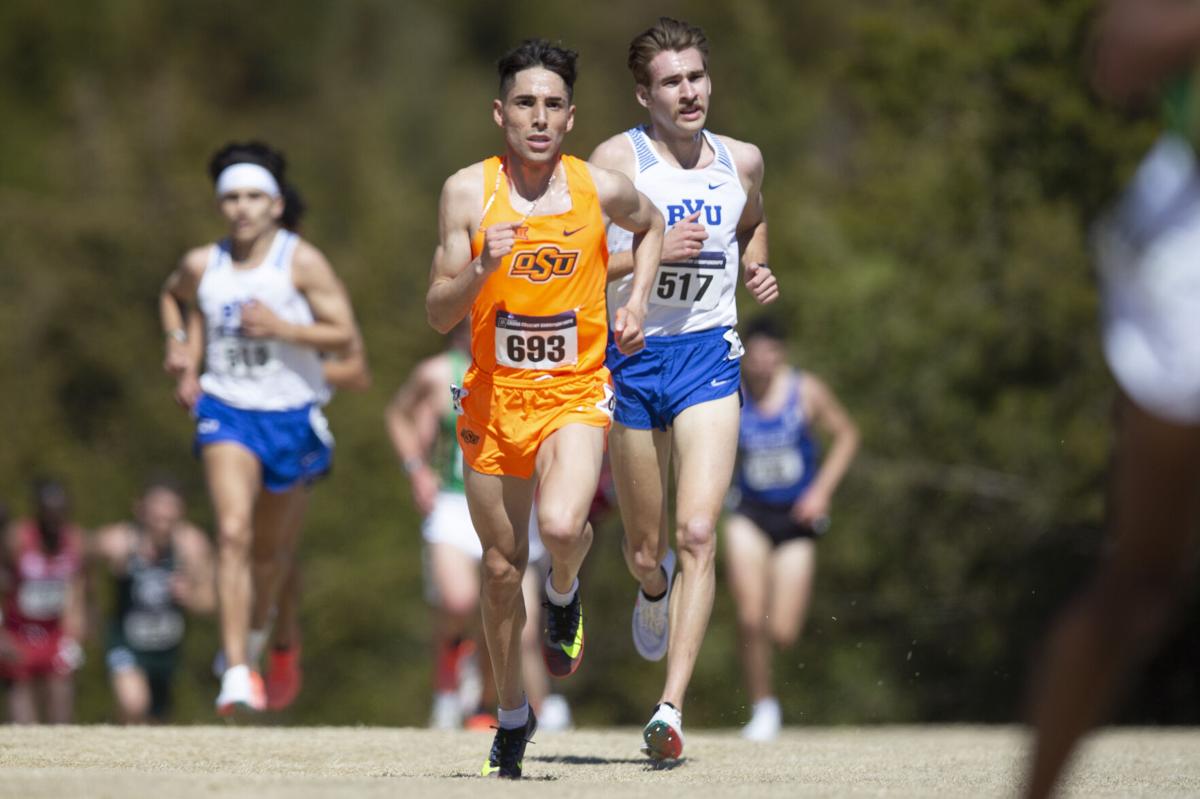 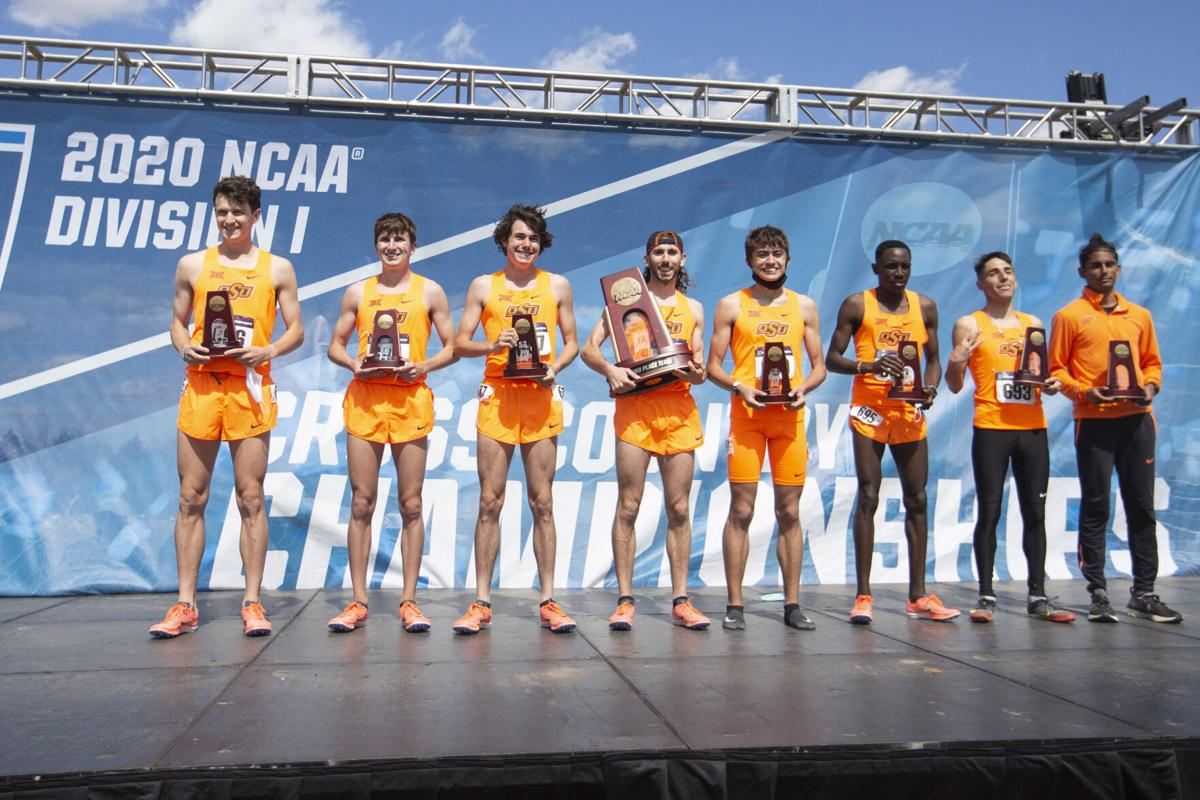 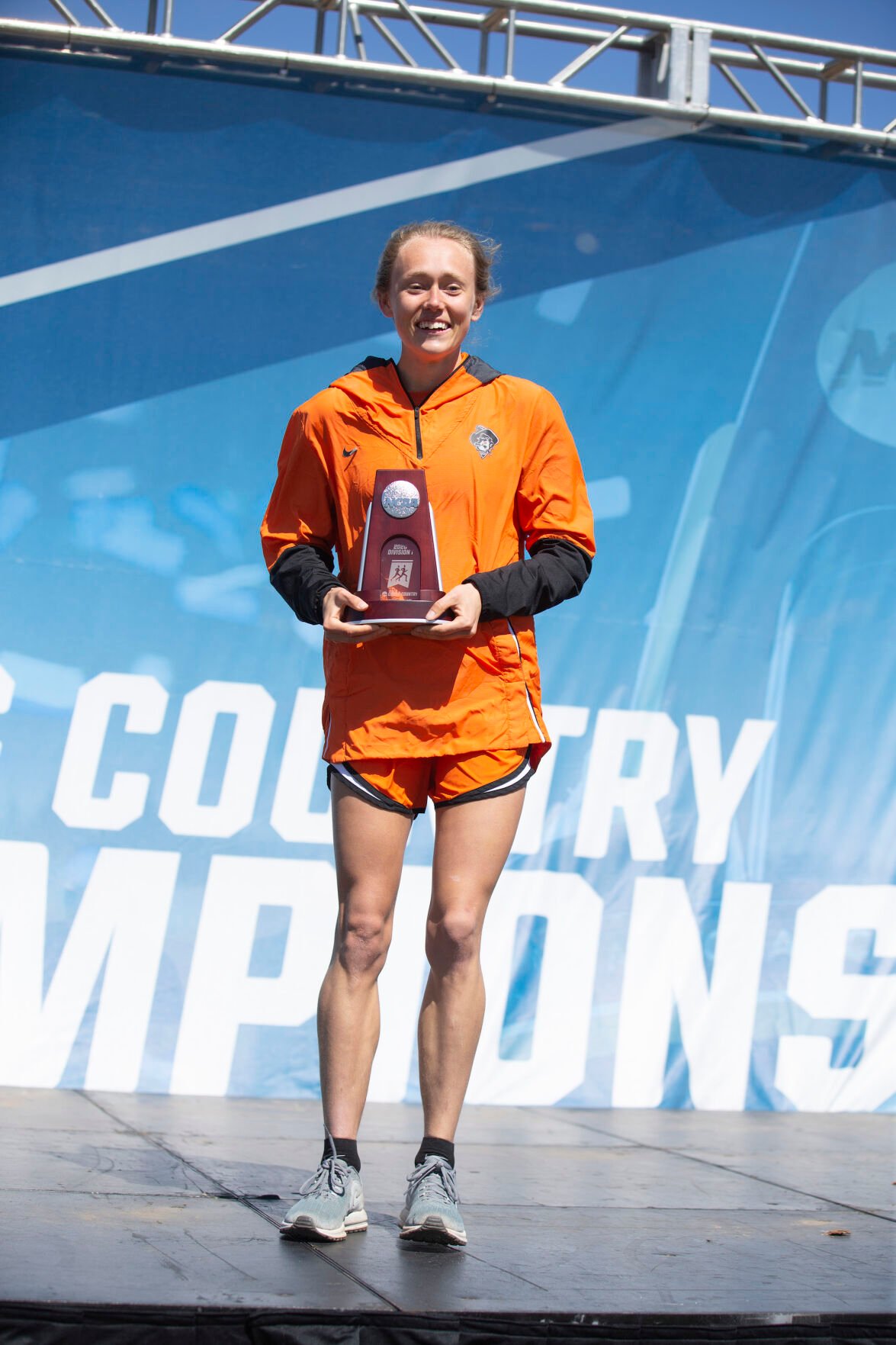 Starting the day on the OSU Cross Country Course in Stillwater was the women’s 6K. In a field of country’s 31 best teams and 255 total racers, the Cowgirls had their work cut out for them. Just as she had for the majority of the 2020 season, Roe led the way for the women of Oklahoma State.

The Big 12 Championship runner-up paced the Cowgirls across the finish line, the fourth time she’s done so this season. She clocked in at 20:06.7 in the runner-up spot, adding cross country All-American to an already impressive collegiate resume. Her time is the fourth-fastest by a Cowgirl in the 6K in program history.

“I am just really surprised and grateful,” Roe said. “That’s the best way to describe it. This really isn't going to sink in and probably won't for a few months. I probably won’t realize what just happened for a while. I couldn’t be more grateful for Dave and Anna and everyone here at Oklahoma State.”

In the final race of the 2020 season, the Cowboys displayed an incredible climb on their way to a third-place finish. The podium-level performance is the best for the Pokes since 2013, where they also finished third.

For the fifth-consecutive meet, Isai Rodriguez was the first Cowboy finisher. The 2019 All American will be honored as an All American once again after he crossed the line in eighth place in a time of 30:08.3, the fifth fastest 10K time ever recorded on the OSU Cross Country Course.

“I knew I was to expect going in, but you have to come in mentally ready for whatever,” Rodriguez said. “I was just holding on for most of the race and trying to catch as many people as possible. I was further behind and then I started catching people. I ended up finishing eighth, which I'm grateful for but I’m going to keep working and keep getting better.”

Joining Rodriguez in the top-40, sophomore Alex Maier’s 17th place finish scored major points for the Cowboys. The sophomore earned his first-career All-American honors thanks to a 30:23.2 finish.

“We wanted to win,” head coach Dave Smith said. “That was our goal. We came up a little short, but honestly NAU and Notre Dame did a fantastic job. It was a tight race. We ended up a lot closer to fourth or fifth then first or second. At the end of the day, we probably maximized what we were going to do today. I’m really proud of the guys, there was a lot of moments there where it looked like we were on the ropes. Kevin Mulcaire, our fifth man, has been through so much in his time here and wanted to be in uniform. This was his fourth year here and the first time he’s run in a season for us. He was on the ropes with about 3K to go and could have wilted and tanked us and we’ve could've been out of it. He just fought. I’m just so proud of him”

As the cross country season comes to a close, Oklahoma State will shift its focus to the outdoor track and field season. The Pokes are headed to Fort Worth, Texas to compete in the TCU Invite on Saturday.

It’s been about 16 months since Northern Arizona had its reign as the NCAA men’s cross country champion taken away by BYU.