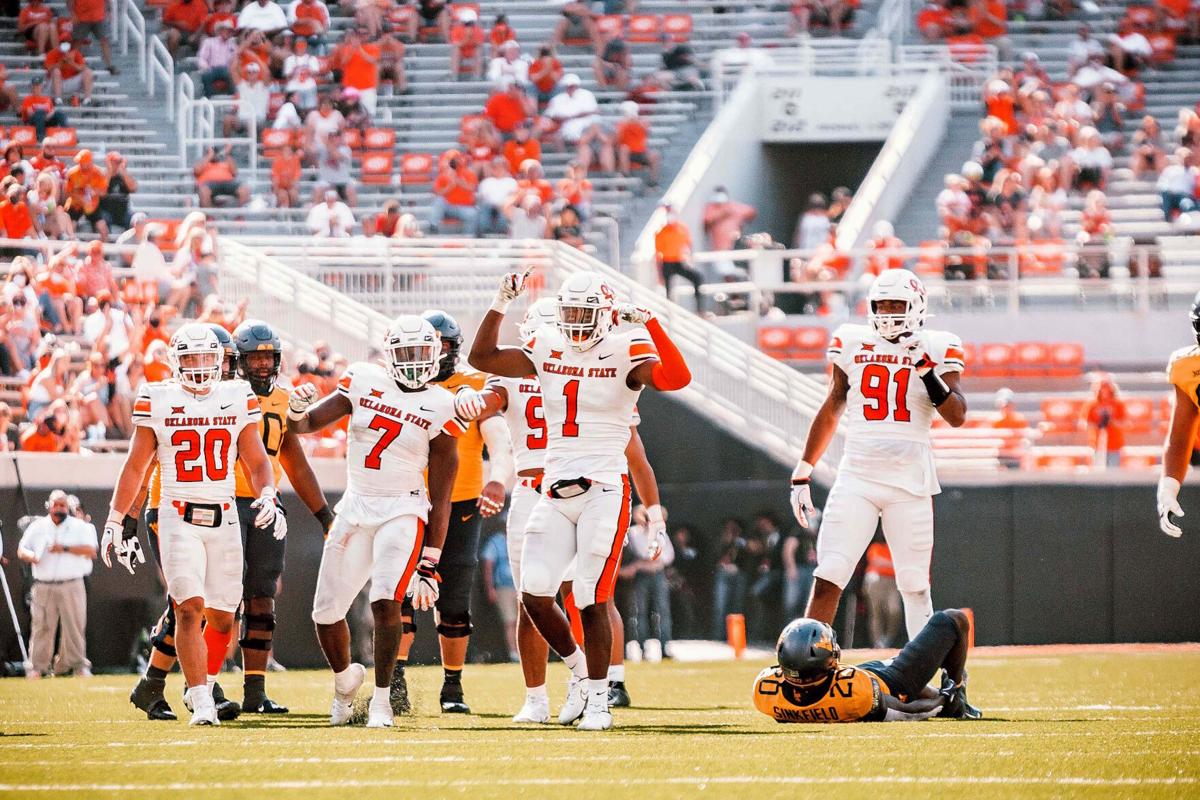 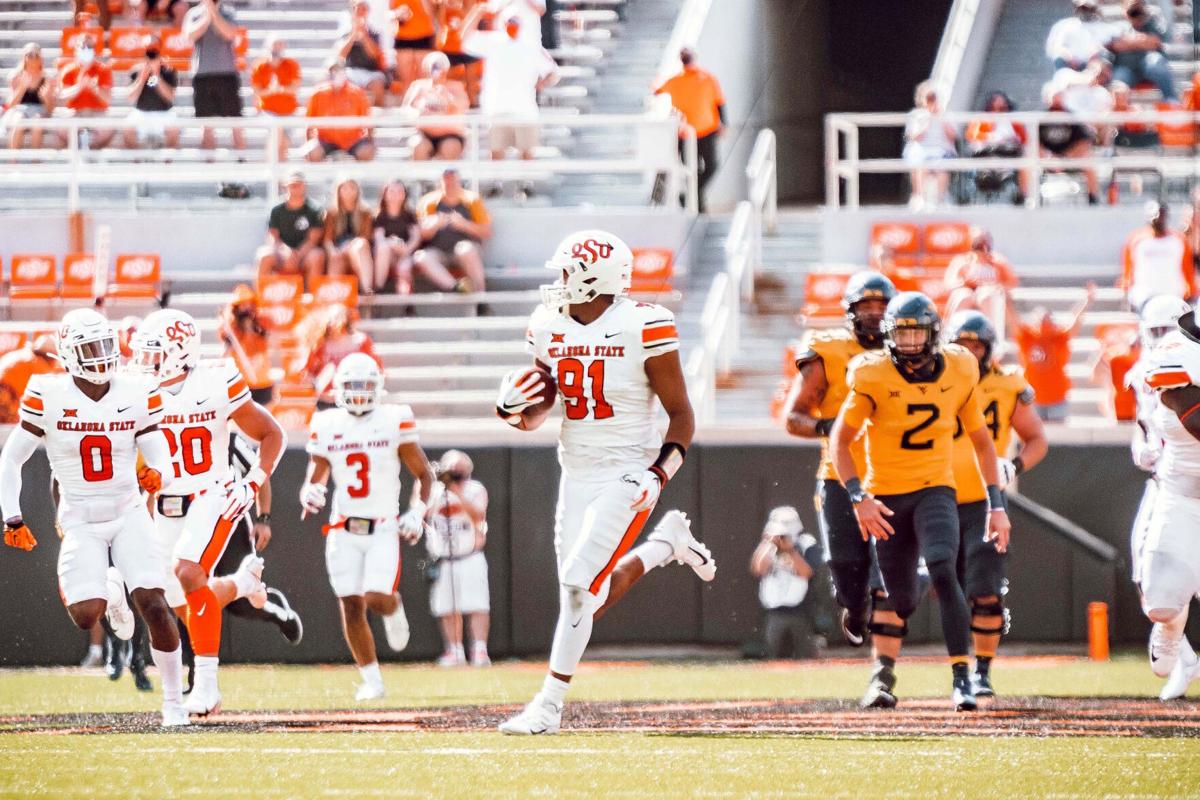 “Our defense was really good again,” OSU coach Mike Gundy said. “They continued to go out there and, as we struggled offensively, they kept their head up and made plays. We’re obviously putting the ball on the ground too much offensively, and we’re going to have to clean that up. We were able to put a drive together to end the game, but we’re going long periods of time not being in sync offensively, so we’ve got a lot of work in that area. ...

“I feel at a certain time we were a little bit undisciplined with penalties, even though some of them like (Kolby) Harvell-Peel’s were a little unusual, but we have to back off a little bit with the offsides and being undisciplined. We found a way to win again. The defense continued to get stops and gave us an opportunity to win the football game.”

OSU locked up the win with a 23-yard touchdown run by redshirt junior tailback Chuba Hubbard with 1 minute and 17 seconds remaining in the contest. It was a 15-play, 80-yard drive that took 7:39 off the clock.

Hubbard finished the game with 101 yards on 22 carries. However, he had two fumbles – both recovered by his offensive linemen – that led to him being taken out of the game twice.

“Well, it’s not good when you put the ball on the ground,” Gundy said. “He knows that, and he’s got to do a better job of taking care of the football.

The OSU rushing attack, which racked up 203 yards Saturday, was led by redshirt senior LD Brown. He carried the ball 11 times for 103 yards. Saturday was the first time two OSU running backs eclipsed the 100-yard mark since the 2018 season opener, which was done by Brown and Justice Hill.

The 110 yards in the 2018 opener were Brown’s career high for yards in a game. His performance Saturday was his second-highest of his career.

The ground game put less pressure on true freshman quarterback Shane Illingworth, who made his first career start Saturday, to win the game with his arm. Illingworth sparked last week’s home win over Tulsa with his play in just over one quarter of action.

This week, Illingworth completed 15 of 21 passes for 139 yards and one interception. To no surprise, senior Tylan Wallace was his favorite target, as the former Biletnikoff Award finalist caught six passes for 78 yards, including two critical third down passes for first downs on the final OSU drive of the game.

“He was average,” Gundy said of Illingworth. “When I say average, we’re going to grade him based on a college quarterback not being a freshman, that’s why he fell into the average category. For a true freshman he played OK. There’s times he made some mistakes, but there’s times he did make big plays. All of that is going to take time. This guy is young. We found a way to win, and that’s what is important.”

The Cowboy defense finished the win with its fifth sack of WVU quarterback Jarret Doege. The Cowboys recorded 11 tackles for a loss, nine QB hurries, six pass breakups and one fumble recovery for a touchdown in the win.

Irby ran about 57 yards on the touchdown. His teammates provided a couple of critical blocks, although Irby almost celebrated the score too soon as a WVU player nearly caught him right before the goal line. He gave OSU an early 14-0 lead.

"They did a nice job,” WVU coach Neal Brown said. “They pressured us a bunch. They're good in the secondary. I thought their nose guard, Cameron Murray, is a really good player. They did a nice job of getting on the edge, which we didn't really anticipate going into the game.

“I’ve got to wait to see if it's a technique issue for us; that's my first inclination. That's the frustrating thing for me. We got into this game, into this environment that had pressure, against a good opponent and we had some adversity. I don't think we reacted very well."

OSU won’t be back home for another game until Iowa State comes to town Oct. 24. The Cowboys will play at Kansas next week before its first bye week.