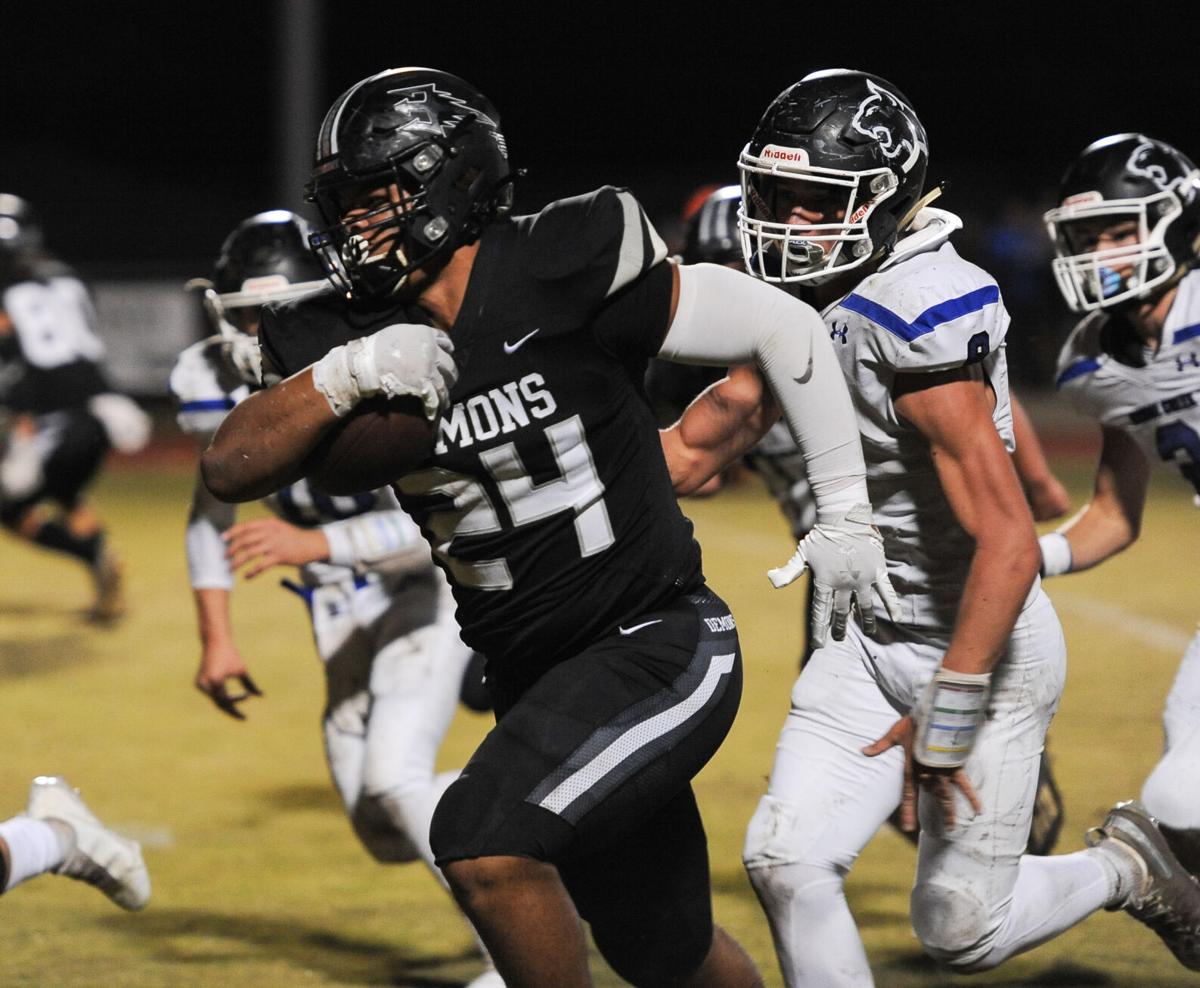 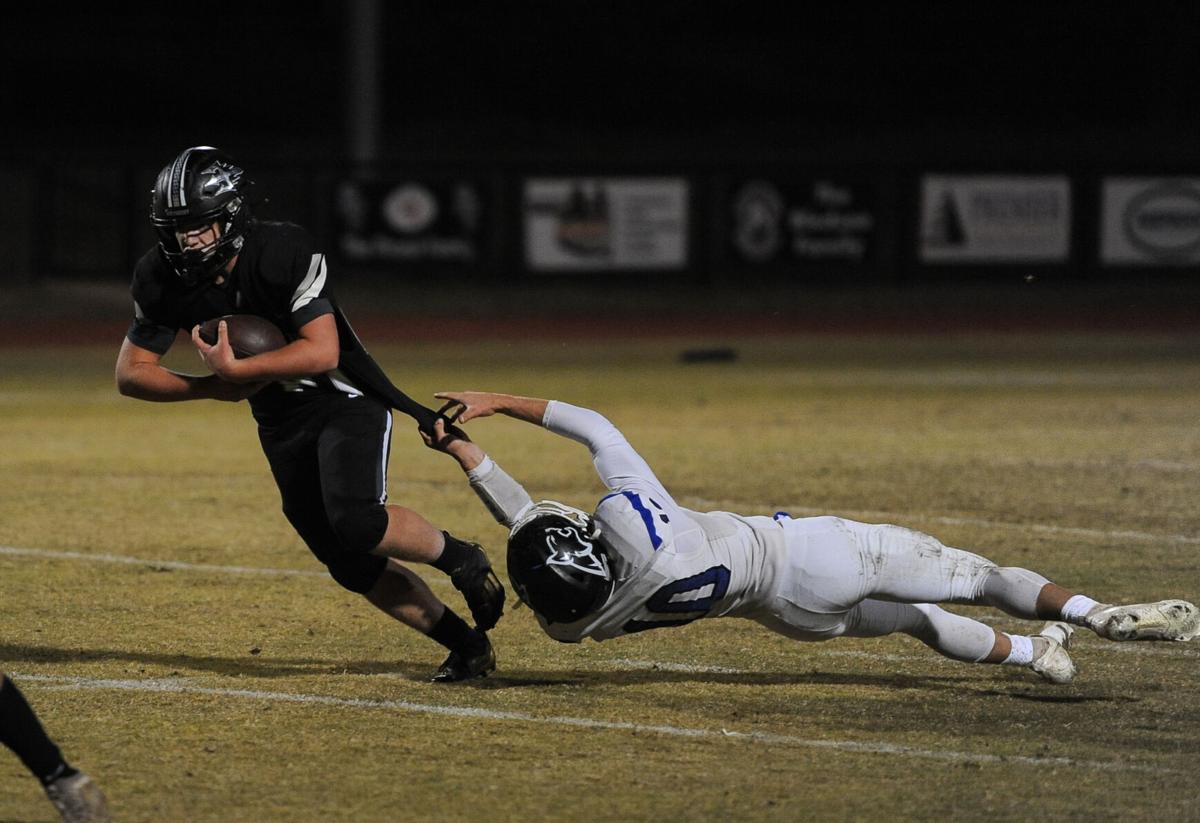 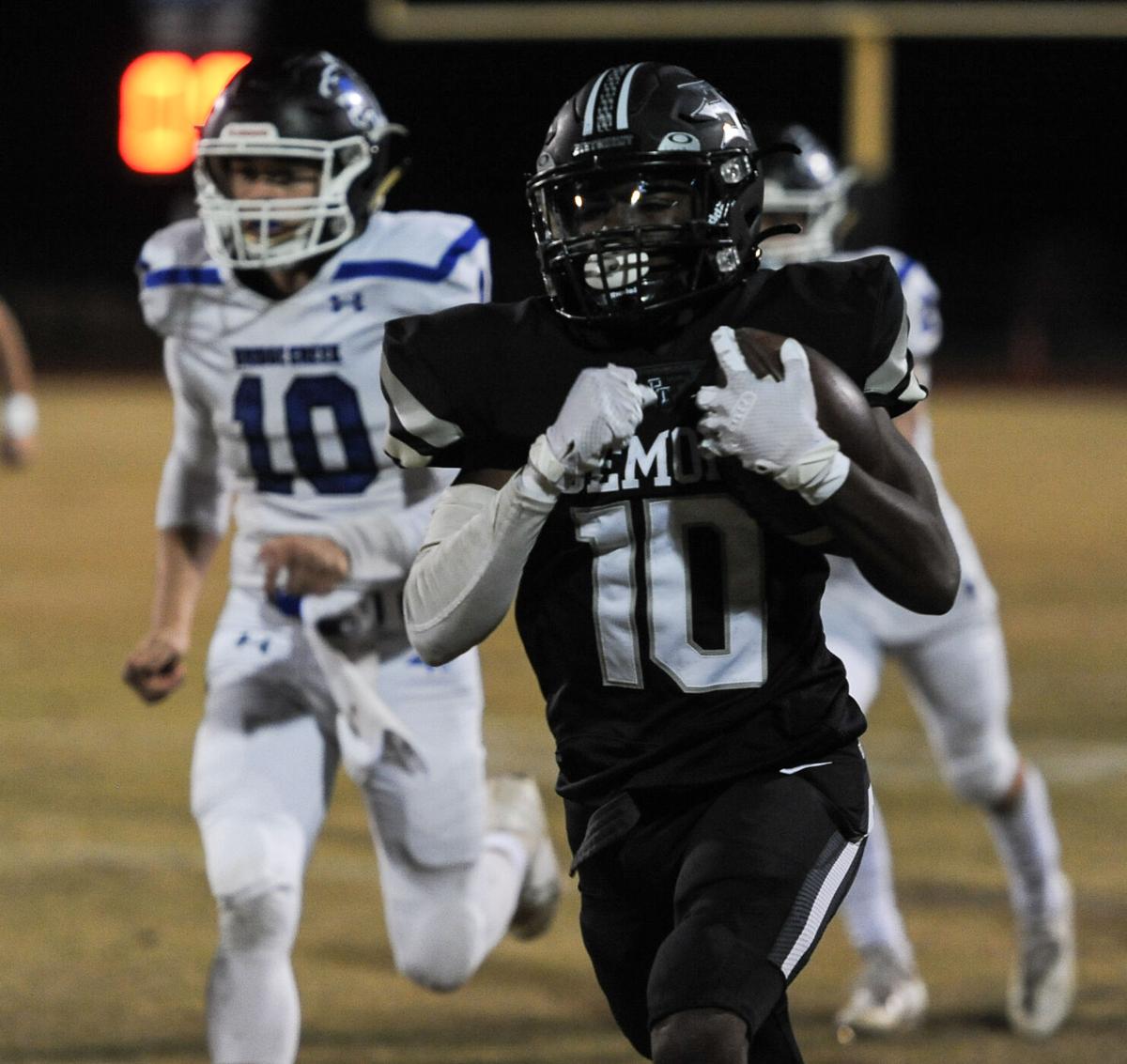 Perkins-Tryon sophomore Quincy Mouton takes the first play from scrimmage up the sideline for a touchdown during Friday's regular season finale at McIlvain Field. 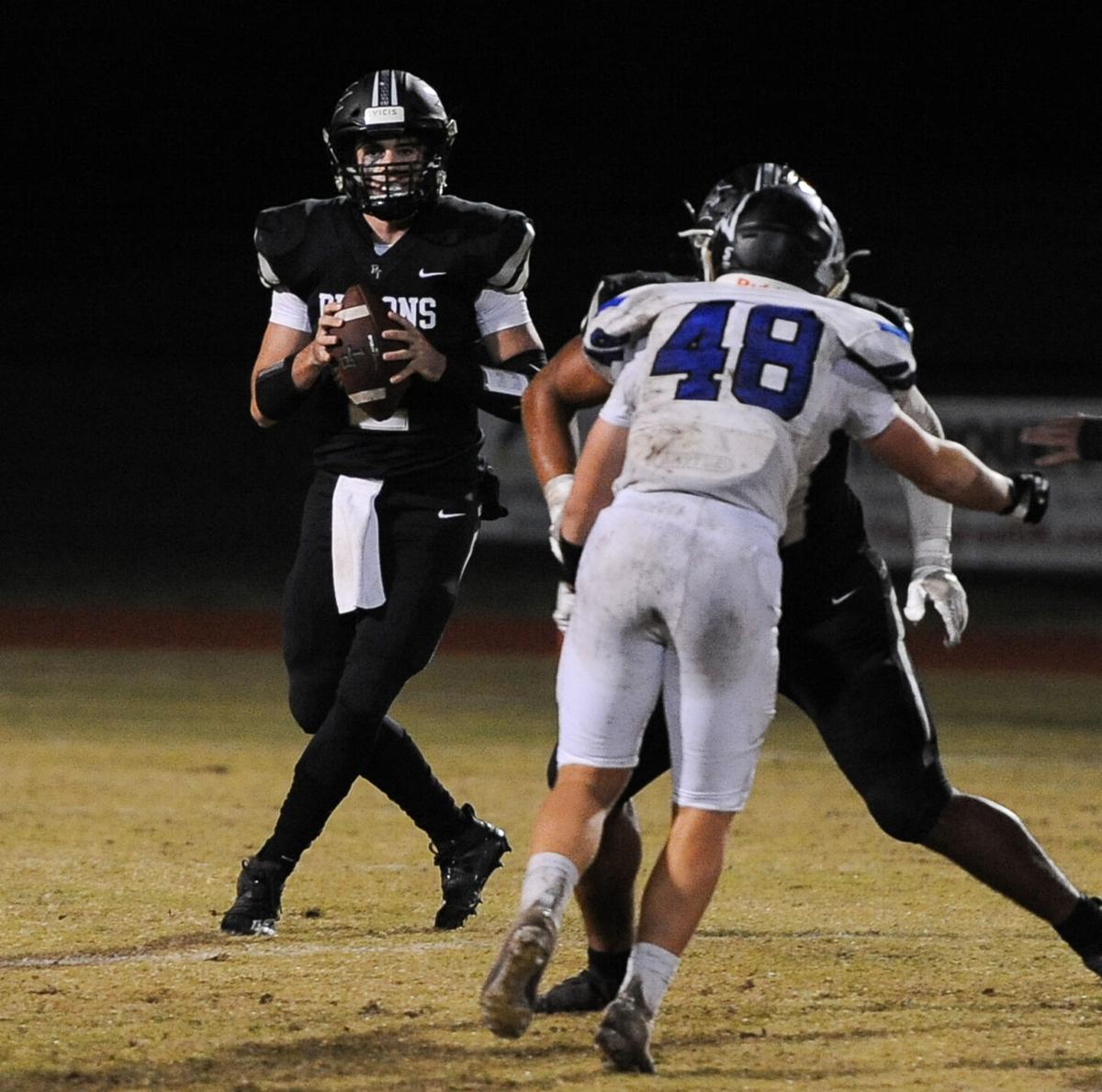 Perkins-Tryon sophomore Quincy Mouton takes the first play from scrimmage up the sideline for a touchdown during Friday's regular season finale at McIlvain Field.

Nothing gets Gunnar Thrash comfortable like a 62-yard touchdown toss to begin the game.

Thrash, the Perkins-Tryon quarterback, said the game plan his offensive coaching staff gives him sets up easy completions to begin games to get him acclimated.

In the first play of PT’s 47-0 win over the Bridge Creek Bobcats, Thrash turned to his left and fired a pass to sophomore wide receiver Quincy Mouton, who turned up field and followed his fellow receivers’ blocks for a 62-yard score.

The play took only 15 seconds, and it got Thrash more comfortable than any hammock or armchair could. The PT offense racked up 170 yards of offense on only 13 plays in the first quarter.

Thrash completed 12 of 19 passes for 213 yards, four touchdowns and one interception.

“Nothing gets me more comfortable than my offensive line doing their thing and protecting me and my receivers doing their job and making me look good, so I give all the credit to my teammates,” Thrash said.

The Demons (8-2 overall, 6-1 in district) couldn’t have scripted their Senior Night any better. Nine seniors walked off their home field for the last time in a regular season game, three on the offensive line: the unit that powered the Demon’s multifaceted offensive attack.

“We take pride in hanging our hat on those dudes up front, that’s the strength of our team on both sides of the ball,” coach Dawayne Hudson said.

PT sophomore running back Tre Stevenson led the way with 21 carries for 162 yards. It was his fourth game over the century mark this season.

“I’m just telling you I, know I don’t want to attempt to tackle (Stevenson),” Hudson said. “That dude is big and runs hard and he’s gotten better as the season has gone on. He’s a guy we’re going to lean on hard this upcoming game.”

The PT defense notched its second consecutive shutout and third of the season. The closest the Bobcats came to scoring was at the end of the first half when Mouton intercepted a pass to the end zone.

Hudson said the goal is for his team to take the defensive momentum and carry it into PT’s playoff game where they will most likely host the Lone Grove Longhorns next Friday.

“It’s a different season that’s about to start,” Hudson said. “I’m glad and I told them they can enjoy this for about 24 hours, and we’ve got to get to work. We’ve got some work to do and we’re not done for a while.”