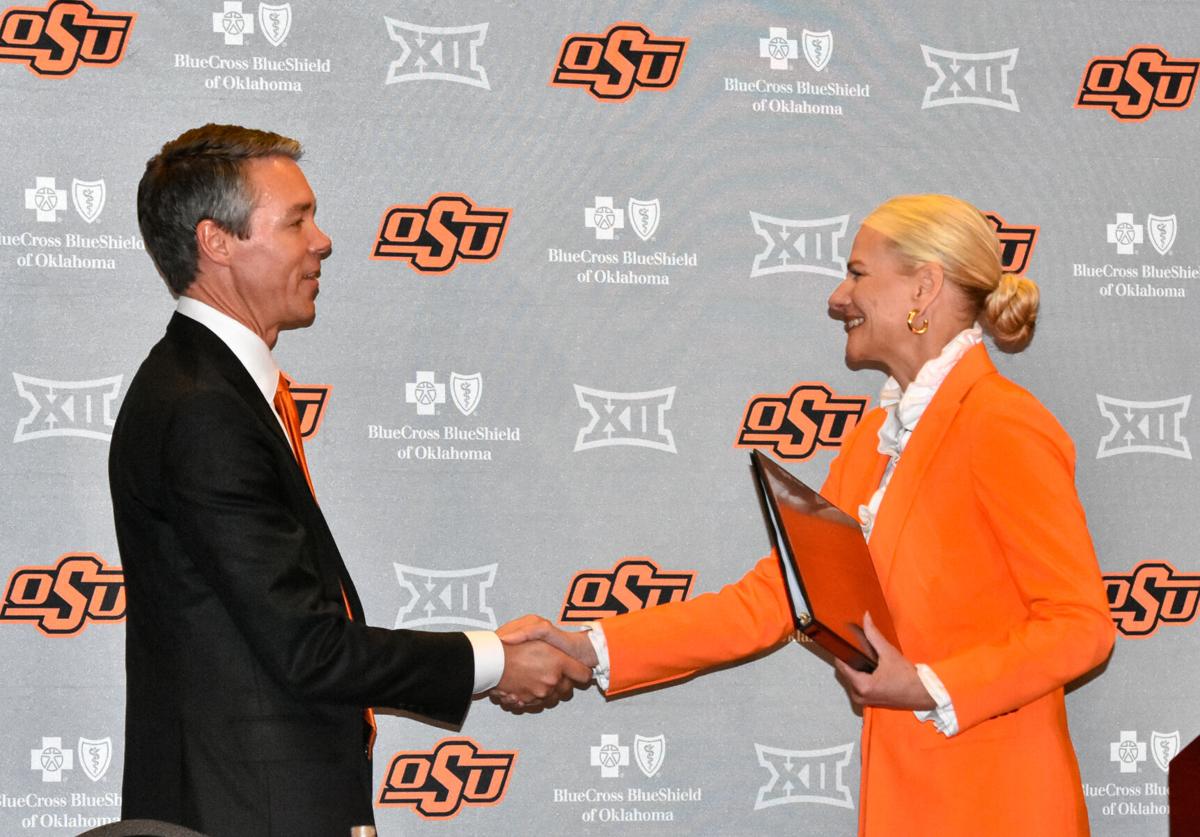 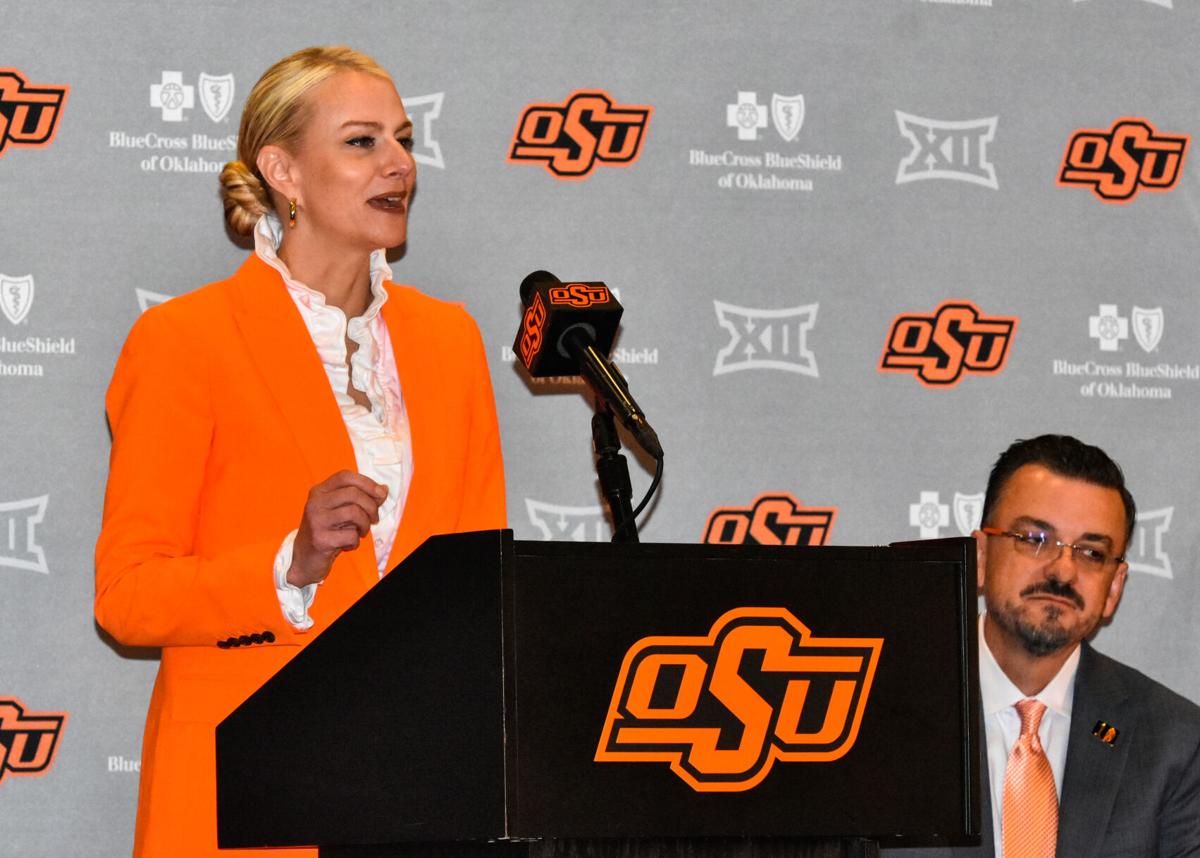 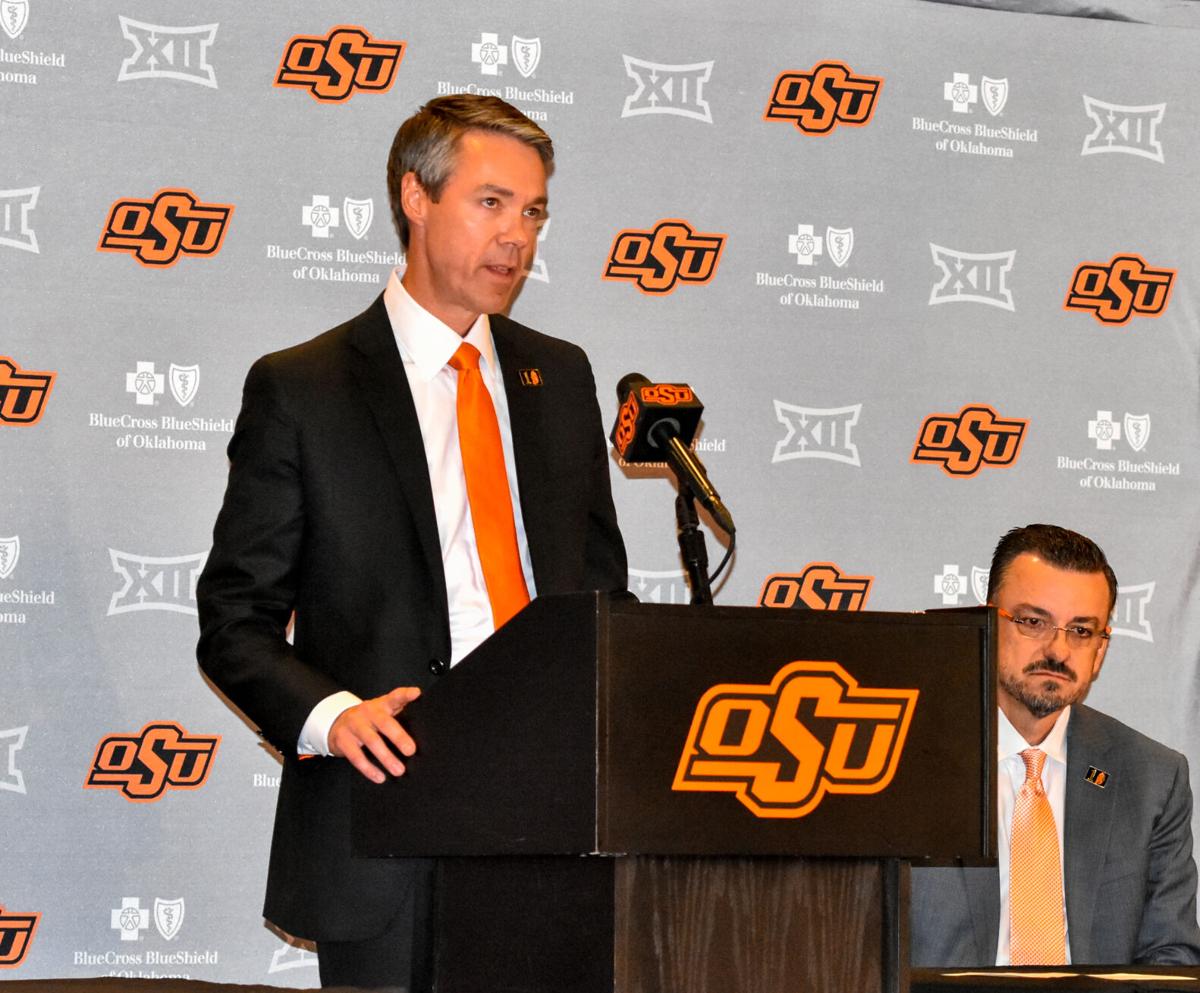 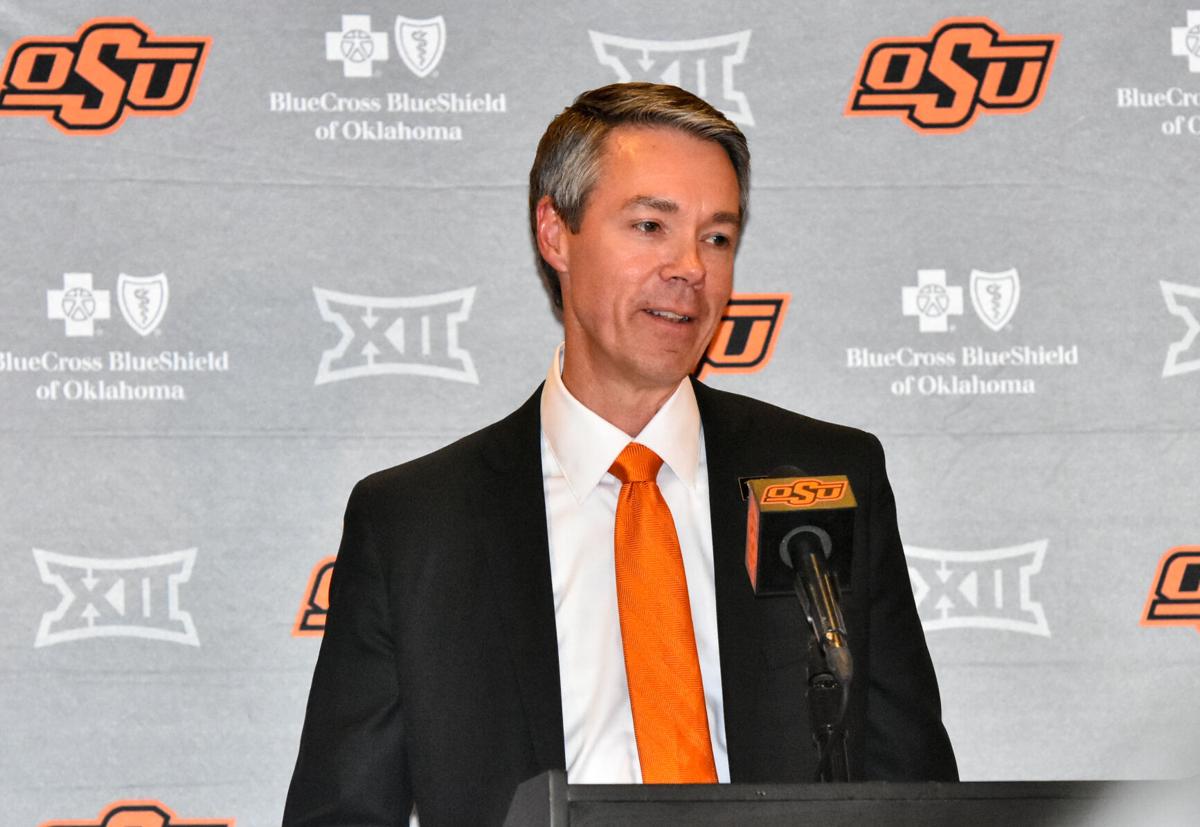 Chad Weiberg knew nearly 20 years ago that a move he was about to take could lead him away from Oklahoma State for good.

After five years working in different roles for his alma mater, he left Stillwater to take a job at Kansas State in 2004.

He spent 10 years in Manhattan, Kansas, before becoming the deputy athletic director at Texas Tech.

And through his time away from Stillwater, he eventually found his way back home, where on Thursday he was officially introduced as the new athletic director at Oklahoma State.

"This has always been my dream job,” Weiberg said during his introductory press conference. “When I got that right out of school, thanks to Dave Martin, I thought I already had my dream. When the time came to look at moving, it was scary for me, and I knew if I chose to leave, then the odds of me getting to come back would be slim. No matter how good I might do, the stars or timing would have to align and what are the odds that would happen?

Thursday’s opportunity started to become a reality in 2017 when he was hired away from Lubbock, Texas, to become the deputy athletic director at Oklahoma State.

For outgoing athletic director Mike Holder, having Weiberg in the OSU athletic department the past four years was essential in him finally making the decision to retire after 16 years running the department.

“We’ve had so much invested here – so many people, so many students, so many coaches – that you want to continue what’s been started. And so that transition needs to be to the right person,” Holder said in a one-on-one interview with the News Press following Thursday’s press conference. “He’s got everything that you’re looking for. He checks all the boxes. There’s absolutely no reason that he can’t be the best athletic director that we’ve ever had. And that’s what everybody should be focused on, is helping him achieve that level.”

Thursday was largely about the future of Oklahoma State athletics, with a brief recognition of Holder from the speakers – including a request for a round of applause by emcee Larry Reese, who joked he hoped Holder couldn’t still fire him for offering the recognition to the retiring AD who is transitioning into the role of athletic director emeritus.

Family was also on display throughout the press conference, whether it was the Oklahoma State family or Weiberg’s personal family.

But there was one family member not present for Weiberg, and that had the new athletic director on the verge of tears.

While talking through all the family who was there to witness this moment, he had a hard time talking about his brother, Jared, who was one of the 10 who tragically died in the Oklahoma State men’s basketball plane crash in 2001.

“How I wish he could be with us today,” said Weiberg, who was introduced in the O-Club, which is on the concourse level of Gallagher-Iba Arena just above the Remember The Ten Memorial. “As a fellow OSU alum, I know he would be excited. We shared a love of this place, and just like I try to do every day, I hope I can make him proud.”

When speaking about the future of the Oklahoma State athletic department, he referenced – and thanked – the many coaches who were present for his introduction.

But he also brought it back to the most important aspect of the athletic department.

“I’m the one up here talking, but this is not about me and it never will be,” Weiberg said. “This is about, first and foremost, our student-athletes. Our former student-athletes, the current student-athletes that are proudly representing this institution all over the world – they are our true North – and the future athletes still to come.”

In looking toward the future of those athletes, with it comes keeping with the arms race of facilities that his predecessor kept the Cowboys and Cowgirls in pace with the rest of the country.

As a part of that process the past four years, Weiberg already is entrenched in the “facilities master plan” to continue to grow the athletic village that was a dream of Holder and the late Boone Pickens.

“I'm not going to stand up here and tell you exactly the order of it, but we have been public with the fact that a wrestling training facility is one of our priorities,” Weiberg said. “Because of the success we've had in softball, we know we need and want to address that facility, as well. One of the final major pieces of the master plan is an indoor track. We've got to have a facility where our track student athletes can train when it is cold and raining.

“We will be looking at all of those things, and what the timing of that looks like, we don't know yet. Part of it will depend on the support we get for those projects.”