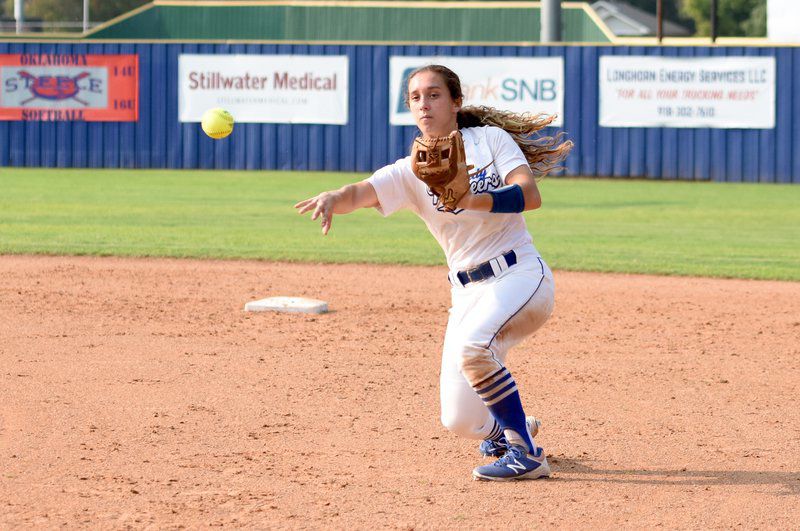 Jimmy Gillispie/Stillwater News Press Former Stillwater High softball player Kendall Jean was just starting her first year of college softball with Harvard when the pandemic brought an end to all sports across the country. 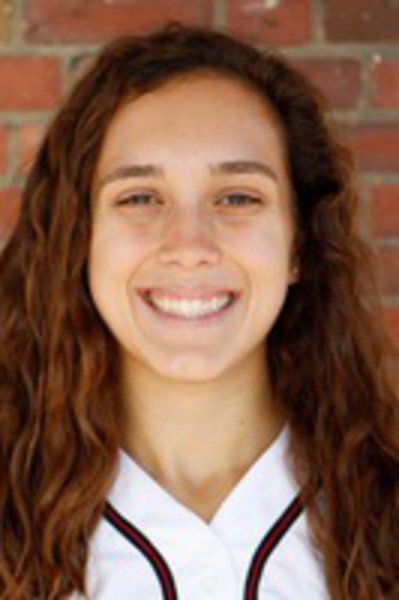 Jimmy Gillispie/Stillwater News Press Former Stillwater High softball player Kendall Jean was just starting her first year of college softball with Harvard when the pandemic brought an end to all sports across the country.

Kendall Jean reached over to look at her phone as she woke up to an email and a text that ended her freshman season after it barely began.

The Stillwater High graduate was in her first season playing for Harvard, excited about the opportunity for a California trip for a few games before she, like others across campus and the country, heard the news the season was over.

Jean, who started nine of the only 10 games the Crimson played in the 2020 season, knew the day was probably coming. She had already received an email two days earlier that Harvard was closing, only a little while after the Ivy League had suspended play.

When she heard from the coach that her season was over, Jean said it was hard to process.

“The text was from our coach who said, ‘Hey, our season is over. Go ahead and start packing up, we are going to try to get together one more time before everyone leaves,’” Jean said. “It just started off weird. We did end up doing a last little thing for the seniors, so that was really special.”

It was an end to an overall first semester and a half that she really enjoyed in Cambridge, Massachusetts, where she made friends pretty easily despite being thousands of miles from home.

“The first few weeks, they have freshman orientation and they really encourage going out there and getting to meet people,” Jean said. “Everyone is new, so just find someone and introduce yourself. They really foster this environment that everyone is new, just reach out to people because everyone feels the same way. They don’t have a lot of connections.”

She said even the time management of the course load and softball practice wasn’t too hard once she got the hang of it.

“The first few weeks, the first two months were a really big change and pretty difficult,” Jean said. “Just the moving and figuring everything out, figuring out classes and how it is going to look and how I am going to manage my time with practice. It is a big change, but I would probably say after those first two months, I started to get hooked up with softball and my classes. After that, it really started to flow right into second semester right up until we were asked to leave campus. It was a big change there in the beginning.”

She liked her freshman year. Jean lived at Harvard Yard, the home of the freshmen dorms and got to go to some Crimson football games, like their game against Brown and the famous rivalry contest against Yale.

Softball-wise, she started playing third in the fall before moving over to second, where she started in the spring. There were some good weather days in the fall when she got to practice, but in the winter, she said they got to practice on the Harvard football field where they put this big dome over it to make it an indoor facility for those months.

The Crimson started the softball season at Florida Gulf Coast’s campus in Fort Myers, Florida, on Feb. 21 against Michigan State and UMass-Lowell. Jean didn’t have to wait long for her first hit as she earned a double against the Spartans.

Jean said the team was playing pretty well, and with its pitching staff and offense, she thought it could have made another run to the postseason.

“I think we started out and it was a little rusty because we hadn’t played in a while,” Jean said. “Definitely as things started ramping up, we thought, ‘Oh yeah, we remember how to do this.’ There toward the end, we really picked it up and were starting to get going.”

Jean finished with two RBIs and an .823 fielding percentage in her shortened season.

Harvard’s final game this year was a 19-0 run-rule against North Carolina Central on March 1. The Crimson was due to head to California from March 13-17, but that never happened because of the coronavirus.

Luckily, the year isn’t completely wasted for Jean, as the NCAA announced spring sport athletes could earn another year. She said this year will now count as a redshirt most likely, and she will still have four more years.

The big question is for her senior teammates if they are wanting to come back or having to hang it up to start their careers instead.

Jean will play another year, though, as she has settled for the moment on being a history major as she loves environmental history and hopes to become a lawyer in that field.

She has liked the environmental side, but never knew it was a major of its own until she stumbled upon a history class in that subject this year. Now, she hopes she can still earn her degree in four years and play her final season of softball while entering her first year of law school.

Jean is back in Stillwater now, but she is able to do all of her Harvard classes online without a problem. For softball, she is practicing with her dad on most days when it isn’t rainy and she is looking forward to getting back to Boston and seeing her friends.

Overall, like everyone around the world, this time is something she will remember for a long time, but it still wasn’t enough to take away from how much she liked her first year at Harvard.