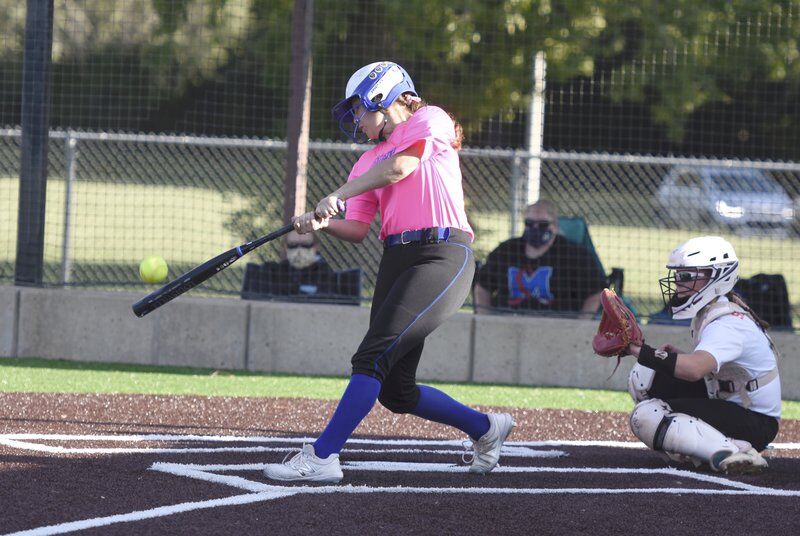 Stillwater High junior Sidney McLaughlin led the Lady Pioneers with a .455 batting average, hitting 10 doubles and eight home runs this fall. She also only struck out three times all season. 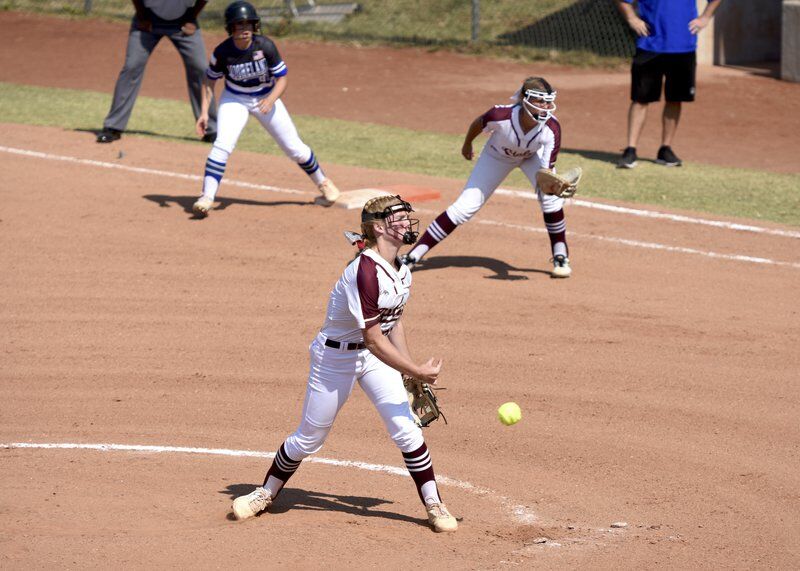 photos by Jimmy Gillispie/Stillwater News Press Ripley High sophomore pitcher Brooklyn Gobble was 29-4 in the circle, including three wins at the state tournament. Gobble struck out 242 batters in 166 innings, and recorded an 1.47 ERA. 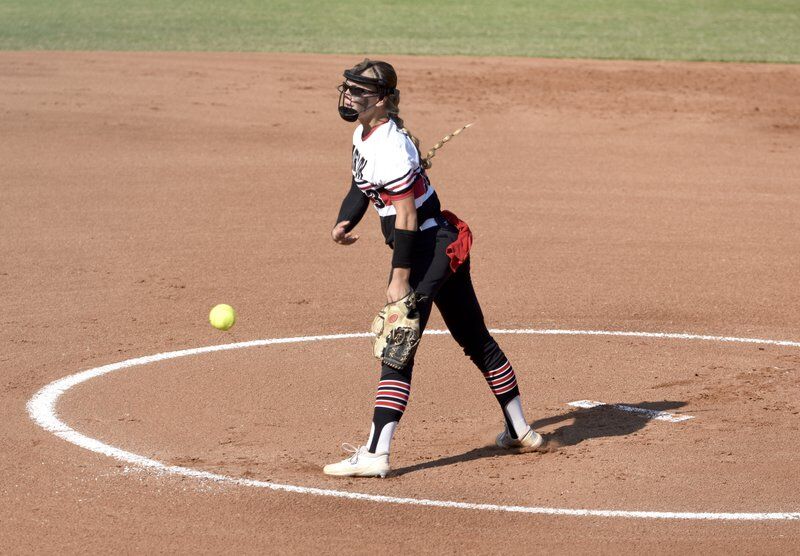 Stillwater High junior Sidney McLaughlin led the Lady Pioneers with a .455 batting average, hitting 10 doubles and eight home runs this fall. She also only struck out three times all season.

photos by Jimmy Gillispie/Stillwater News Press Ripley High sophomore pitcher Brooklyn Gobble was 29-4 in the circle, including three wins at the state tournament. Gobble struck out 242 batters in 166 innings, and recorded an 1.47 ERA.

There were also many great individual accomplishments along the way. A handful of seniors in the area will be playing collegiate softball next year, with many younger players likely to do the same in the years to come.

This year’s All-Area team was divided into three teams with an honorable mention list. Here is this year’s News Press All-Area squad:

The senior pitcher helped Perry to its second-straight winning season. Chenoweth was 7-5 in the circle with a 3.85 ERA in her 69 innings pitched. She also hit .447 with 27 runs, 26 RBI, eight doubles, two triples and six home runs, while only striking out five times all season.

In her sophomore season, Flanagan had the second-highest batting average of the Morrison team. She hit .553 with 57 hits – 22 doubles, three triples and 10 home runs – and 47 RBI. She helped Morrison to a second-straight state tournament.

The speedy senior Lady Pioneer hit .423 as the leadoff batter this year. She helped Stillwater get back to the state tournament for the third time in her career. Griffin recorded 25 stolen bases and 44 hits, including eight doubles, one triple, in addition to 13 RBI and 35 runs.

The Oklahoma State signee earned the conference and district player of the year in her senior season. She hit .545 and stole 41 bases, while helping the Lady Demons to a 20-14 record.

As a junior, McLaughlin led the Lady Pioneers at the plate and behind it as the team’s catcher. She hit .455 in 37 games, recording 51 hits, which included 10 doubles and eight home runs. McLaughlin also had 29 RBI and only three strikeouts all season.

This year’s All-Area Player of the Year was clutch in the state championship game, going 4 for 4 with a walk, while scoring twice and driving in a run as Ripley won its first softball state title. As the Lady Warriors’ leadoff hitter, Mollet batted .432 this season, recording seven doubles, six triples and five home runs, while earning 33 stolen bases and scoring 68 runs.

Sherwood ended her career at Cushing by being selected to the 3A/4A Middle West All-State Team as a utility player, in addition to being named the 4A District 1 Player of the Year. The Crowder College signee hit .517 with nine home runs as the Lady Tigers’ second baseman.

Vaughn took over the primary pitching role for the Lady Wildcats this season. She was 24-3 in the circle, throwing 137 2/3 innings and allowing just 29 earned runs this fall. Vaughn also threw two no-hitters.

At the plate, the sophomore hit .591, recording 40 RBI and scoring 49 runs. She led the team with 69 hits, which included 23 doubles, three triples and six home runs.

As one of three seniors on the Lady Warriors’ state title team, Wolfe hit. 480 with 56 RBI, 14 doubles, five triples and three home runs. She also earned an All-State selection this season.

A three-year starter and NOC-Tonkawa signee, Carrier was 14-8 in the circle with a 3.48 ERA, earning region and district pitcher of the year awards. She also hit .372 at the plate in the No. 4 hole.

As a senior, Day helped lead the Lady Panthers to an 18-9 record. She hit .378 with three doubles, two triples and one home run. Day scored 27 runs and recorded 17 RBI.

In her freshman campaign, Hall hit .397 with 11 doubles, six triples and three home runs. She caught 177 innings behind the plate, helping the Lady Warriors to their first-ever state title.

In the state title game, the junior drove in two crucial runs for the Lady Warriors. For the season, McCollom hit .319, earned 37 RBI and recorded two home runs.

As a senior, Nicholas played left field and pitcher. She hit .326 with 31 hits, while also going 8-1 in the circle with a 1.69 ERA. She was chosen as a utility all-district and as an outfielder all-region player.

The sophomore was a dangerous hitter, recording a .534 batting average with 63 hits, including 16 doubles, seven triples and seven home runs. She also had 36 RBI and 53 runs this fall.

This fall, Witter recorded a .479 batting average with 23 hits, including six doubles and two home runs, and 16 RBI while striking out just twice.

The Cowley County Community College signee hit .474 with 46 hits, which included 11 doubles and one home run, and 23 RBI. She was selected to the All-State team.

The freshman hit .327 with 35 hits, including nine doubles and two triples, and 21 RBI.

Jackson was an all-district and all-region first baseman who hit .404 with 34 RBI and five home runs.

The NOC-Tonkawa signee who earned all-district and all-region honors, in addition to an all-state nomination, hit .359 and struck out only five times in 110 plate appearances.

The senior hit .346 with 11 doubles, one triple and one home run this fall.

As an outfielder this fall, Shipp hit .415 for the Lady Demons.

The speedy senior was an all-region outfield who scored 30 runs and was a key part of three state tournament appearances by Ripley.

All-Area Softball Coach of the Year: Hoffman thankful for his former Ripley coaches

Donnie Hoffman has been the Ripley High baseball coach for 27 years, and he’s won a lot of games and appeared in seven state tournaments.