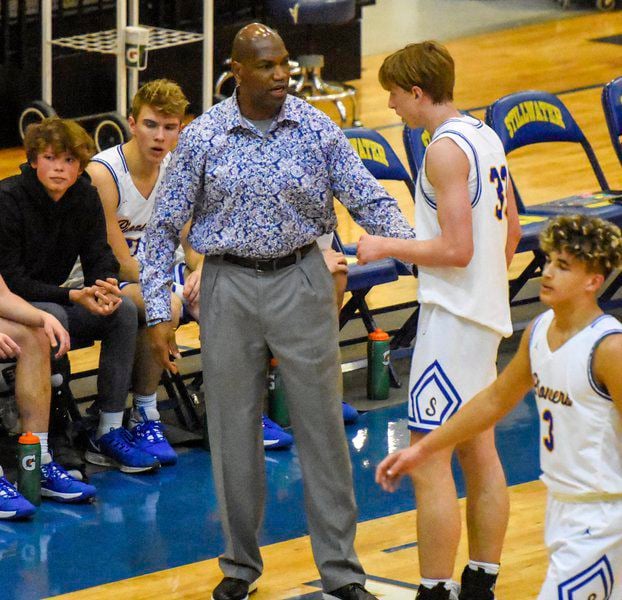 Jason Elmquist/Stillwater News Press Stillwater High boys basketball coach Michael Davis talks with a player during Friday's home game against Edmond North. Davis confirmed with The News Press that he will retire from coaching at the end of this season. 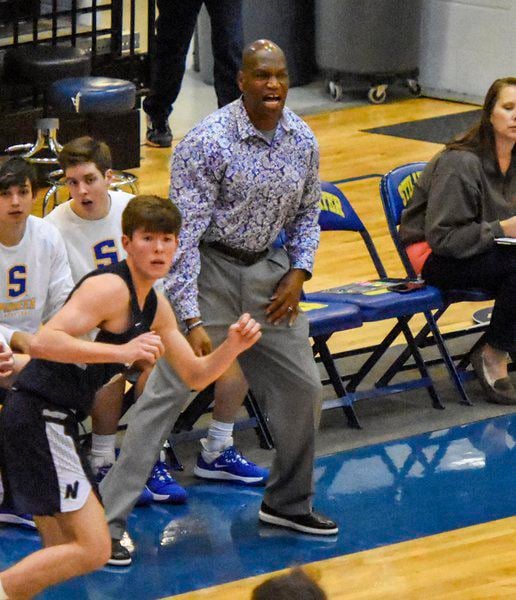 Jason Elmquist/Stillwater News Press Stillwater High boys basketball coach Michael Davis confirmed with The News Press that he will retire from coaching at the end of this season.

Jason Elmquist/Stillwater News Press Stillwater High boys basketball coach Michael Davis talks with a player during Friday's home game against Edmond North. Davis confirmed with The News Press that he will retire from coaching at the end of this season.

Jason Elmquist/Stillwater News Press Stillwater High boys basketball coach Michael Davis confirmed with The News Press that he will retire from coaching at the end of this season.

For the second-straight month, a longtime, legendary coach at Stillwater High will be stepping down at the end of the winter season.

Michael Davis, better known by his nickname “Chic,” will be following the footsteps of SHS wrestling coach Doug Chesbro, who is also resigning from his coaching position.

On Friday, it became known that Davis will be resigning at the end of the season. It was first reported on Twitter by KWEM-TV31 in Stillwater and later confirmed by SHS athletic director Tucker Barnard and Davis himself.

“It’s time. I don’t regret anything,” Davis said. “This is where I wanted to be and I had the pleasure of doing it for 29 years.”

The news of Davis’ departure spread quickly Friday. Current and former athletes went to Twitter to express their feelings for Davis.

“Coach has always had my back and has always been there for me. Congrats on a great career coach D,” SHS senior Garrick Martin tweeted.

Carson Teel, an SHS alumnus who went to pitch at Oklahoma State before beginning his professional baseball career, also spoke on Twitter. He said, “I couldn’t have asked for a better leader throughout my high school career. Helped me become the competitor I am today. This man is a legend.”

“I’m at peace with it,” Davis said. “It’s like a big burden has been lifted off my shoulders. I carry stuff inside me. Like I said, it was time.

“It’s kind of surreal right now.I’m sure as I go forward and things start to wind down, I’ll remember things and see things. I wouldn’t trade it.”

Davis, a 1978 SHS graduate, is stepping away from the hardcourt sideline, but he will be retaining his teaching job at SHS. He teaches special education and isn’t retiring from his classroom yet.

“I love those special needs kids,” Davis said. “They don’t know sad, so when you run into them and you’re working with them, they make you smile. I really love working with those kids.”

Davis has been on the Stillwater sidelines since OSU baseball coaches Josh and Matt Holliday were Pioneers in the '90s. He’s been a part of the staff for 29 years.

He was named the Pioneers’ head coach before his current players were born. Davis took over the reigns during the previous century and has been the coach for 22 years.

During his tenure, Davis coached dozens of players and won hundreds of games – 309 to be exact – but the one thing he hasn’t done is coach in the state tournament. It’s something he wishes he could have done, and with this year’s Pioneers having a 3-15 record, that chance is slim.

“The way the season is going, I thought things would be better,” Davis said. “Then we got all of those injuries in the state championship football game. Five of my starters were coming off the field. Steven (Brown) tears his knee up, Donnell Wagner quits, Garrick (Martin) breaks his wrist and Kobe (Holley) has a shoulder injury.

“They were never the same. Even right now, Kobe and Garrick are still beat up and hurt and they’re still trying to battle. But, through it all, those sophomores have gotten better from when they started to where they are now.”

Like many coaches, especially those who do it for a long time, Davis is proud of what his former players have become and how he helped guide them during their youth.

“I didn’t win a state championship and a good friend reminded me about those guys that you coach and the impact that you have on their lives,” Davis said. “I heard from a player today that’s a CEO for Pepsi Cola that told me he wouldn’t be where he was if he hadn’t played for me. Hopefully, I get to see a lot of them on Feb. 18 for my last home game.”

Davis has four regular season games and at least one postseason game left to coach the Pioneers. His final game in Pioneer Fieldhouse will be Feb. 18 when his squad hosts Southmoore, which is currently ranked No. 1 in Class 6A.

While odds are stacked against him with all four teams ranked in the top 20, including two in the top three, Davis isn’t prepared to throw in the towel on his final season.

“I’ve always said this group is special and I still feel like this sophomore class can be really special in time,” Davis said. “It’s just that 29 years representing Stillwater the best way possible and I’m proud of the teams we’ve put on the floor for 22 years as a head coach. … I’ve been able to do my dream job a total of 29 years.

Following the conclusion of this season, Davis plans to spend more time with his wife and daughter. He spent Saturday night with his 6-year-old daughter at the Daddy-Daughter dance in downtown Stillwater.

“Now, it’s time for me to focus more on my wife and daughter and be there for them,” Davis said. “For 29 years, I haven’t had a Christmas vacation or a Thanksgiving. Me and Coach Chesbro talked about stuff like this. Being able to have him as my support and I support him, it’s like a family. He’s two years younger than me, but his older brother and I graduated together.