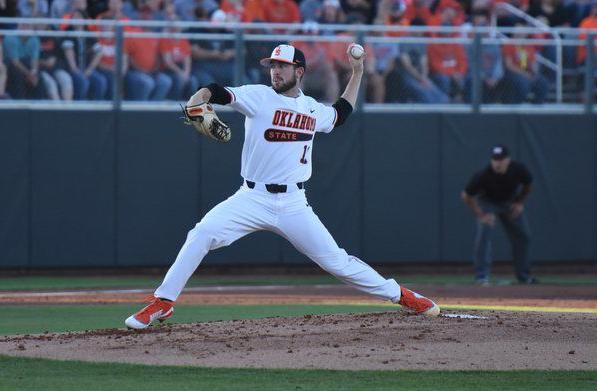 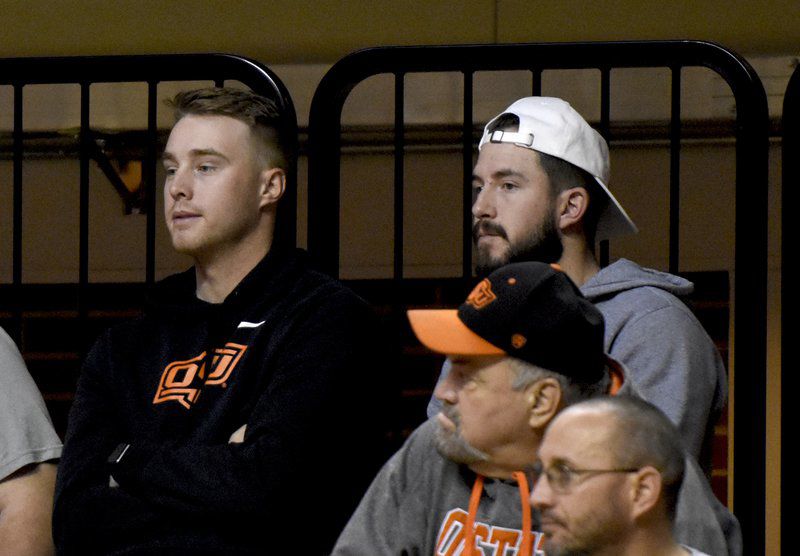 Carson Teel had a whirl-wind adventure in his first full season in the minor leagues.

The former Oklahoma State and Stillwater High pitcher experienced the highs and lows – with more highs – of trying to become a big-league baseball player after being drafted by the Washington Nationals in the 16th round of the 2018 draft – foregoing his final year of college eligibility.

A week after starting his summer at the Hagerstown (Maryland) Suns, the Nationals’ Single-A affiliate, the decision makers saw everything they needed to.

He was shipped up to High Single-A with the Potomac Nationals – in Woodbridge, Virginia – after going 1-1 with a 1.50 ERA in six innings of relief. He allowed just one earned run while striking out 10 and walking one.

So most of his first summer was spent with the Potomac squad, where he became one of the best options for the squad.

Teel had the best ERA of the four pitchers with over 100 innings pitched – with his 3.12 being nearly a run better than the others on staff. His 93 strikeouts were third – only 29 behind the leader of the ball club, who also pitched 26 more innings than Teel – and he gave up the fewest walks (32) among the top four pitchers by innings.

“It’s always a question of how you’re going to do, all the time. You go into situations confident, but just not sure about the outcome,” Teel said. “I was in a good position going in, and as the year went on, my numbers kept looking good. I felt really good about the way I threw, other than about two or three games.

“So that was a big confidence boost for me throughout the year, but especially coming into the offseason in knowing what I can do and if I’m making the next step up, then it’s just another one of those challenges.”

But his summer didn't end in Potomac.

After the Nationals failed to make the playoffs at High Single-A, Teel didn’t just head straight back to Stillwater.

Instead he got a call up to the Double-A team – the Harrisburg (Pennsylvania) Senators – to add depth to their pitching staff heading into the playoffs of the Eastern League.

“That was a really cool feeling with the way it happened. If we would have made the playoffs in High A, I would have been starting in the first game for them with how it was scheduled out,” the former Pioneer and Cowboy said. “So we got eliminated, and next thing I know, I’m getting called into the coach’s office and I figured it was just to get told that I wasn’t throwing for the rest of the year since the season was kind of done. But they told me I had gotten moved up, so that was an incredible feeling.”

He actually got the call to start in the elimination game of the opening series against the Bowie (Maryland) Baysox. It didn’t go as smoothly as his time in the Single-A levels.

He pitched 5 innings, allowing seven runs (all earned) on 10 hits (three of which were home runs) with one walk and one strikeout – with most of the damage coming a five-run second inning.

“It was shaky up there a little bit, a rough outing,” Teel said. “But overall, it was a great experience to go up there and find out what it’s about. We ran into a good team, so I’m now looking forward to the opportunity again if I get it.”

Teel credits a decision made by the organization after his half summer in the minors, following his final season with Oklahoma State, for his success last summer.

After the conclusion of the 2018 baseball season – in which he had pitched over 124 innings between college and the pros – he was told to shut down his arm.

There was no plan for him to work on mechanics, learn a new pitch or strengthen his arm. He was told the best thing was rest.

“It was refreshing, because I don’t think I had ever done that,” Teel said. “In college, you have your season and then you go to play summer ball and then come back to play fall ball. So you’re constantly going, and you may get a month here and there, but never just an outright window of about three months. That was refreshing for my arm for sure.”

And he discovered recently just how important such a thing can be for a young pitcher with aspirations of making it to the major leagues.

Former Oklahoma State pitcher Koda Glover, who had reach the top level of the sport with the Nationals, was somebody Teel had as a mentor within the organization. But just about a month ago, after back-to-back seasons marred by arm injuries, Glover announced his retirement.

“It stings when something like that happens because it’s a weird feeling,” Teel said. “Knowing him since my freshman year of college as somebody you look to for advice in college and just chatted with him while he’s in the pros.

“Then you get on the same organization, see him there for about two weeks straight (during spring training) and continue to talk to him while he’s working through rehabs and we’re talking. Next thing you know, he’s done. It was a weird feeling.”

A two-sport athlete at Stillwater High, Teel has always known the significance of taking care of his body.

But now that his body – especially his left arm – is his livelihood, and seeing a pitcher he confided in have to end his career due to injury, has certainly struck home for 23-year-old pitching prospect.

“I think you always want to be sure you are doing things the right way. Any time you can get treatment or get things going, you find a way to do that,” Teel said. “It’s just one of those things where it’s your job to throw the ball, and if you’re hurt and can’t throw the ball, then you can’t do your job.

“You’ve got to take care of it, and if it’s barking, you’ve got to let somebody know. But I think at the end of the day, you’ve got to focus on mechanics and that will normally lead to a healthy career.”

Teel has returned to Stillwater the past two offseasons, and with the minor leagues not offering a lot in regards to pay, he’s expanding his regiment in his hometown.

Not only has he spent time focusing on himself – or going to Oklahoma State men’s and women’s basketball games – he’s also giving back to the community’s youth who are hoping to become the next “Carson Teel.”

He’s been working at GameDay Sports Complex out west of town, helping aspiring baseball players with mechanics and the like.

“It’s a pretty cool feeling to go out there and help them with that,” Teel said. “You always want to do something to just inspire people and be a role model. It’s kind of funny, because some kids know who you are and then some kids have zero idea of who you are. I think that’s the best thing in the world, because you don’t want to always be looked at as the player and some people are now getting to know me as the person, which is fun for me.”

He’s also getting an opportunity to see the growth of those kids he has worked with, and is taking pride in that aspect, as well.

It could also be the precursor to a future career whenever his playing career is over.

While he’s obviously hopeful that those plans are much further down the road, the prospect of coaching has been something that has definitely been a topic of discussion.

“We used to all talk about it, getting together and becoming basketball coaches and win national championships. The other day, Trevor Boone was talking about, ‘What if we got our own dream team together and coached the baseball team?’” Teel said. “But that’s just something if it comes up, it comes up.

What is at the forefront for Teel is his second full season in the minor leagues?

He has yet to receive word on his reporting date – he said he typically finds out by mid- to late-January, but he is hopeful to be seen by the right people and have the success of last summer carry over into the spring as the teams figure out which level to start their prospects.

“If I get the opportunity to start there again, I think I’ll be a little more ready than I was when I was jumping into a playoff push,” Teel said. “But I’ll be happy to go wherever they send me, and make the most of it.”

And this spring training will be a little different, too.

When he arrives in West Palm Beach, Florida, with the entire Nationals organization, there will be more of a buzz in the air than his first spring training after the Nationals won their first World Series this past fall, beating the Houston Astros in seven games.

“It was awesome that they did it. It’ll be cool in spring training having the Astros and the Nationals down there,” Teel said. “It’ll be a lot of fun.”

That’s the ultimate goal for Teel – being a part of the big league squad.

And if he’s fortunate enough to start at Double-A, or get called up at some point this summer, he may not be far from that goal.

It’s become more of a trend in the MLB that prospects performing well at Double-A get a call up the majors with completing skipping the step of playing in Triple-A.

“That’s the crazy thing about it, that’s how it happens sometimes. Guys jump from Double A to the League, like Donnie Walton did last year (with the Seattle Mariners),” Teel said. “It’s one of those things where if you play well enough, the cards can kind of fall where they may. I think the biggest thing about it is you’ve just got to play well, and if you play well and an opportunity arises, hopefully it’s your name at the top.”