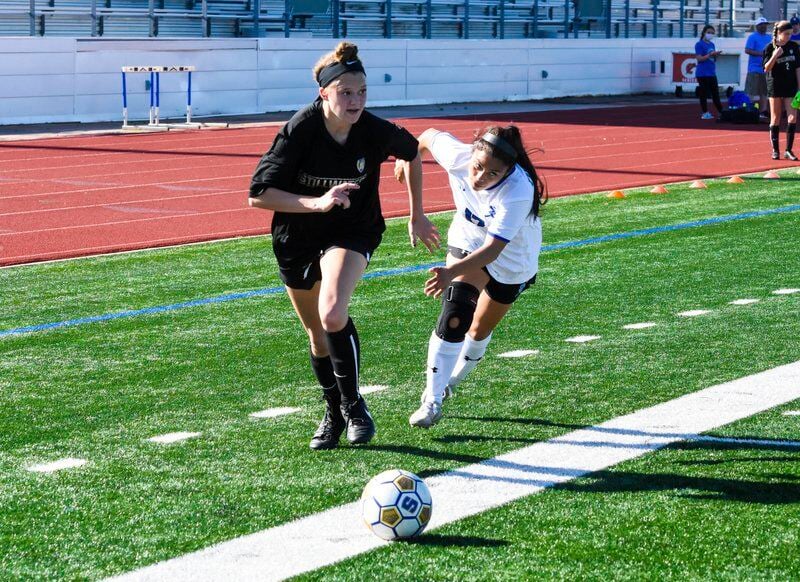 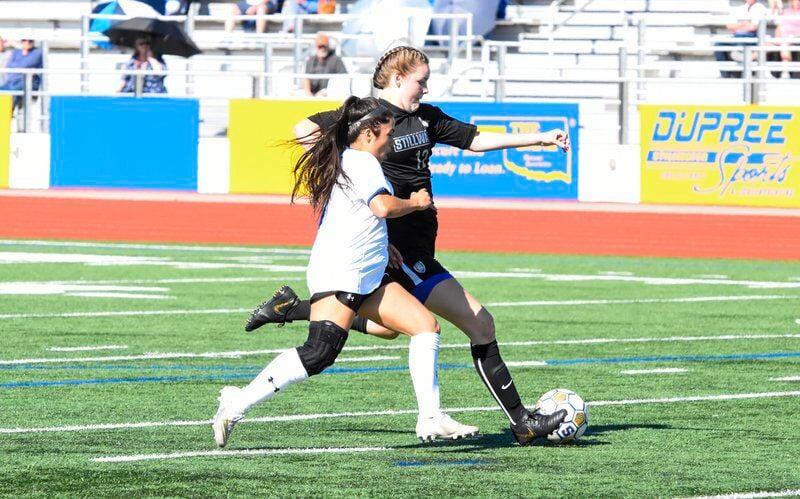 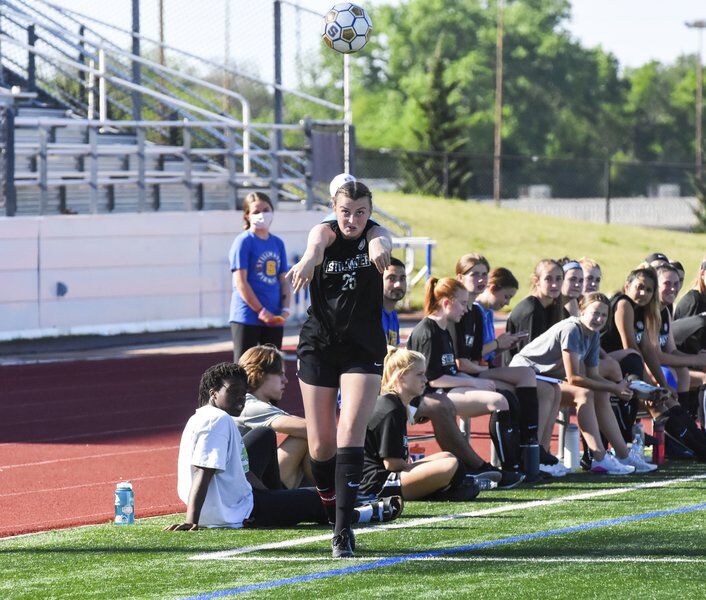 Stillwater High senior Joye Condley throws the ball in during the season finale. With Friday’s 4-3 loss, the Lady Pioneers season came to a close short of a postseason bid. 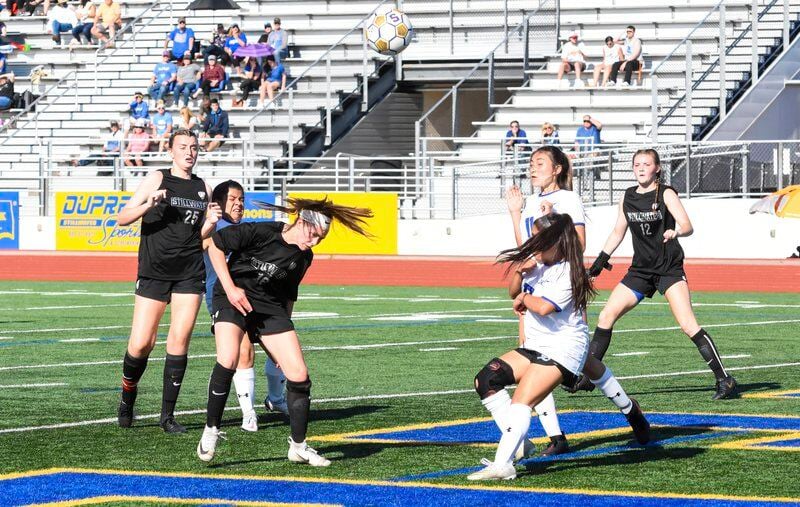 Stillwater High senior Joye Condley throws the ball in during the season finale. With Friday’s 4-3 loss, the Lady Pioneers season came to a close short of a postseason bid.

For the fourth time this season, the Stillwater High girls’ soccer team lost a district game by a single goal.

Nothing was on the line for the Lady Pioneers – except pride – when they hosted Sapulpa on Friday night at Pioneer Stadium. The game was postponed twice this spring.

Stillwater scored the first goal, but Sapulpa responded with four unanswered goals en route to a 4-3 victory to secure the fourth and final playoff spot in District 6A-4.

Four of the Lady Pioneers’ six district losses came by one goal. Three of those were 2-1 defeats, and two of those opponents will be in the Class 6A state tournament next week.

Stillwater took a 1-0 lead during the first eight minutes of action. A pass ahead down the middle of the field was tracked down by junior Chrissen Harland.

With a defender nipping at her heels, Harland dribbled twice and softly kicked a shot to the right. It rolled in front of the Sapulpa goalkeeper and into the net with 32 minutes and 4 seconds left in first half.

However, Sapulpa answered quickly with the game-tying goal. It came less than three minutes later. Sapulpa took a shot about 20 yards and and the left-footed shot sailed into the right post and deflected into the net.

The back-breaking goal for the Lady Pioneers came with 2:31 remaining in the first half. Sapulpa was nearing the end line when it fired a shot toward the front corner of the goal, and it squeaked between the Stillwater goalkeeper and the post as it rolled into the goal.

“We just give up too many easy goals,” Condley said. “We give up an easy goal before halftime and it’s a momentum killer.”

Sapulpa added a pair of goals in the final 17 minutes of the game to clinch the victory. Both shots came from 25-35 yards out and flew into the net.

Despite the 4-1 deficit, the Lady Pioneers didn’t go quietly into the night to end their season. They kept fighting and clawed back within one goal with a pair of goals during the final eight minutes.

Stillwater’s Elise Bosma began the rally with 7:43 remaining in the game with a goal into the right corner of the net. Nearly five minutes later, Harland was taken down in the box, awarding the Lady Pioneers a penalty pick. Sidney Gough took the PK and drilled the ball into the lower, left corner of the net.

“We’re in it if they have that sense of urgency the whole time,” Condley said. “Then, maybe it’s a different game. We talked to them and said we have to play with a sense of urgency the whole time. We scrimmage against our JV2 boys and we look great, but we get against other girls and we struggle. I get it, it’s varsity and the level goes up, but we’re getting better. We had good leadership, but we just didn’t have it on the field this year.”

Stillwater was unable to get another shot during the final 2:53 of the game. The Lady Pioneers’ season ended with a 3-11 record.

“We’re close, so hopefully they take this into next year,” Condley said. “We’ve got to get a little bit faster. We’re too slow speed wise, but we’ve talked about that before. We know that, so you have to be better possession wise, and we do OK at times.”