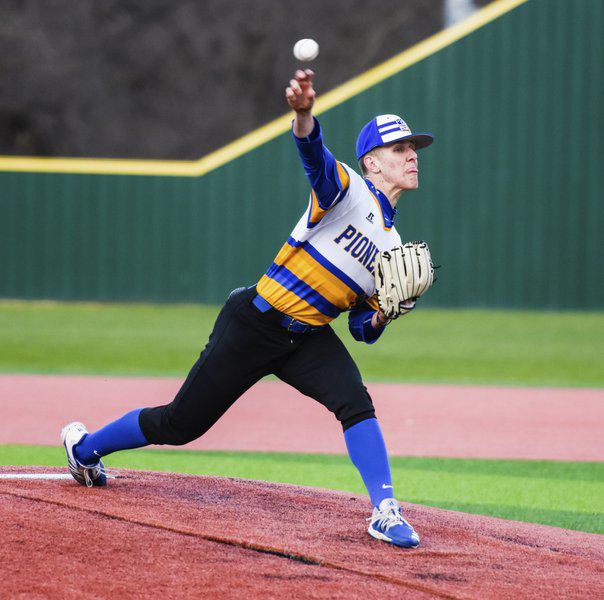 Jason Elmquist/Stillwater News Press Stillwater High senior pitcher Isaac Stebens will be one of two seniors who plans  to play college baseball from the nine seniors for the baseball team. 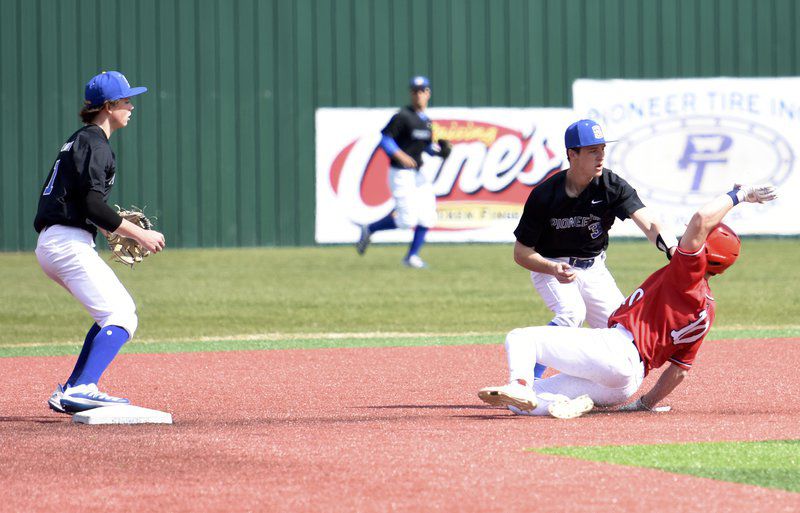 Jimmy Gillispie/Stillwater News Press Stillwater High senior second baseman Braedyn Sommer will be one of two seniors who plans  to play college baseball from the nine seniors for the baseball team.

Jason Elmquist/Stillwater News Press Stillwater High senior pitcher Isaac Stebens will be one of two seniors who plans  to play college baseball from the nine seniors for the baseball team.

Jimmy Gillispie/Stillwater News Press Stillwater High senior second baseman Braedyn Sommer will be one of two seniors who plans  to play college baseball from the nine seniors for the baseball team.

Jimmy Harris had been preparing his Stillwater High baseball players for a possibility that became reality on Wednesday.

With the unanimous vote by Oklahoma’s State Board of Education to close public buildings for the remainder of the school year – and to continue only with distance learning – all extracurricular activities would also be canceled for public school systems across the state.

So the final level of potential holdouts for sports was also canceled in Oklahoma – no major professional, college or high school sports for the foreseeable future.

“When we saw the proposal a few days ago, I called all my senior players and basically just talked to them,” Harris said by phone interview with the News Press on Wednesday. “They all knew it. There was only one player who didn’t know what I was talking about, and I when I told him, he was like, ‘Oh man.’ …

“I was basically just talking to them just to kind of see how they were feeling. And they were brokenhearted. They were disappointed.”

Though Harris, who has been Stillwater High’s baseball coach since the 2013-14 academic year, was prepared for the likelihood of losing the 2020 high school baseball season, it still hit him hard – as it most likely is for spring athletes across Oklahoma this week.

He had a large senior class – nine in total – that was looking to returning to the Class 6A state tournament again this year after reaching the state semifinals in 2019.

“We have some guys that, you know, that have worked really hard, and this is important to them, and unfortunately it’s been taken away,” Harris said. “It is difficult. … We were going to be really good. We were preseason ranked fourth overall in Oklahoma, and we showed that we could we beat Broken Arrow pretty handily (winning the season opener 9-0).”

For many in the graduating class, this was going to be their final year playing baseball.

Harris said Braedyn Sommer and Isaac Stebens were the only seniors on the squad who were intending on playing college baseball – Sommer going to play Division I at Central Arkansas, and Stebens going to Cowley College, which advanced to the NJCAA Division I Baseball World Series last year.

But it wasn’t just that his large group of seniors won’t get to play their final year of baseball that has hit Harris.

It’s the notion that his junior class won’t get the chance to catch the eye of potential college recruiters, or possibly stunting of the growth of his sophomores who have dreams to one day play college baseball.

“Junior season is a big year to get looked at, you know, if you're trying to chase offers, and we have several guys in our junior class who are actually really, really talented,” Harris said. “The sophomore group … this was a big year for them, it’s an experience year. Get that first year of varsity out of the way and then go get after it, and they didn’t really get that opportunity.”

Harris did take some solace in the little time his baseball team got to play together this spring.

With Oklahoma allowing exhibitions prior to the start of the season, the Pioneers had played in 10 exhibitions in February and seven regular season games – with the final coming the evening when all college conference basketball tournaments had been canceled, and the eve of the NCAA canceling all remaining national championships.

“I was looking at some of the schedules today and there's a couple of 6A teams that only played one or two games,” Harris said. “We did get to play more games than some of those guys. Kansas, just right above us, didn't get to play any. …

“So we got a lot more than a lot of them did. So if you want to look at the positive side of that, that's something to be positive. And we finished on a win – we beat Jenks. It's always a good thing when you're beating some of the powers in our state.”

While the team typically hosts a banquet at the end of the season where they give out awards based on performance on the diamond, Harris is hopeful that whenever there is even the slightest return to normalcy in Oklahoma that the team can get back together to find a way to pay tribute to the senior class who will have played just seven games and ended with a three-game winning streak.

“We do need to do something where we get to give them their moment.”