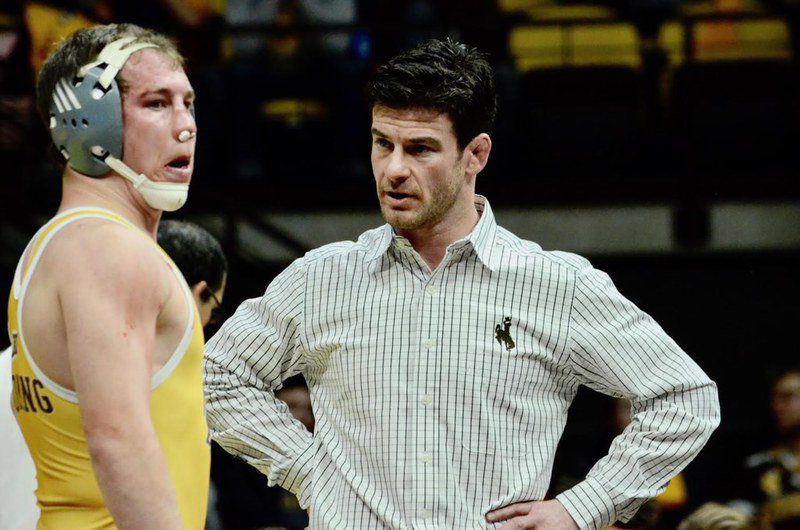 Provided Ethan Kyle, right, was named the next Stillwater High wrestling coach after 11 years as an assistant coach at the University of Wyoming. 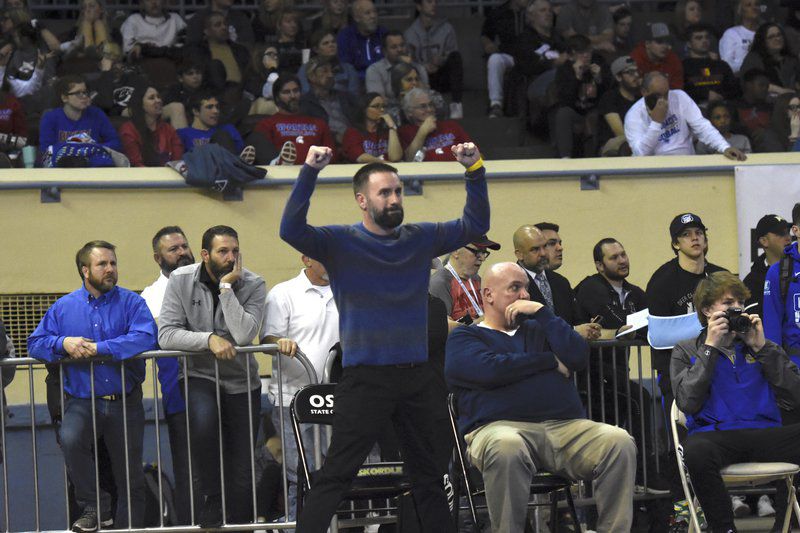 Provided Ethan Kyle, right, was named the next Stillwater High wrestling coach after 11 years as an assistant coach at the University of Wyoming.

The last four-time state champion for Stillwater High really had just one thing in mind on what he wanted in the next head wrestling coach of his alma mater.

Chris Perry, who is now an assistant wrestling coach at Oklahoma State after winning two national championships for the Cowboys, said he wanted a coach who could help elevate the Pioneer program to being a national power shortly after his former high school coach Doug Chesbro announced his retirement in January.

“I’d like to see that team on the map – state titles year in and year out, or at least every year they are in the hunt to win it – and also be able to compete on the national stage.”

The man tasked with making the a possibility will be former Oklahoma State wrestler and University of Wyoming assistant coach Ethan Kyle.

After 11 years as an assistant under Mark Branch – who was a four-time NCAA national finalist and a two-time champion – Kyle will take over a program that has one won state championship in the past 50 years (though it came in 2014). However, it’s still produced individual state champions on the regular with 15 individual crowns won over the past 10 years.

“I don't see a reason that it can't or it shouldn’t (be a national power), especially since there's been a lot of people for a lot of years who have put some serious legwork into the kids program,” Kyle said. “The pieces are in place to … continue that growth, and maybe just inject a little bit more energy to make that jump.

“I'd be crazy not to think that way. I certainly think that way, but at the same time, it's going to be baby steps. I'm going to learn my way since it's a new game.”

Kyle already had a feel for the potential of the program as he has recruited the state of Oklahoma during his time at Wyoming. Montorie Bridges, a two-time All-American for Wyoming, hails from Altus, and Cushing graduate Gage Hockett – who recently won his second state title – is signed to wrestle for Wyoming.

He also comes in with a resume that should attract wrestlers to the room at Stillwater High.

Kyle had a hand in guiding two college wrestlers to national championships in 2016 – Drew Templeman and Bryce Meredith – during his time in Laramie, Wyoming.

“I mean that's one of the things that makes (Stillwater) so attractive because in Stillwater, that's just baked into the zip code, right?” said Kyle, who will be a physical education teacher at the high school. “That kind of excellence and that kind of attitude about striving for excellence is just part of life there. It's just hard to explain if you've not experienced it.”

Though he doesn’t expect to be in Stillwater until early June, Kyle has started the process of learning the team and coaching staff.

Fortunately, he already has an insider in the program.

Stillwater High assistant coach Cody Stites is a former OSU teammate of Kyle, and he has helped the new head man in preparing for what he’s stepping into in Stillwater.

“Cody is a really good buddy of mine, we crossed over for a couple of years on the team together … a good buddy of mine that I've been in contact with since I left,” Kyle said. “Cody is giving me the full backstory (on the team), and it kind of caught me up to speed really well, and has been a huge benefit.”

While Kyle said he and Chesbro did cross paths much during his college years at Oklahoma State, the two have been in communication since the job was offered to Kyle.

“He's reached out and we've established contact, and obviously he’s a super great guy who comes from one of the Mount Rushmore families of wrestling,” Kyle said. “He's been completely dedicated to the Pioneers for a long time, so knowing that his support’s in place is huge just for that between the lines knowledge and transitioning.

“I certainly appreciate it. It's been been nothing but generous thus far, and I really look forward to working with him and picking his brain as much as he’ll let me.”