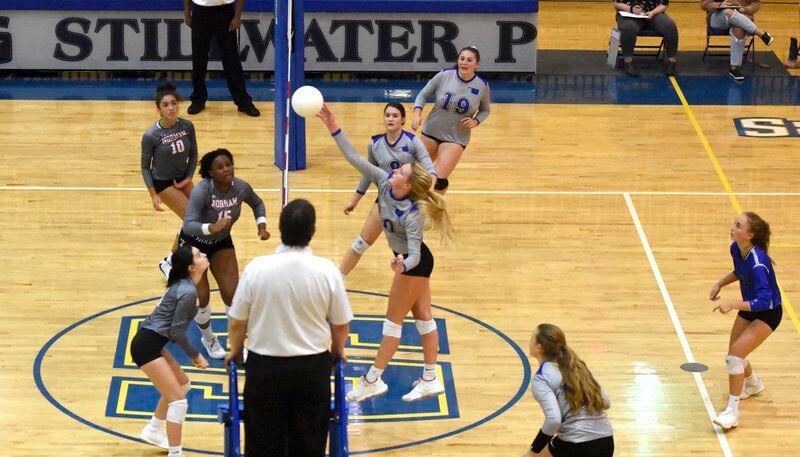 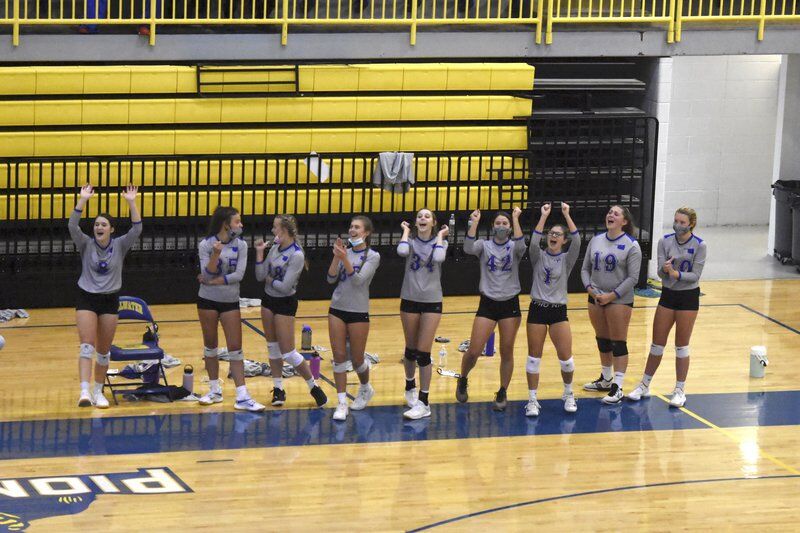 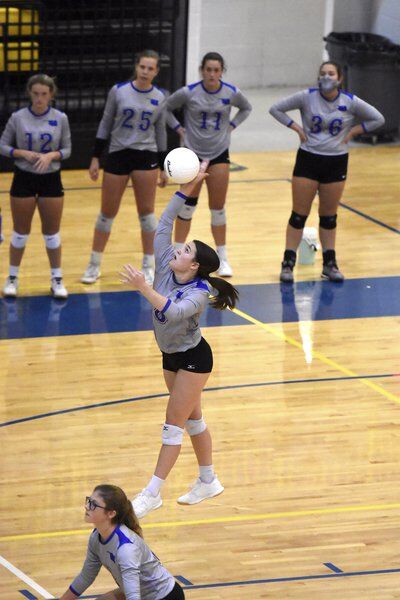 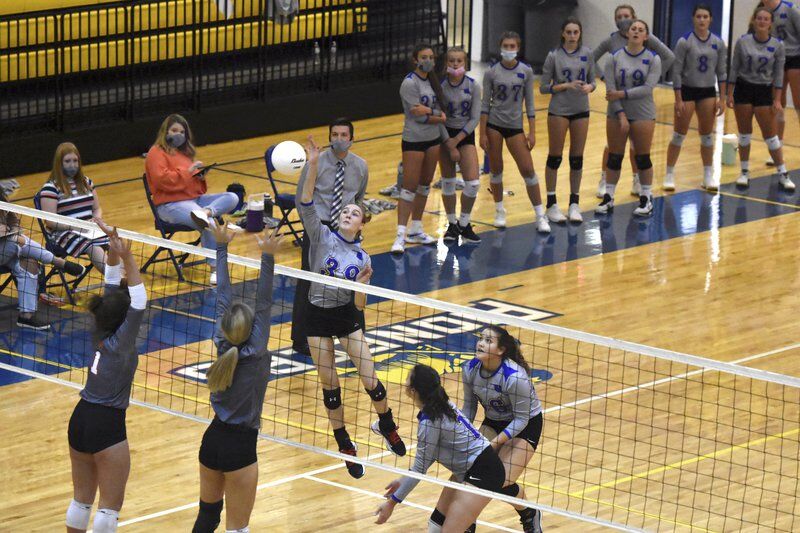 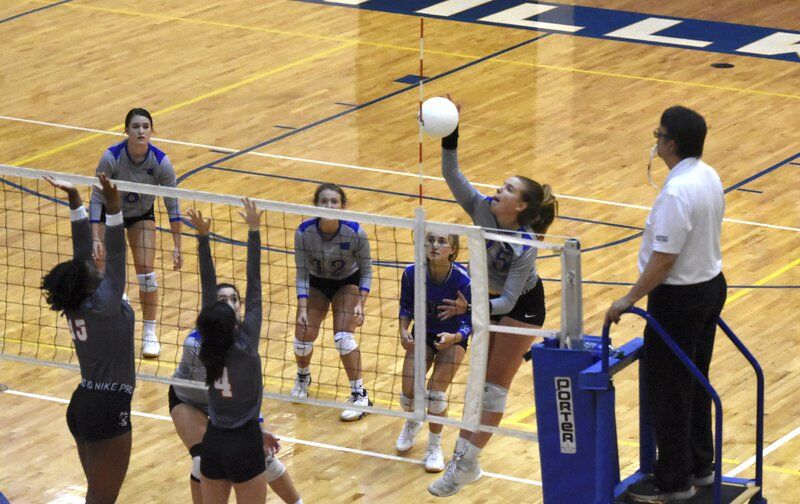 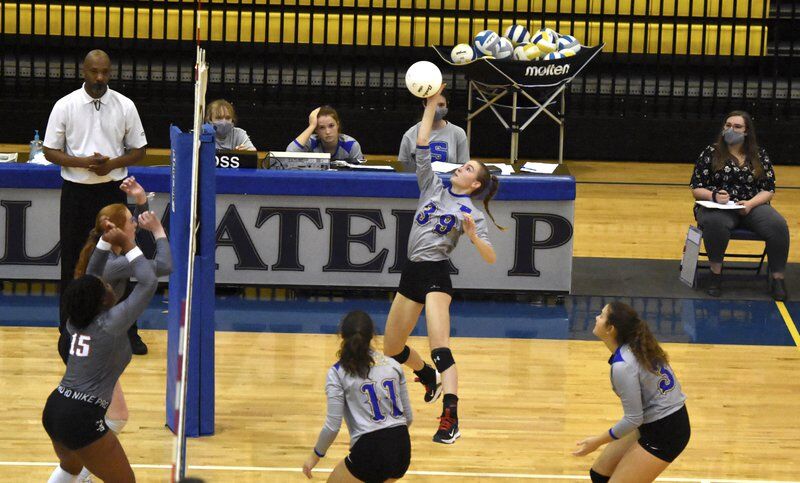 However, momentum couldn’t carry over into the rest of the match.

Norman took the next three sets – even avoiding a monumental collapse in the third set – to extend Stillwater’s losing streak that dates back to the second match of the season. Norman won 3-1, dropping Stillwater to 1-10 on the season, while Norman improved to 4-6.

“We finally figured out our head game in the first set, so that was really refreshing to see,” SHS coach Kyle Liechti said. “They all came out as a team and they all wanted to be there and wanted to win. Now, our struggle is continuing that through a match. I’m still playing with rotations a bit, so that gives them some grace.

“It was refreshing to see the girls play the game and have fun, which is something I haven’t seen a lot of this season. Our skills or our technical things aren’t our problem right now. It’s meshing as a team and things like that.”

Liechti added that he continues to work on rotations a month into the season for several reasons. One big reason is he wants to reward his players for working hard in practice with time during varsity matches, especially with a large senior class that sees a lot of those minutes.

“It’s kind of a combination of everything,” Liechti said. “Part of it is the chemistry with certain people. The other thing for me is I got so many girls working hard that deserve a shot and they’re all kind of on the same playing field. I want to give everyone a chance to step up into that role with different people to give them their shot and see who stands outs.”

On Tuesday night, the Lady Pioneers battled point for point in the first set. They led most of the set and never trailed by more than two points.

Norman did rally from an 18-15 deficit to take a 21-19 lead before Stillwater scored the final six points, taking the set 25-21. Sophomore Bess Glenn recorded two kills during the run, while senior Faith McCutcheon scored one point on a tip. Fellow senior Elise Braggs also served up an ace to help Stillwater take the first set.

The second set was nearly the same until Norman used a couple rallies to take a 24-15 lead. Yet, Stillwater stood strong and wouldn’t surrender the final point.

SHS took advantage of numerous Norman errors and used the momentum to score eight-straight points. However, momentum died when the serve sailed out of bounds, giving Norman the set, 25-23.

Norman used that victory and rolled through the third set. The Lady Tigers easily won it, 25-14.

“We talked about that tonight in the locker room, as well,” Liechti said. “We’re kind of learning how to use momentum – when we have it, to continue and keep it going and when we don’t have it, to break theirs and start our own. It’s something we’re struggling with right now. But it’s also promising to see those rallies that kind of proves to everyone that they have the potential to be a very good team.”

Stillwater flashed that talent, winning the first seven points of the fourth set. Unfortunately, Norman rallied with a 7-0 run to tie the set at 11.

The set was nip and tuck, but Norman maintained a slim margin throughout the final points. In the end, Norman won 25-21, clinching the match.

Stillwater will be back in action Thursday when it travels to Bixby. The Lady Pioneers will keep trying to correct their mistakes in practice and build toward what Liechti believes is a promising future.

“We’ve got a lot of opportunities to fix the things we need to fix this week,” Liechti said. “We’re excited to get those reps in and head into the next month.

“I think it’s more of a determination thing right now rather than confidence. We’ve been working kind of hard in practice on just why do we want to be here and why we play the game of volleyball. I think getting back to that, it’s more or less refreshing to have them notice and see in their head this is a sport that I love, so I might as well try my hardest why I’m here.”