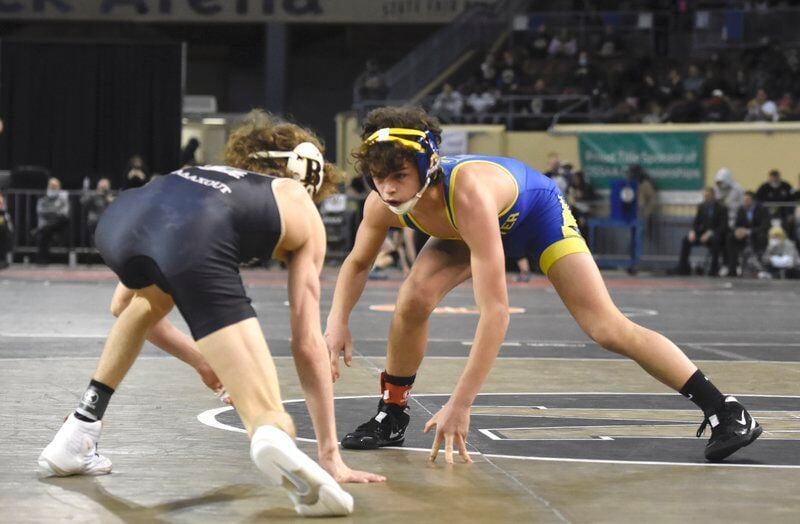 News Press file photo Oklahoma State wrestling coach John Smith recently spoke with the News Press about his second son, Sam, who is a junior at Stillwater High and is starting to be recruited by OSU and other college programs. 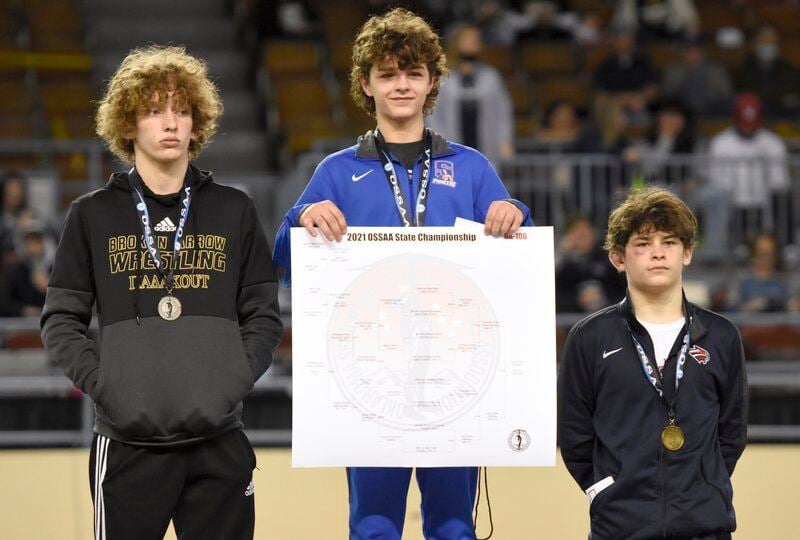 News Press file photo Oklahoma State wrestling coach John Smith recently spoke with the News Press about his second son, Sam, who is a junior at Stillwater High and is starting to be recruited by OSU and other college programs.

For the Oklahoma State wrestling coach, it’s one and the same for the second time this decade as his second son, Sam (the fourth of five children), is on OSU wrestling’s recruiting radar as a junior at Stillwater High.

It isn’t a new process for the wrestling legend.

He recruited his oldest, Joseph, who won three state titles and was a three-time All-American for the Cowboys.

But like parenting, he’s learned valuable lessons from the process with his first child.

“It’s a lot different for me now having one that’s gone through the program in Joseph,” Smith said recently in an interview with the News Press. “You look back, I wish I could have done a few things differently – probably should have – but no regrets. You move through life, and you do better. …

“I think it’s no different than raising kids. My wife and I have had five children, and you don’t raise them all the same. You hope you do better with each one.”

Sam has been a late bloomer, not just on the wrestling mat.

He did not wrestle with the high school program as a ninth grader because he was too small, even for 106 pounds – the smallest weight class in high school wrestling. But even then, he would have had some stiff competition in fellow classmate Cael Hughes – who won the 106-pound state title with the Pioneers as a freshman and is being recruited by OSU after winning his second-straight title (at 120 pounds).

Sam was Stillwater’s starter at 106 pounds last season, taking a 28-4 record into the state tournament after winning the regional title.

He marched through the bracket with a 10-1 major decision, a second-period pin in the semifinals and then clinched the state crown with a 6-0 win in the finals.

“He’s one of those late bloomers – he’s come on late and had some success,” Smith said. “And he’s definitely been fun to watch and kind of grow into winning a little bit and having some success. So it’s been a fun journey watching him.”

With his performance, and that of five other Pioneers winning individual titles, Stillwater won its first state title since 2014 – a team in which his older brother, Joseph, was a part of.

It’s an achievement that their father holds in high regard, considering he was never part of a championship-winning team during his wrestling career – at either Del City High School or Oklahoma State.

“It kind of makes up for not getting to win a title,” Smith said of his sons winning team titles. “… It was awesome watching him win the team title and watching the moment. And of course getting to see it with Joseph. Those are neat experiences just for everyone. It makes up for wishing what I could have had when I was younger.”

One of the most difficult aspects for Smith is balancing being a supportive father while also assessing as a college coach.

And while he believes at this point in Sam’s wrestling career he is “probably not where he needs to be coming to Oklahoma State” as a potential starter with how competitive their recruiting classes are, he’s hopeful to see his son continue to blossom on the mat. And if Sam doesn’t get to a point where he becomes a starter for Oklahoma State, he hopes that his son can recognize that there are other important roles within the Cowboy wrestling room.

“That should be a challenge if he decides this is where he wants to be,” Smith said. “But I think as you’ve gone through a lot of years of coaching you also recognize that some of our student-athletes in our program have played a different role sometimes and that’s not always as a starter.

“But man, those have been some of my most rewarding kids, our student-athletes who really have had a lot of success following college athletics.”

He wants his son to be open to the recruiting process.

“I’m a lot more laid back and encouraged him to, if he wants to go out, take some visits to go ahead and take them,” Smith said.

However, if Sam does take official visits to other campuses, it will be just his mother who accompanies him due to Smith’s rigors of recruiting for the Cowboy program.

Sam’s first official visit, though, was to Oklahoma State in early September when the program hosted a large contingency of Oklahoma high school wrestlers.

And having Sam as part of the recruiting weekend created a different routine around the Smith home.

“It was kind of odd to me, because normally, every Friday I’d wake him up early to go out and mow the lawn, because we’re always gonna have recruits over,” Smith said. “And I didn’t make him mow the lawn that day, because he was one of our recruits – because we have student athletes that come over and have dinner at the house. So I felt like I should do it.”