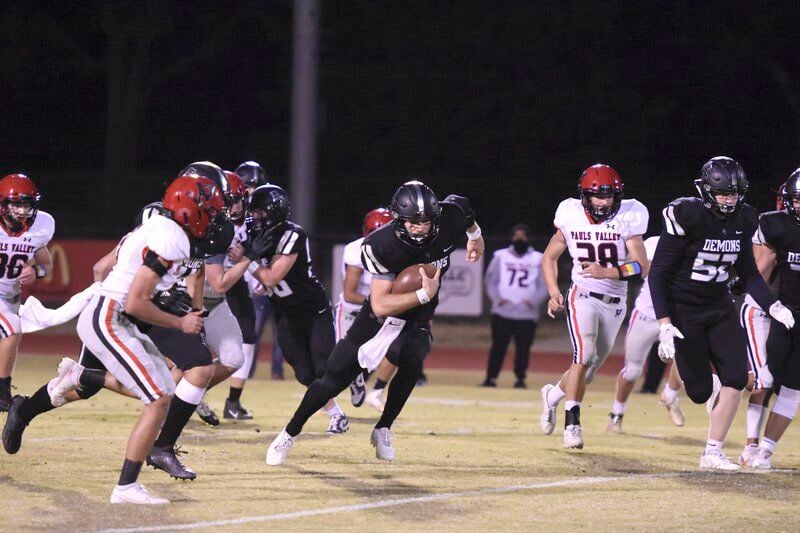 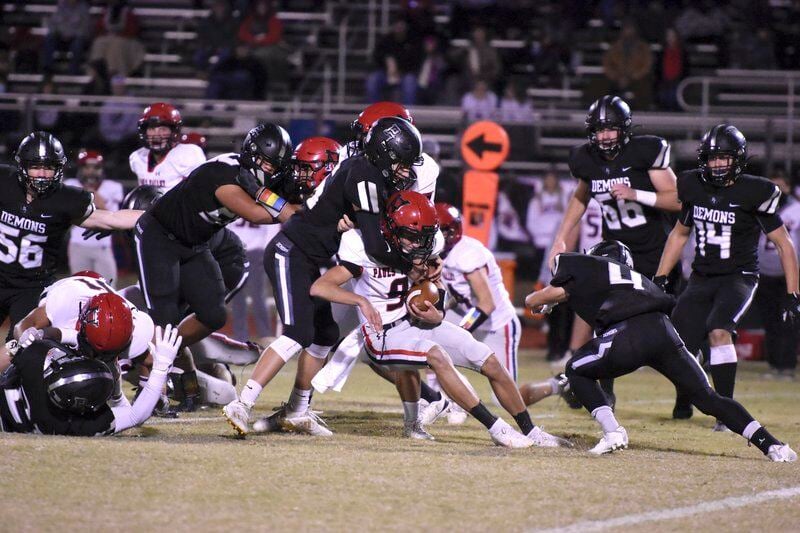 Bruce Williams’ voice seemed toned down, almost somber Sunday night talking about what should have been a joyous occasion.

The seventh-year Perkins-Tryon High football coach had just learned his team would be able to continue playing its season in the Class 3A playoffs. He talked softly, but his message was simple.

“We are going to get to play Friday night,” Williams said.

Williams was still trying to process what had transpired during the previous 72 hours or less.

He was told his team’s season was done – win or lose – Friday night because of a high number of COVID-19 cases in Payne County, not at the high school.

Fast forward to Sunday night, Perkins-Tryon Public Schools sent out a release regarding its classes and extracurricular activities moving forward as it deals with COVID-19 cases spiking across the state and the country.

“I didn’t read the full press release,” Williams said. “I just read enough to know we get to play Friday night.”

The release said the current number of COVID cases in the county and community no longer make it safe for students and teachers to continue face-to-face instruction. As a result, the district will shift to distance learning until the COVID alert declines from Red to Orange Level 1.

It also read, “Furthermore, our deep dive into current data leads us to believe the risk of spreading the COVID virus through extracurricular activities is not as high as previously thought.”

Thus, the district will allow the continuation of activities until new data suggests it is no longer safe. That means the Demons will be playing Friday at Kingston in the second round of the 3A playoffs.

“We had a meeting at 8 o’clock (Sunday) to inform the guys that our superintendent and school board kind of reassessed the policies and felt like it was OK for us to continue in the playoffs,” Williams said. “They adjusted the policy to allow us to play.”

As far as the players’ reactions, they were much like their coach’s.

“It was subdued, to be honest with you,” Williams said. “They are excited to play, for sure, but like the rest of us, they haven’t really had time to process what it means. We challenged them to take a few days to process and get yourself back up to get ready to play Friday with the same intensity we had last week.”

The Demons hosted Pauls Valley on Friday for their playoff opener. They dominated the contest, winning 56-7. There were lots of hugs and tears after the game, which usually happens on the losing sideline. As far at the Demons knew, it was their final game.

Mages also completed 6 of 7 passes for 259 yards and three touchdowns. His main target was senior Teegan Shepard, who caught four passes for 183 yards. Mages’ final touchdown pass of the contest was a 48-yard strike to junior Gannon McCutcheon on a hail mary throw at the end of the first half. It was also his final throw of the game.

He thought it was the final throw of his prep football career, despite his team doing what it needed to do to advance – win the game.

That changed Sunday night after parents and fans attempted to get the district to change its stance and let the team keep playing. It worked.

“I really was surprised,” Williams said. “I was thankful, but yeah, I was surprised. I didn’t really know it was being revisited until early (Sunday). I had heard some rumors they were looking into the policy, but nothing was confirmed until (Sunday) evening.”