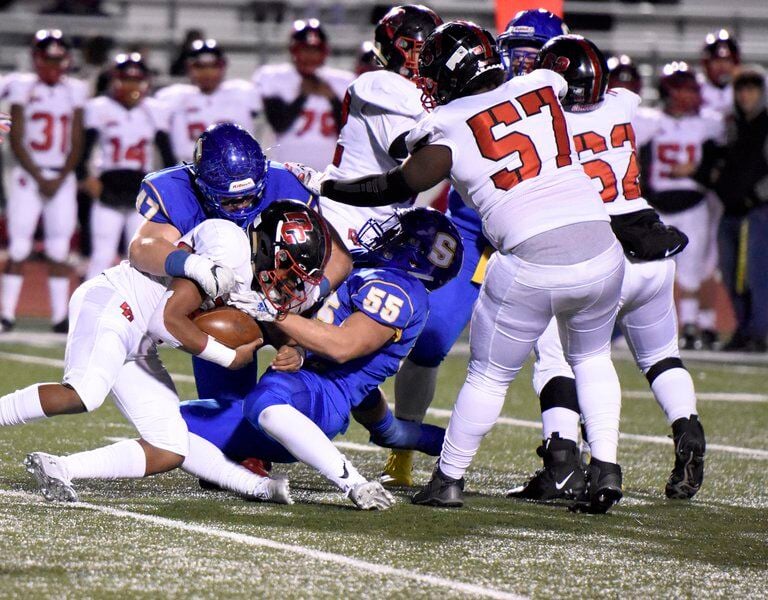 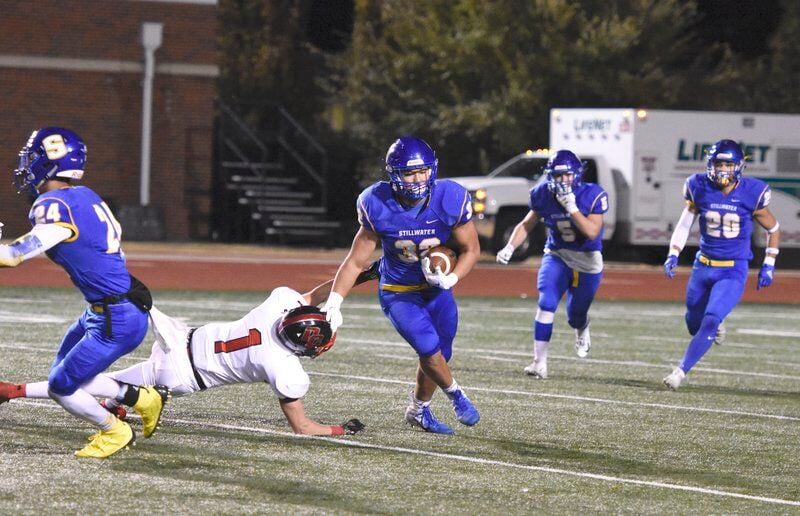 Throw out the records for this next game.

Arguably every coach has said records don’t matter for their upcoming contest. Regardless of both team’s records, coaches believe any team can win any game.

“I’ll be 100 percent honest with you, we haven’t one bit considered anything to do with them being 0-2,” Barnard said. “They’re a good football team and we’re going to have our hands full. I keep telling everybody it’s like a hard-hat lunch pail day – we’re going to have to go to work.”

His Pioneers are 3-0 after having one game canceled before beating Deer Creek to begin Class 6A-II District 1 action.

On the flip side, Del City is 0-2 and hasn’t played a game in three weeks. The Eagles’ past two games were canceled because of the COVID-19 pandemic. They were forced to cancel their Week 3 game against 5A powerhouse Bishop McGuinness. Last week, Northwest Classen canceled the district opener against Del City.

The Eagles fell, 15-13, to Booker T. Washington to begin the season. Although they gave up a costly safety early in the game, the Eagles lost after a game-tying two-point conversion failed during the final minute of the game.

In Week 2, Del City hung tough with the four-time reigning 5A state champ Carl Albert, but lost 21-14. Del City threw three incompletions late in the game when attempting to tie the game.

Since moving up to 6A-II in 2018, Del City has lost three and four games, respectively, in the past two seasons. Barnard believes the Eagles are much better than an 0-2 team, and Friday’s game could decide the district title as it has during the past two years.

“They have athletes everywhere,” Barnard said. “This Del City team – knock on wood, because this may make me look like an idiot – doesn’t throw it as well as they have the last couple of years. The quarterback played tailback last year and can hurt you. … I think athletically and schematically, they’re as good as they’ve ever been.

“Their front seven is really good and has been for a couple of years. They have some DBs who can really run and they’re physical football players. I think if we can protect, I think we can throw the ball, but we’re going to have to work hard to block these guys up.”

Through three games, Stillwater has been led offensively by senior running back Qwontrel Walker. He has carried the ball 67 times for 719 yards and 12 touchdowns.

Walker has moved up the state’s all-time career rushing list to No. 12 after three games this year. His career total of 6,435 yards is just shy of former Poteau star Roger Barcheers, and he’s 152 yards shy of the No. 9 spot claimed by Wagoner’s Lawrence Evitt.

“Other people talk about that stuff way more than he does,” Barnard said. “I don’t want this to sound wrong, but I don’t know that he cares about that necessarily. I want to finish that statement by saying all he has ever talked about is he wants to win a championship. That goes back to his freshman year. He wants a ring and he wants to be state champions. He has never been the guy that worries about how many carries he has. He has never once made a comment about us taking him out in the second half when we’re way ahead. He’s been a great team guy.”

In the passing game, senior quarterback Caleb Allen has completed 64.2% (52 of 81) of his passes for 838 yards, eight touchdowns and one interception. He has completed at least seven passes to four different receivers.

Senior Steven Brown leads the Pioneers with 18 receptions for 321 yards and three touchdowns, while fellow senior Donnell Wagner has caught 12 passes for 162 yards.

Additionally, senior A.J. Frost and freshman Holden Thompson each have seven receptions for 67 and 60 yards, respectively.

Spreading the ball around to various receivers is a bit new to the Pioneers this year. Last year, only Brown and former Pioneer Anthony Bland had more than four receptions through three games.

“Caleb is a little more by the book than maybe Gunnar was,” Barnard said. “What I mean is he throws it where it’s supposed to go. That’s not a knock on either guy. Gunnar would throw it to Anthony or Steven and it didn’t matter what the defense did. Caleb is spreading the ball all over the place and I think that helps us, especially late in the season, assuming we have a late in the season. The experience of having passes thrown to several guys will help us, because they are becoming accustomed to being a target and could have the ball thrown to them on any play.”

Practices leading up to Friday’s game have been a little more difficult this week. The Pioneers began classes in person again this week after weeks of virtual learning.

The Pioneers and Eagles will kick off at 7 p.m. Friday.