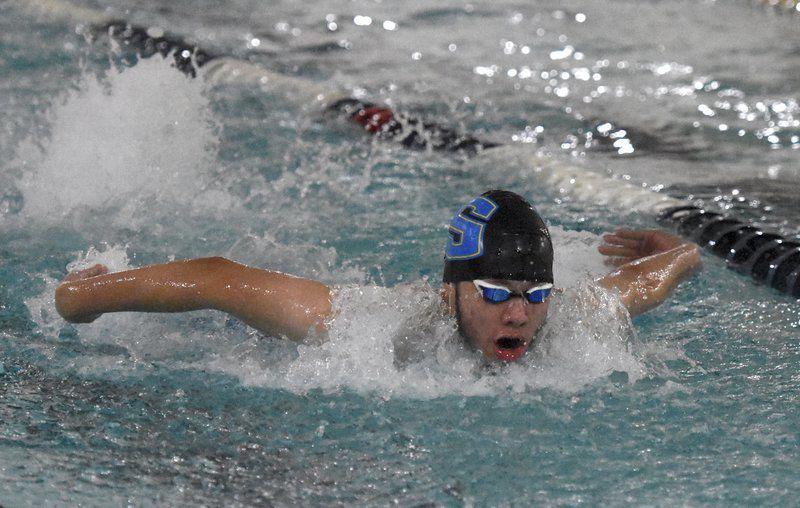 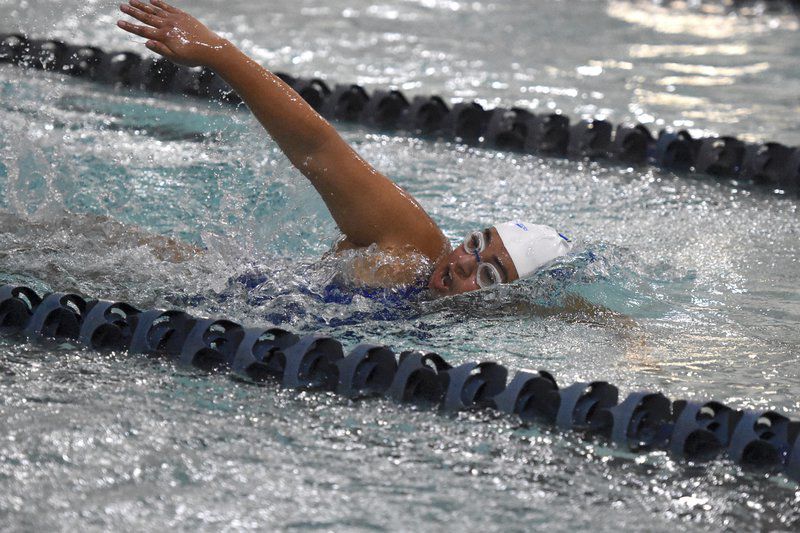 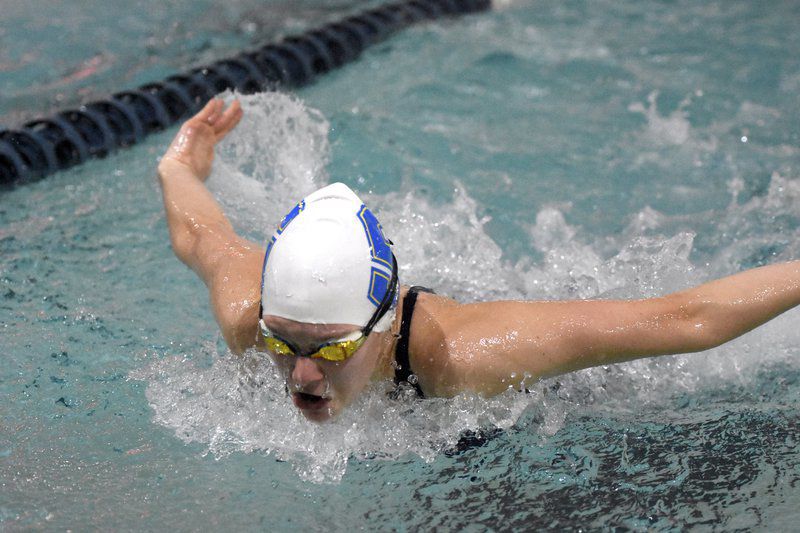 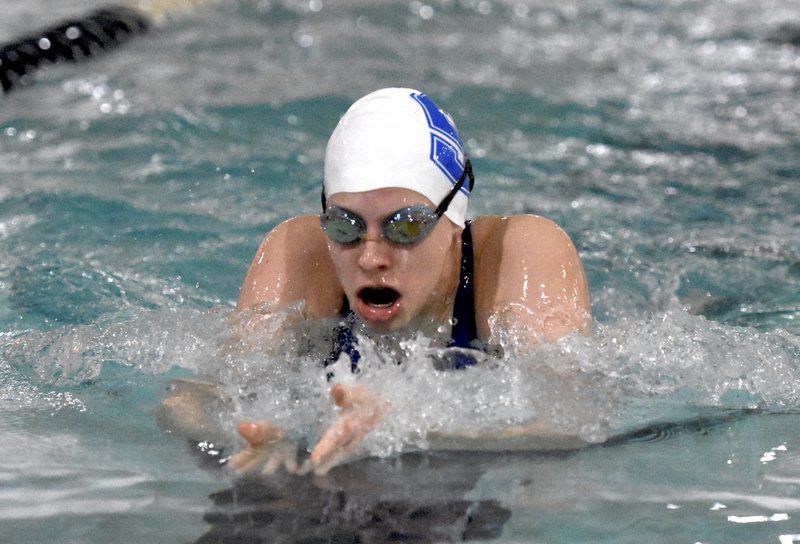 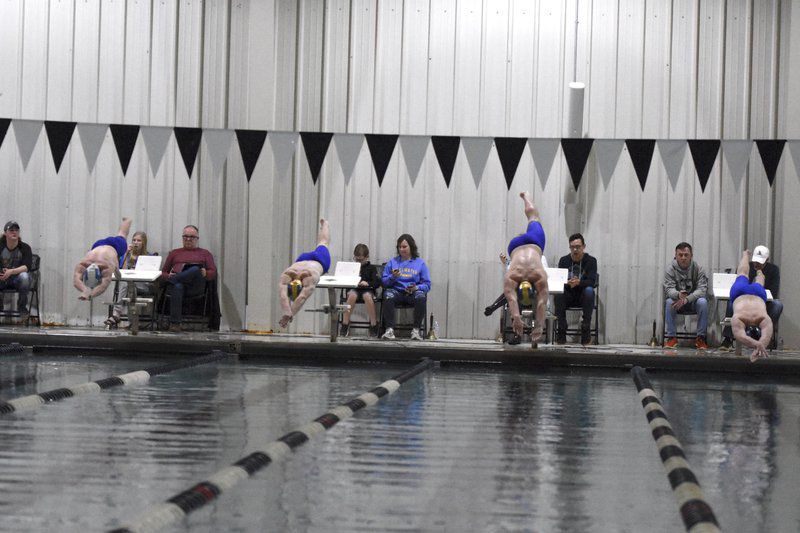 A year ago, Brycen McConnell walked into a job coaching a team which was loaded in talent, something most first-year coaches aren’t accustomed to doing.

The young Stillwater High swimming coach replaced a legend in Kurt Goebel, who coached and taught at SHS for three decades.

McConnell wasn’t taking over a program in shambles. In fact, it was quite the opposite.

He inherited a girls’ team that lost arguably its most talented senior class in program history, but returned young talent. McConnell also took over a boys’ program with an incoming senior class that had produced state medalists for three years.

Most of that top-tier talent is gone during McConnell’s second year at the helm. Those seniors have graduated. The best returning girls’ swimmer was going to be Marcia Shaw, but she moved to the southeast part of the country.

“One of her parents got a job opportunity in Florida, so they ended up moving,” McConnell said. “I think they live in Georgia right on the border with Florida and she’s on the swim team down there. I was pretty sad to see her go, but she’s doing really well in her high school, of course. She set a couple records here before she left. That hurt seeing her leave.”

Despite Shaw’s departure, McConnell still feels good about where his teams are at on month into the season and just before Christmas break. Stillwater began competing last month when football was still king at the high school.

One month later, SHS hosted the Moore schools at the Stillwater YMCA on Thursday night for its final meet of the month.

This year’s teams are filled with many new swimmers. McConnell said he recruited athletes from the SHS cross country and track teams to help fill the void left from last year’s senior class.

“Numbers help to a certain extent,” McConnell said. “What really helps in swimming, espeically, is quality and diverse quality. So, ideally, you could have only 22 swimmers but if each of them is the fastest in the event they swim, you could win the whole meet. What’s really been important is for each of these athletes to find their niche – find what they’re good at. So, numbers are good but quality of athletes is also super important.”

The Lady Pioneers’ leading returner from last year’s state meet is junior Jaidyn Hooper. She finished eighth in the 200-yard freestyle and fifth in the 100-yard butterfly.

“Iris is our girls’ team captain this year,” McConnell said. “She’s really shown up and been here every single day. Jaidyn has really shown up, too. She had an injury earlier this year that she had to get over that I think she injured during track and field, so she didn’t swim from about August to October. She jumped in and she’s about where she was before she ended up getting injured. Watching them step up and do their job has been fun.

“Britton (Nichols) and Taylor (Kirkpatrick) have also done a really good job of stepping up and being role models on the team,” McConnell said. “They’re in the water all the time – every morning and every afternoon.”

Meanwhile, the SHS boys’ team is led by Gavin Sires and Jacob Christian, both of whom placed at last year’s state meet. Sires placed runner-up in the 100-yard backstroke and seventh in the 50-yard freestyle

Christian finished 14th in the 200-yard IM and 15th in the 100-yard butterfly for the Pioneers.

“We lost the Clarks and a couple other seniors, but this year they’re showing up really well,” McConnell said. “They’re already scoring higher than they did last year. We’ve got a good number of boys who are going to do well this. Gavin will do well this year, as well as Daniel (Tikalsky). Cameron (Jenkins) is back. He took a year off last year, and he’s back swimming. Jacob Christian’s little brother, Ryan, has really shown up in 100 breaststroke.”

During the next month, both teams will spend a lot of time in the pool preparing for the Feb. 7-8 regional meet.

“Every year, December and January are like crunch time months,” McConnell said. “They should have been putting in the work up to this point, but now there are no excuses for not being conditioned or not having the cardiovascular ability. You should be where you were before you took the break last year after high school state. December and January is where we really start hitting the pool hard. We swim longer, we swim faster and really work on hitting that last bit of muscle before going into championship season. Then, it all slows down to a crawl the two weeks before regionals and state. So, this is their crunch time.

“In past years, we’ve had a meet about once a week. This year, I kind of pulled back a bit because we ended up having a hard time training and doing meets. It was too much back and forth, so we cut back a little bit this year to give them more time to train.”