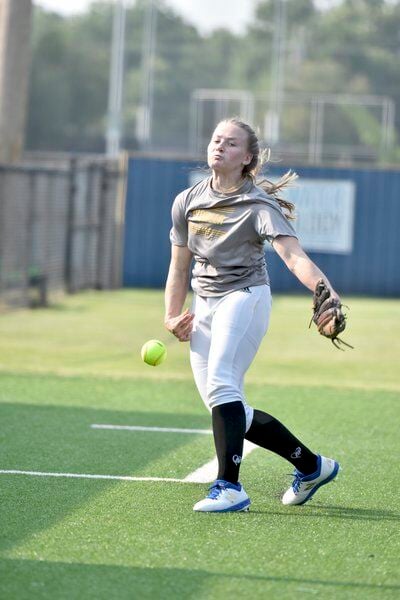 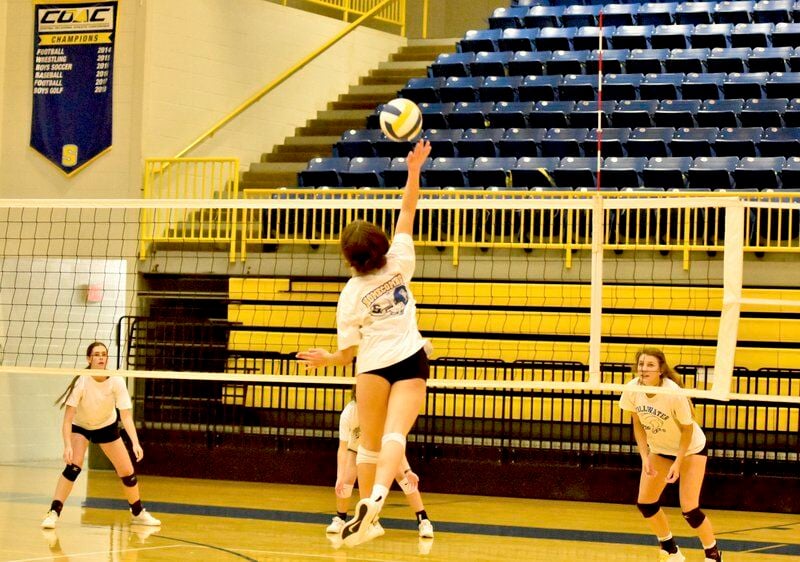 With the start of the 2021 season just a couple of weeks away, the Stillwater High softball and volleyball teams are hard at work practicing.

Both teams are busy working on the fundamentals and the basics, but both are also dealing with players missing from practice. Some softball players are gone because they’re finishing up their summer travel ball team schedule, while players from both teams had prior engagements or plans that have kept them away from practice.

Yet, both SHS coaches aren’t fazed by it. They know their first contests are sneaking up on them quickly, so they’ll keep working their players who are there each day.

“We’re working around a few conflicts, but we’ve had most of them here every day,” SHS volleyball coach Kyle Liechti said. “Club season pretty much ended the first week of July, so it’s all for other stuff now.”

Lady Pioneer softball coach Karie Linsenmeyer has dealt with a few more missing players, but it’s something she deals with every year. It’s one reason she didn’t start practice until Monday – four days after teams were allowed to begin fall practices.

“It’s just every day somebody is gone,” Linsenmeyer said. “There are lots of different things going on.”

She hopes to have her full team by the beginning of next month. The Lady Pioneers will begin playing scrimmages that week, with actual games starting the following week.

“We may have everybody the first week of August,” Linsenmeyer said. “When we start scrimmaging, that’s probably when we’ll have everybody. It’s just what it is. It’s not worth getting upset over, frustrated or worried about. Those kids will plug in where they can. We’ll get it together eventually. That’s one thing about it, we’ll have plenty of practice time.”

“I don’t want to take that opportunity away from them,” Linsenmeyer said of her players’ activities that cause them to miss early season practices. “It’s only going to benefit us if they’re playing high-level softball. You can’t really compete with the experience they’re gaining by doing that.”

The SHS softball team has endured a solid week of practice to begin its season. Linsenmeyer said her goal for practice is to be quick and have a good pace, and thus far, she’s been pleased with how her players have handled that on the field.

One reason the Lady Pioneers have been able to do that is because of their experience roster. Seniors Sidney McLaughlin, Makenzi Swick and Kendyl Prichard have been playing varsity softball for three years, and now it’s their turn to lead the squad.

They’ve done that during the opening week, and it’s pleased their coach.

“I think that’s made it a lot easier to get through practice, because we’ve got a lot of experience,” Linsenmeyer said. “They do know what to expect. The first couple of days were more drill oriented, so it’s hard to have good pace, but they did a good job with it.”

Like most teams, the first couple weeks of practice are all about the fundamentals for the Lady Pioneers. They will keep working on that throughout the season, but it’s emphasized early in the season.

“We’re just trying to get through some of the basic stuff,” Linsenmeyer said. “We’re working through team stuff the best we can. We’re trying to do team stuff and add team stuff, but if anything, it gets the young kids’ attention.”

The same can be said about the SHS volleyball team. Liechti has been happy with his team’s effort during the opening days of practice. He knows it’s been grueling, but his players have handled it well.

“We’ve had two-a-days for about a week and then we’ll get going with a normal schedule,” Liechti said. “Practice has gone pretty good. We’ve tried to break them in a little easy, and we’re just focused on the fundamentals in the morning and more so on the gameplay in the afternoon.”

The Lady Pioneers volleyball team has 24 players who are sophomores, juniors or seniors, with 13 freshman this year. Liechti has a fairly balanced team as far as players per grade level, but it’s a squad that lacks a lot of varsity experience.

Despite the lack of playing time on the varsity level, the Lady Pioneers have been trying to find their spot on the team and where they can provide the most support.

“In the first part of the season, they’re still trying to find their way around their role on the team and how they want to lead, set an example and how to be a leader on the court, especially the upperclassmen. So, we’re still kind of figuring that out as we go, but they’re starting to settle into their roles a little more on the team.”

Liechti said his players are a bit tired after the two-a-day practices. He also said they are ready to get into more match scenarios and focus on upcoming matches.

Both SHS teams will play their first games Aug. 10, and both will open the season at home. The volleyball team will host Ponca City at Pioneer Fieldhouse, while softball will play Jenks at Couch Park.

“Sometimes it comes quick, but sometimes we’re itching to play by that time,” Liechti said of the first match.

“About three weeks of practice is all we have before our first game, but I think we’re getting there.”