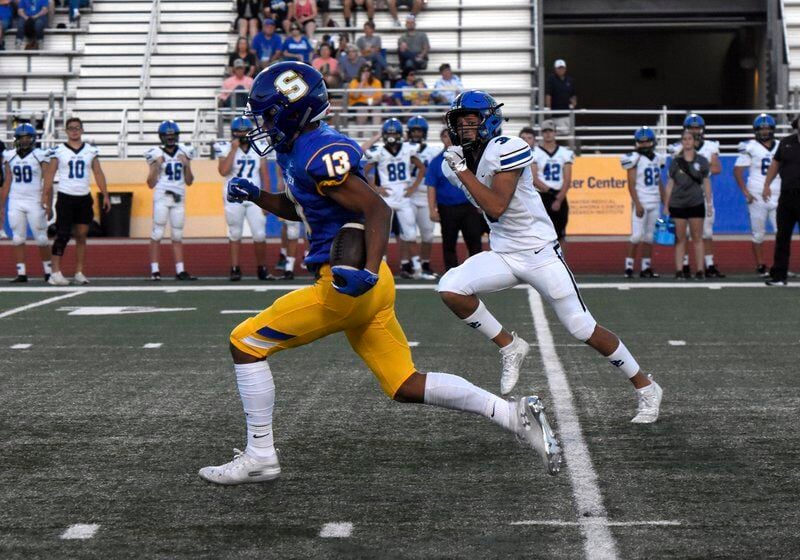 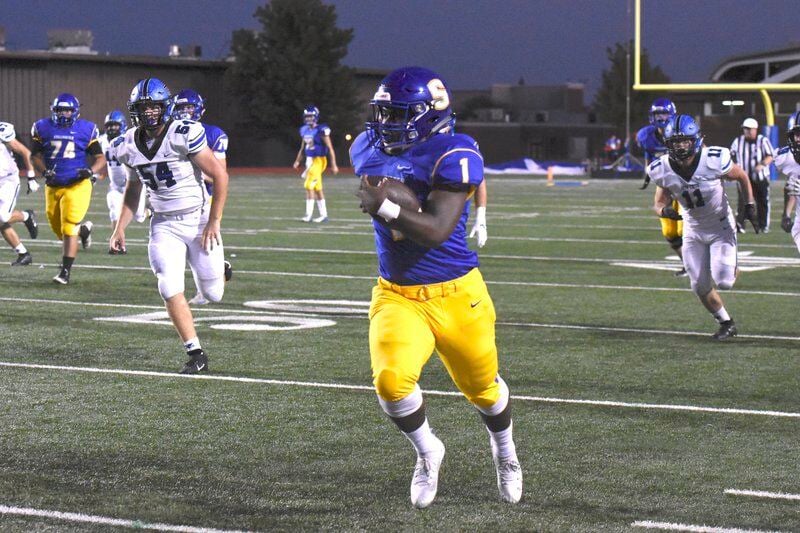 On Friday night, the Stillwater High football team will play its first truly meaningful game that has postseason implications.

The Pioneers (2-0) won both of their nondistrict games by an average of 27 points per contest over two Class 6A-I opponents. They beat Edmond Santa Fe 45-32 and Mustang 62-21.

Now, they are set to begin a slate of seven 6A-II contests. The first will be at 7 p.m. Friday against Deer Creek at Pioneer Stadium.

“I think we got just what we needed out of those first two games,” SHS football coach Tucker Barnard said. “They were quality 6A-I opponents that taught us a little bit about us and things we need to work on. We were fortunate to get out of there with two wins. Now, it’s time to go to work. We wish we could have had the Bixby game, but that’s in the rearview mirror now. We’re just trying to win district play.”

Deer Creek (2-1) began the season with a close win, 30-24, over Southmoore. The Antlers struggled in a lopsided loss, 62-20, to Yukon before bouncing back last week with a 24-23 overtime victory over Edmond North.

On the ground, Michael Holley has rushed the ball 29 times for 166 yards and one touchdown. No other Deer Creek player has rushed for more than 100 yards.

“They had a really good game with Edmond North this past week,” Barnard said. “They’re throwing the ball down field a lot. We’ve seen different Deer Creek offenses over the years. They’ve had almost the air raid. They’ve had a year or two where it was a heavy run game.

“Now, it’s about a 50-50 run/pass, but really trying to work the ball deeper down the field. I don’t necessarily mean throwing it up for deep balls, but a true intermediate passes where you’re throwing balls at 10, 12 or 15 yards down the field. That will be an interesting challenge for us.”

Stillwater’s offense has been led by senior running back Qwontrel Walker, who surpassed 6,000 career yards two weeks ago. Walker is the all-time leading 6A rusher and ranks No. 14 on the all-time state list, just ahead of former Wynnewood tailback James Allen, who played five years in the NFL.

Through two games, Walker has ran for 503 yards and nine touchdowns on 53 carries.

While Walker’s production has been about what SHS coaches expected, they’ve tried to keep improving since crushing Mustang two weeks ago. Their practices have been focused on self improvement more than on their opponent.

“We just tried to work on the things that we do,” Barnard said. “We’ve kind of got to a place where, for the most part, we have a combination of things we do offensively and defensively, and when we do them better than the people we play, then we win. There have been a few times we haven’t done it well enough to win.

“I think over the years, we’ve kind of figured out that if you can perform the plays you run and the fundamentals you teach at a really high level, then you’ve got a really good chance to win. We’re just trying to do that over and over again.”

Less than a week ago, Stillwater was set to play its most-anticiated game of the regular season. Two-time defending 6A-II state champ Bixby, which beat Stillwater in the past two state title games, was slated to come to town before a high number of COVID-19 cases caused the Stillwater administration to cancel the game.

Losing that game hurt, but according to Barnard, his players have moved on and refocused for this week’s contest. With the remainder of the future uncertain during this global pandemic, he said his players are anxious to get back on the field Friday night.

“I think their spirits are up a little right now,” Barnard said. “Maybe this is just me, but I don’t know, but it feels like it’s everybody, but you still just have one eye looking the other way thinking what’s going to happen. It’s just a weird situation.

“We always know somebody could get injured or sick, but when you think someone could get sick and it would cost five or six or 10 or 20 guys to not be able to play, that’s a whole new deal that we’ve never encountered mentally. We’re all trying to work through that.”

Stillwater has won the past three matchups with Deer Creek, and won them by an average of 26.33 points per game. Before the SHS program turned the perverbial corner in 2017, Deer Creek had bested Stillwater in back-to-back years to open the season as a nondistrict foe.

Since becoming district opponents in 2017, Stillwater has owned the series. The Pioneers won a 32-5 record during the past three seasons.