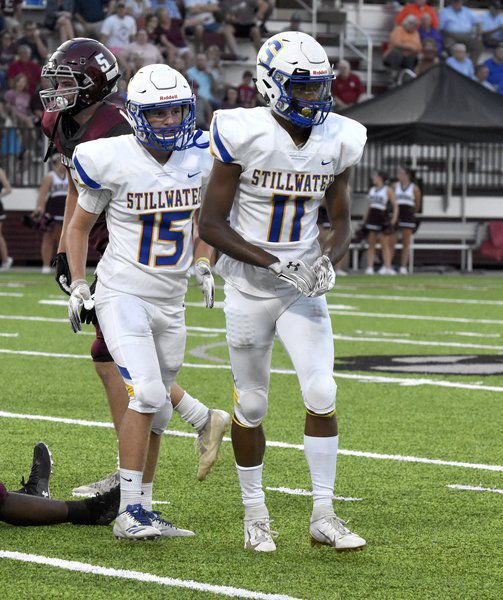 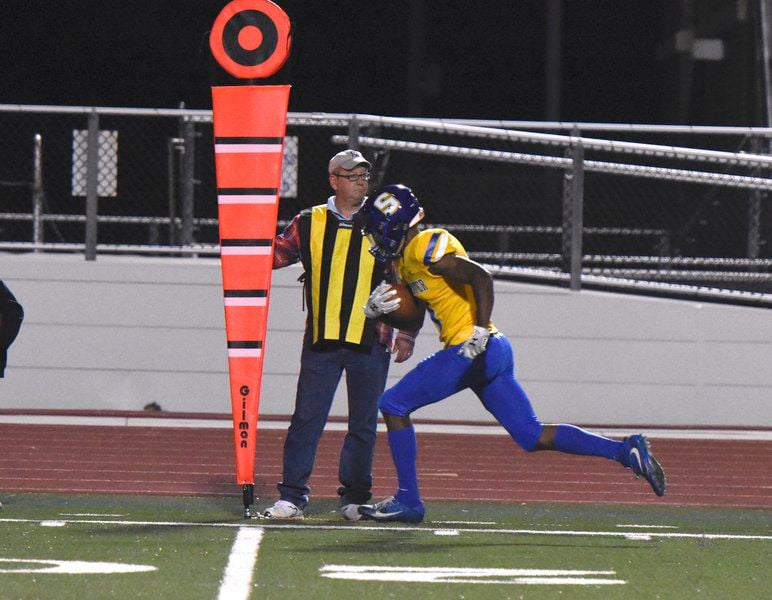 Stillwater High junior Tevin Williams made his decision Wednesday on where he will be playing Division I football.

The three-star cornerback, who was ranked No. 468 in his class by the 247Sports Composite ranking, announced via Twitter that he was committing to Baylor.

“With all that being said, I’m pleased to announce that I will be committing to Baylor!”

Since dropping the news at noon Wednesday, Williams said his social media has been busy.

“It’s been a bit hectic,” Williams said. “But, it’s a very exciting day for me.”

SHS football coach Tucker Barnard was happy for Williams, who will become the fourth member of the 2019 secondary to play college football. Seniors Kobe Holley and Garrick Martin are going to Emporia State while senior Cedrik Frazier will be going to Oklahoma Baptist.

“First of all, I’ll just say he’s a great kid,” Barnard said. “He’s a high performer on the field, but he’s a high performer off the field, too. He’s a great student. He’s a really respectful kid, hard worker. He’s just a great kid, and it’s great to see him have all of these opportunities. He’s really excited about this one, so we’re happy for him.”

According to 247Sports, Williams also held offers from Texas Tech, Air Force, Arkansas State, New Mexico and SMU, just to name a few. He did not hold an offer from his in-town program Oklahoma State.

Yet, for Williams, his mind was already made up earlier in the week.

“I told my parents that I wanted to commit to Baylor on Monday,” Williams said. “My dad already had a top five made, so I dropped it Tuesday. But, I already knew I was going to announce my commitment on Wednesday.

“Ever since Baylor started recruiting me, I knew that I wanted to be a part of their program. I just felt it was better to do it sooner rather than later.”

Williams visited the Waco, Texas, campus on a game day last fall when the Bears hosted the University of Texas-San Antonio.

The Bears have remained in contact with Williams, even during this strange time of no in-person interactions because of the coronavirus pandemic. That helped strengthen his decision to commit early.

“I’ve been talking to them a lot through texts and FaceTime,” Williams said. “It’s been really nice, because they’ve been the only team that’s been that hands-on in recruitment.”

Williams is a two-year starter at cornerback in Stillwater’s back-to-back runs to the Class 6A-II state title game the past two years. He combined for 69 tackles and three interceptions the past two seasons.

He also sparingly played wide receiver for the Pioneers late in the season. He caught one pass for 10 yards and a touchdown.

Although his defensive numbers weren’t as high as some of his other teammates, Williams said a lot of that is due to the other players on the field and the team’s defensive scheme.

His coach agreed, adding that it shows what type of teammate Williams is when he cares more about winning than inflating his own stats.

“That’s the first thing – you see his speed and his range and it makes you want to attack some place different,” Barnard said. “Quite honestly, we didn’t give up a whole lot of numbers overall. I don’t necessarily think teams were picking on someone else, but they just didn’t have a whole lot of success throwing the football at all, which is a testament to all of those guys back there. When you think about things from an offensive perspective, throwing where Tevin is isn’t the place you’re going to target to have success.”

Although there is no spring football this year, Barnard can’t wait to have Williams back on the field this fall for his final season as a Pioneer.

“Absolutely,” Barnard said. “We’re losing some good ones back there in Cedrik (Frazier), Kobe (Holley) and Garrick (Martin). All three of those guys are going to play college football. It’s good to have Tevin back and he’s going to have a great year.”