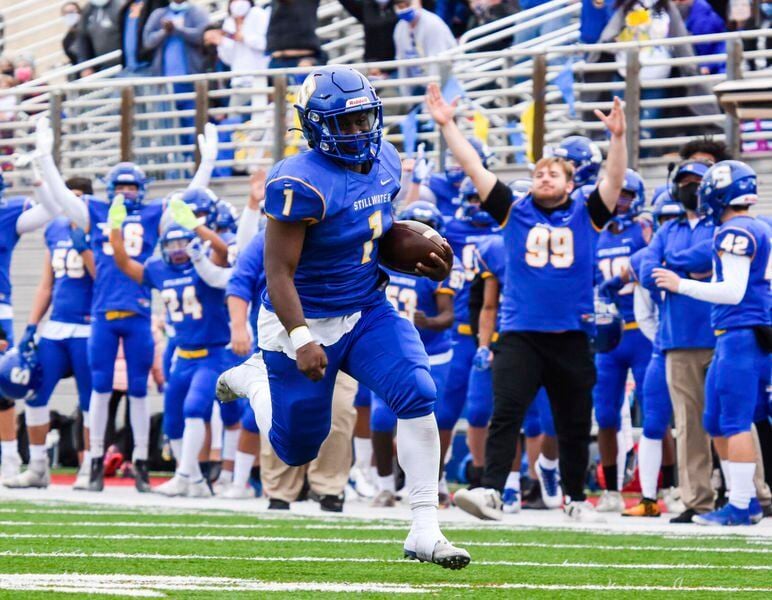 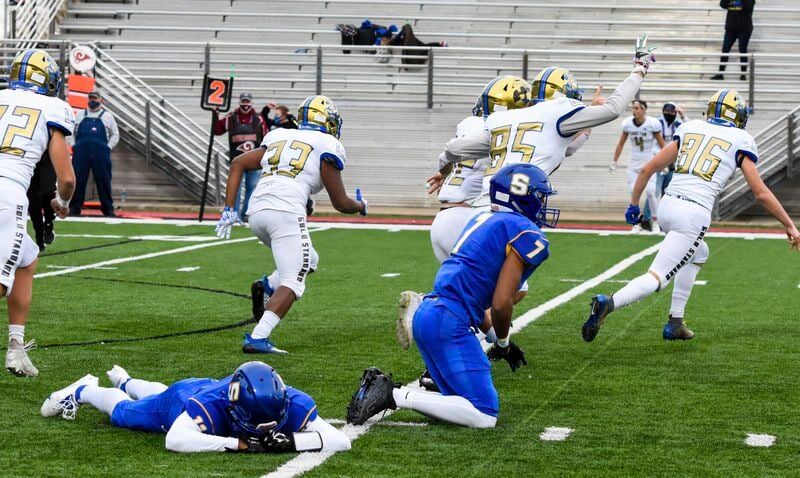 Stillwater High football players and coaches expected to be competing for the Class 6A-II state championship this weekend.

They thought they’d be back in the state title contest for the third-straight year. Instead, Choctaw will meet two-time reigning champ Bixby on Saturday.

Stillwater might not have reached the final 6A-II game of the season, but SHS coach Tucker Barnard was still proud of his team’s season.

“Like I said before, I’ve coached for a long time and the only good way to end the season is with a victory and the state championship trophy in your hand,” Barnard said. “The rest of the endings are really hard, but that being said, I have a great appreciation for what our players have done and what our coaches did and the success that we’ve had.

“It was a lot of fun coaching a group of seniors that came through here going 33-3 in their career. That’s pretty exciting stuff. I think they gave us everything they had. We made a few too many mistakes, and a little bit of bad luck along the way, and we just didn’t quite have enough to win the game on Saturday.”

The 2020 campaign ended with a 9-1 record, but it was filled with unpredictability as the COVID-19 pandemic spelled issues for nearly every team across the state. Those issues began before the spring football season began, and continued through the summer and the fall season.

Stillwater later lost two district games because U.S. Grant canceled and Northwest Classen forfeited. Thus, Stillwater played only seven of its 10 regular season games. It also had a bye in the playoffs because Putnam City West opted out after going winless in the regular season.

The pandemic affected arguably every team in the state, but for Barnard, he believes the lack of offseason workouts limited his team’s ability to prepare for the season. Part of his reasoning is he had a handful of players taking starting roles who had played limited varsity minutes last year.

“I’m not ashamed to say that the things we typically do in a spring and summer typically give us an advantage over our opponents. I think the way we organize our summer gives us an advantage, and we didn’t have that advantage this summer. … I’m not saying it was a different situation than other schools. I think that separates ourselves from a lot of others in the summer and we didn’t have an opportunity to do that this year.”

The Pioneers were able to help one of their own make history this year. Senior running back Qwontrel Walker carried the ball 220 times for 1,910 yards and 32 touchdowns in just nine games played this season.

Walker finished his career with 7,631 yards. That ranks him No. 7 on the state’s all-time career rushing yards list. He was 31 yards short of the No. 5 spot. Only one of the players above him played a school bigger than a Class A school and it was 3A’s Anadarko.

“He’s such a special talent, and he ended up with almost 8,000 yards and 109 rushing touchdowns,” Barnard said. “I don’t have the numbers in front of me. Those are just unbelievable numbers. He did things no 6A running back has ever done in Oklahoma. I’m blessed to be a part of that. He’s a great kid and great talent. We don’t know what’s next for him quite yet, but I imagine he’s going to have an opportunity somewhere to do really great things.”

Walker and several of his teammates will likely be choosing their respective colleges in the next month or two. He is one of the undecided ones.

When it’s all said and done, the Pioneers could have around 10 – possibly more – players going to play college football next year from this senior class, which followed the 2020 graduating class that produced around 7-8 college football players.

“I haven’t counted it up, but it looks like a bunch are going to either get scholarships or walk-on some place,” Barnard said. “It’s exciting. It just shows you these kids love playing.

“They’ve enjoyed what we’ve done and they want to keep doing it. We’re looking forward to seeing where they all go.”