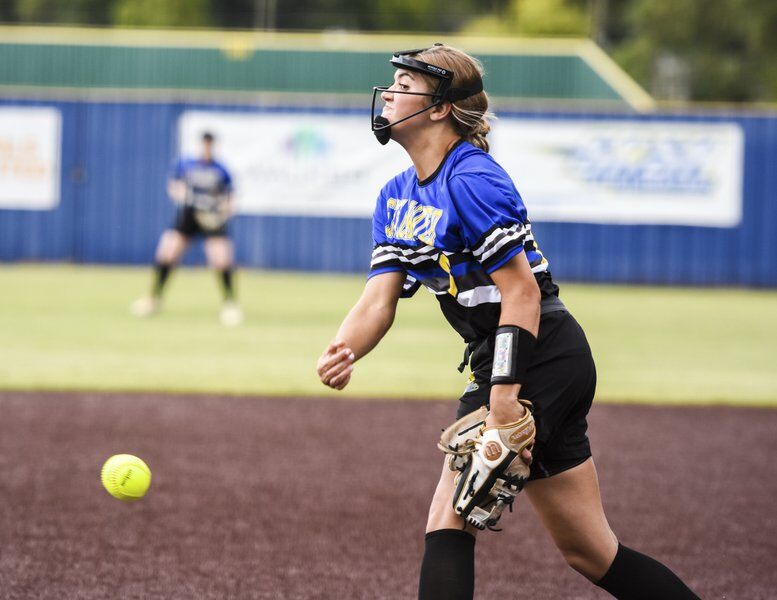 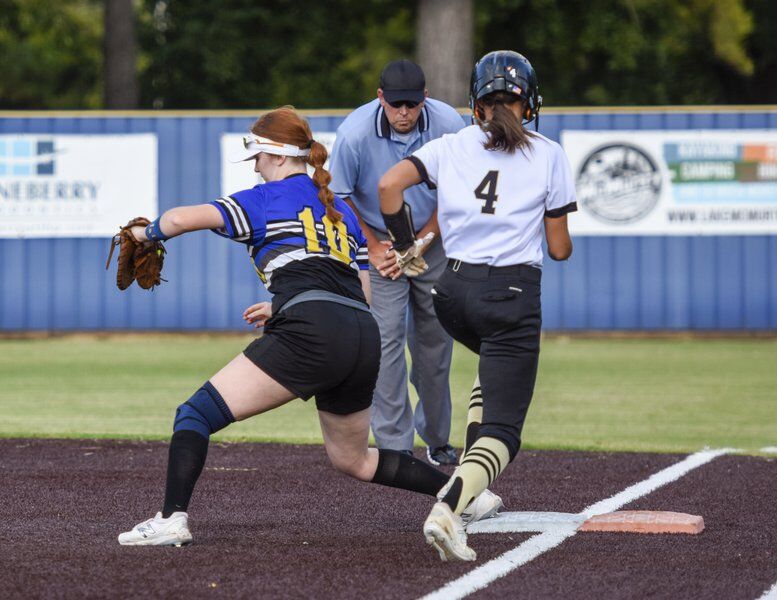 Despite making it a closer game than the last time the two met, Stillwater’s fastpitch softball team couldn’t find a way to win against Broken Arrow.

The Pioneers struggled to generate offense in their 5-1 district loss to the Tigers Tuesday evening at Couch Park.

Stillwater (12-10 overall; 5-3 district) had just three hits, and its only run came on a solo bomb from Makenzi Swick in the third inning. The Pioneers previously lost to Broken Arrow by double digits in August, but Stillwater coach Karie Linsenmeyer says she felt her team had what it took to come out on the winning side in both matchups.

“This loss is more about us than them, quite honestly,” Linsenmeyer said. “We have to do better at the plate. We gave them too many chances, and we have to hit better.”

Kendyl Prichard pitched the complete game for the Pioneers, giving up five runs – one unearned – and striking out seven. In first inning, Prichard walked the bases loaded, only to strike out three Tigers batters to keep Broken Arrow off of the scoreboard to begin the game.

“(Prichard) fought the whole game,” Linsenmeyer said. “She pitched well enough to win. I really can’t ask her to do much more than that. We have to hit. One run is not going to get it done.”

Both teams were shut out in the first two innings, and then each managed one run in the third. For Broken Arrow, an RBI sacrifice fly from Maddie Messenger scored McKayla Carney, and Stillwater’s Swick matched it in the bottom of the inning with the solo home run.

From there, the Tigers’ pitcher, Adison Normandin, blanked the Pioneers. Normandin also threw all seven innings, allowing just the one earned run and fanning nine batters.

Broken Arrow (18-6; 11-1) added two more runs in the fourth inning to take the lead, and it brought in a few more insurance runs in the sixth and seventh to clinch the victory.

Stillwater did not play last week because of the school board’s ruling with COVID-19 concerns. Before the off week, the Pioneers had won six straight. Now in their first week back, they have lost two in a row.

Linsenmeyer said the break was frustrating for the momentum of her team, and things are going to have to change for Stillwater to get back on track.

“We have to have a killer mentality,” Linsenmeyer said. “They have to have it. Not me. But I’ll do the best I can to make it happen. We’re going to keep fightin’.”