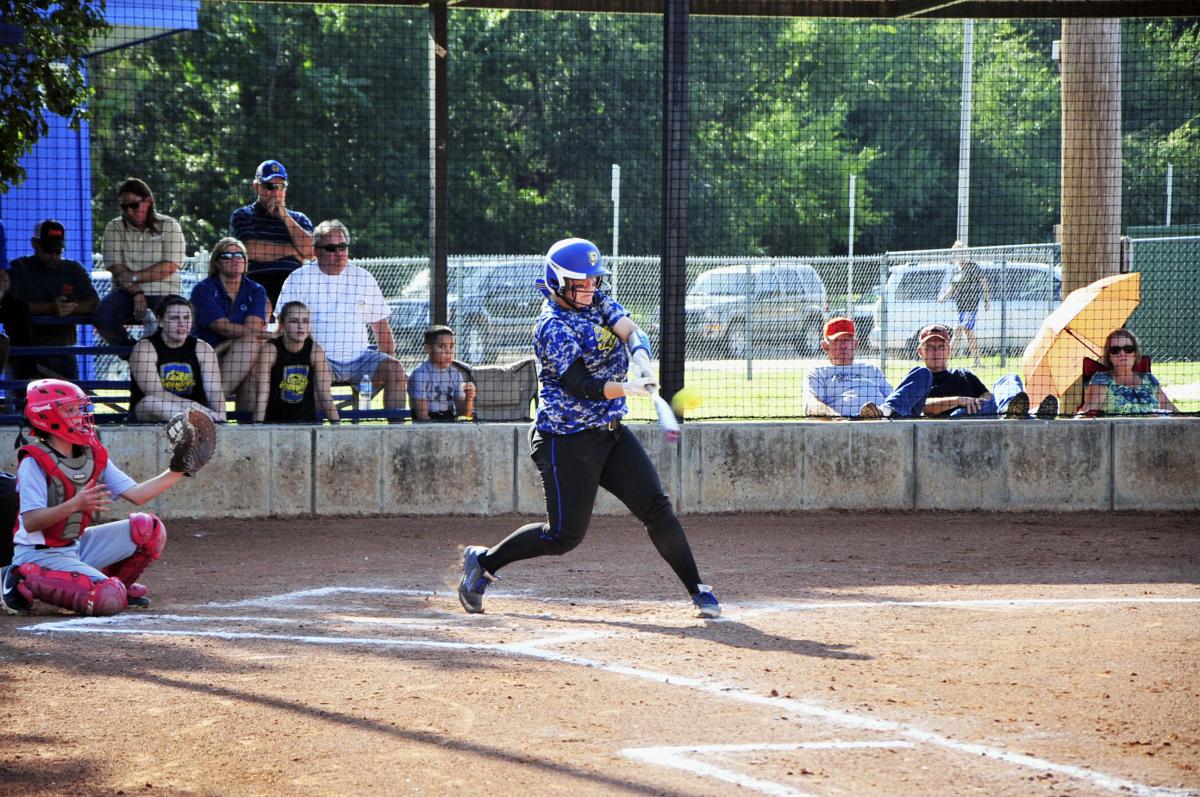 Stillwater High senior Halley Randolph hits a three-run home run in the second inning of Thursday’s 12-2 run-rule victory over McLoud at Little Couch Park. Randolph finished three for three with the home run and a double. 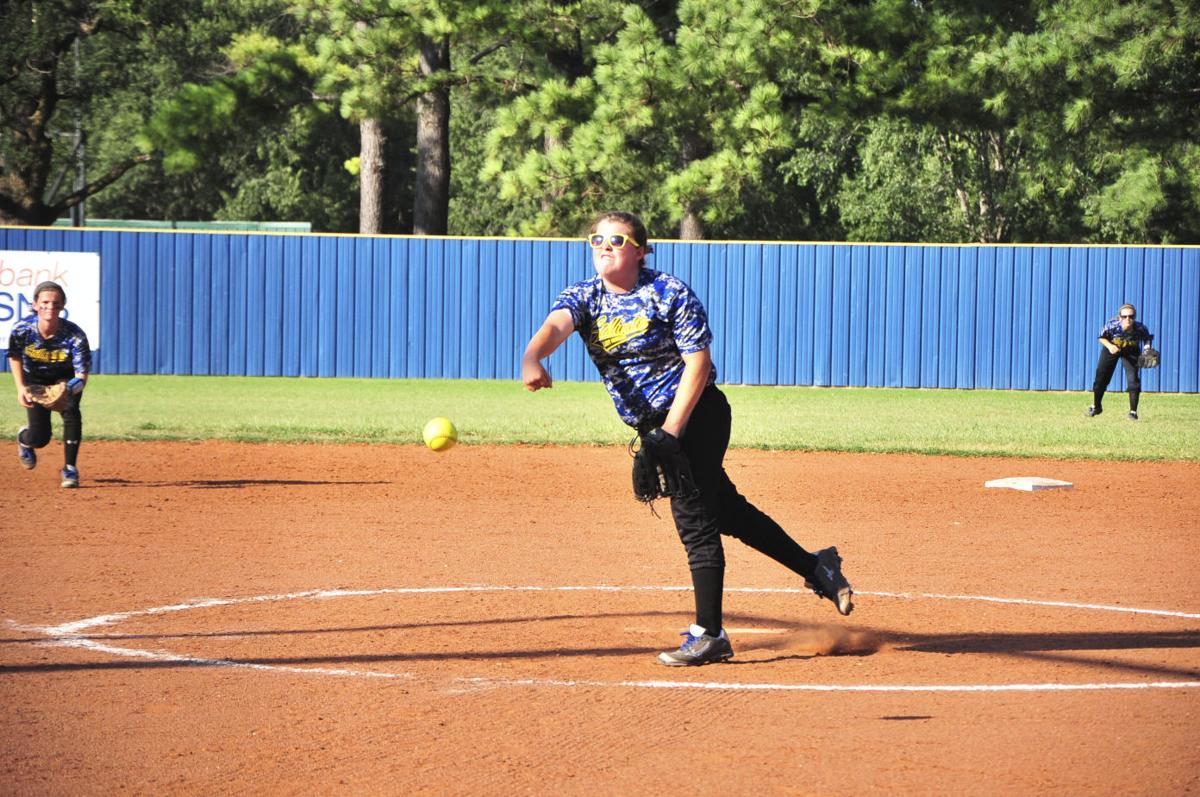 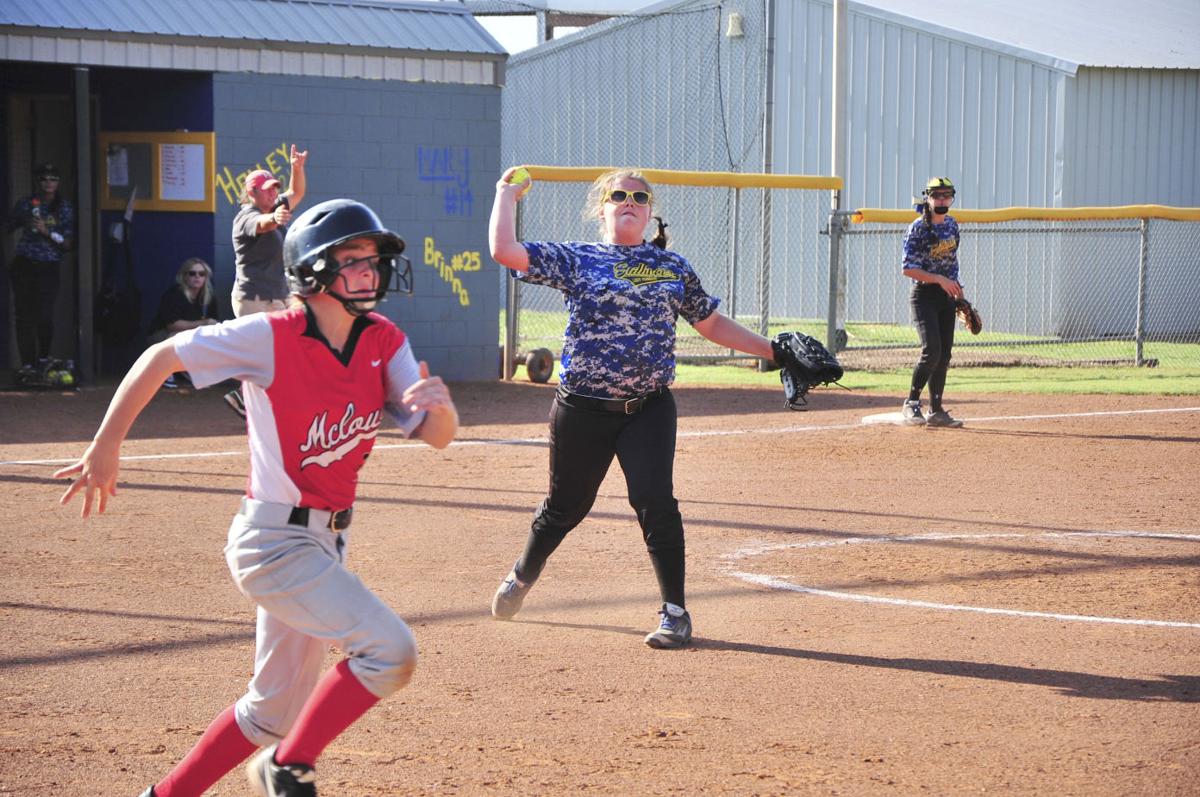 Stillwater High pitcher Mackenzie Payton fires to first to record an out during Tuesday's home game against McLoud. 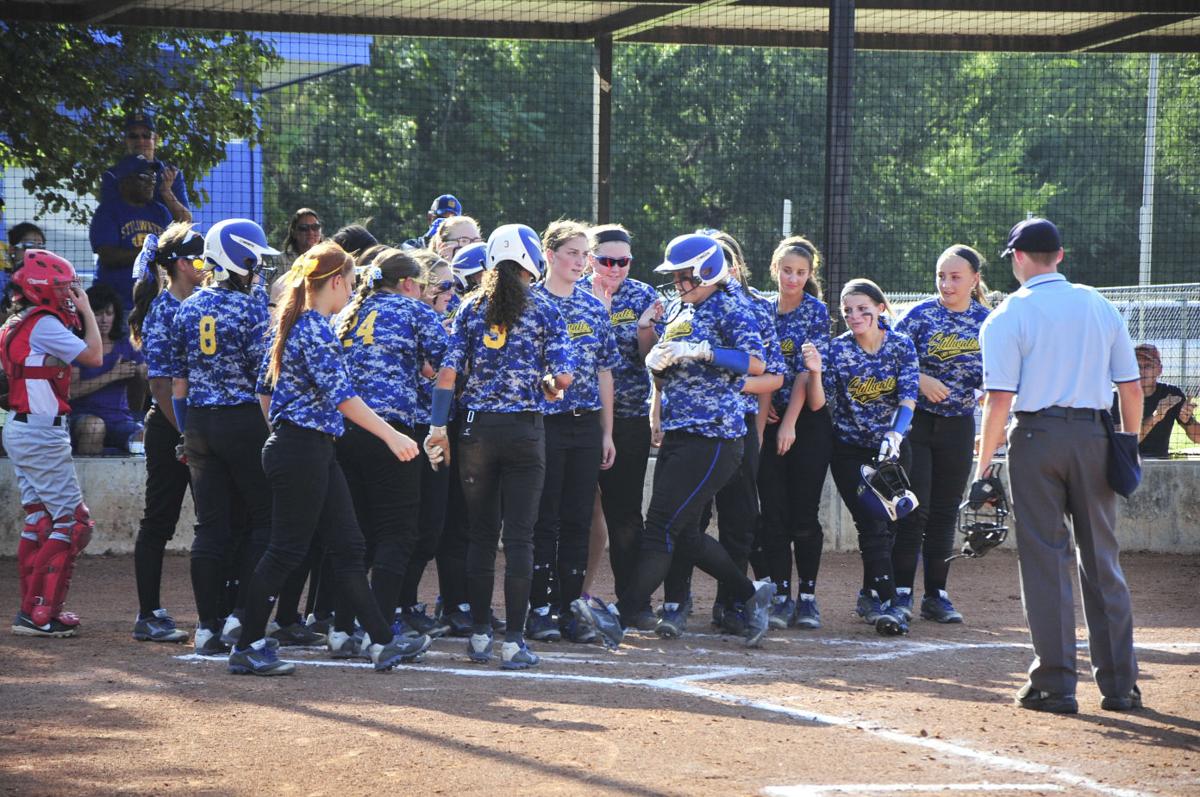 Stillwater High senior Halley Randolph hits a three-run home run in the second inning of Thursday’s 12-2 run-rule victory over McLoud at Little Couch Park. Randolph finished three for three with the home run and a double.

Stillwater High pitcher Mackenzie Payton fires to first to record an out during Tuesday's home game against McLoud.

A day after the offense only managed just one run on four hits, the Lady Pioneers came alive – especially with two big blasts to set an early tone.

McLoud scored two runs in the top of the first off of starting pitcher Mackenzie Payton. Sparked by a bunt single and a hit batsmen, McLoud got a two-out, two-run single from Karlee Higden. But the Lady Pioneers answered in a big way in the bottom half of the frame.

Taylor Tuck and Halley Randolph ripped back-to-back singles in front of sophomore Laikyn Anderson, who hit her first career home run to give SHS the one-run lead. The Lady Pioneers scored once more before the final out was recorded when Sage Fluty hit a sacrifice fly to score Christy Leim, who singled after Anderson’s homer.

Not to be outdone by her teammate, Randolph – who is known as Stillwater’s biggest home run threat – blasted a three-run shot of her own in the second inning to plate Alexis Hoang and Tuck.

“It was very, very key that we came out and hit like we did tonight,” Randolph said. “I’m very impressed with everybody’s performance. It was definitely a confidence boost and it will help us a lot Thursday.”

With the runs racking up and Payton preventing McLoud from gaining ground, the Lady Pioneers were able to put together the finishing touches in the fourth inning. Randolph led off with a double and scored on a double by Anderson. Two batters later, Payton picked up an RBI single to put the Lady Pioneers three runs shy of the 10 needed for the run-rule.

Fluty followed Payton with a single and pinch hitter Morgan Rohwer loaded the bases when she was hit by a pitch. That’s when pinch hitter Caitlyn Bacon took the first pitch she saw into the outfield for a two-run double. Two batters later, an infield single by Tuck ended the game.

“It’s hard to go in there and not be in the game all game and just walk up and have the confidence to smack the first pitch you see – that’s the way you do it,” Linsenmeyer said of Bacon’s at-bat.

With the boost from the bats Tuesday, Stillwater High will return to district play Thursday with a road match against Broken Arrow – which beat SHS 9-4 in the season opener at Little Couch Park.

“We need to keep the confidence that we are still a good team,” Linsenmeyer said. “I don’t think anybody here thinks that we were going to go undefeated and win all of our ballgames. “We’d all like that, but we’re going to have bumps and it’s how you react to those bumps that make you a good team.”