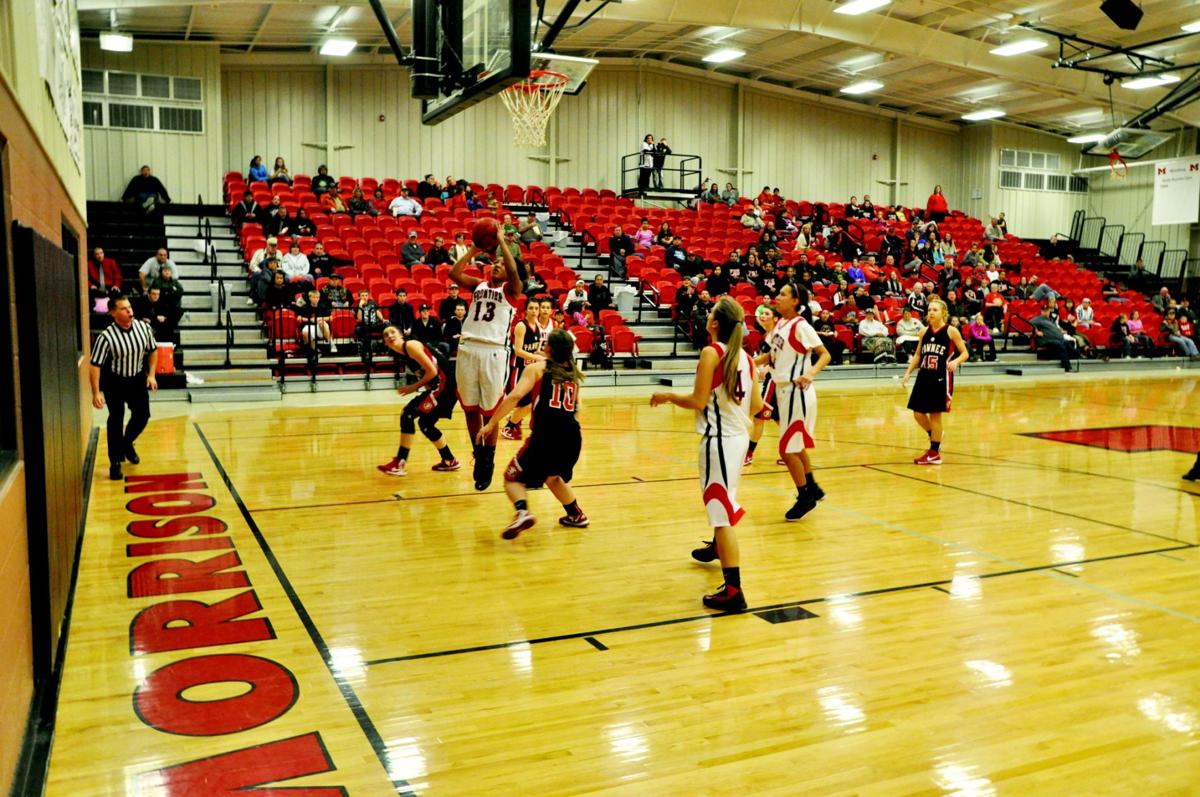 Marissa Goodman makes a layup in the first half against Pawnee in the championship of the Mike Kerr Classic Saturday. Goodman was the second-leading scorer with 16 in Frontier's 48-47 victory. 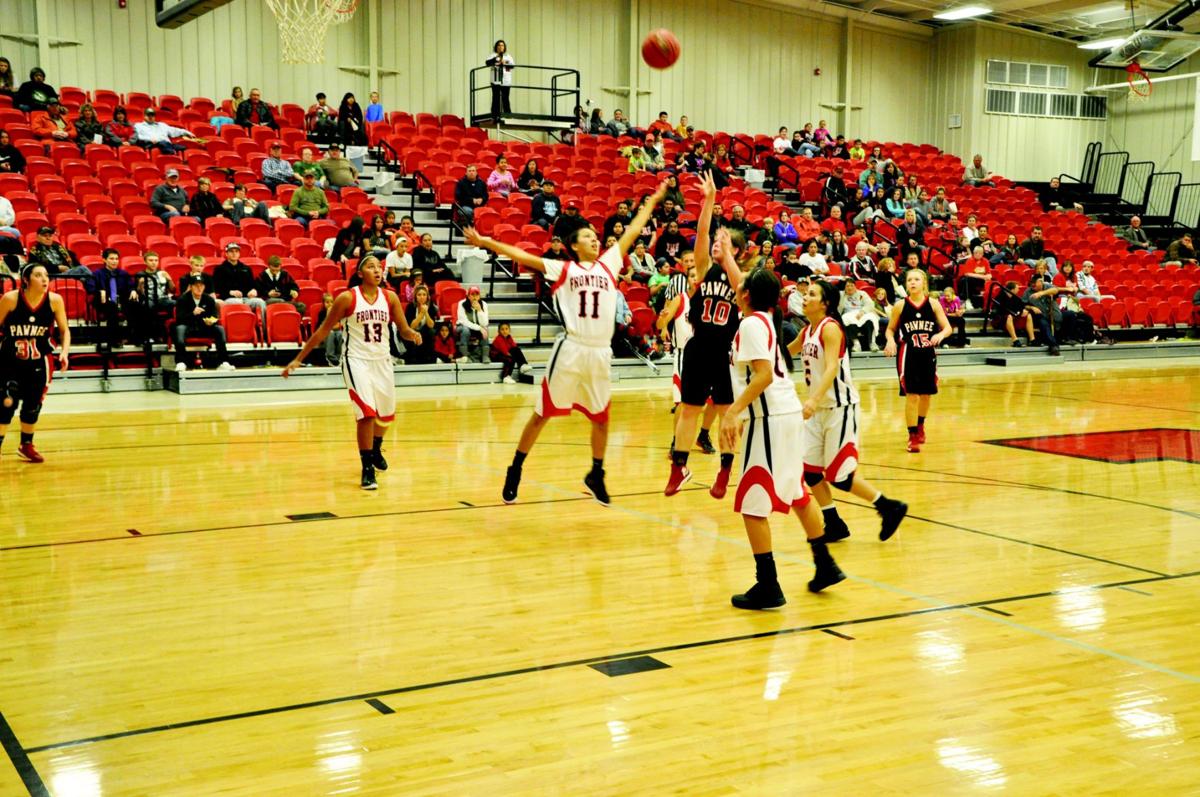 Shayla Brien shoots a jumper in the second half with Frontier's Alivia Molina defending. Brien scored 11 in Pawnee's loss.

Marissa Goodman makes a layup in the first half against Pawnee in the championship of the Mike Kerr Classic Saturday. Goodman was the second-leading scorer with 16 in Frontier's 48-47 victory.

Shayla Brien shoots a jumper in the second half with Frontier's Alivia Molina defending. Brien scored 11 in Pawnee's loss.

Making free throws can be key to winning a basketball game. For the Frontier Lady Mustangs, that was definitely the case as Sydney Pappan hit two free throws in the last minute to help Frontier to a 48-47 victory over the Pawnee Lady Black Bears in the Mike Kerr Classic Championship.

“Pawnee gives us problems because they play pretty good defense,” Frontier coach Clay Stephens said. “They have good quickness there. For the most part we shot the ball better. It was a struggle.”

Pawnee coach Jeff Tatum said though the outcome didn’t go his team’s way, he was proud of how it competed.

“Two competitive teams played hard and it was going to come down to the end,” Tatum said. “Unfortunately for us we ended up on the bottom side of it.”

The Lady Mustangs (12-4) entered the second half trailing 22-20. Three-pointers from Pappan and Bethany Childs put Frontier ahead 26-22. The Lady Black Bears responded with an 8-0 run to take a 30-28 lead. Shayla Brien scored on a 3-point play. Tori Stevens tied the game with a 3-pointer. A layup by Brien gave Pawnee the lead. Pappan hit another 3 to put Frontier up 33-30 — a lead it wouldn’t relinquish. Christina Ingmire hit a 3-pointer to put the Lady Mustangs up by four. Frontier made 5 3-pointers in the third and held a 41-38 lead.

“(Making 3-pointers) gives us confidence,” Stephens said. “Our defense picks up a little bit. We all just feed off of that.”

The Lady Mustangs didn’t lose the lead in the fourth, but Pawnee didn’t go down quietly. Natalie Jensen made a layup and was fouled. After she converted the free throw, the Lady Black Bears were within 2. Another 3-pointer by Pappan expanded Frontier’s lead to 46-41. Brien and Lauren Bynum cut the lead to one.

Bethany Childs missed a short jumper and Pappan grabbed the rebound. Pappan was fouled as she attempted the putback. Pappan swished both free throws to put Frontier ahead 48-45. Pawnee struggled to get a shot but a Lady Mustang foul bailed them out. The Lady Black Bears last second 3-point attempt failed and Kerstie Day scored a layup as time expired.

“That was the difference,” Stephens said. “They made that shot at the buzzer and it would have been a different deal.”

The game started with Pawnee taking advantage of Frontier turnovers and taking a 5-0 lead. The Lady Mustangs took control in the second half the first quarter with an 11-0 run to take the lead 15-8. After that, Frontier wouldn’t score until about 5 minutes left in the second quarter. The Lady Black Bears went on a 9-0 run to take a 17-15 lead.

“We made sure that we caught up with Marissa,” Tatum said. “She’s a great player and finishes well. That was our main goal to not give up easy buckets down the lane in transition. We just covered up better in our press. We got some turnovers and we finished.”