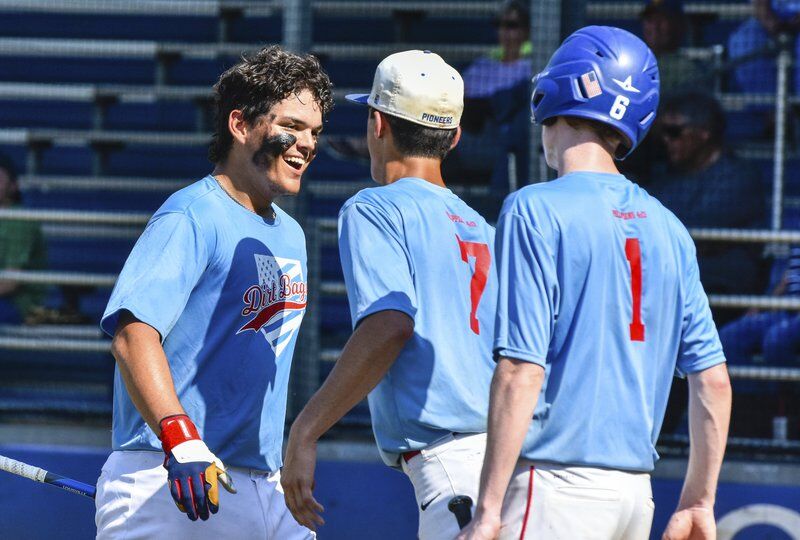 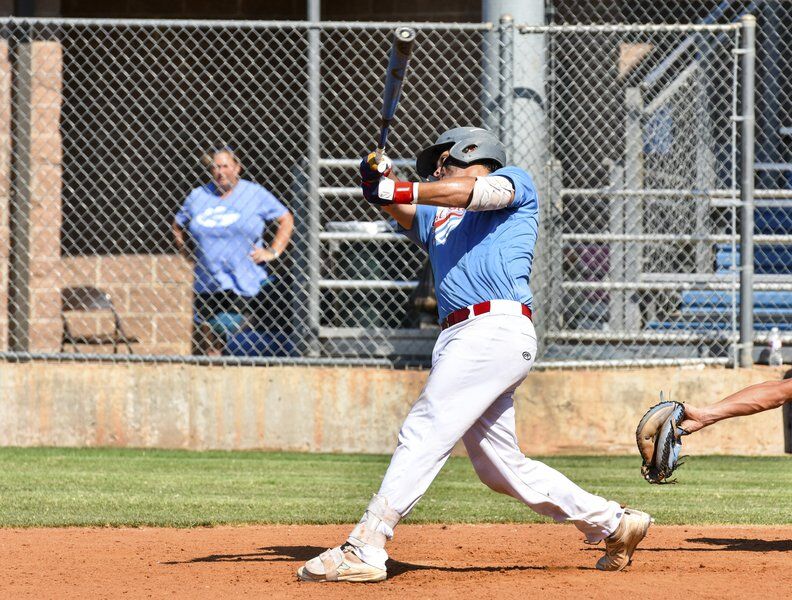 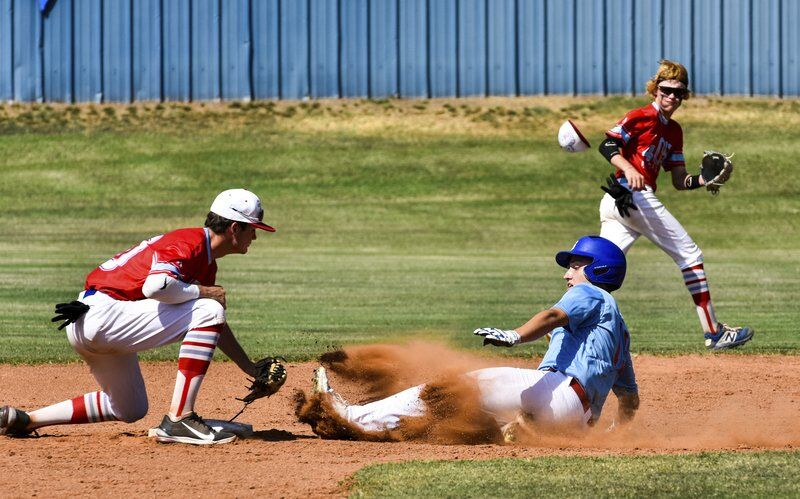 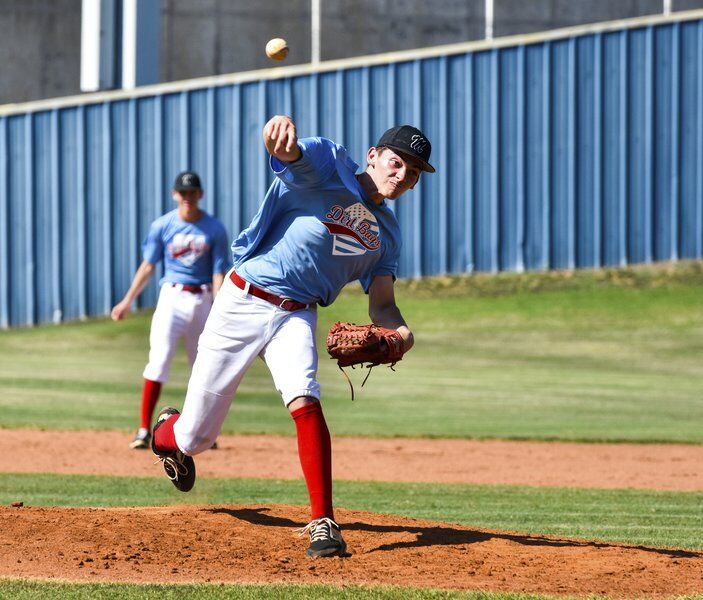 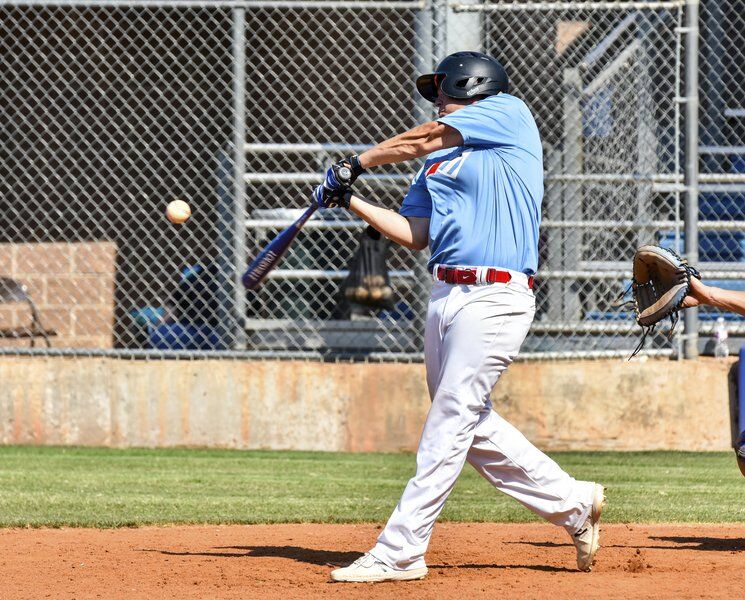 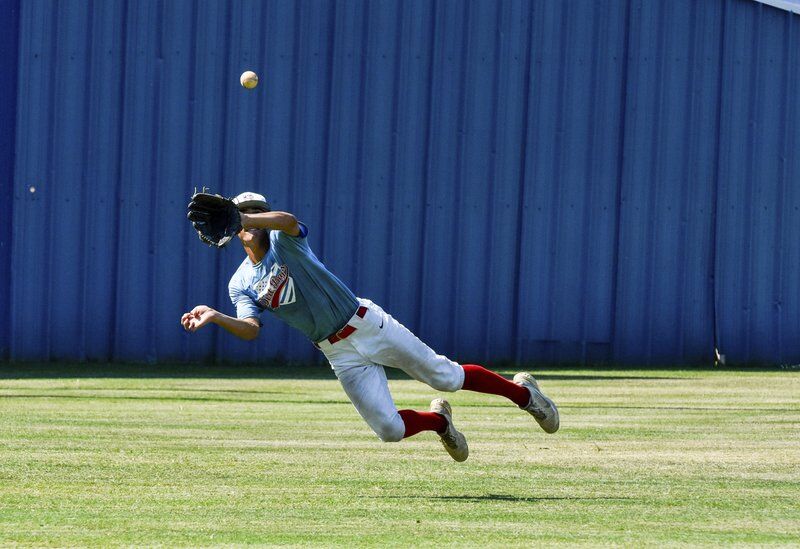 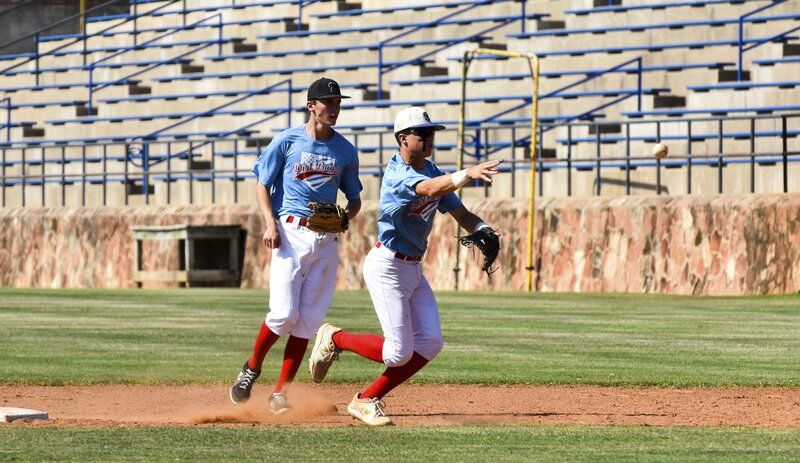 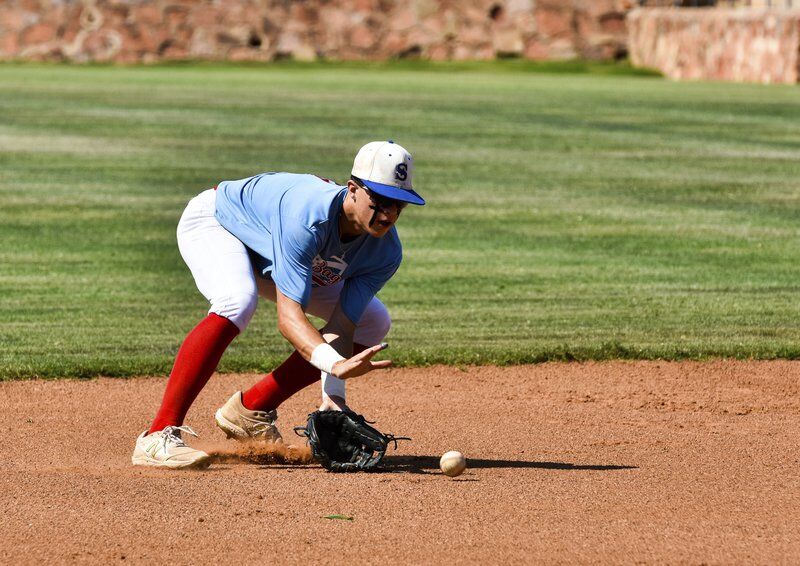 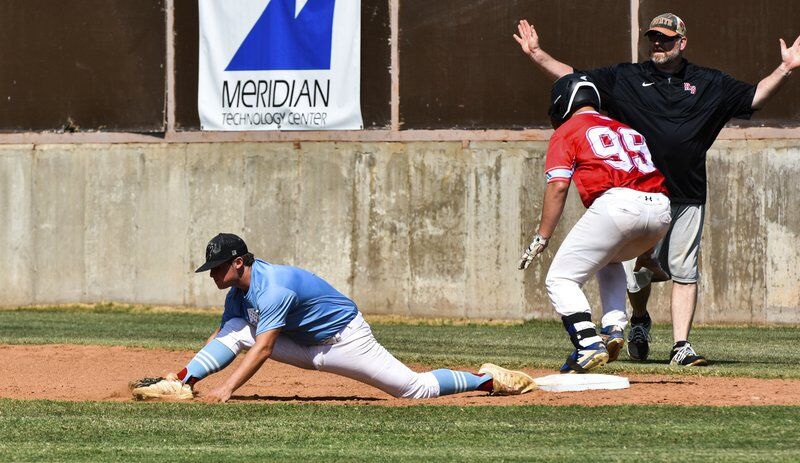 GUTHRIE – The Oklahoma Dirt Bags traveled a little further than usual to play in the Brad Holt Memorial Tournament, but on the scoreboard and off it, the trip was worthwhile.

The Dirt Bags, a team of high-school aged boys hailing largely from Stillwater, won 10-1 over 405 Baseball on Thursday in the first game of the annual baseball tournament.

Often held in Stillwater, the 28th addition of the tournament is being played solely in Guthrie this year.

Runs were scored, gifts were given and money was raised at Squires Field, the home of the Guthrie Blue Jays, during the hot June afternoon.

Because of the unique layout of the baseball diamond – which is combined with the football stadium and features a wall-less center field that doubles as half the gridiron – not all home run balls left the field of play.

In the third inning, Dirt Bag player Deklyn Wihelm shot a ball to the gap in deep left center field. It got by the 405 Baseball centerfielder and kept rolling. By the time it was picked up, Wihelm was rounding third for a home run.

“This field is unique because if you hit the gaps here and they take the fence down for football, it just goes forever,” Dirt Bag coach Les Little said. “You’ve got to protect the gaps.”

That blast, one of three home runs on the day including a first inning go-ahead homer by Reece Wilson, made the score 5-0, a comfortable lead for DirtBag starting pitcher Cade Patterson.

Patterson, a Meeker native, threw five innings before the game was ended in a run-rule. He got out of a couple jams with multiple runners on and never surrendered a key hit that would serve to get the opposition back in the game.

“He did great,” Little said. “Cade Patterson, this whole summer he’s done a good job for us. He’s been consistent so we left him up there and let him go. He’s confident right now. Why take him out. We just let him finish the game.”

Dozens of fans bought T-shirts and programs commemorating Brad Holt, who played baseball at Stillwater High and was signed to play collegiately before he died tragically in a 1991 automobile accident.

“I’ve known the Holts pretty much my whole life,” Little said. “Whenever I played in high school at Stillwater High. They are the best family in the world and we would support them any time we can. Brad, he was a good guy then.”

Proceeds from items benefited the Brad Holt Memorial Scholarship Fund, an award given to outstanding Stillwater Pioneer student-athletes. Over $55,000 had been awarded through the scholarship.

There were also items raffled off to spectators. Prizes included a Hideaway Pizza gift card, a tournament T-Shirt and Oklahoma State apparel.

“This is a good tournament,” Little said. “It’s good for Oklahoma, it’s good for Stillwater. They do such a good job of putting it on. It’s an honor for us to play in it.”