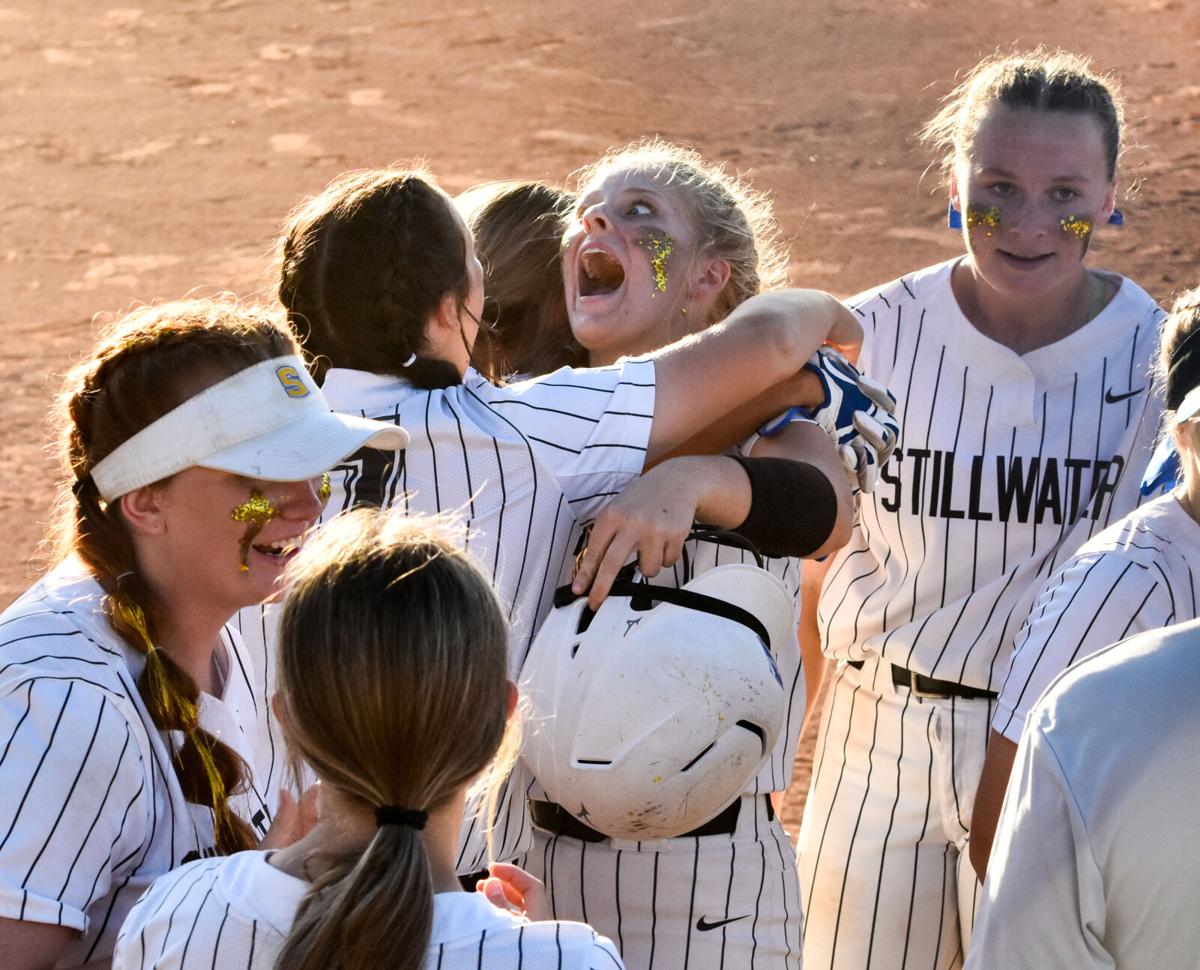 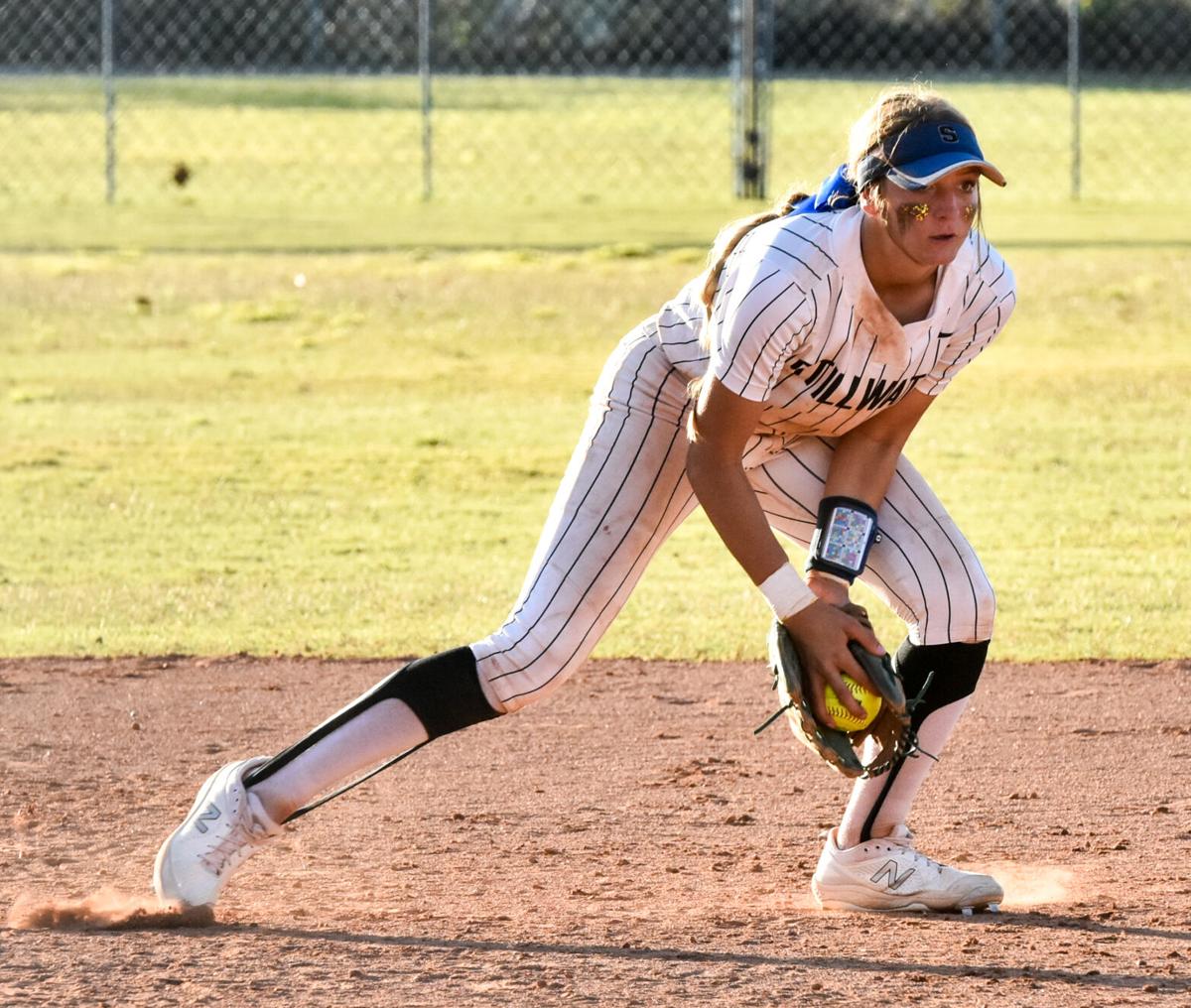 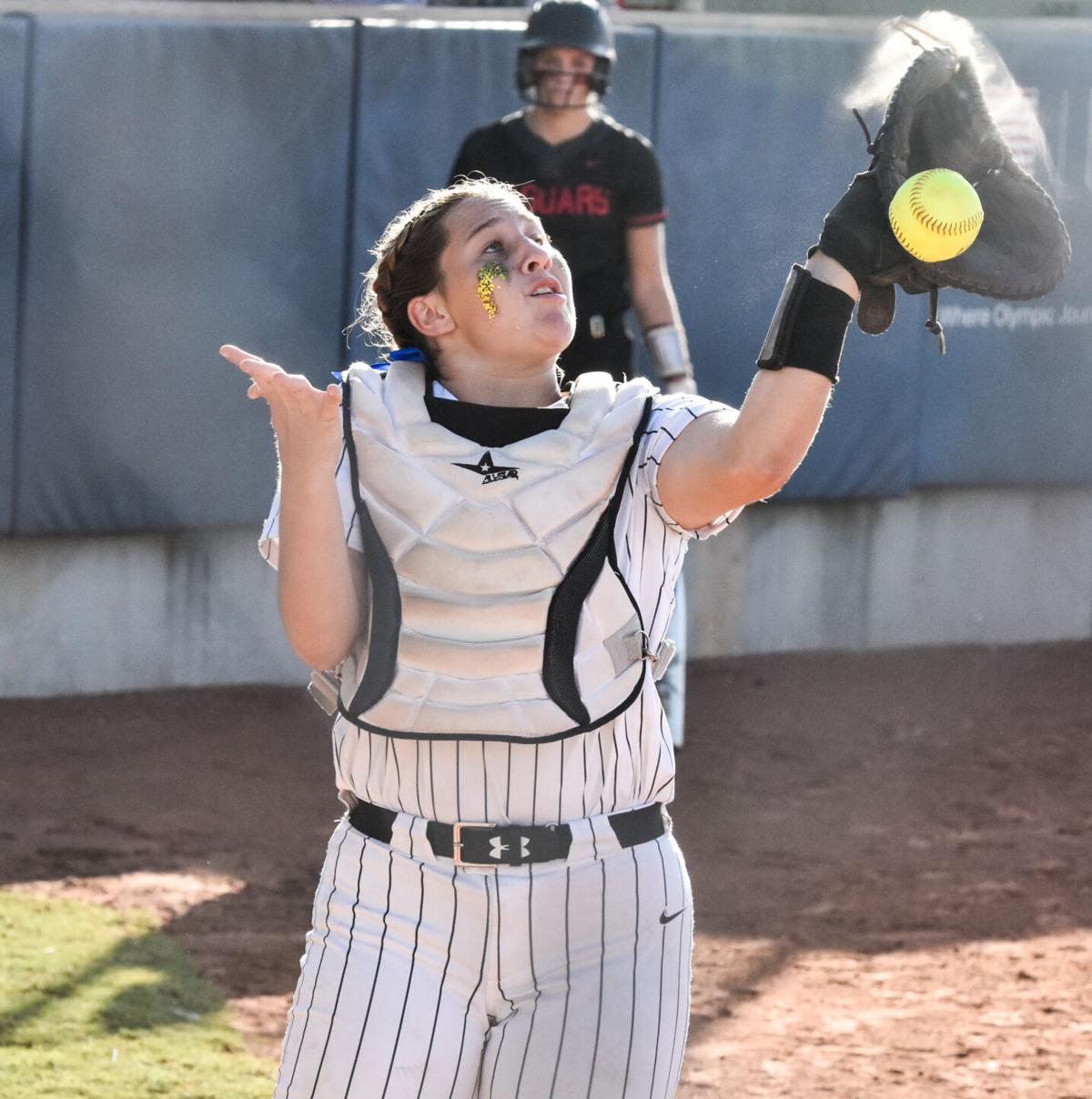 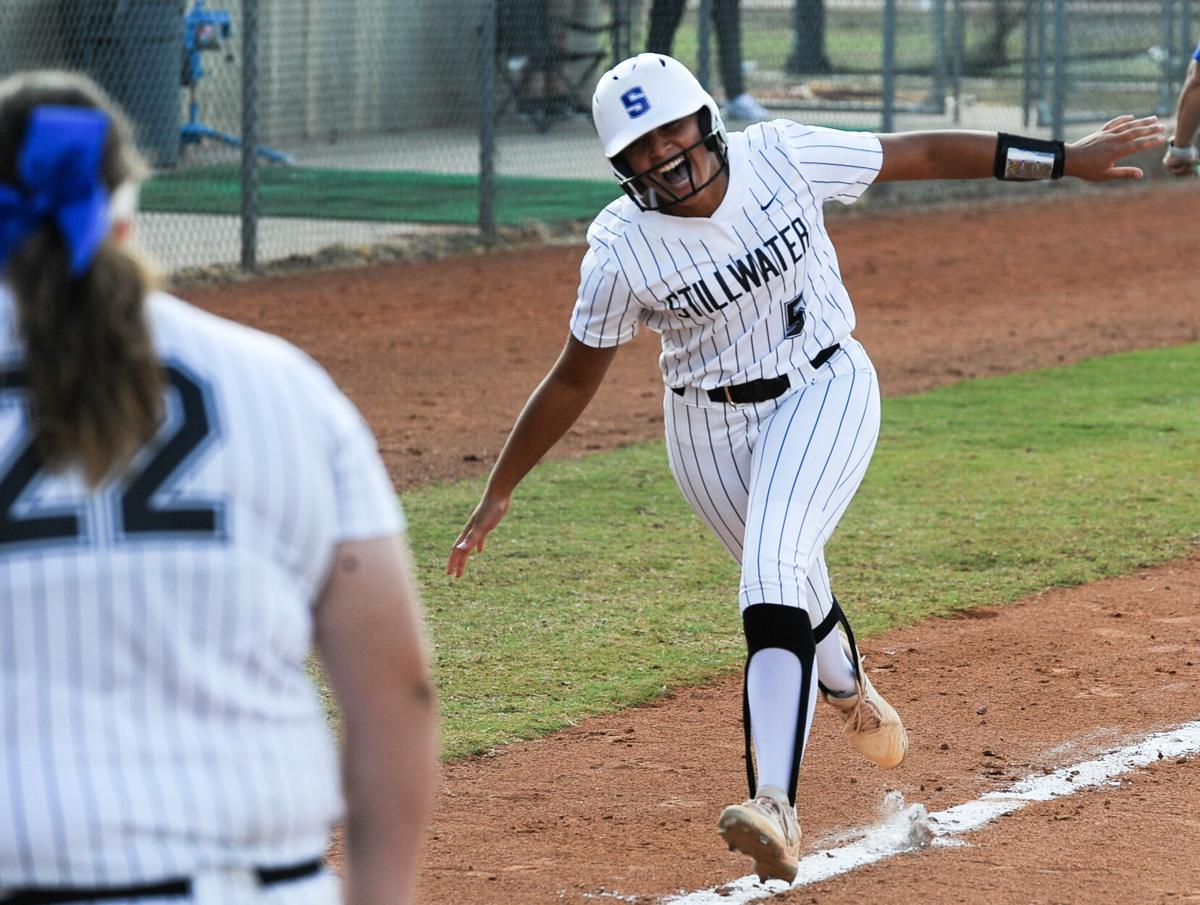 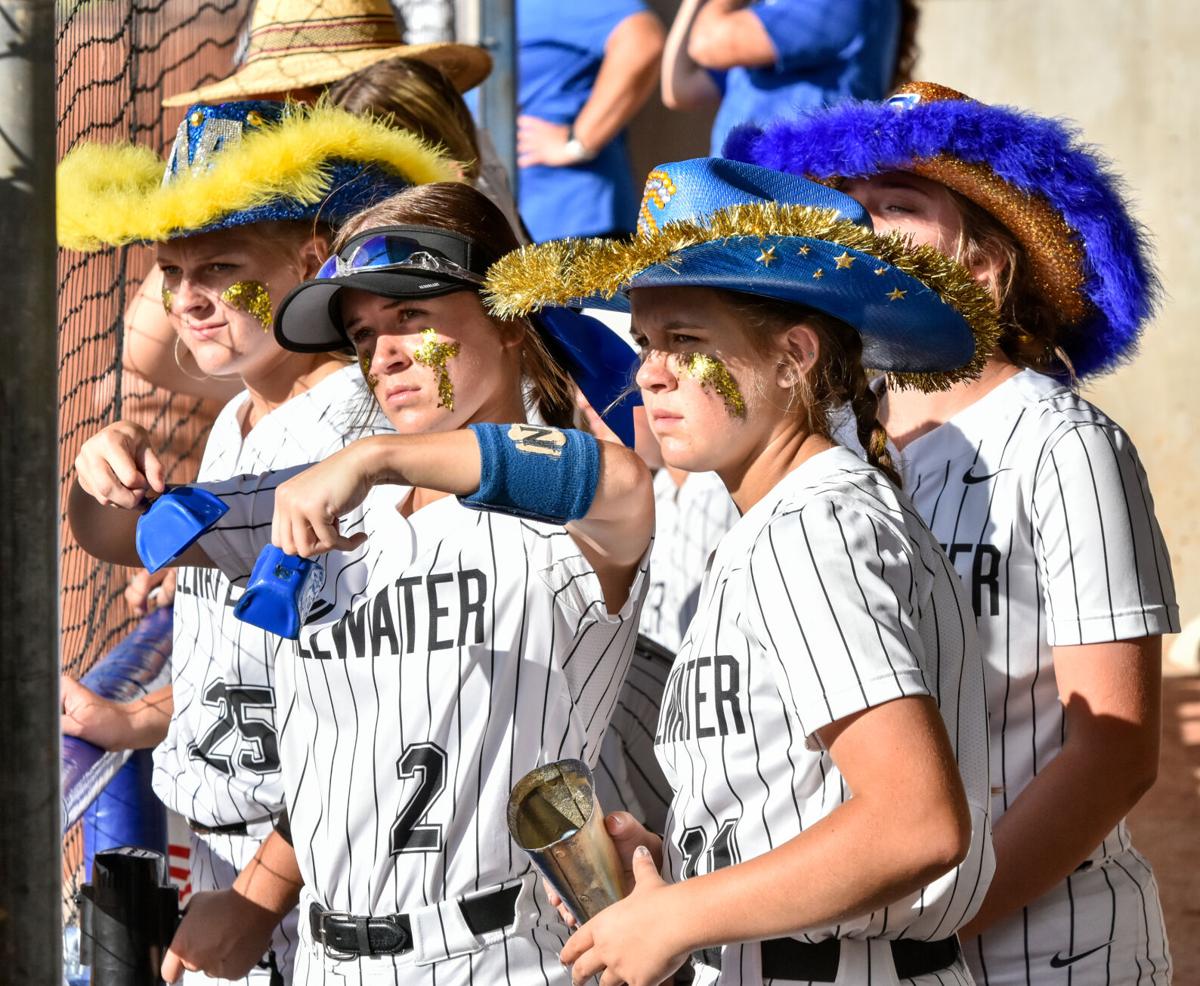 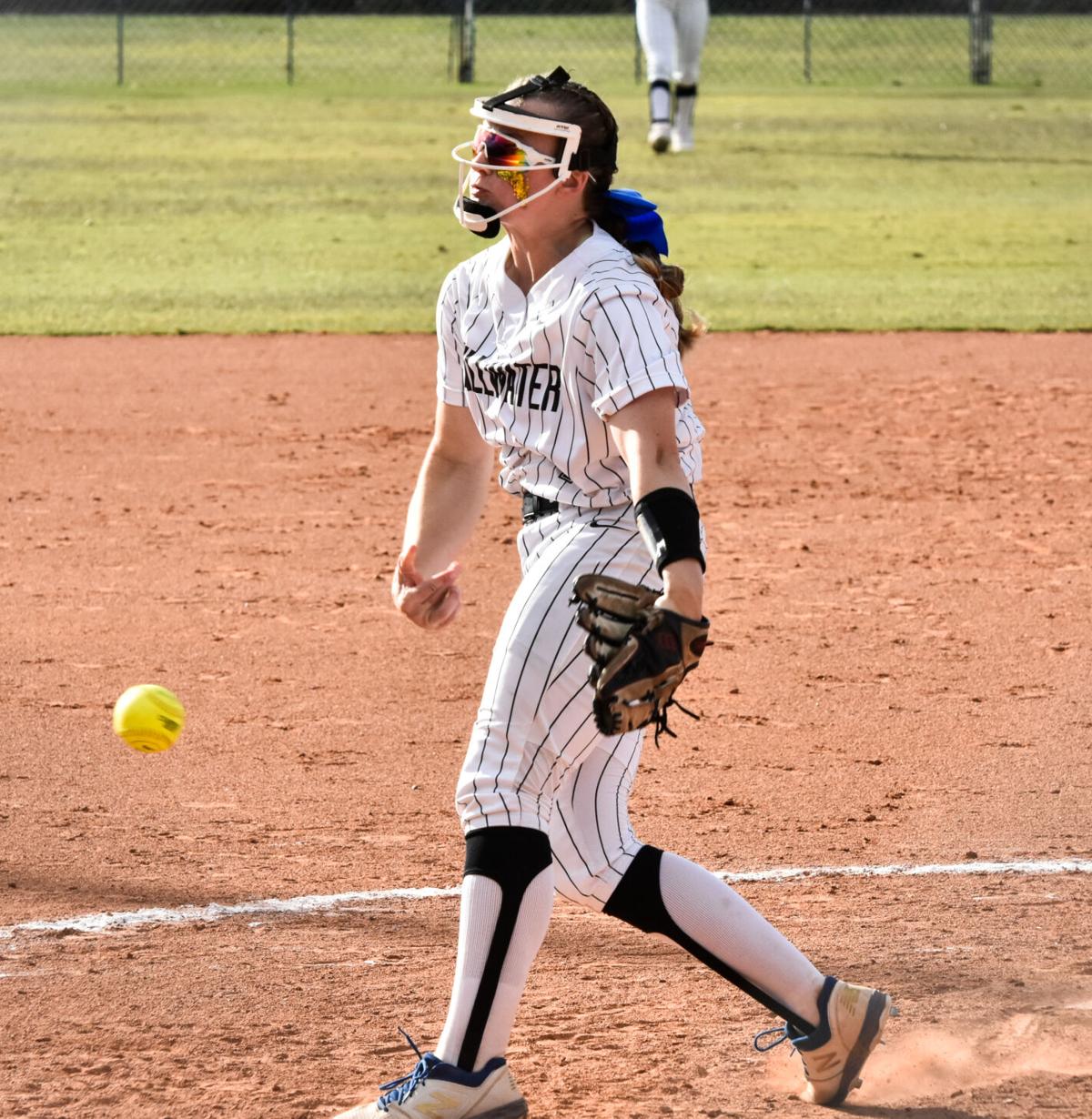 OKLAHOMA CITY – Lyric Perry tied the single-season home run record for Stillwater High with a first-inning blast in the Class 6A state opener, but it wasn’t the most talked about homer among the Stillwater High softball fans at USA Hall of Fame Complex.

“That was amazing, probably one of the best feelings ever,” said Glasgow after getting mugged by her teammates after the win. “… I was pumped up, and I’m so happy to have a team that is so excited all the time, always hugging each other, always giving each other support no matter what.”

Westmoore elected to intentionally walk Perry to lead off the seventh inning in a tied game. While the move made sense at the time considering the 16 home runs Perry has hit on the season, it only fueled the Stillwater dugout.

After a perfect sacrifice bunt by starting pitcher Makenzi Swick to advance Perry, Glasgow made the bunt irrelevant with the walk-off shot.

“Honestly, it gave us more energy because we believe that everybody can hit,” Glasgow said of the intentional walk. “So we got more pumped up and were like, ‘We’ll show you.’”

Perry’s first-inning home run gave the Pioneers some comfort in the state tournament against No. 3-seeded Westmoore. Her 16th home run of the season came on the heels of a double by catcher Sidney McLaughlin.

“It was really a thrill for me because that was one of my biggest goals this season was to break the home run record,” Perry said. “So now I have it tied up, so it was just kind of a surreal moment for me really.”

While Perry and Glasgow had behemoth moments in Thursday’s opener, there were others around the diamond that may have seemed insignificant from a normal bystander but were significant for the Stillwater squad.

Such as in the fifth inning, when sophomore third baseman Addyson Brown responded after booting a hot shot right at here that allowed a runner aboard. With two on and one out, Westmoore had its best threat since the first inning, but Brown came up with an inning-ending double play when she scooped up a grounder, touched third and fired to first in time to keep the Jaguars scoreless for another inning.

“That was bigger than you guys even know, because that’s something that we’ve been working on her with,” Stillwater softball coach Karie Linsenmeyer said. “… That particular play, we’ve actually talked and worked on that with her, and that’s why it was such an exciting moment.”

Westmoore would get to Stillwater’s pitcher in the sixth inning.

Fortunately, Swick had helped herself in the bottom of the fifth by knocking in courtesy runner Kylie Turner for a run following a leadoff double by her battery mate, McLaughlin – who had two doubles on the day.

It proved to be a pivotal run when Westmoore scored three in the top of the sixth, which was set up by three-straight hits to start the inning.

Swick would strike out the next two batters – bringing her total for the game to seven – before giving up a bases-clearing double just inside the left-field line to tie the game.

Next up for the Stillwater squad will be a semifinal match against the No. 2-seed Owasso, which earned a 6-3 win in its first-round game against Choctaw. The Lady Pioneers aren’t all that familiar with the Rams – having not faced each other this season – with the Owasso squad easily reaching state behind a 28-2 scoring advantage in its three regional wins.

“I think it’s just more about us,” Linsenmeyer said. “I think we need to do what we do well, keep hitting the ball.”