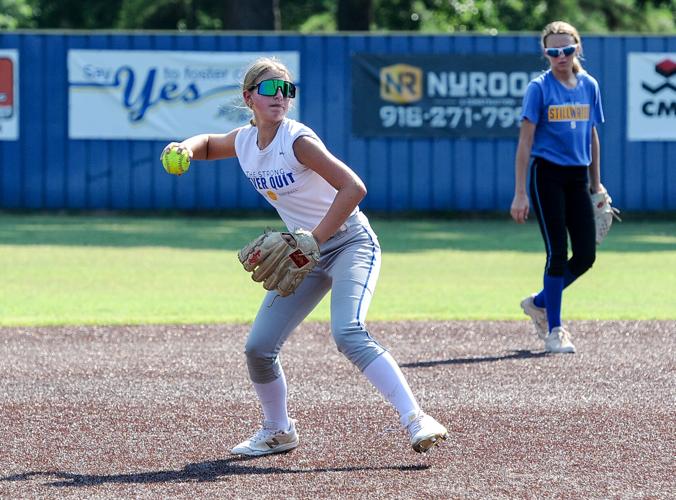 Members of the Stillwater Junior High softball team work on hitting the cutoff during Wednesday’s camp at Couch Park. 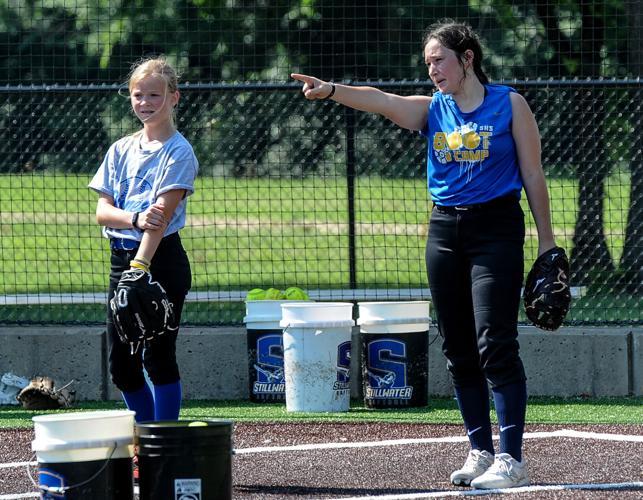 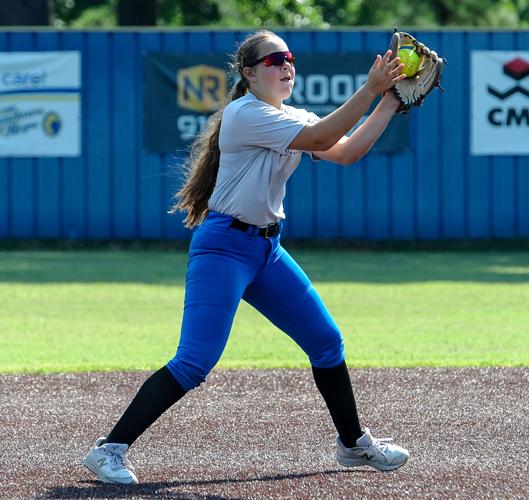 Stillwater High second baseman Zolie Kurena fields a throw from the catcher while the team worked on pickoff plays during Wednesday’s camp at Couch Park. 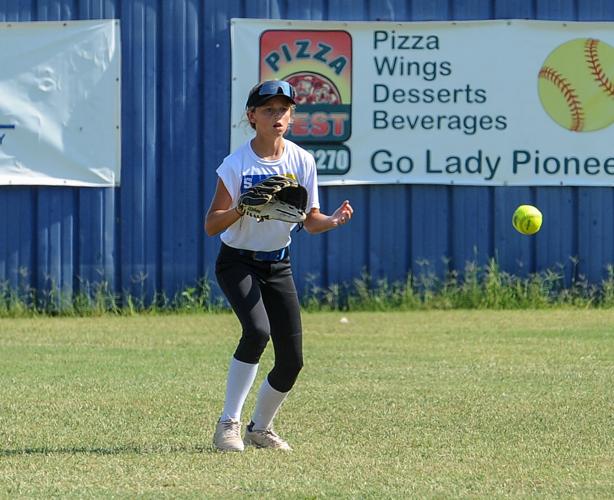 Members of the Stillwater Junior High softball team work on hitting the cutoff during Wednesday’s camp at Couch Park.

Wednesday is the middle of a three-day Stillwater Public School softball bootcamp. Players who made the junior varsity and varsity teams rolled their bat bags to the shady spot behind the home dugout to officially begin preparing for the season.

It is the first official team softball event since workouts in the spring. Senior shortstop Cash Herber said it just felt good to be back.

“Right now, we’re doing infield, things that we worked on yesterday that I as a coach would like to see everybody doing correctly,” Linsenmeyer said. “Just the mechanics, from prep steps from glove work.”

Players practiced hitting their cut off and relaying throws into home plate. Linsenmeyer emphasized details like swiping a tag on the base to simulate a sliding runner and receiving a relay throw in a straight line to the catcher.

Baserunning and similar physically draining drills are coupled with a different type of practice. Linsenmeyer said later in the camp the team would review more complicated defensive sets similar to a basketball or football team practicing plays.

The camp had an interesting look as sixth graders shared a field with seniors on the varsity team. There was competition, as younger players tried to prove they belong on the same field as more experienced players. There was also mentoring, as older players perfected flawed technique and sent encouraging chirps from the dugout.

“It makes us better because it helps us think about it more because we just do it so we’re so used to it, but explaining it to someone we think of stuff we’ve never thought of,” Herber said.

Herber will be one of the Lady Pioneers helping the varsity team find a new identity this season. Stillwater lost a large chunk of the production that fueled a run in the state championship bracket last season.

Linsenmeyer said the Lady Pioneers will have to adapt and become a faster offense.

Herber said showing up to a team practice without the usual suspects in the SHS lineup is a bit nerve-racking.

Boot camp can help the Lady Pioneers loose some nerves and find a new identity.

“We have to find a way to make our own identity because I don’t think that we’re going to be anything close to the style of play that we were last year,” Linsenmeyer said. “We’re going to have to just make our own path.”