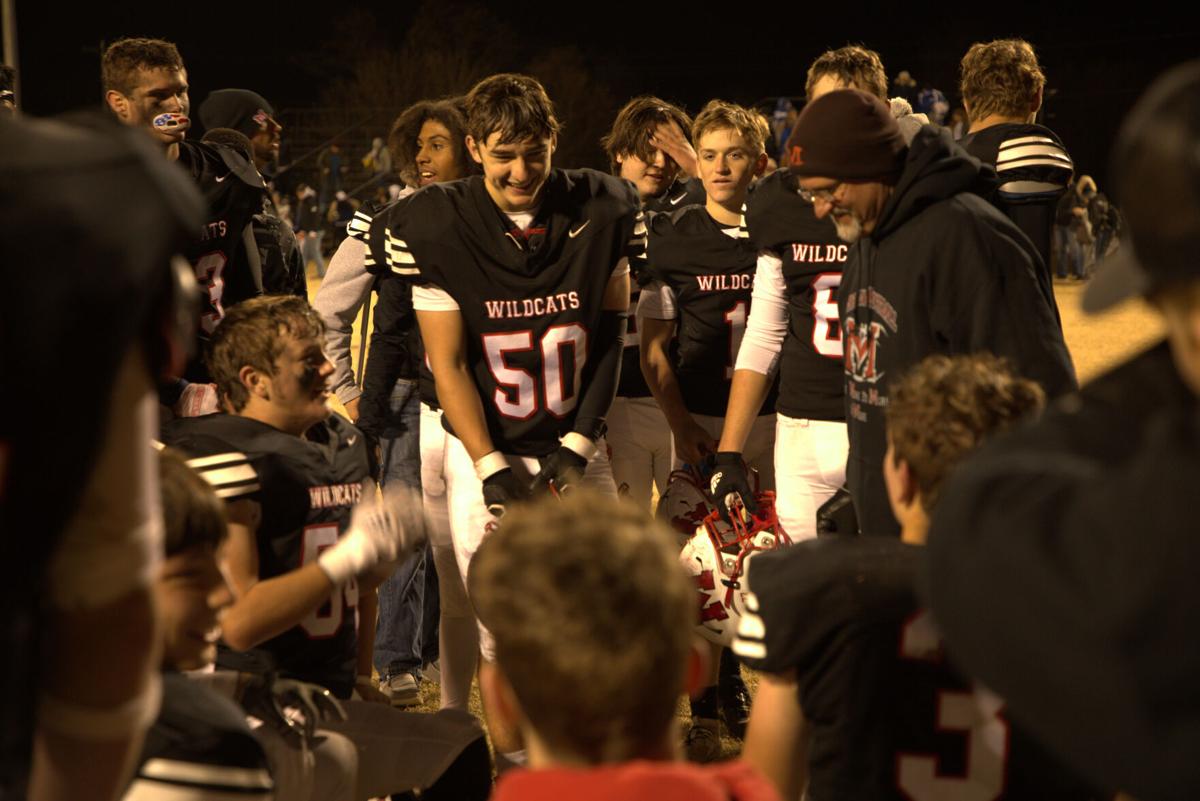 The Morrison football team celebrates winning a Class A playoff game against Stroud. The Wildcats won 42-8 to advance to the quarterfinals. 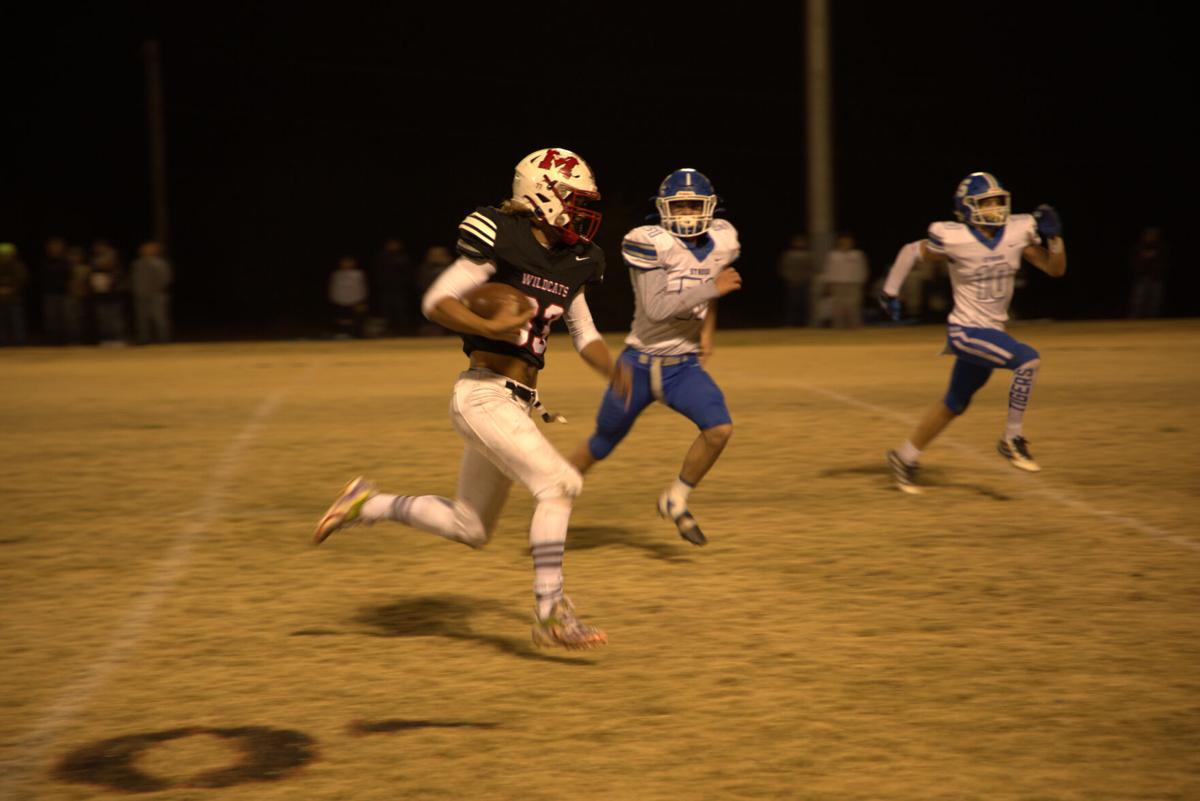 The Morrison football team celebrates winning a Class A playoff game against Stroud. The Wildcats won 42-8 to advance to the quarterfinals.

MORRISON – A pair of critical drives for Morrison both started off of takeaways, but in vastly different places on the field.

Thankfully for coach Cory Bales and the Wildcats, they finished in the same place: the endzone.

Morrison beat the Stroud Tigers 42-8 on Friday night, advancing in the playoffs to play Tonkawa next week.

A key part in the game came halfway through the second quarter. It was shaping up well for the Tigers. Their 13-play march down the field was almost complete. But with the ball on the Morrison 3-yard line, senior linebacker Harlee Goldman went on a blitz.

Goldman said it happened really fast, but he remembered getting to the Stroud ball carrier and  punching at the ball with his right hand.

Goldman forced a fumble and Morrison recovered the ball, getting a stop to keep the game scoreless. The Tigers then started a long march of their own in the opposite direction.

“That was a big play,” coach Cory Bales said. “Stopped that drive and stopped the momentum.”

Senior quarterback Jalen Powell (10-16 passing for 150 yards) and senior running back Tyler Voss (20 carries for 155 yards) were the main architects of the subsequent Morrison drive that went 97 yards for a score.

Powell completed four passes on the drive, including a 45-yard strike to senior receiver Rocky Woods. Voss bounced a run play to the left side and dove in from 2 yards out to give the Tigers a 6-0 lead at 2:16 in the second quarter

Powell ran to his right on the next play and pitched it to Voss on the option for a successful 2-point conversion to make the score 8-0.

The Wildcats landed one punch, but they were not done with their combination. Morrison senior cornerback Jalen Powell picked off a pass lofted down the Stroud sideline on the Tigers’ ensuing drive.

Fresh off a 97-yard scoring drive, the Tigers strung together another drive, this one originating from excellent field position around midfield. Powell, Voss and Woods all contributed, and a 4-yard pass from Powell to Woods with 20 seconds to go in the half put Morrison up 16-0.

“The big play to me was the touchdown before the half,” Bales said. “Right before half, opening up to a two-touchdown lead. That was a big part of it.”

Morrison displayed a steely ability to finish off opponents. The stifling defense held up, and the Wildcats got ample opportunity to flex their prowess rushing the football.

“It was definitely fun,” Voss said. “It was surprising. Thought they would come out hitting a little harder than that, but it is what it is. That’s what we know how to do is run the football. It’s what we like to do.”

The Wildcats started a second-half drive at their 51-yard line and handed the ball off to Voss six straight times. Morrison chewed up yards and clock and Voss punched the ball in from 15 yards out for his third score of the night with about three minutes remaining in the third quarter.

Junior Braxton Sloan delivered the final, much quicker blow in the game when he took a rush 85 yards to the end zone down the Morrison sideline. The Wildcats finished with 287 rushing yards.

The dash put the Wildcats up 42-8 and propelled them to the next round of the playoffs.

“It’s always a good feeling when you’re in the final eight and you’re practicing over Thanksgiving,” Bales said. “That’s one of our goals every year. We have a special time for that.”

Morrison’s next opponent will be a rematch from nondistrict action. The Wildcats will square off with Tonkawa, which narrowly beat No. 4-ranked Fairview on Friday with an 18-15 final. Tonkawa won the regular-season matchup with Morrison, 27-16. Tonkawa’s only two losses on the season were a 20-point loss to No. 3-ranked Cashion in district play, and a 13-12 loss to Perry out of Class 2A.