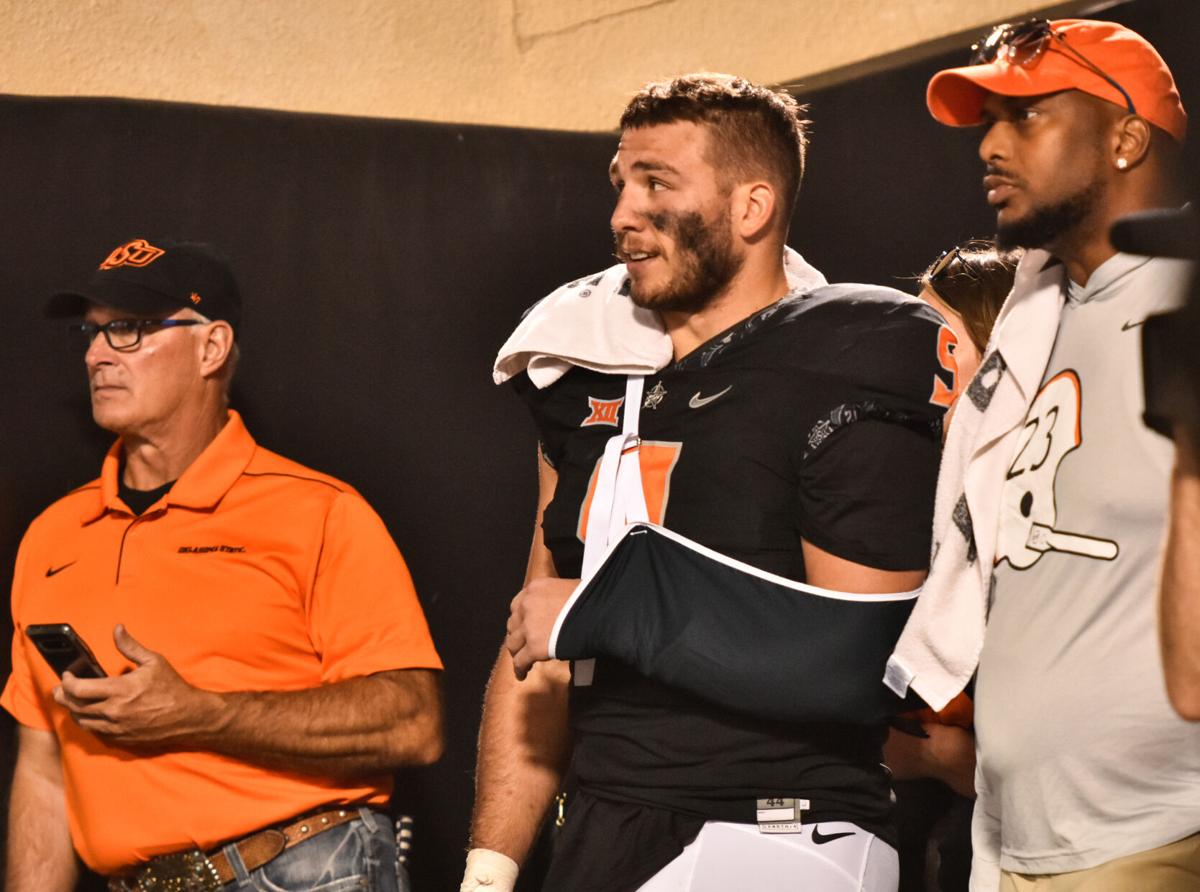 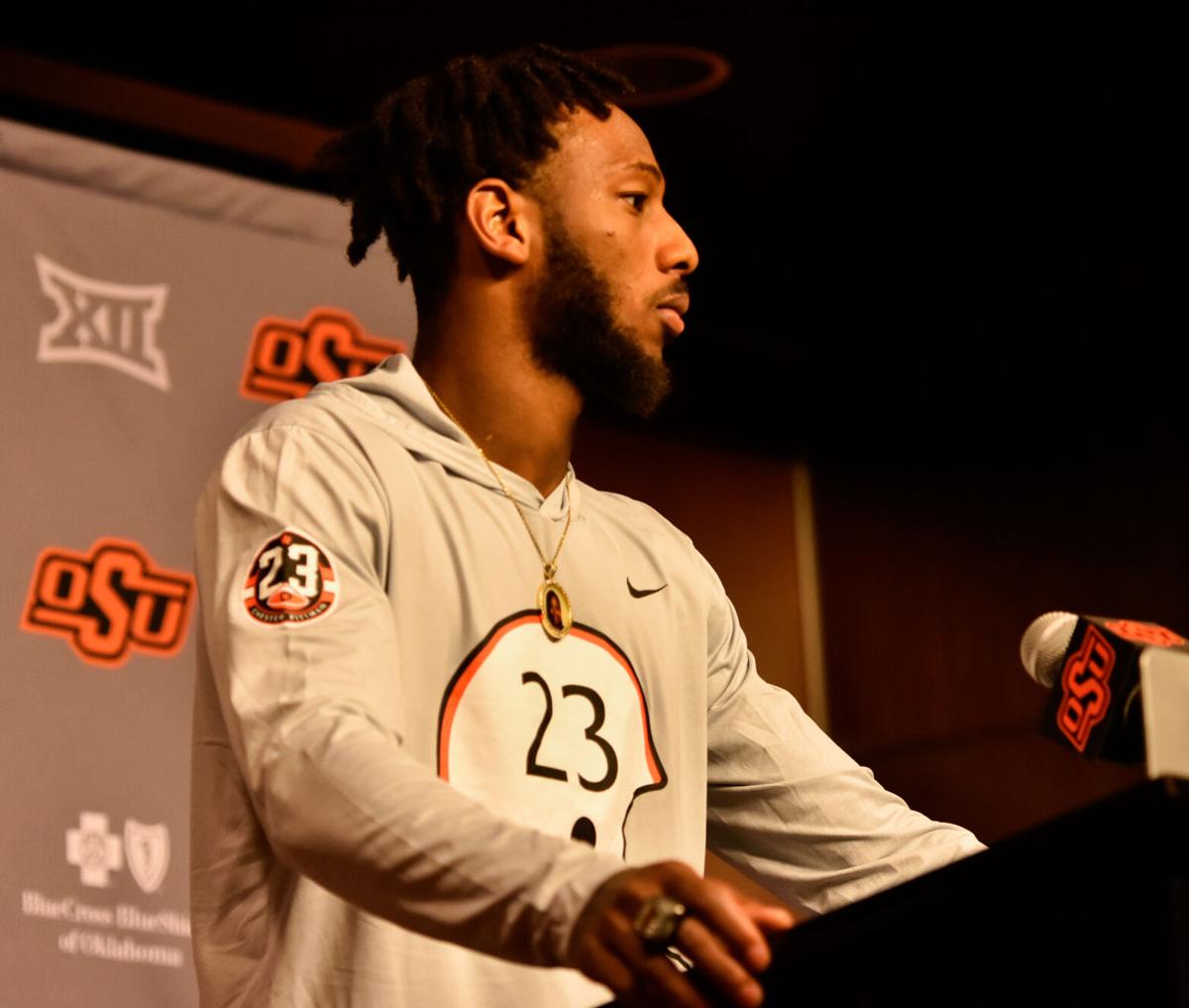 Brock Martin treated his left arm with caution as he walked off the field.

An athletic trainer steadied Martin’s arm while they headed to the sideline after Martin had been down on the turf for a few moments. The Oklahoma State football team opened Big 12 play with a 31-20 victory against Kansas State on Saturday night at Boone Pickens Stadium, but Martin, a redshirt senior defensive end, couldn’t finish the game with his teammates.

He was shaken up on a third-quarter play when he recorded a quarterback hurry, and he returned to the sideline during the fourth quarter with his left arm in a sling.

“I think that he will be back in a few weeks,” coach Mike Gundy said. “I don’t think it was something that would end the season. He’s had some shoulder problems and stuff, and I think he’s got it dinged up again.”

With defensive end Trace Ford out for the season after two ACL tears, the Cowboys’ depth on the defensive line has diminished. Martin’s temporary absence will likely lead OSU to rely more heavily on Collin Oliver, a freshman who has already rotated into the lineup on a regular basis. Oliver recorded two tackles against the Wildcats.

Although Brock Martin added to the Cowboys’ list of defensive injuries, OSU regained depth on offense. Receiver Tay Martin returned from an ankle injury, and fellow pass-catcher Blaine Green entered the lineup after missing the first three games with injury.

On the opening drive, Kansas State crossed midfield and started charging toward the end zone. The Wildcats nearly scored a touchdown, but Bernard-Converse’s disruptive defense helped restrict them to a field goal.

Although Bernard-Converse might not brag about the early spark he gave the defense, teammates Rodriguez and Harvell-Peel made sure to give him credit.

“I love Jarrick, he’s a great dude, and to see him make plays like that, I’m happy for him.”

Each helmet was adorned with a round decal that included Pittman’s name, a large “23” in reference to his jersey number and a football displaying the initials “CP.” The Cowboys also honored Pittman before the game, wearing gray hoodies featuring a vintage “No. 23” helmet design as they walked to Boone Pickens Stadium.

Pittman, who played high school football at Wewoka, was an OSU freshman in 1957, and he joined the Cowboys’ starting lineup the next season. Pittman died at 83 in December.

Tay Martin, the receiver who led OSU with 100 yards on Saturday, said learning about Pittman’s story and wearing the gray hoodie gave him extra motivation for the game.

“I was proud to wear this today,” Martin said. “And if it wasn’t for him, I wouldn’t be standing here today.”