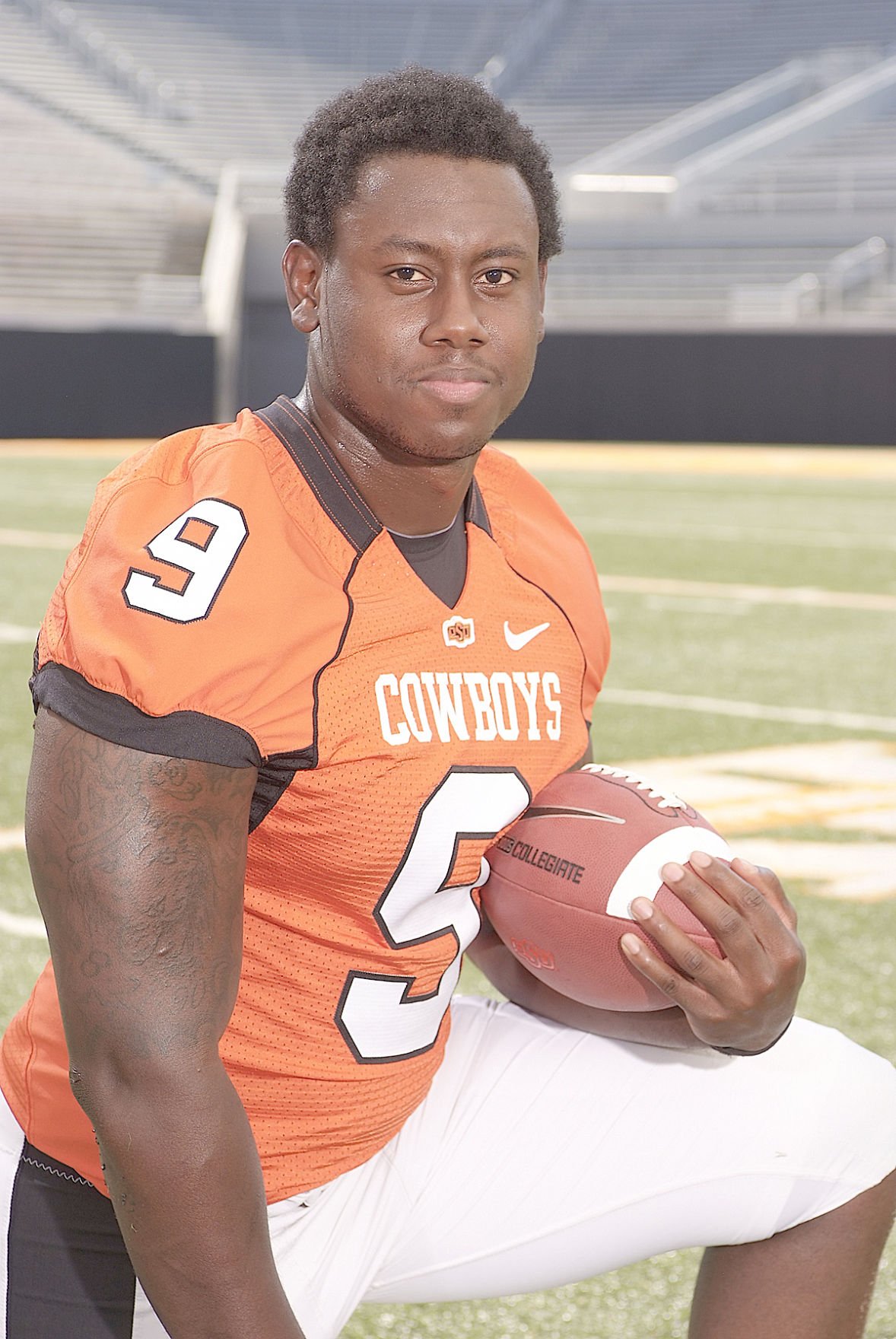 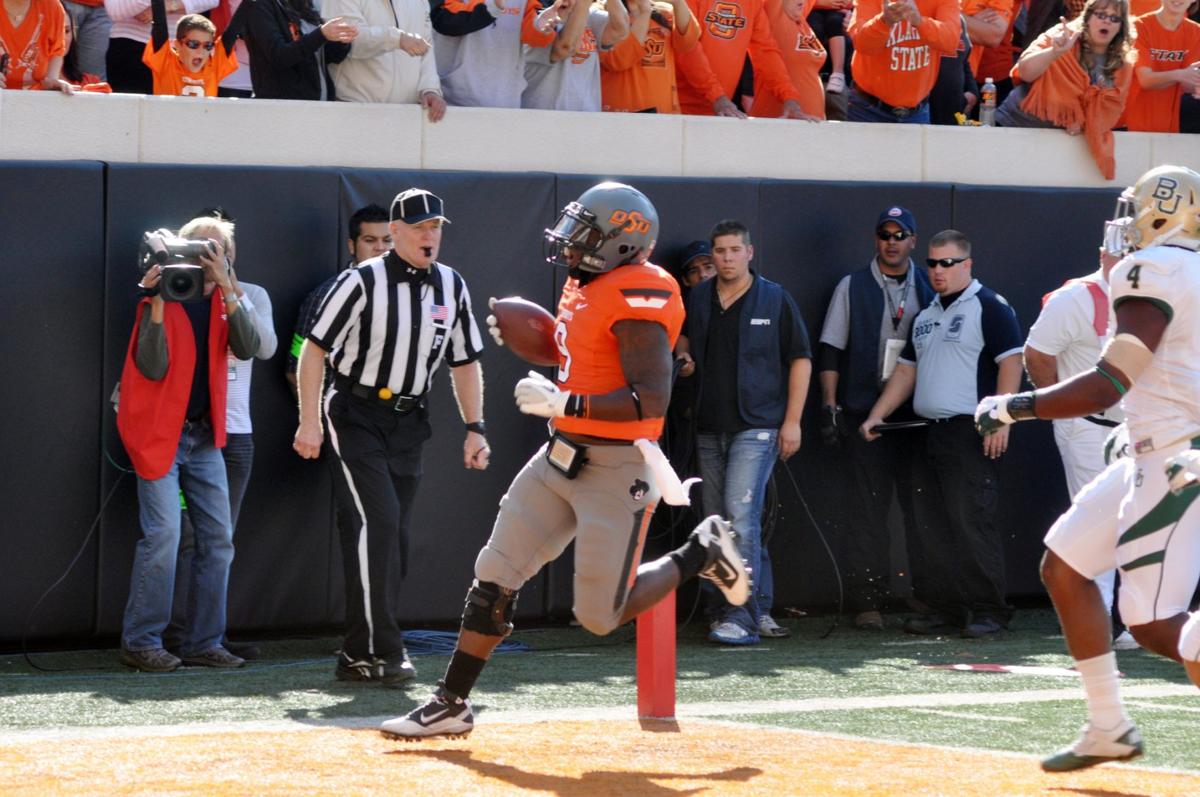 Oklahoma State fullback Kye Staley scores his first touchdown as a Cowboy on Saturday against the Baylor Bears. The touchdown was special for Staley and his teammates.

Oklahoma State fullback Kye Staley scores his first touchdown as a Cowboy on Saturday against the Baylor Bears. The touchdown was special for Staley and his teammates.

Oklahoma State’s season-defining moment came on an 18-yard touchdown pass with 4:37 left in the first quarter of the Cowboys' 59-24 homecoming victory over Baylor.

The touchdown pass to Kye Staley didn’t ice No. 3 OSU's 8-0 start. It didn't establish a school record. It didn’t mean a lot to anyone outside the Oklahoma State football program.

The Guthrie running back joined the OSU program in 2008. He redshirted that year. Staley’s football career nearly ended during fall camp in 2009. An injury destroyed his knee. Nerve damage left Staley with leg and foot numbness. Doctors didn’t know if Staley would walk again much less play football. Staley limped away from the game he had played since childhood.

“It was one of the toughest decisions of my life,” Staley said. “Football had always been a big part of me, but I had to look out for myself.”

Football kept calling to him and he finally answered last year.

“I just felt like I had given up too soon and didn't  let time heal me. I’m just glad I made the right decision to come back and play,” Staley said.

Staley led all rushers in this year’s spring game with 55 yards on 11 carries. This fall, he has caught eight passes for 57 yards and had 1 rush for 4 yards.

OSU offensive coordinator Todd Monken added another pass play for Staley during the Baylor week, hoping to get Staley his first career touchdown.

“Here’s the situation. You are on the ball. You've got Black (Justin Blackmon) on the post and the safety has to make a decision because the corner can’t cover him. … That was the key. The safety backed up and covered Black. It doesn’t always work that way. Luckily, it worked out that way and Brandon took his time because he (Staley) was so wide open,” Monken said. Weeden had overthrown Staley on the play during practice.

Staley wasn’t worried about Weeden's pass. He just wanted to make sure he caught it.

“I was hoping I didn't catch it and get cleaned – like out of nowhere blindsided – or I catch it and trip or step out of bounds. I caught it, looked up field and ran as fast as I could to the end zone.”

Staley said he didn't realize he was wide open. “I looked around and said 'Oh my goodness, I have to score this.'’”

“Anything that Kye does is an enjoyable thing for me to watch because of what he has gone through,” Gundy said.

It was exciting to score on homecoming with his family – mother and sisters – in the stands, Staley said.

“I'm pretty sure they are happy. I'm going to talk to them when I get up here. Hopefully, she didn't break it down or nothing like that,” Staley said during a postgame interview..

Weeden said he will never forget that touchdown pass to Staley because Staley's story is “special.”

“For him to get a touch and get in the end zone, I literally had chills when I was celebrating with him. It was unbelievable.”

It was so unbelievable that Staley didn't have a touchdown celebration planned.

“I held the ball the whole time. My celebration was like 45 seconds. I was kind of scared I was going to get a flag. I just took a knee and thanked the man above for blessing me for being able to get a touchdown finally and blessing me in so many ways – being able to walk and being where I am at right now.”