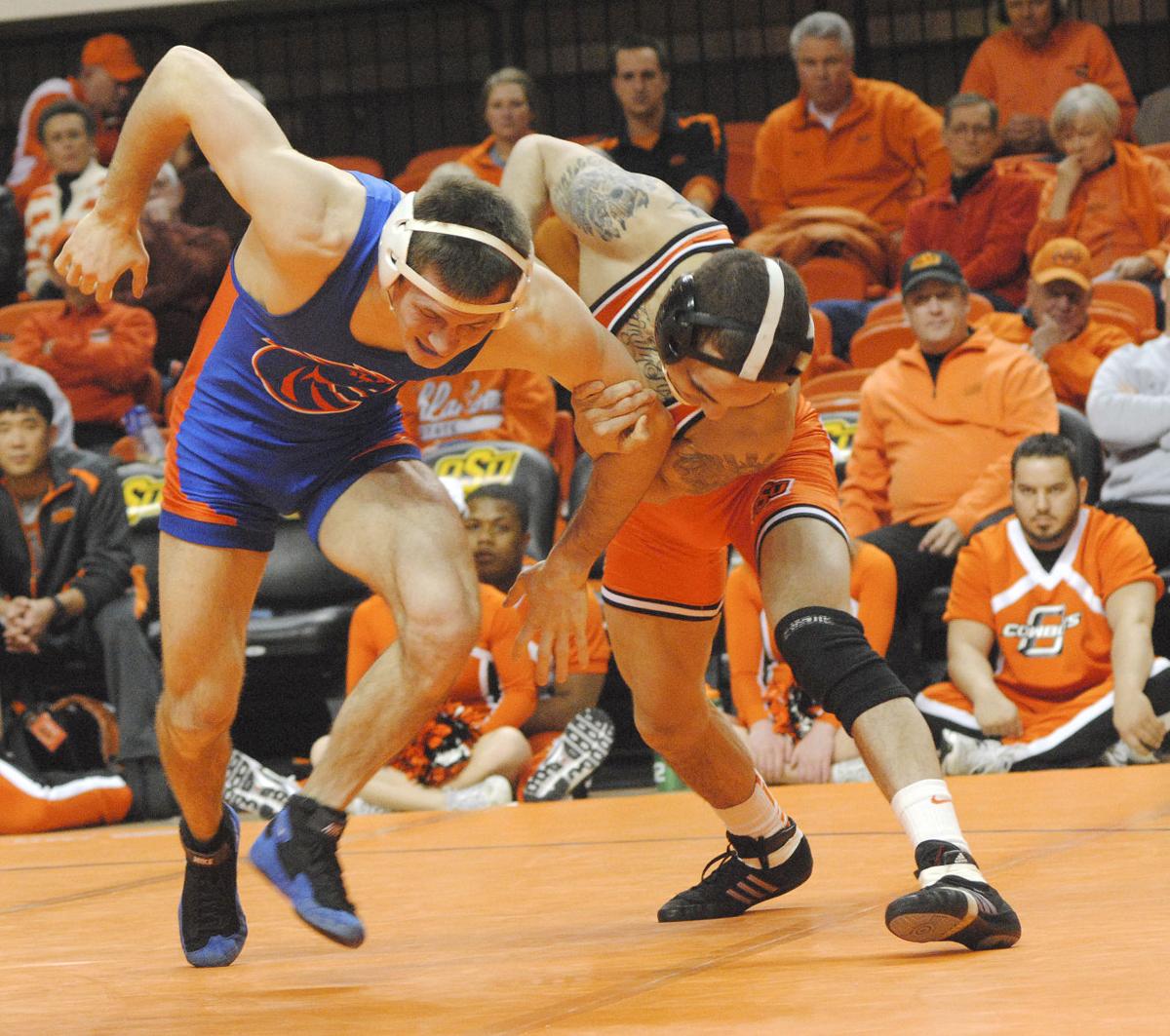 OSU's 133-pound wrestler Jordan Oliver attempts a takedown against Boise State's Andrew Hochstrasser on Friday night. No. 1 ranked Oliver got a 5-2 decision over No. 2 ranked Hochstrasser. 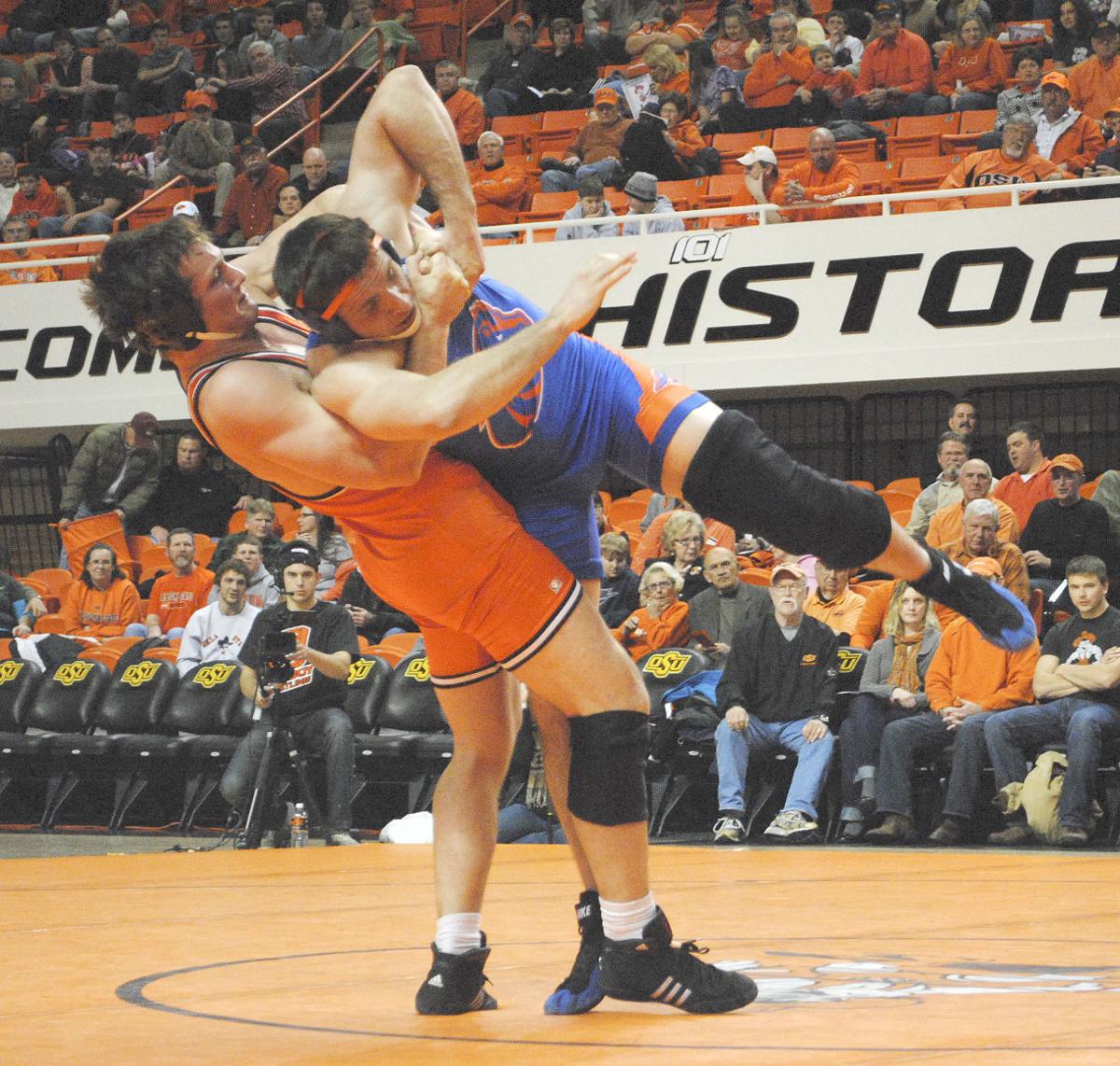 OSU's 133-pound wrestler Jordan Oliver attempts a takedown against Boise State's Andrew Hochstrasser on Friday night. No. 1 ranked Oliver got a 5-2 decision over No. 2 ranked Hochstrasser.

A trio of Cowboys picked up big wins as No. 4 Oklahoma State bounced No. 8 Boise State, 28-6, Friday night at Gallagher-Iba Arena.

OSU’s Jamal Parks give Boise State’s No. 3 ranked Jason Chamberlain his first loss of the season with a 3-1 sudden victory win in overtime at 149 pounds.

Oklahoma State’s 197-pound wrestler No, 9 Chris Perry picked up a medical forfeit in the third period when Boise State’s Kirk Smith couldn’t continue the match because of a leg injury. Smith, No 1 at 197, injured his leg in the second period. Perry got a point for an escape in the third before the bout was halted.

Oklahoma State’s top ranked 133-pounder, Jordan Oliver, kept his 20-0 record intact with a 5-2 decision. over the Bronchos Andrew Hochstrasser, who is ranked No. 2. Oliver, who beat Hochstrasser, 8-7, in November during the NWCA 2010 All-Star Classic – recorded two takedowns in the victory.

“We did a good job. We beat some guys who were very tough and had been wrestling well throughout the season, OSU wrestling coach John Smith said.

Oklahoma State wrestlers have room for improvement, he said, adding his squad needs to “need to wrestle every second of every period. We still have got some guys trying to piece some matches together.”