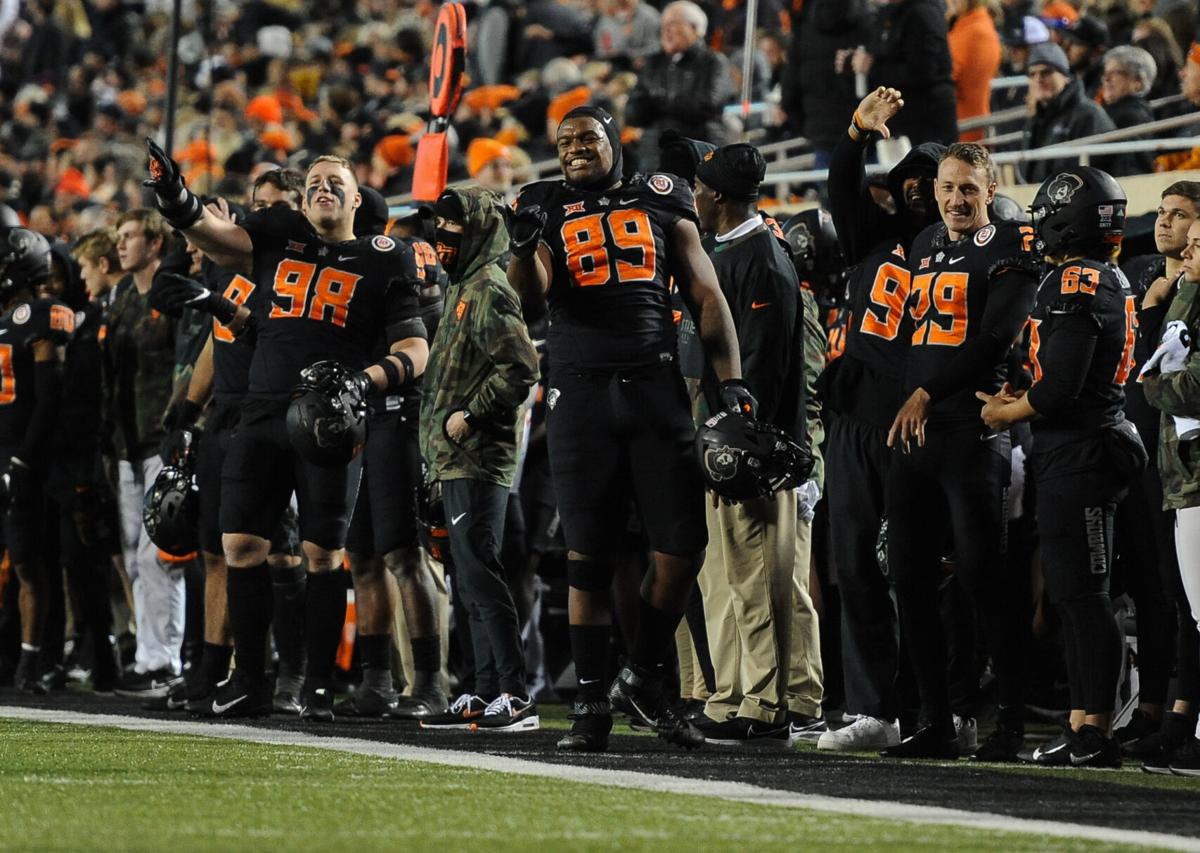 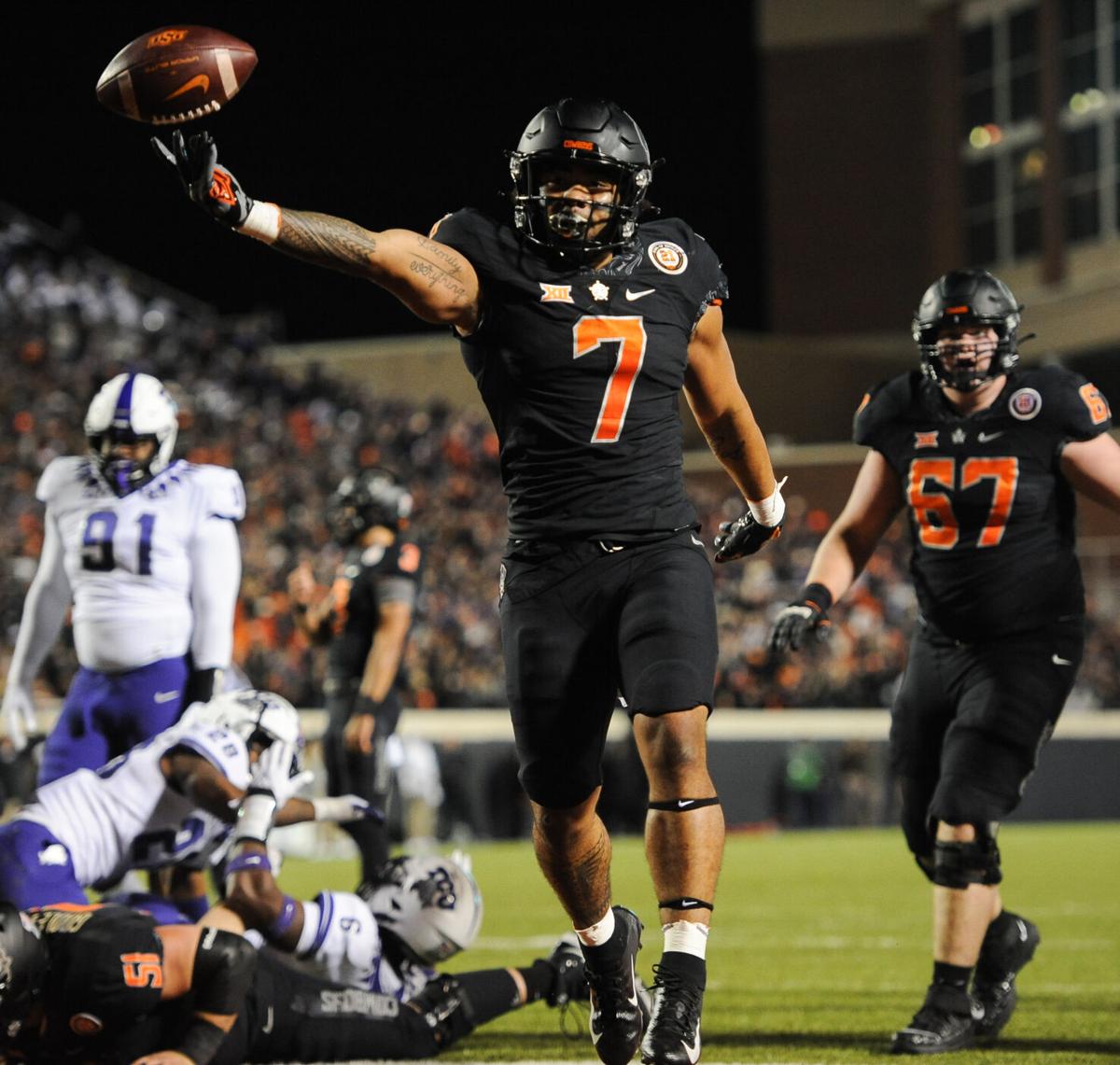 Jaylen Warren and the Oklahoma State football team are ranked ninth in the latest CFP poll. 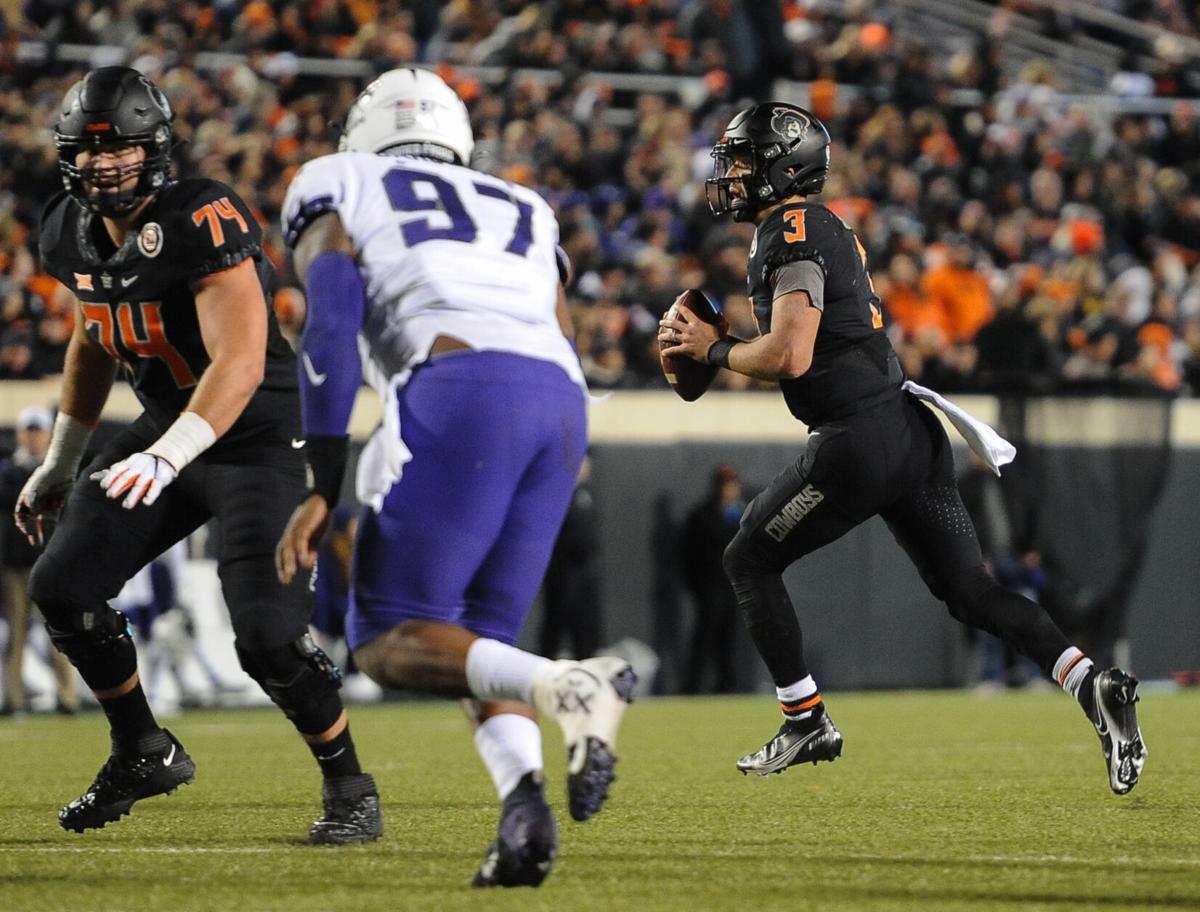 Barry Sanders was beaming throughout Saturday evening as Oklahoma State paid tribute to the football program’s only Heisman Trophy winner with a statue and induction to the Ring of Honor.

But based on the comments from those who knew him well, he was likely beaming just as much by the play of his alma mater on his special night.

In Sanders’ Heisman season, he averaged 7.6 yards per carry. On Saturday night, the Cowboys nearly matched that mark – averaging 7.1 yards per carry to come three yards shy of combining for 450 yards on the ground.

And just like in Sanders’ historic season, Oklahoma State didn’t have to turn to its starting running back – Jaylen Warren – for much of the second half, and not at all in the fourth quarter.

The game wasn’t perfect for the Pokes, but it was the closest they’ve been to perfect as a whole this entire season.

The starting defense of the Cowboys held its opponent without a touchdown for the third-straight game – TCU’s two touchdowns coming in the fourth quarter with a rushing score against OSU’s backups and on a fumble by OSU’s backup quarterback.

But it was the offense that finally complemented their counterparts on the defense that now has many questioning if this the reality of Oklahoma State football. Is this a team that is playing its best on both sides of the ball at the right time of the year (with two regular season games remaining, and potentially a Big 12 Conference championship game berth within reach)?

Oddly enough, the chaos that has bubbled up throughout the Big 12 may be the perfect formula to aid the coaching staff in keeping the Cowboys locked in down the stretch.

While the closest Oklahoma State has gotten to the chaos is the three-point loss at Iowa State a month ago, they have been able to avoid any major pitfalls while half of the team was still trying to find its way through games.

The past three opponents for Oklahoma State have all had losing records. And keeping teenagers and young adults engaged isn’t always easy – Gundy has stated that himself, and any parent reading this will likely agree.

But each of those opponents had the attention of the Cowboys because of how they performed in the week prior – Kansas nearly knocking off Oklahoma, West Virginia upsetting Iowa State and TCU beating a top 20 Baylor team. And it will be the case again this week, thanks to Texas Tech becoming bowl eligible for the first time since 2017 with a win over Iowa State on Saturday.

Each of these four games leading into Bedlam could have just as easily been a trap game. But even Tech will now have Oklahoma State’s complete attention.

“You’re constantly thinking about … potential scenarios, but at the end of the day, there’s three and half to four hours that you’re on the field and that’s the only thing that matters,” sophomore receiver Brennan Presley said. “After the game, before the game, you can focus on anything you want, but for those four hours that you’re on the field, that should have your full attention.”

A large part of that is the leadership that the Cowboys carry into practice, the film room and on game day.

It’s that veteran leadership – especially on the defense – that also kept this team within the bumpers when the season could have easily careened off a cliff while the offense was struggling to find itself for the first half of the season.

It will be that same leadership that won’t allow the team to look big picture.

This is a team that may have the best chance to end Oklahoma’s reign of terror in the Big 12 championship game – especially the team that showed out in Boone Pickens Stadium on Saturday.

Fortunately, they have found this at the right time – with Bedlam looming in two weeks, potentially the Big 12 title game in three weeks and with the eyes of the nation now squarely on them as they are the Big 12’s best hope for a College Football Playoff spot, looking better in the “eye test” than the Sooners team (with whom they sit atop the conference standings alongside).