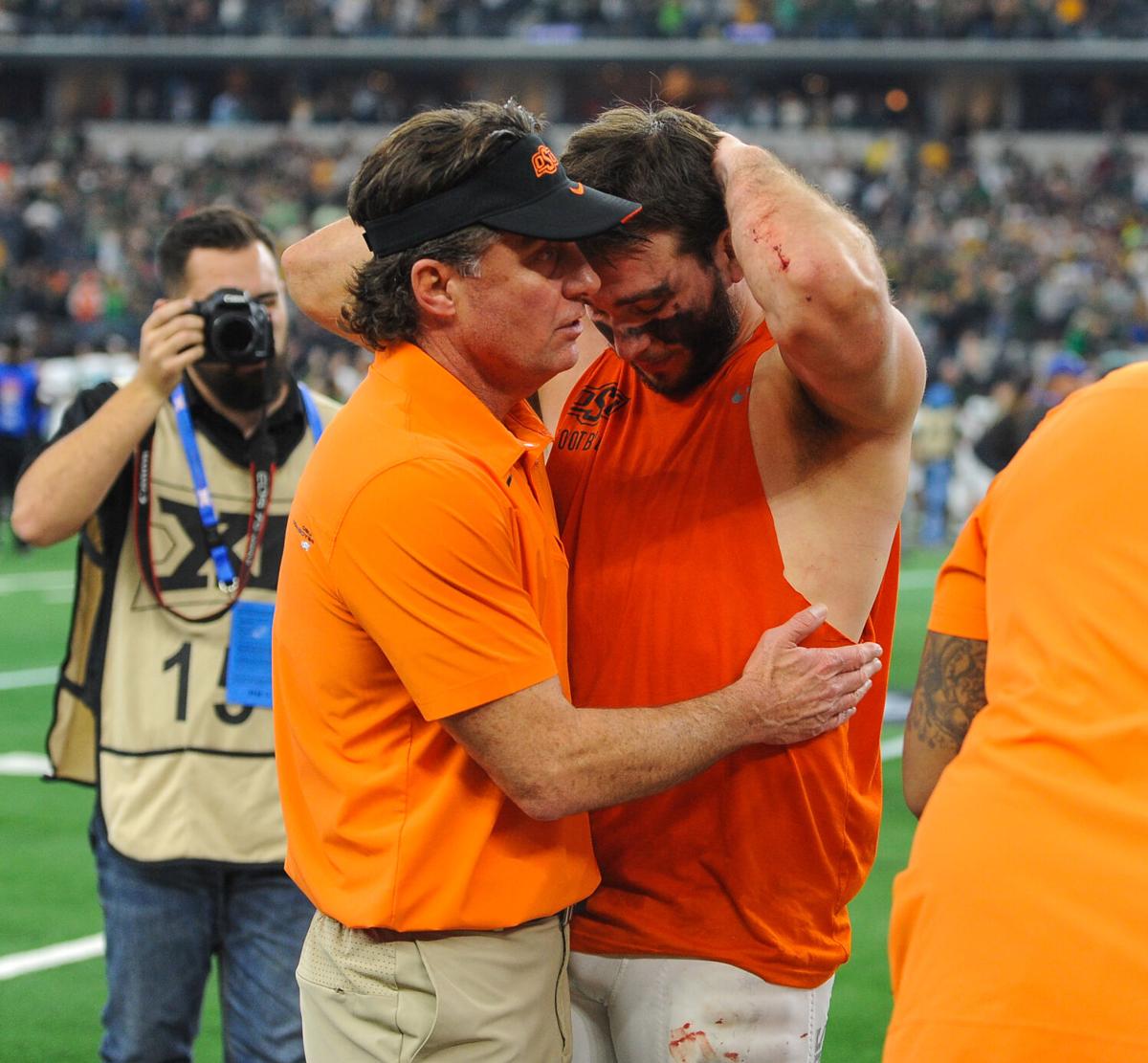 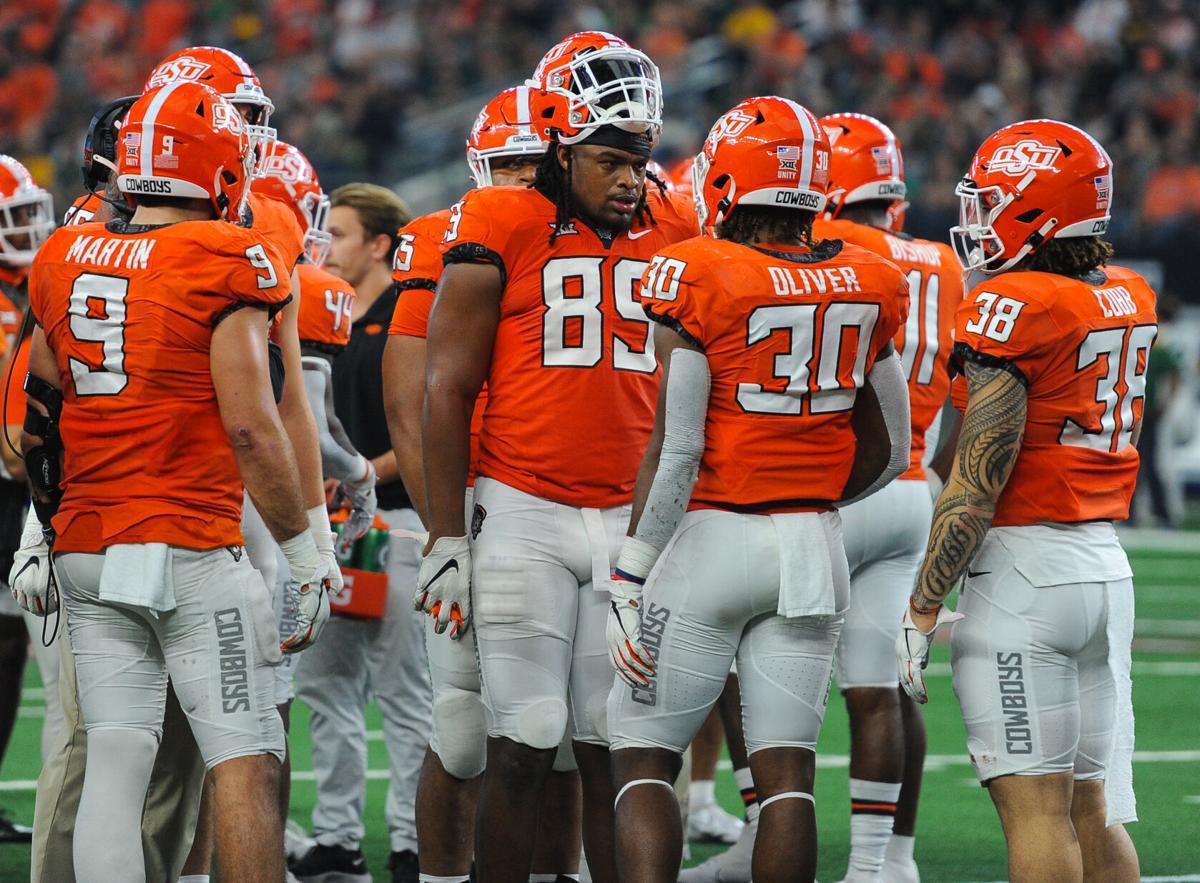 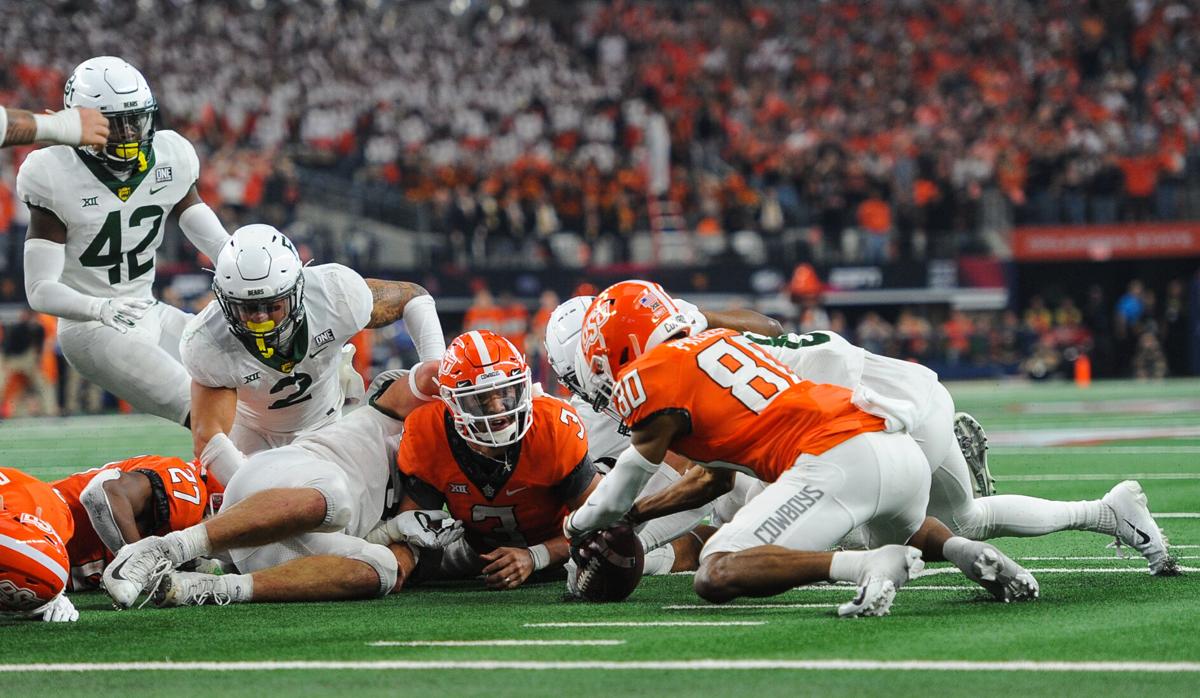 ARLINGTON, Texas – A bloodied Brock Martin pulled up a chair and soaked in the moment.

It was a moment he was hoping to be a part of, not to be watching as a bystander on the Oklahoma State sideline as Baylor celebrated a Big 12 Conference Championship.

Mike Gundy walked down the sideline trying to get his players who sat in shock along the sideline, getting last to Martin and gave him a hug, as drops of blood dotted Martin’s arm and sweat dropped from his forehead.

The Oologah native was the epitome of the cliche – he had just put his blood, sweat and tears on the line for the Cowboys, and in the end, he had nothing to show for it in the form of a Big 12 Conference championship.

Martin had told the media earlier in the week he was “tired” of having to hear about the 2011 Cowboy team that still claims Oklahoma State football’s only Big 12 championship, and how he intended to change that Saturday at AT&T Stadium in Arlington, Texas.

He, and the Cowboys, may not be bringing the trophy home with them, but they showed just how willing they were to do so.

Playing the worst half of football all season in the first 30 minutes of the game – spotting Baylor an 18-point first half advantage – the largest deficit of the season for OSU – the Cowboys could have just easily tucked tail and headed back to Stillwater thoroughly defeated by the Bears.

Instead, they fought for every inch in the second half.

Unfortunately, as is the case in every sport, it sometimes comes down to one final inch.

But what was most impressive Saturday, is just how hard they fought to be even close to that final inch.

Spencer Sanders had his worst statistical performance since a five-turnover loss at Texas Tech two years ago, turning the ball over four times – though not all of them were directly on him, with constant pressure leading to some wobbly passes and one that bounced out of the hands of Brennan Presley on bone-crushing hit by a Baylor defensive back that landed in the waiting arms of a defensive end who just happened to be in the right spot at the right time.

And through his struggles, he still found a way to lead the offense to within six inches of a Big 12 championship title.

The script was flipped in the second half thanks to a word used by both offensive and defensive coordinators – aggressive.

Both Kasey Dunn and Jim Knowles said they took a more aggressive approach when down by 15 coming out of the half.

That led the Cowboy defense to pitching a shutout, and the OSU offense to putting up 10 points – and moving the ball 89.5 yards on the last drive to try to win it on a day where the offense has just two other drives over 40 yards (both coming in the first half).

“I told the guys before it started that we weren't going to leave anything on the call sheet, and I meant it,” Dunn said. “I wanted our guys to know that we were going to take some shots and, you know, go after it a little bit. We didn't want to take anything back home with us to Stillwater. We wanted to be aggressive in our play. Coach Gundy was on board with that. We wanted to go out and throw that ball around a little bit."

Oklahoma State didn’t come back to Stillwater with anything – no trophy, no plays still in pocket, no College Football Playoff hopes. But in reality, the Pokes can return home with pride.

It could have been an absolute blowout for the Bears with how the first half went, and instead, the Cowboys showed a championship resolve that just so happened to be inches away from earning them a championship trophy.