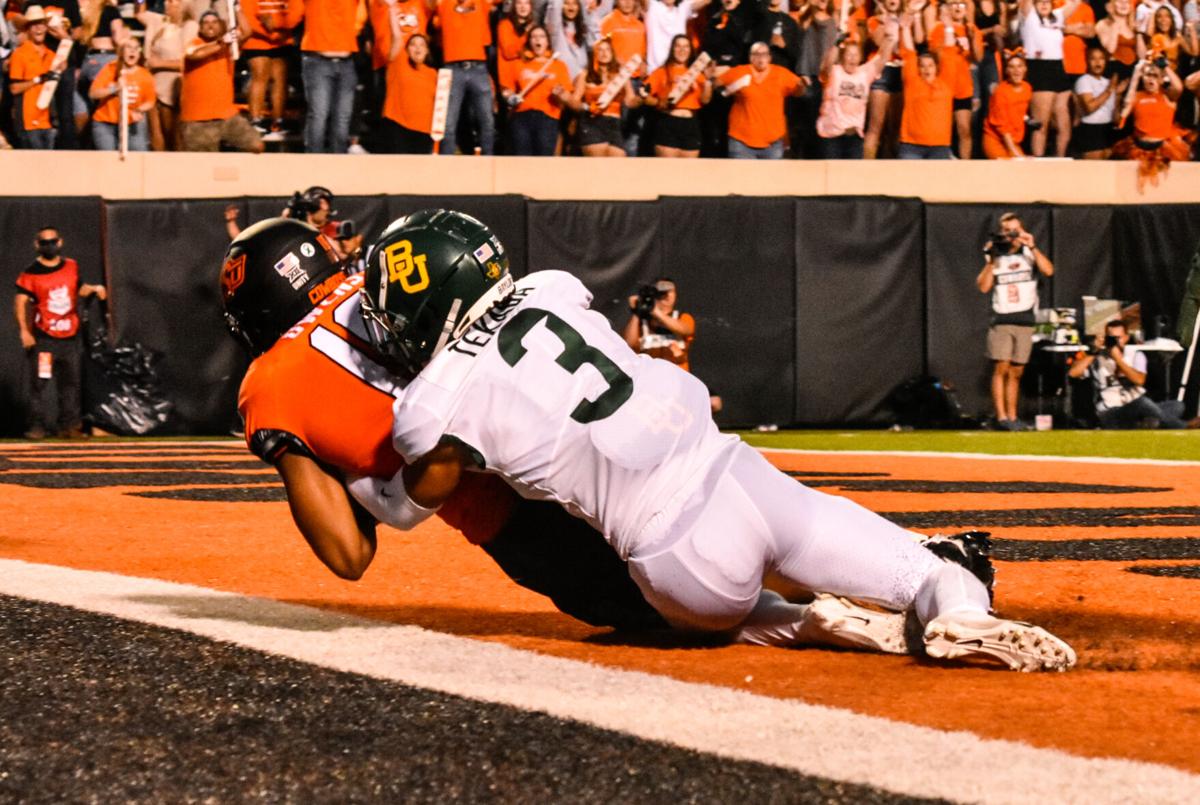 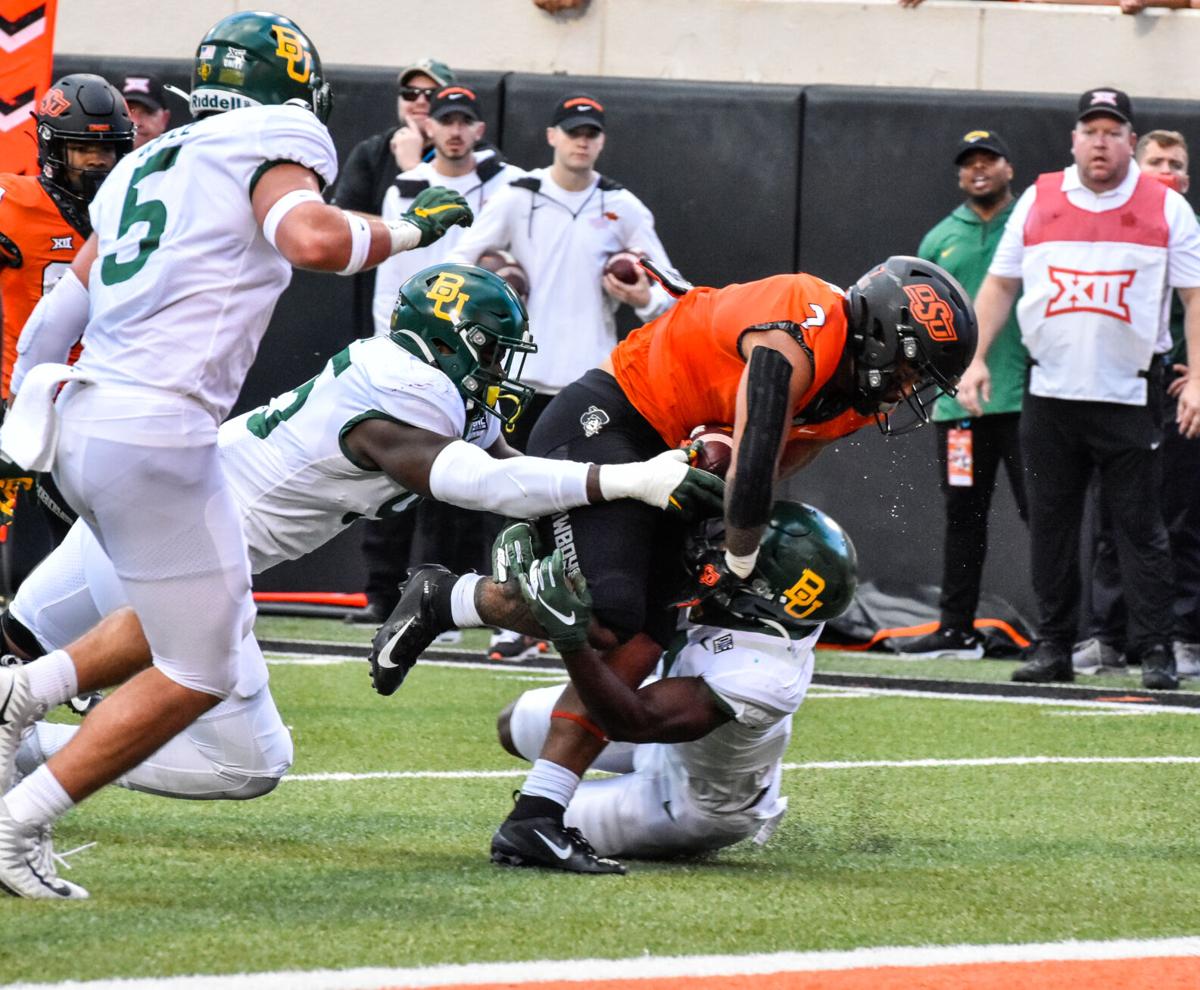 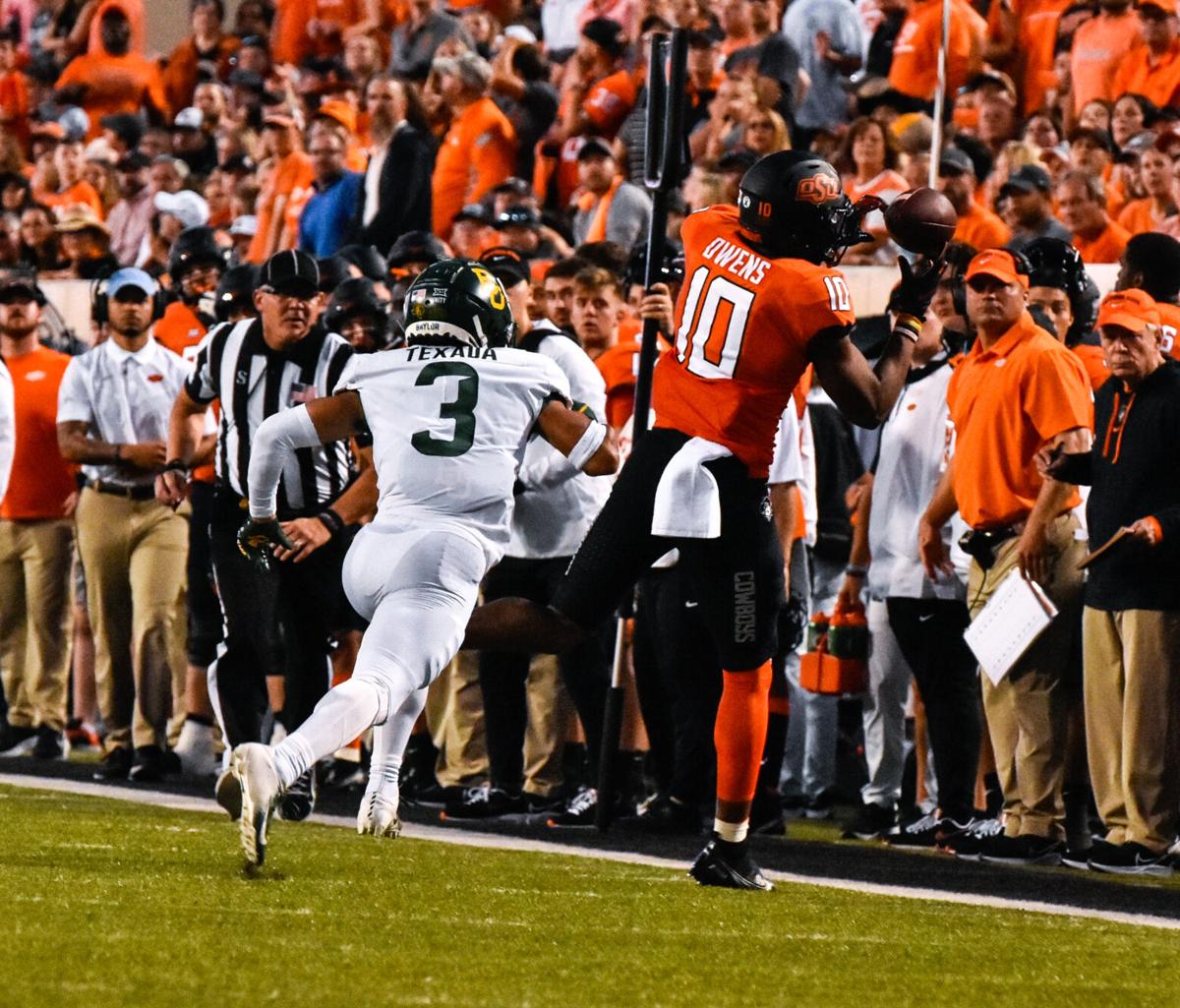 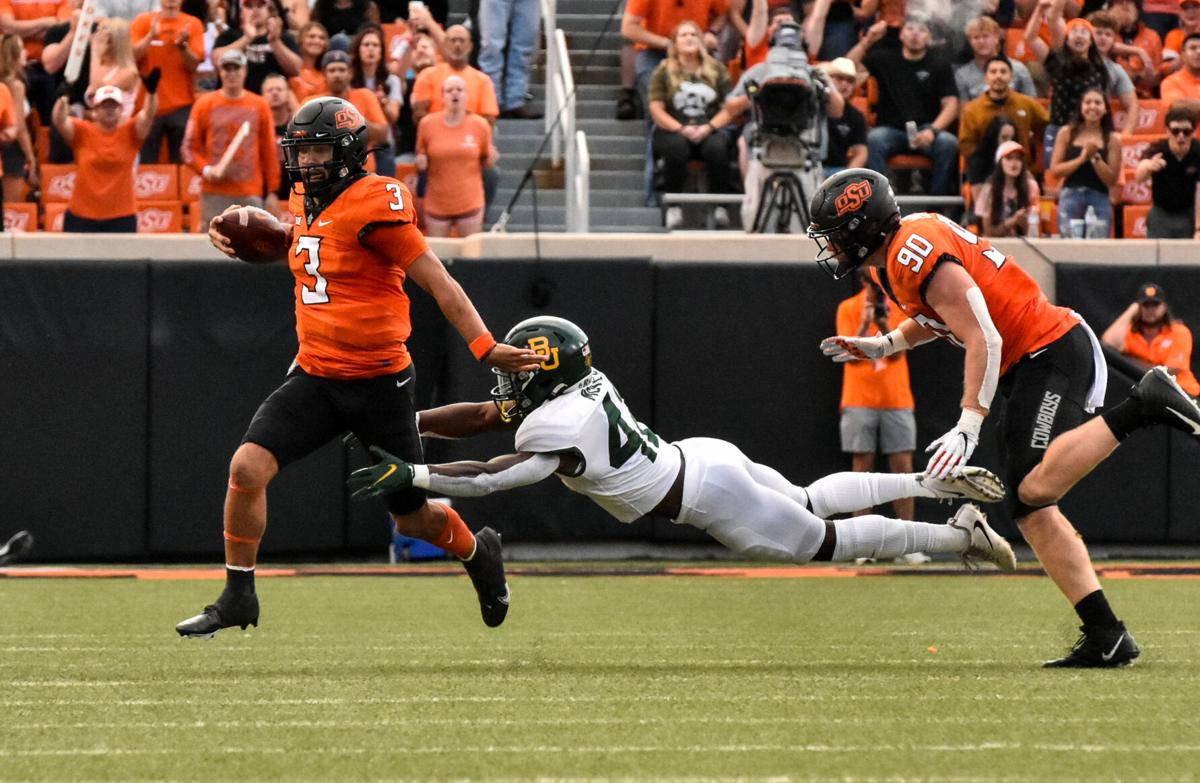 Brandon Weeden connected with two-time Biletnikoff Award winner Justin Blackmon in the back corner of the end zone at halftime of Saturday’s game, replicating a moment that happened many a time when Oklahoma State won the Big 12 Conference championship in 2011.

It was a reminder of the great offense that have graced Boone Pickens Stadium a decade ago as that team was recognized in a season where the Oklahoma State offense scored at least 31 points in every single game on its way to a No. 3 ranking at season’s end.

It’s also a stark contrast from what Oklahoma State’s offense has been this year.

The 2021 team has reached 31 points in a single game just once – in the Big 12 Conference opener against Kansas State.

For the better part of the past decade, Oklahoma State football has relied completely on its offense. It was at the forefront of an offensive movement that swept both college and professional football.

But with this team, it’s nowhere near the front.

In fact, it’s bringing up the rear in the league and the country.

The 25.4 points per game the Cowboy offense has totaled through the first five games is better than only Kansas in the Big 12, and just barely sneaks into the top 100 among the 130 FBS football programs.

Fortunately for the team – and the fans – the offense has been bailed out at every turn.

Spencer Sanders turned the ball over three times against Baylor – bringing his season total to four interceptions to five passing touchdowns – which should have spelled certain doom in a Top 25 matchup.

Instead, the defense limited a Baylor offense ranked No. 10 in the country with 42.8 points per game to a mere two touchdowns.

“We’ve got to play better at that position than he did tonight when it comes to turning the ball over,” Cowboy coach Mike Gundy said following the game. “He still made a lot of plays running, like he does ... and he’s a dangerous player, but we’ve got to minimize those mistakes.”

Turnovers weren’t the only form in which the Oklahoma State offense found in shooting themselves in the foot.

Four of Oklahoma State’s six penalties in the game were committed by the offense – a pair of holding calls, a false start (on first down) and an ineligible receiver down field.

The last of those offenses nullified a 35-yard pass play on a flea flicker called up by offensive coordinator Kasey Dunn that had receiver Tay Martin beating the secondary.

“I think a lot of it is focus,” Dunn said. “... Sometimes you’re in the wrong spot at the wrong time and the guys see it.”

It’s no longer an issue running the ball now that Jaylen Warren has established himself.

And the mix of inexperienced talent at receiver with the veteran play of Martin – who eclipsed 100 yards receiving for the third time this season – has given Sanders options in the passing game.

Sanders also continues to run the ball effectively when needed for a change of pace.

The pieces are there for an offense to score 30 points per game. It’s just figuring out a way to get all of those pieces to work in harmony at a more consistent rate.

Fortunately for Dunn and his offensive staff, they now have two weeks to try to get the offense on track

to complement the championship-caliber defense that has the Cowboys undefeated heading into what could be yet another Top 25 opponent in Texas – which faces Oklahoma before hosting Oklahoma State.